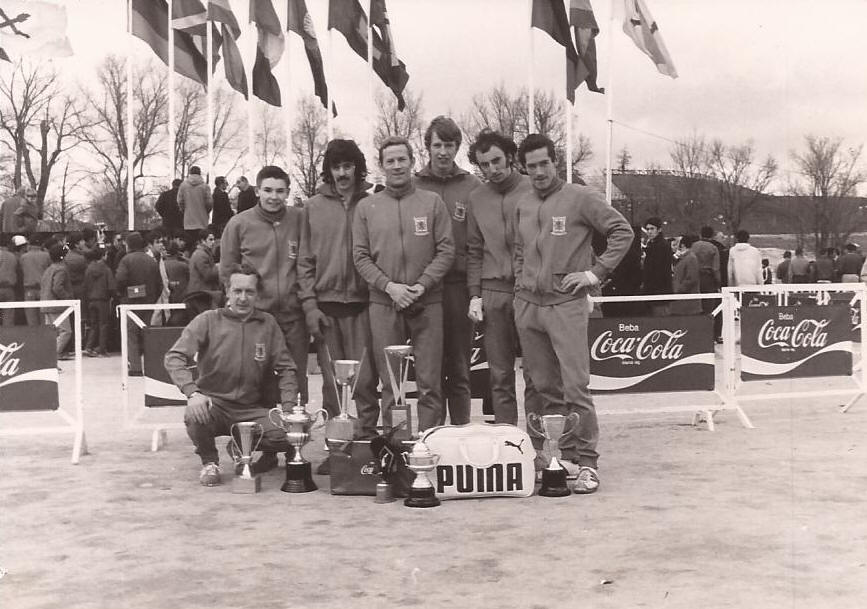 From time to time the question of who was the best ever Scottish endurance athlete raises its head.   We are fortunate that there are many candidates – on the Milers page we have Clement and Robson, for instance who were top men on the track and over the country.   However many of the athletes on this page are at least in the top five of any list.   A favourite for many is Lawrie Spence – a four minute miler and a top ranked marathon runner who was also captain of the Scottish cross-country team when Jim Alder ceased to hold the post; or Tommy Murray who won national titles on the road, on the track (indoors and out), over the country and was even an internationalist on the mountains!    The athletes on this page are those outstanding individuals such as Lachie Stewart and Ian McCafferty who could turn their talent to any endurance event and be a star there.    The same is true of many Scottish women –  we have 23 here and want to add to the number.  Those are the people we want on this page.

There have been many athletes who have come to Scotland  and taken a full part in athletics here and added to the sport.   Many of them were Irish, some came during the depression of the 20’s and 30’s looking for work in the Clyde shipyards; in more modern times many are students.  Some of them will be noted here in the ‘Fast Friends’ section.   There have also been a number of very talented runners whose appearance on the athletics scene, for one reason or another has been brief.   Some because they were entering demanding professions and for whom athletics was a student diversion,  others who left after a serious injury or injuries and some just left the country to live and work elsewhere.   These will appear in the ‘Shooting Stars’ section.

All in the Family