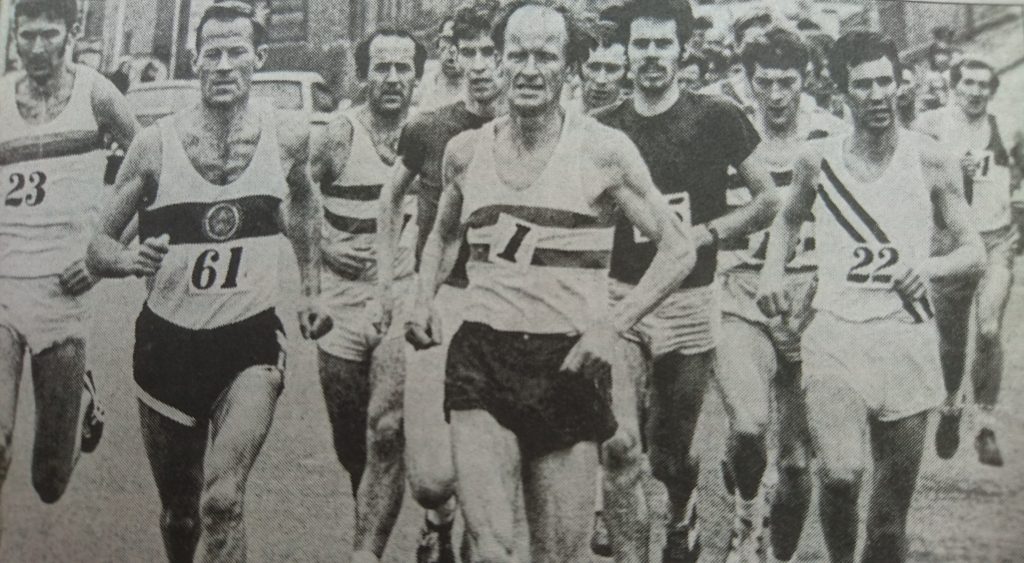 SAAA Championship and Commonwealth Games Marathon Trial, 16th May, 1970: from the left:

The Scottish marathon running tradition is a proud one with a whole succession of top class men turning out in the event.    This page will have profiles of some of the best of them – the aim is to have all of the top twenty marathon men either here or on the Elite Endurance page. Games medallists will also be here as well as Scottish champions.   The pictures below are of some of the Scots who took part in the London Marathon of 1985 and are from Graham MacIndoe’s excellent collection.   See more of them  here   This page will, like the others, be built up over the coming weeks.   The ultimate trophy for Scottish Marathon running was the Donald McNab Robertson Trophy.   The money to purchase the trophy was largely raised by subscription with donors from almost all Scottish clubs and individual athletes whether marathon runners or not, after Donald’s untimely death.   Colin Youngson has written the history of this trophy with all the winners and you can read about it  at this link.   Well, well worth a look if you are interested in Marathon running.

Into The New Millennium

The Marathon and Beyond

All who have run in Marathon Internationals between 1977 and 1990