In the year 2000 the Scottish Marathon Championship had been running for 55 years and was a triumph for those who had worked against all the odds after the 1939-45 war to have a Scottish championship.   That there had been good quality Scottish marathon runners from the very beginnings of the twentieth century there was no doubt; that Scots had played a major part in the development of British marathon running before the war, there was even less doubt, with runners such as Donald Robertson and Dunky Wright of Maryhill being Olympians and British champions.   Despite that there was no Scottish marathon championship and after the war, several road and marathon runners got together, formed the Scottish Marathon Club and worked hard to get the event established, and then to have it incorporated into the official SAAA Championships.   Towards the end of the twentieth century, the race was taken from the championships and lumped in with various mass marathons. 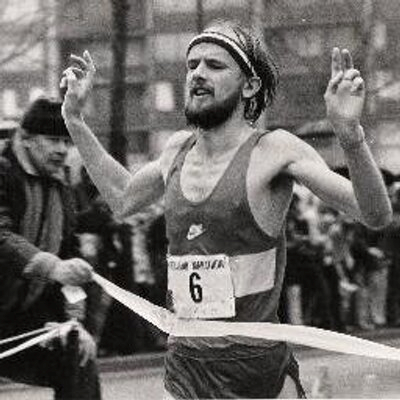 It was that story – of the event itself and of the many wonderful men and women who ran in national marathon championships that Fraser Clyne and Colin Youngson set about chronicling.   They did it well – they had been top class marathon men themselves with eight championship victories between them – and it was very well received when it appeared.   It is now out of print but is still keenly sought after.   My own battered copy is more battered every time I lend it to someone else because if you are known to have a copy, it seems as though the world is beating a path to your door.     They have agreed to it being made available through the website and it will be posted in various chronological sections with an introduction by Fraser to start with.   This version has many many more photographs in it than could be included in the print version and has an invaluable new table of statistics including all the placed runners in every SAAA/SWAAA marathon and all-time ranking lists for both men and women. 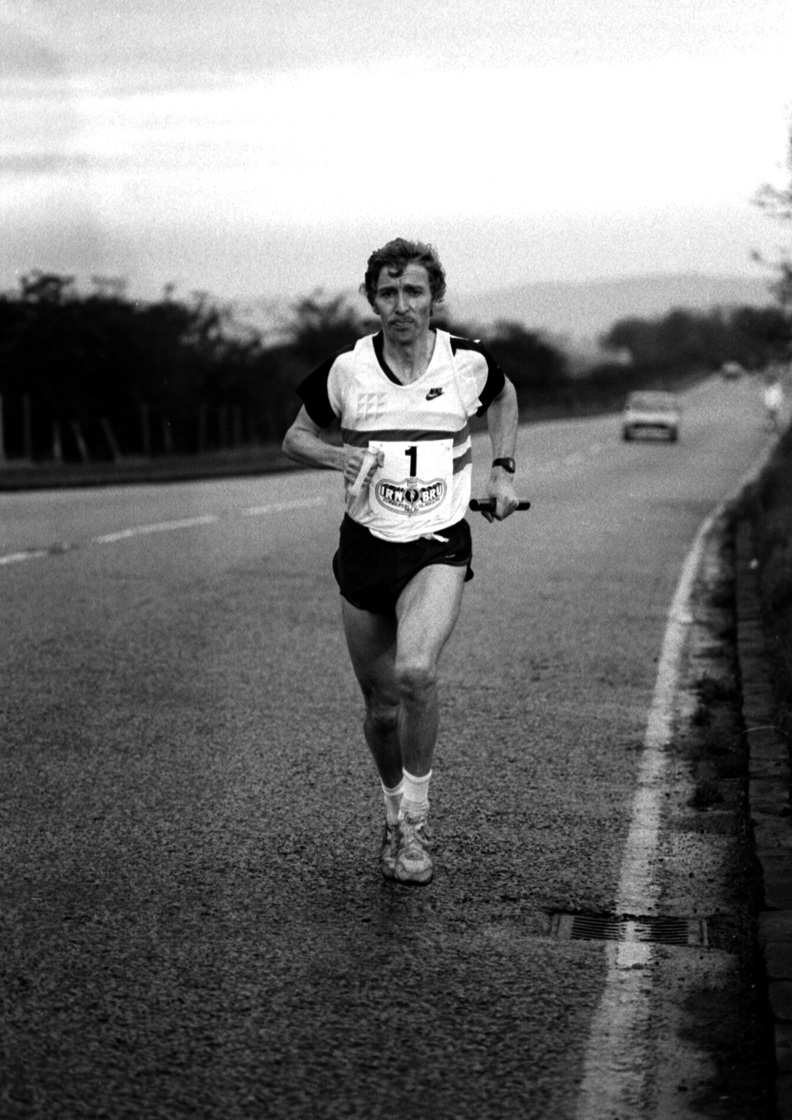 Colin Youngson in one of his favourite races: the Edinburgh to Glasgow Relay