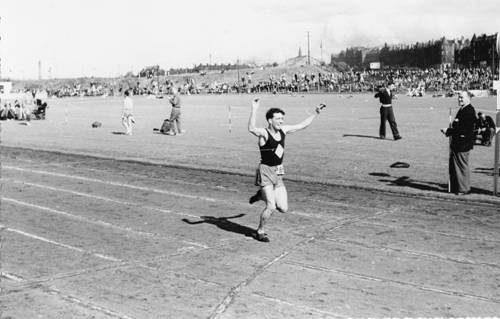 Just what it says: the intention is to portray the best and fastest Scottish Steeplechasers since 1945 on this page.   Tom O’Reilly who is pictured above was the first ever holder of the Scottish 3000m steeplechase record and now in his 80’s he has thought about the M80 800m record!   Tom Hanlon is possibly the best ever Scottish steeplechaser and a man who, although superbly talented and a regular GB internationalist, is seldom spoken of these days.   There were a lot between them who were also very good and they will be covered in due course.