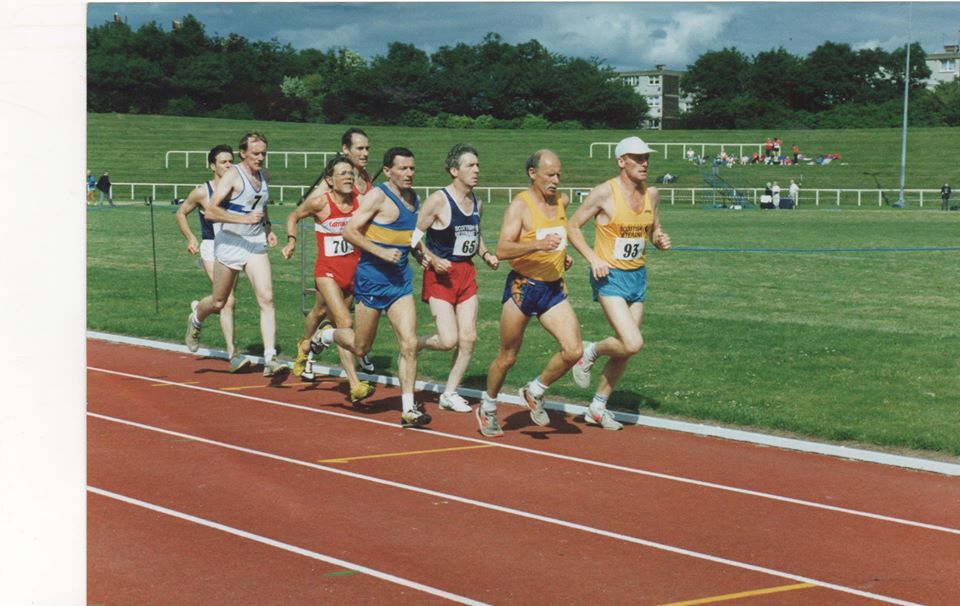 Were you to remove the veterans from any cross country race or track league team, the scene would be rather spaced out.   There are many road and cross-country events where the Over 40’s (Over 35’s these days) make up half, or at times more of the field.  At the same time, it was said to me many years ago that, if you want to grow old gracefully and enthusiastically, then take up veterans athletics.   Rather than the “Oh, it’s the big Four Oh! (or Five Oh!   or Six Oh) the vets cannot wait to go up a class and say things like “I’m 65 this year and can’t wait for it!   Up a class!!!”    And that’s a genuine direct quote.  There is a link at the foot of the page to profile of many a wonderful veteran,  you really should follow them up!   We can’t ignore the scene and Colin Youngson has written the following review.

Nowadays it seems that the majority of competitors in open races – mainly 10ks, half marathons and marathons – are veterans i.e. at least 35 years of age, all the way up to over 90!  Only now, the odd collection of male competitors – greying hounds, limping oddballs, slapheads, stout fellows and semi-cripples – are officially called ‘Masters’. Most of the females – ‘Mistresses?’ – predictably look a good deal better.

Although it is a pity that the sport does not attract a greater proportion of athletes in what should be their fastest years (twenties and thirties), there is no doubt that jogging or running has given a vast amount of people greater health, fitness, happiness and companionship, despite occasional injury. But what of those who become seriously competitive, despite advancing age?

Before the early 1970s, most good class athletes retired at thirty or so, to become officials or coaches or drop out of the sport altogether. Now athletics definitely needs non-racing volunteers to organise, judge and advise the next generation. Yet many runners today extend their career as long as possible, and many more start racing at 40 or even later. The latter frequently dominate important Masters events, since they are fresher than folk who started in their teens and now suffer from knackered legs!

Walter Ross was the prime mover behind the formation of the Scottish Veteran Harriers Club in 1972; and Dale Greig followed suit two years later with the Scottish Women’s Veteran Runners Association. In recent years, Scottish Athletics has taken over the responsibility of organising Scottish Masters Championships for Cross Country and Track and Field. However the SVHC selects both male and female athletes for the British and Irish Masters CC International – the most prestigious national fixture – which takes place annually on a rota basis: in England, Scotland, Northern Ireland, Wales or The Republic of Ireland.

In Masters Championships (Scottish, British, European or World) there are five-year age-group categories for men and also for women : M35, M40 etc. In open races, prizes may be available in fewer categories. The invention of age-related statistical tables allows older runners to compare the merit of their road or track performances with those of younger participants.

While the majority of Masters runners are happy to keep reasonably fit, this website is concerned with that minority of athletes who have been seriously competitive and successful. Some have been outstanding veterans briefly, perhaps winning European or World Masters medals and then retiring. Others deserve recognition for keeping going at a good level for several decades or showing real promise.

Serious Masters distance running is a great sport, providing yearly targets, a sense of achievement, enduring (age-related) fitness, competitive intensity and post-race companionship, often with old acquaintances. Disappointments are easier to deal with later in life and, as Rudyard Kipling wrote, ‘Triumph and Disaster’ should be treated like ‘Impostors’. Of course, the odd extremely loud immature hissy-fit may occasionally be apparent!

When one is a ‘new’ veteran (which I still think really happens at 40 rather than 35), in open races it can be awfully hard to identify rivals in the same age-group. Shortly after my fortieth birthday, I remember spending most of the Morpeth to Newcastle Road Race in the second group, being fairly sure that everyone up the road was younger, and checking very carefully on the apparent age of my companions. Eventually I noted one guy with what seemed to be significant wrinkles on the back of his neck; and took care to be ten seconds ahead of him at the finish. Right enough, he turned out to be the second vet home! After a couple of years, however, one gets to know nearly all the ‘masters’, at least in Scottish races.

Spotting age-group opponents is easier in championship or international events, since categories like M40, M45 etc are usually fixed to the back of the vest. Of course if some crafty fellow only flies past near the end, having been tracking you all the way, ‘number shock’ may render you unable to respond!

A keen veteran can enjoy the full range of Scottish Masters Championship events: cross-country; 1500m indoor and outdoor; 3000m indoor; 5000m and 10,000m outdoor; 10k, 10 miles, half marathon and marathon. Most of these are organised by Scottish Athletics and the rest by SVHC. After a decade or two, dedicated pot hunters may boast a ridiculous number of so-called ‘Scottish titles’. Okay, they do not compare with ones achieved at Senior level, but hey! There has to be some compensation for getting older and inevitably slower.

Although nearly all veteran competitors race as hard as they can (within the limitations of ageing legs and lungs), the atmosphere is usually more light-hearted than it used to be amongst twenty-somethings. The most prestigious championship is the Masters Cross Country at the beginning of February, which is often run in horrible conditions, weatherwise and underfoot. Nowadays, M65 and M70 are defeated easily over 6k by an Amazonian tribe of fast women (W35 upwards). The rest of the men – M35 to M60 – charge or trundle off to cover 8k. In the past the distance was definitely longer – some courses designed by Danny Wilmoth seemed more like 7 miles of difficult terrain. 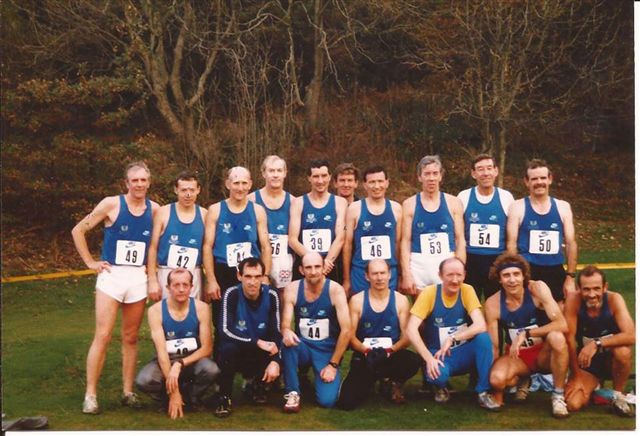 A week or so before or after the cross country comes the Masters Indoors, which has always been held in the Kelvin Hall but from 2013 onwards will be in the new Emirates Arena. Stage fright reduces the number of entrants drastically, since many prefer to escape the probability of public humiliation via the anonymity of cross country running. A bewildering number of events are completed – not only veteran track and field but often multi-events for youngsters, who are doubtless deeply impressed as they observe their grey-haired future. Mere M40s should relish the joy of lapping older, slower guys in the 3000m. Their time to suffer the same fate will come, if they’re lucky! Breathless dizziness ensues as one swirls around the little track, trying not to trip over mini-bollards or to twist an ankle on the tight, steeply-slanting bends. Still, indoor middle-distance has a certain novelty and attractive insanity.

Summer athletics seems normal by comparison. Pitreavie seems to be the track of choice, which can be perfectly okay, unless one of those infamous gales is blowing, which results in runners being whisked helplessly down the back straight and virtually walking, bent double, up the home one. 5000m tactical fartlek!

A six-stage road relay usually takes place at Strathclyde Park. However it is a pale imitation of the late-lamented Alloa to Bishopbriggs Eight-Stage Road Relay, which was crazier by far than the wonderful E to G (which was also axed by police and health and safety zealots) since most of the roads were much narrower, and runners had to batter bravely onwards, despite traffic that could be quite scary. Yet by some miracle no one was seriously hurt, and the event had a marvellous friendliness despite team loyalties.

I would encourage everyone to have a go at a few British, European or World Masters events. There are going to be plenty of competitors slower than you and there is real international camaraderie. My favourite venue is the Czech Republic, since the beer is good and cheap so dehydration can easily be cured!

To explore physical potential at any age is fascinating; to do so in several different age-groups is challenging and a great deal of fun. 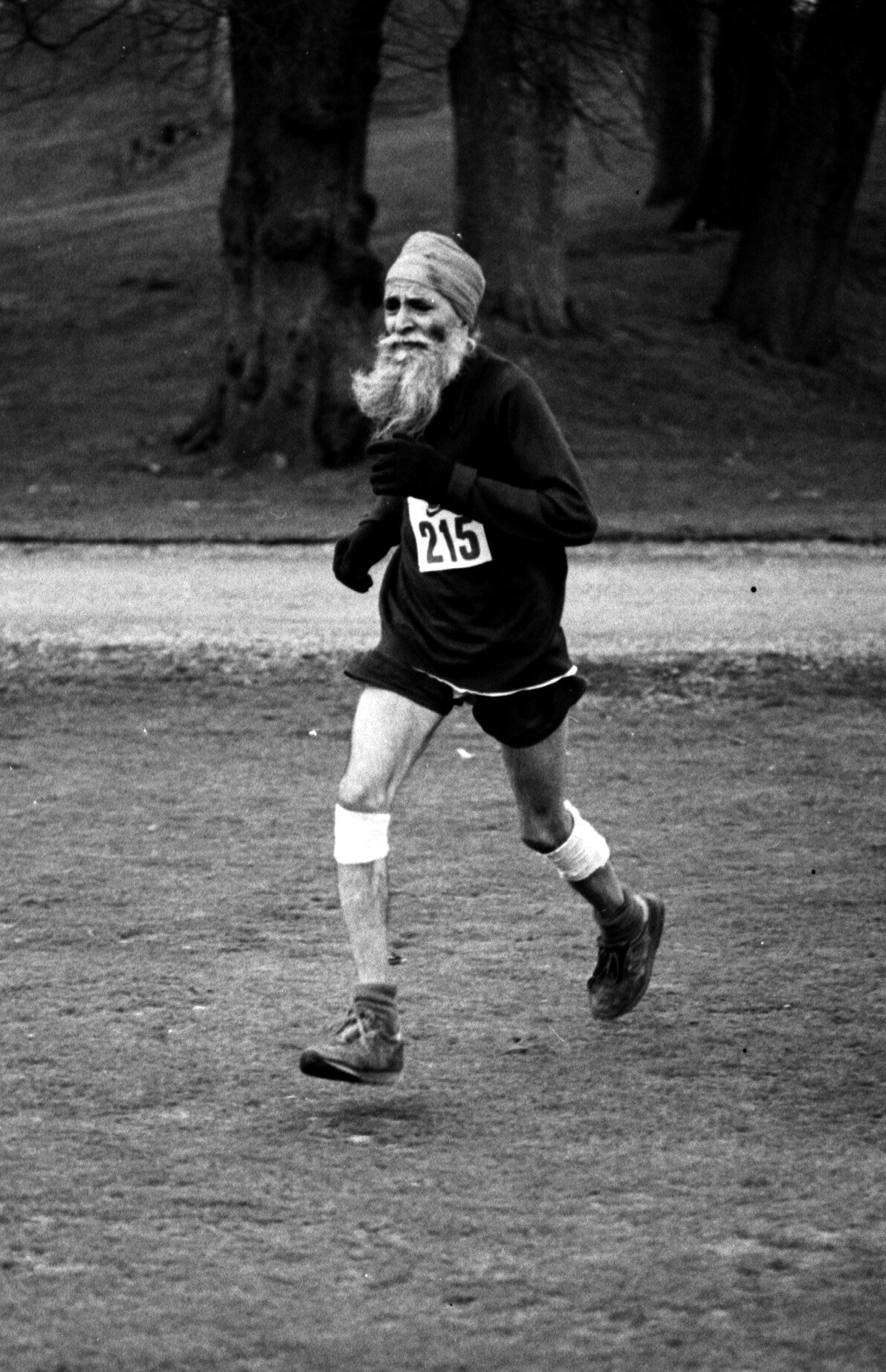 Links below incude the story of David Morrison, the three Clydesdale Harriers (Campbell, Cartwright and Young) who have won so much at GB level, Career Highlights has a summary of the highlights of two veterans’ careers – Archie Jenkins and Colin Youngson –  and Colin Youngson’s tale of his carrying the Commonwealth Batons twice – once in 1970, once in 2014.

[The Scottish Veteran Harriers Club: The Beginnings, the 1970’s ] 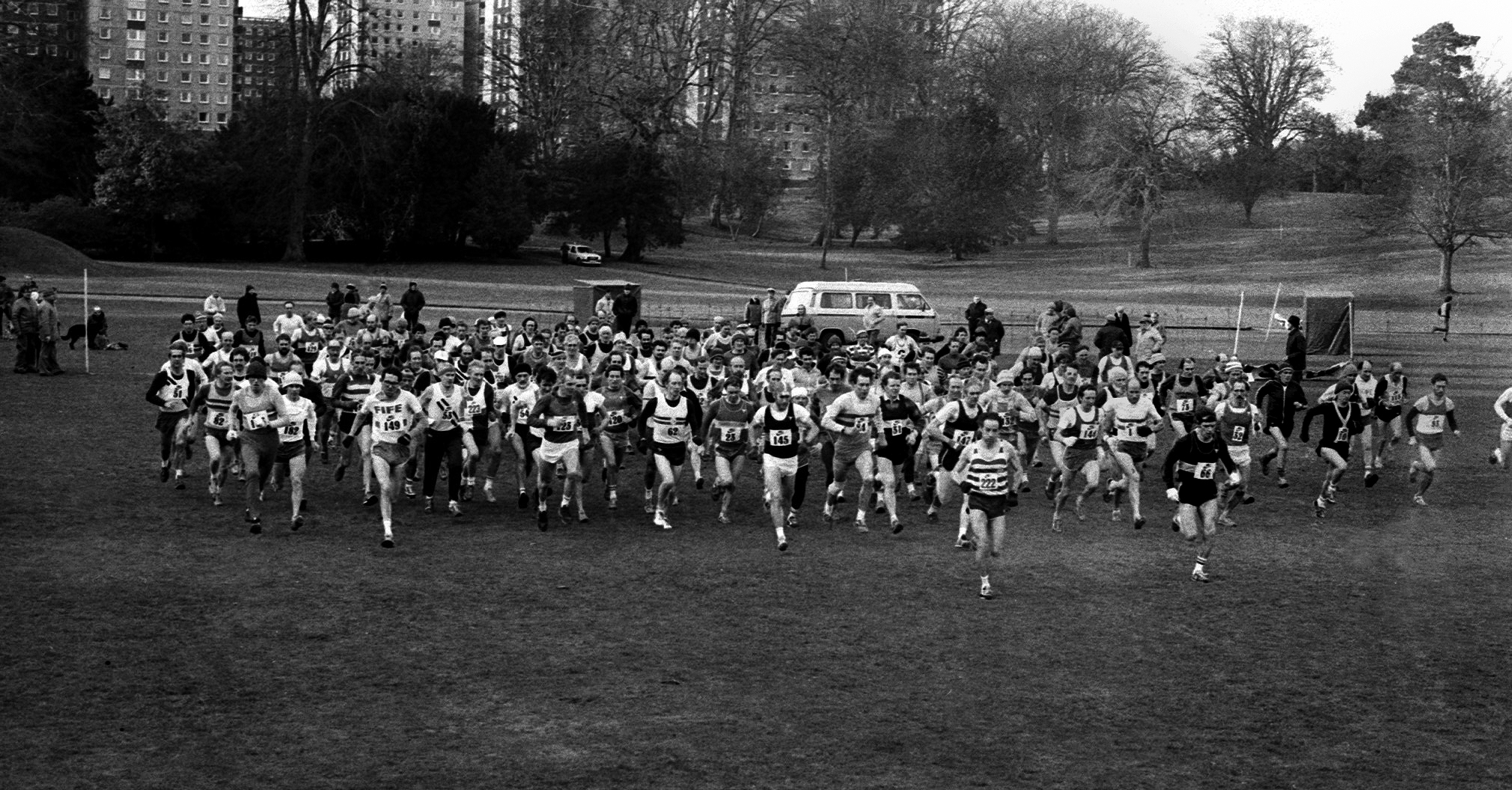