Sharyn Ramage has been mainly a track specialist but has run for Scottish Masters in the British and Irish XC International and won the Scottish W50 XC title in 2013.

HOW DID YOU GET INVOLVED IN THE SPORT?
I was in the school gymnastics and netball team and as competition was fierce they required extensive training to ensure selection for the teams. I left school at 15 and my body was so conditioned to training that I needed something to fill the void. I began to jog and one day I stumbled on a group of 4 or 5 men warming up to go for a run and was invited to join them. From there Colchester Joggers was formed. I was hooked immediately and found myself running many half marathons, mostly within a 20-mile radius of Colchester, with reasonable success. My then husband was posted to Berlin where I joined Berlin Harriers for group training – however races were limited due to the restriction of the wall. I ran the Berlin marathon and 25km road race. I worked for the military whilst there where I ran the 7 miles to and from work every day. My colleagues were keen for me to run for them in the cross-country league. I was really not interested but after a lot of persuading I started competing for them and went on to win every race. To those colleagues, I am forever thankful. However I do not ever remember running in mud up to my armpits like here in Scotland, our,next posting. It was imperative I found a running group. I acted on an advertisement for a training group at Saughton and this was where I met Kim (Fisher) Forbes. Kim and I immediately struck up a friendship, running many miles together both in training and competition, usually not without incident, we always had a story to tell. During this time I joined Pitreavie for a short period. When I wasn’t running I was playing netball for Edinburgh.
HAS ANY INDIVIDUAL OR GROUP HAD A MARKED INFLUENCE ON YOUR ATTITUDE OR INDIVIDUAL PERFORMANCE?
I ran up until the birth of my son, Reece, and was back on the roads 6 weeks to the day after his birth. I was looking to get the elusive sub-three-hour marathon. Kim, suggested meeting Bill Walker at Meadowbank and he advised me to join the middle-distance group. I fell in love with the training sessions and the 800m. Bill, a no-nonsense coach, together with a focused, competitive and supportive squad, helped develop me into the athlete I am today. Having joined Bill’s squad I also joined my current club, Edinburgh Athletic Club.
WHAT EXACTLY DO YOU GET OUT OF THE SPORT?
Initially I began running solely for my health and well-being. Never did I envisage it being such a huge part of my life. Running has brought me everything I could possibly wish for and more. The camaraderie, lifelong friendships, amazing places I have travelled and picking up a few medals on the way, for me the best tonic ever.
WHAT DO YOU CONSIDER TO BE YOUR BEST EVER PERFORMANCE OR PERFORMANCES?
My first memorable performance was at the East District Championships 1500m at Pitreavie 1999. Hayley (Parkinson) Ovens, a Scottish senior squad member at the time, set the pace. I was a W35 and I tucked in behind her. What was I thinking? I remember wondering ‘where are they’? i.e. the rest of the field. As Hayley started to pull away with a lap to go, I believed I could medal. With true grit and determination along with the benefit of Bill’s training, I held onto win the silver medal with a PB of 4:44:04.
The second memorable performance was at the British Masters Championships 800m in Newport, Wales. The weather conditions were wild with torrential rain and a wind that could almost hold my body weight. My Mum and Dad were spectators. Mum had just been diagnosed with breast cancer and as I left for the call room I said, ‘This one is for you’. My husband, gave me a pep talk advising I should tuck in behind given the gale force winds. Nodding my head, I made my way to the start line. Immediately after the gun I went to the front – I suspect Alan was shaking his head at this point. With 200m to go an athlete passed me, I was expecting more to follow. Visibility was poor and the headwind on the home straight was brutal. I’m hanging on for dear life to medal, working my arms like never before – I’m sure my eyes were closed – however I was aware of increased volume from the spectators. I was thinking the rest of the field were queuing up behind me. I remember looking down asking myself ‘where the f*** is the finish line’? There it was, I lunged and pipped the leader to take the title. British Master W35 800m Champion, for my Mum!

YOUR WORST?
My worst performance has to be the Scottish Masters Indoor Championships 800m in Kelvin Hall. Leading from the gun I won! Oh no! I eased up at the wrong line, and let another athlete slip pass on my inside. I was gutted, adding to my woes Bill, my coach, was on photo finish. For months I was regularly reminded ‘How far is 800m’?

WHAT UNFULFILLED AMBITIONS DO YOU HAVE?
Before I became very ill, I had been very close to a World and European individual medal. Eventually after two years I was diagnosed with Coeliac disease – this was a huge relief. After various tests and following a strict gluten free diet I was back to full health. At the time it had a massive impact on training and performance, too much time had elapsed and I never really recovered previous fitness levels. Occasionally there is a glimpse of my former self but mostly I’m propping up Edinburgh Athletic teammates Sue Ridley and Karen Dobbie for team medals in cross country races.

OTHER LEISURE ACTIVITIES?
For a laugh, my friend sent me a link to play “WALKING” Netball. The hardest thing is to not burst into a run, however, I now facilitate it and play regular netball myself. I didn’t think I would ever play netball again.

CAN YOU GIVE SOME DETAILS OF YOUR TRAINING?
Training sessions have been varied over the years. In the early days I would run 6 miles to Meadowbank followed by a session and run the 6 miles back. Typical sessions were 10-12 300m or 400m with a minute recovery, 4 sets of 4 x 200m with 30 seconds recovery and 5 minutes between each set, 600m reps with 8-12 minutes recovery. Then there were the 150m reps, I hated them. Too fast and too short. I remember shouting at Bill, ‘I’m going to scream if we have 150m tonight’! Yep, we had 150m and yep I screamed. I didn’t appreciate the value of these sessions until my times improved.
My most memorable sessions were quite contrasting. The first being hill reps at Arthur’s Seat with Andy Stoane. As it was just the two of us the reps were increased, and all on the long steep hill where Bill sat on a rock at the top with stop watch poised. Not shy of training hard we were giving it all we had. Lactic was excruciating unlike I had ever felt before to the point when returning to the bottom was a challenge in itself. We were walking down backwards, sitting down and eventually any which way in an ungainly manner ready for the next rep.
The second was at Meadowbank, only myself and David Ovens showed for training. Bill wanted us to work on our technique. Following his postural instructions and trying to run at the same time felt ridiculously alien to us, we giggled uncontrollably while Bill, unusual for him, quietly despaired. Incredibly we got faster every rep. I have so much to thank him for.
I am currently coached by Paul Forbes when I’m free of injury. 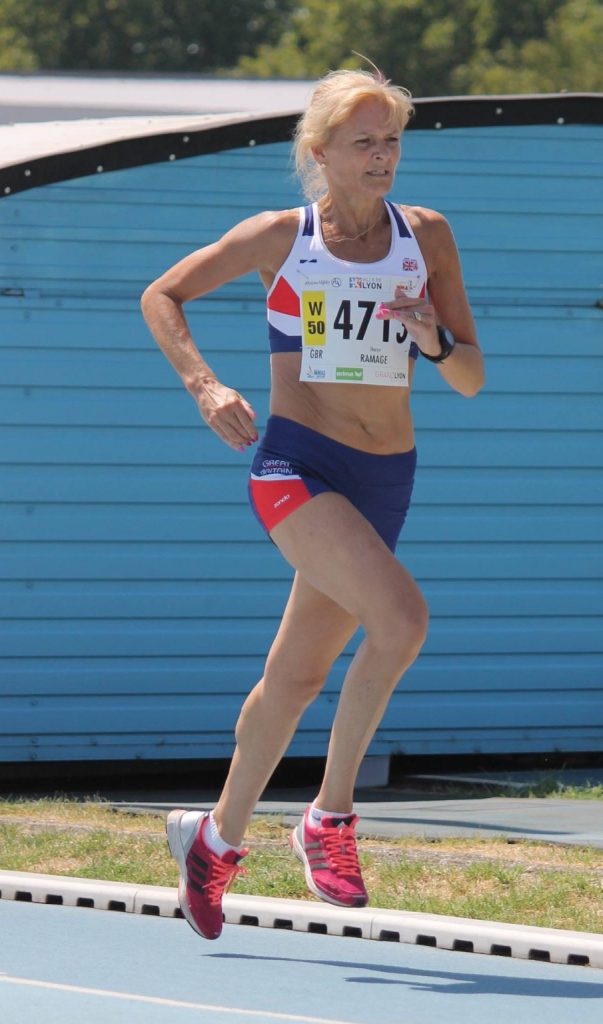