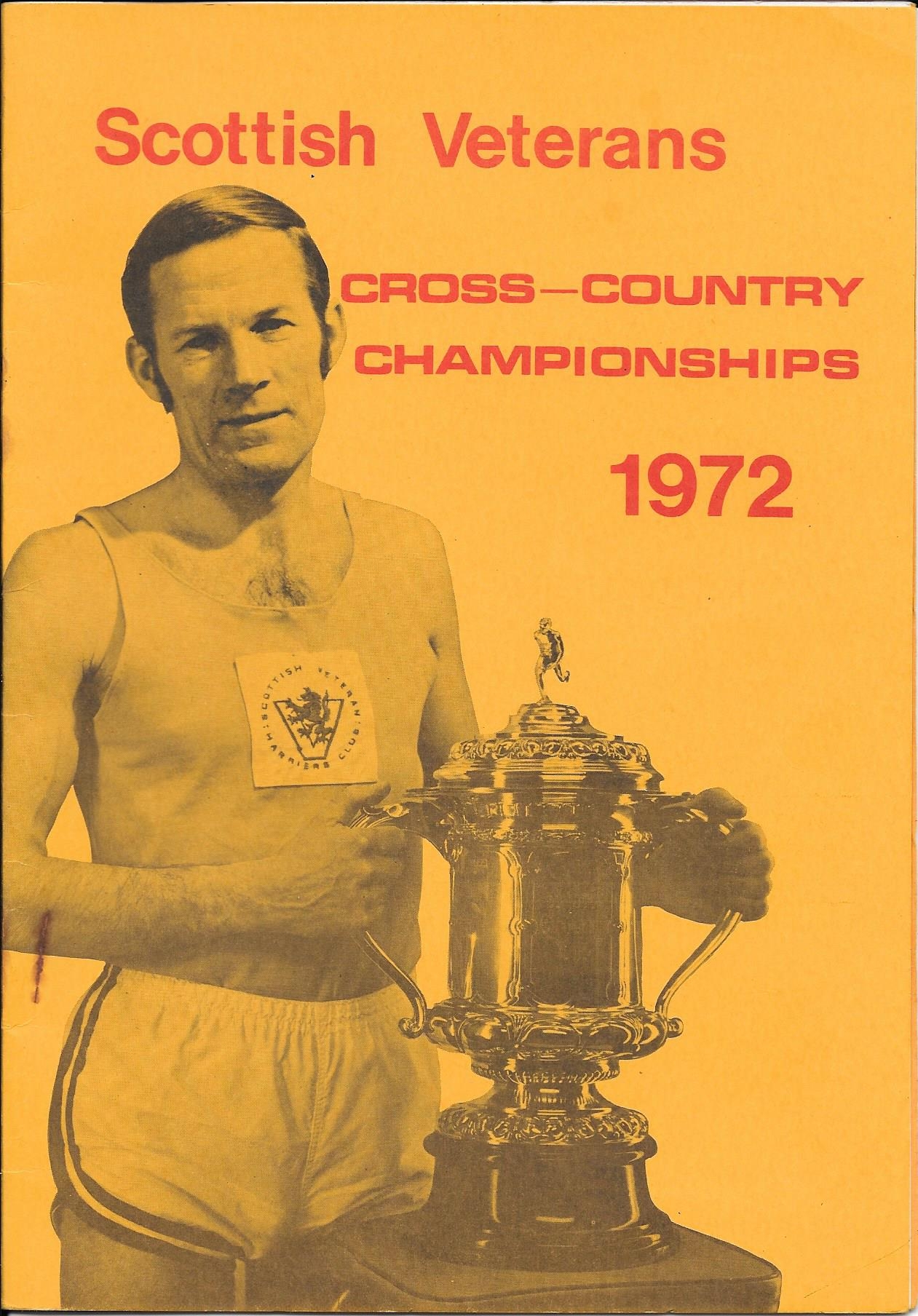 The second Championship, this time officially recognised by the Scottish Cross Country Union, was on 4th March 1972, at Clydebank, Dunbartonshire. The course was five miles (or eight kilometres) long. The SVHC organised the event, assisted by Clydesdale Harriers.

In the programme, Walter Ross, the SVHC Secretary, and a very important figure in the development of Scottish Veteran Athletics, published a poem (written many years earlier by an anonymous Clydesdale Harrier). Walter suggested it could be retitled ‘To a Veteran’.

Some fellow men seem lucky, yet

I yearn to change with few,

But from my heart this afternoon,

I needs must envy you,

Who on this dismal day

With rhythmic stride and heads upheld

Go swinging on your way.

A dismal day? A foolish word;

I would not, years ago,

Despite the drizzle and the chill,

Have ever thought it so;

Your rich reward to gain:

That glow beneath the freshened skin,

O runners through the rain.

All weather is a friend to you:

You pass on flying feet.

No crowds you need to urge you on;

No cheers your efforts wake.

Yours is the sportsman’s purest joy –

you run for running’s sake.

To make the team’s success,

The practised skill, the guiding brain,

But there’s no game men ever played

That gives the zest you find

In using limbs and heart and lungs

To leave long miles behind.

I’ll dream that I am with you now

To win my second wind,

The turf is soft beneath my feet,

The drizzle’s in my face,

And in my spirit there is pride,

for I can stand the pace.

(Editor adds: a romantic view of cross-country, no doubt, but perhaps how we all feel, briefly, on a very good day! The first SVHC championship took place in 1971: no less than 45 years ago. We owe those pioneers a great deal.)

The ‘anonymous Clydesdale Harrier was Thomas Millar who had been club secretary for many years and contributed to the local Press under the pen name ‘Excelsior’.   After being a member for decades he moved to the English Midlands which was where he sought work as an accountant.   His son Gavin is a film director, BBC programme producer, director, actor and has been responsible for many excellent programmes.