Kerry-Liam has been the outstanding M35/M40 Scottish Veteran Harrier for several years. Only his M35 Ronhill Cambuslang club-mate Robert Gilroy seems likely to rival K-L’s achievements. Kerry has won: five BMAF titles (two cross-country, ten miles, 10k and 5k); 22 Scottish Masters championships; and nine SVHC. On August 16th 2015, he contested the World Masters marathon in Lyon, France, finishing fourth overall (3rd M40) after a truly valiant effort. He was first Briton and helped GB to team silver. Now, as he has entered the M45 age-group, he is motivated to train for future European and World Masters events.
Both Cambuslang stars run huge mileages in training. Kerry –Liam’s programme before Lyon was especially gruelling: three months hard, including six runs of twenty miles plus, and seven weeks of over 100 miles, with a maximum 131! Possibly a bit too much, even for an extremely fit 44-year-old.
Once he takes just a little more care not to overdo it, and improves nutrition before and during a marathon, it seems very likely that a World or European Masters gold M45 medal is possible. No one could deserve it more. 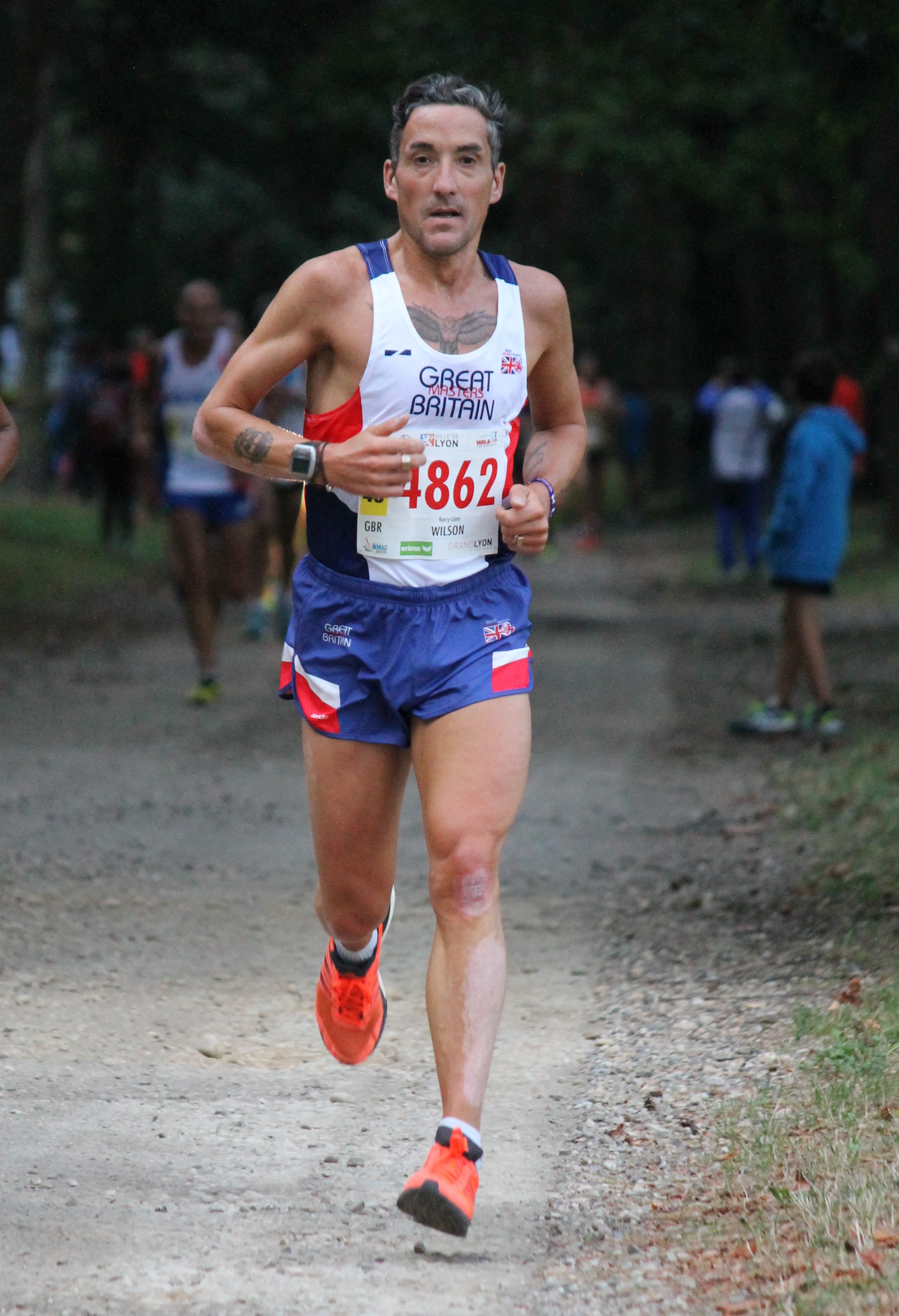 (Kerry-Liam nearing the end of the Lyon marathon. Photo by Alan Ramage)
QUESTIONNAIRE

I really enjoyed the whole experience in Lyon, even though it was just three days.
I intend still do the Scottish and British races but will possibly aim for European or World Masters Championships as my “A” races throughout the year.