(Many thanks to Fraser Clyne for two articles about the amazing Metro Aberdeen RRC man’s late-peaking running career, along with an excerpt from ‘Who’s Who of Scottish Distance Running’ on the website scottishdistancerunninghistory.scot)
November 2006
Les Nicol is looking forward to representing Scotland for the first time – at the age of 70.
The Torry runner has been invited to compete for the Scottish Veteran Harriers select side in next month’s British and Irish masters cross country international at Falkirk.
Runners will compete in five-year bands from age 35 upwards.
Les won his place on the team after finishing second in the over-70 age group trial in a 10,000m track race at Coatbridge earlier this month.
His time of 44min 48sec is one that many runners of half his age would be happy to accept.
“It’s the first time I’ve ever run on a track,” Les said. “I wasn’t sure how it would go because I didn’t have any spikes, so I ran in my road running shoes.”
“I was surprised to get such a fast time as I thought I’d be closer to 45 or 46mins.”
Nicol will invest in spiked shoes before he tackles the cross country international on 18th November.
“I don’t want to be slipping around on the grass course,” he said.
Les took up running 15 years ago to keep in shape. “I’d always tried to keep fit by walking to work,” he said. “Then I started going to the gym and began running on a treadmill. It compensated for sitting at a desk all day.”
“I decided to try some races and the first I did was the Dyce half marathon.”
“I enjoy 10kms, 10 miles and half marathons, but nothing longer than that.”
Nicol thrives on exercise. “I run every second day for about six or seven miles at lunch-time,” he said.
“On the other days I go to the gym and use the rowing machines or tackle some weights. And at the weekends I’ll try to fit in a race.”
And although he’s well past the normal retirement age, Les continues to schedule his daily fitness regime around his job as an engineer.
Appropriately, he works for Marathon Oil in Aberdeen.
“I enjoy running as a way of keeping fit. In races I just try to do my best. I’ve no idea how I’ll get on at Falkirk but I’m sure it’ll be competitive.”

Leslie NICOL, Metro Aberdeen RC
Les came to the sport very late but this cheerfully tough Aberdonian sparrow had real talent and thoroughly enjoyed his success. In the Scottish Masters XC championship, he won the M70 title in 2010. In 2012, 2013 and 2015, Les added three M75 titles. For Scotland, Les ran consistently well in the British and Irish Masters XC International: contributing to three M70 team silver medals, in 2006, 2007 (when he finished 4th individual and first Scot) and 2009. Les won individual bronze (M75) in 2014, leading Walter McCaskey and Bill Murray to team bronze. In 2018, recovering from injuries and race-training over a hilly Aberdeen parkrun, Les triumphed in the British Masters XC championships in Forres, winning a well-deserved M80 title.

March 2018
Les Nicol has won his first British athletics title at the ripe old age of 82.
The Metro Aberdeen club member showed his rivals a clean pair of heels to strike gold in the British Masters Athletics Federation cross country championships over-80’s age group race at Forres.
Nicol completed the testing 6km course, which included some undulating woodland trails, in 32min 47secs to finish well ahead of his closest challengers.
He was delighted to claim the scalps of English athletes Steve James (Southport Waterloo AC), a former World Champion in several age groups, who was runner-up in 33:57, and Walter Ryder (Morpeth Harriers) who took bronze in 36:46.
Nicol said: “I am chuffed to bits to have won. I just wanted to beat some of the folk who have always beaten me in the past, so I’ve done that now.
“The guy who finished second has always beaten me but I was well ahead of him, which surprised some people.
“It’s my first British title although I think I was third in a younger age group a few years ago.”
Nicol’s success is particularly impressive, given he only returned to running a few months ago after being side-lined with a heel injury for the previous two years.
He said: “I developed plantar faciitis in one foot and once it cleared up I got it in the other one. I went to physios and did lots of exercises in the gym to get it fixed and to strengthen myself, but it took a long time.
“It was very frustrating but I started running again towards the end of last year. I began by doing 1km, then progressed to 2km, then 3km.
“I managed to do a few hilly Hazlehead parkrun 5kms before going to the Masters championships but the Forres race, being 6km, is the furthest I have run so far.”
Nicol’s running career began when he was in his mid-50s but he had always kept fit by walking and going to the gym.
He won his first Scotland call-up in 2006 at the age of 70 when he competed in the British and Irish masters international cross-country match at Falkirk.
Two years later he recorded his best 10km time of 44:46, a performance which many runners half his age would be delighted to achieve.
Nicol is still employed full-time as an engineer, appropriately with Marathon Oil, and has no difficulty in fitting his family, work and running commitments into a busy schedule.
He said: “I enjoy it. I run every second day and I’m in the gym most other days. I’m busy at work as well, which is good.
I’ve no immediate race plans. I just want to work back into it steadily. My Hazlehead parkrun times are getting faster, so that’s encouraging.
“I might consider doing the BHGE 10km in May but it depends how training goes between now and then. I have no particular ambitions at the moment. I just enjoy being able to take part in races so I’ll see what comes along.”
He joked: “My wife and family came to Forres with me but I’m not sure what else they might let me go to, so I’ll have to ask permission if I’m going any further afield.” 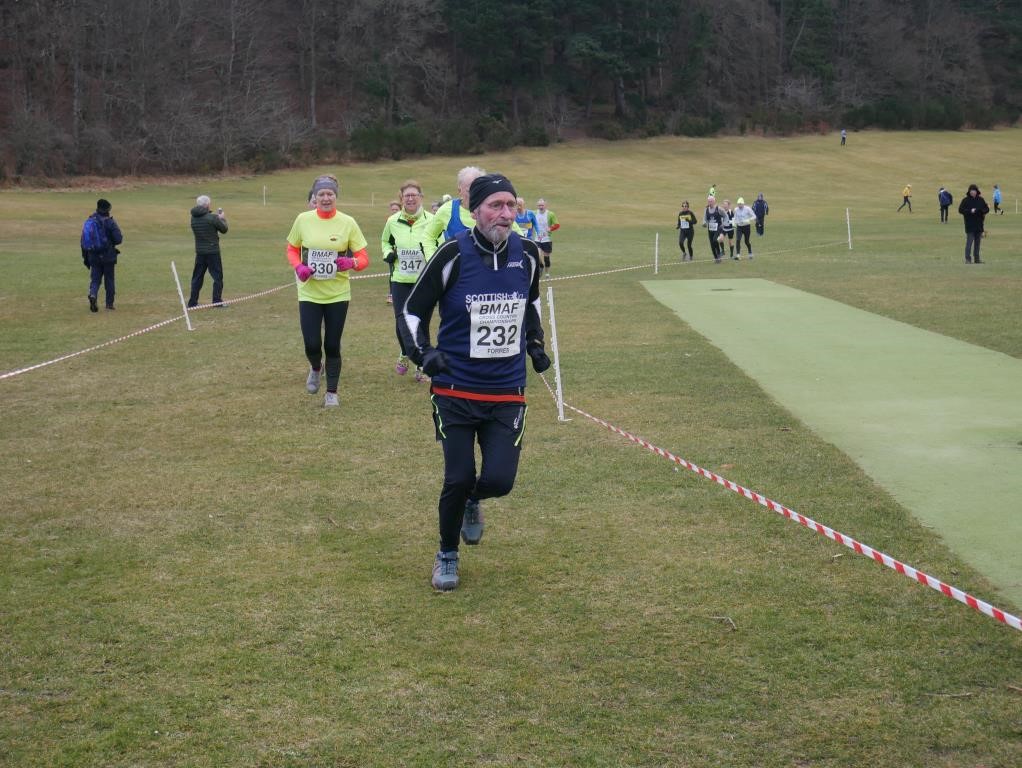