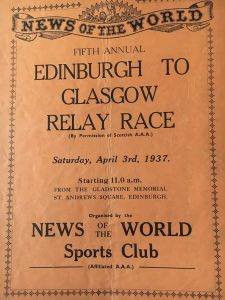 Before the start    The programme  Programme Multis    The start

The Medals   After the finish   On the Cover

The Edinburgh to Glasgow relay was special.   Scottish athletics was diminished by its loss.   The build-up lasted months, some would say for the whole preceding twelve months but the buzz in competing clubs really started in late August for the race, usually held in mid-November.   The story can be told in pictures and photographs and that is what the linked pages are attempting to do.   There will be no end to the photographs being added – no matter when they are obtained.   Note that a much fuller account of the race is available  here 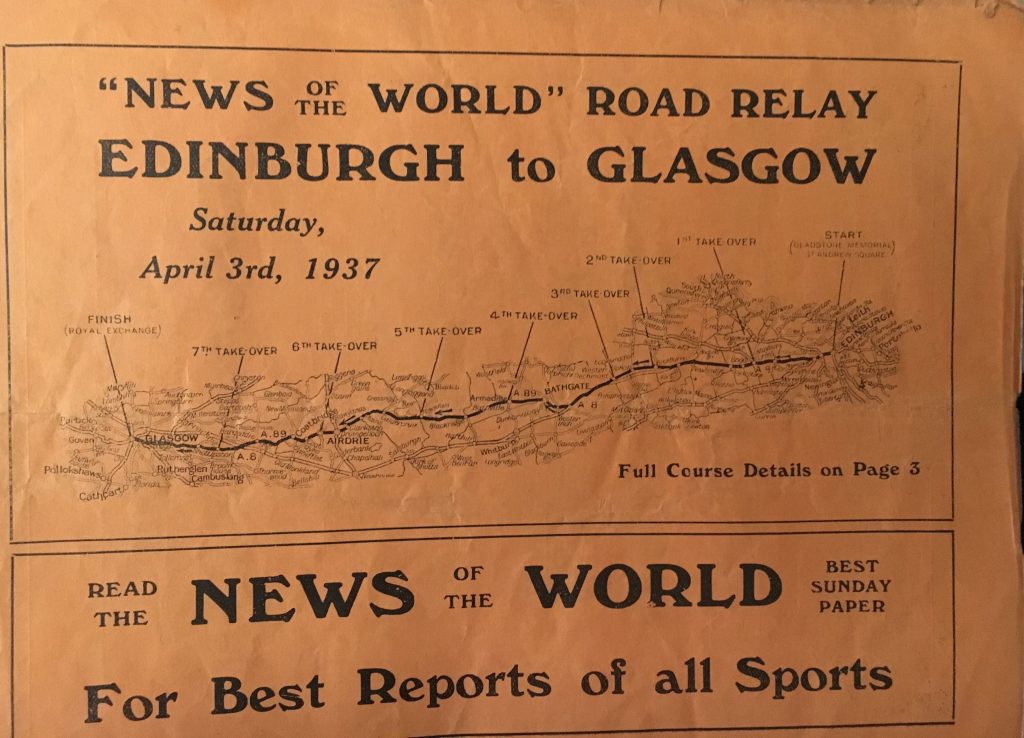