Stage three was always the shortest, no matter how many times the trail was tweaked.   Described as ‘undulating’ there was certainly a switchback element to the road covered but the finish was ferocious – the ‘Mile to go’ sign led on to a long down hill stretch which encouraged the enthusiastic runner to really push hard before it came as a wee shock to his system to find a long uphill drag to the changeover opposite the farmer’s barn-cum-temporary toilet.   Photographs below from the Jim Irvine, Scots Athlete, Graham MacIndoe and the Andy Fair pictures were submitted to Graham MacIndoe’s site by, I believe, Andy himself. 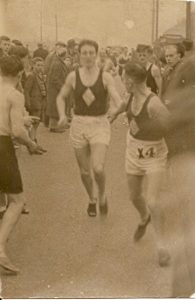 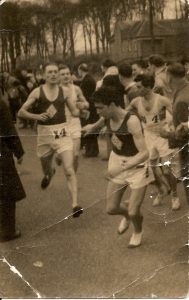 Passing the baton at the end of the stage 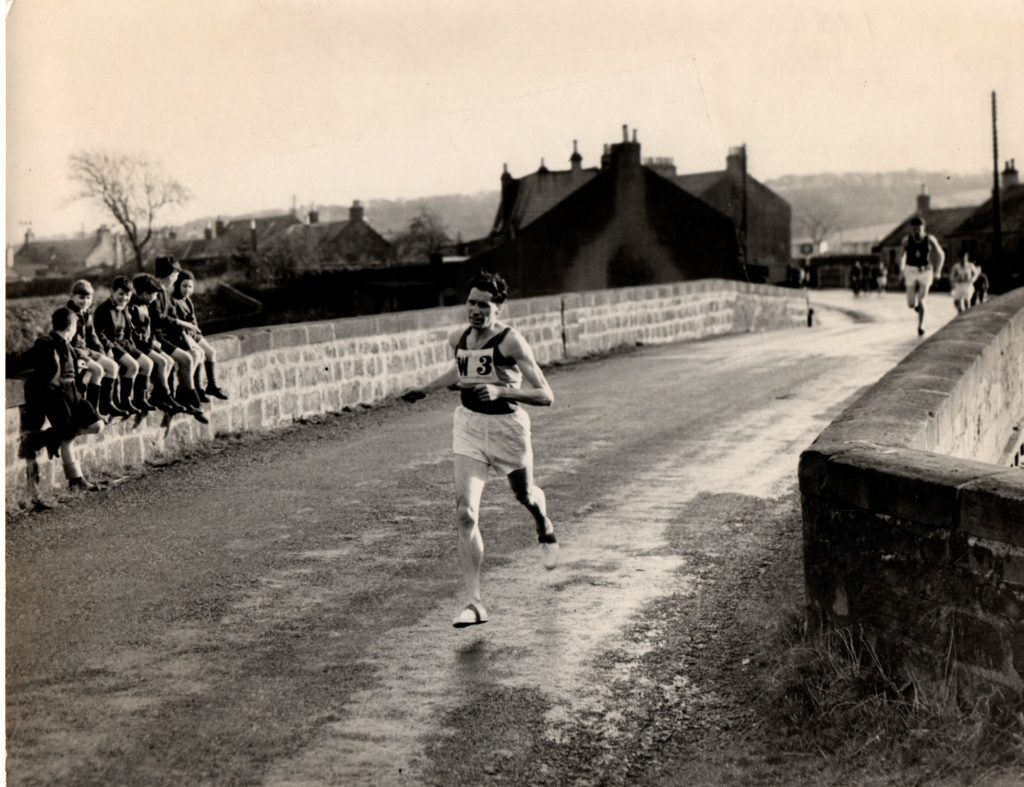 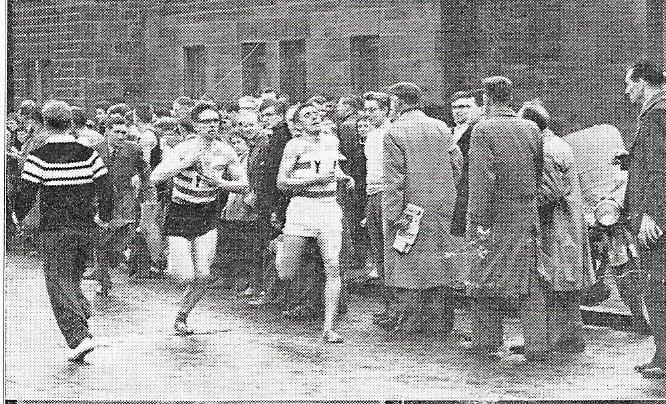 Pat Moy, Vale of Leven, to Bob Steele at the start of three 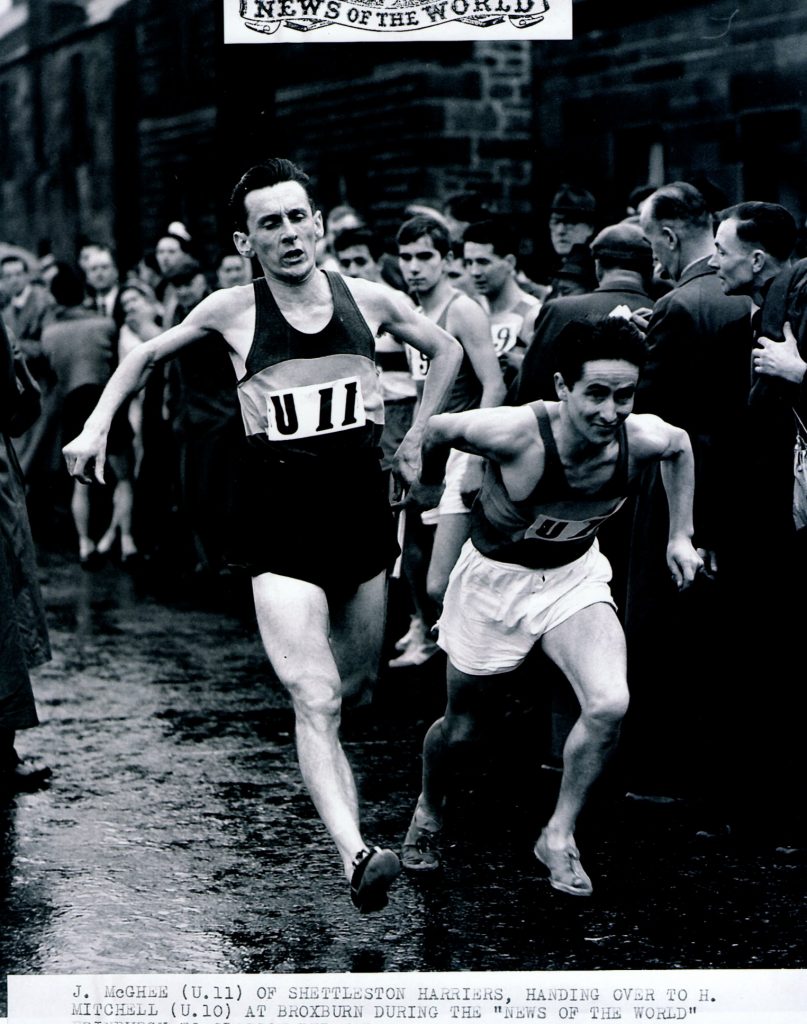 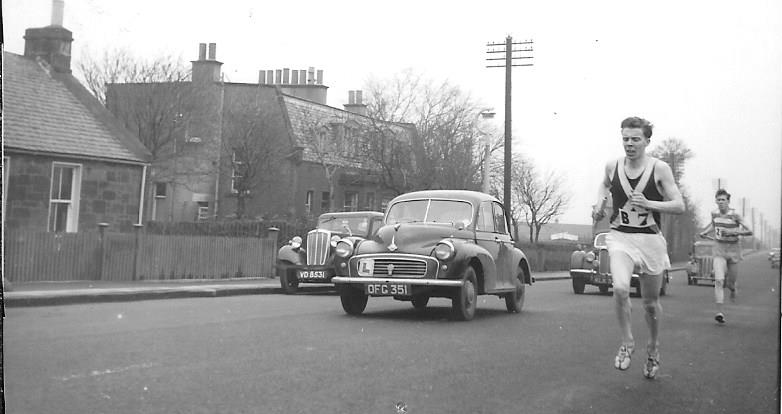 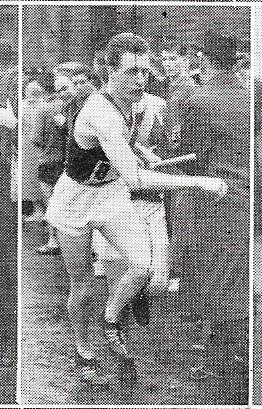 1959: Des Dickson, Bellahouston, at the start of three 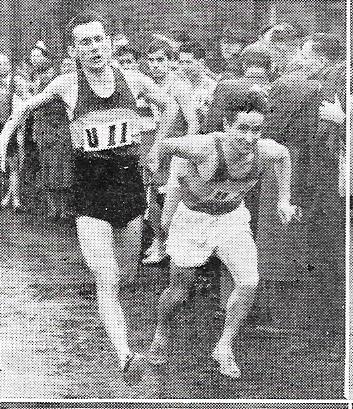 1959: Hugh Mitchell takes over for Shettleston at the start of stage three 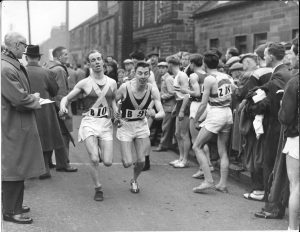 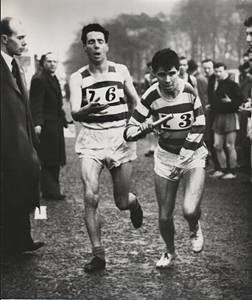 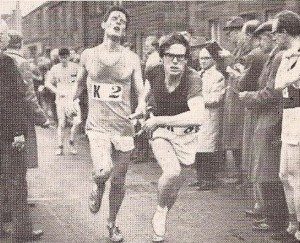 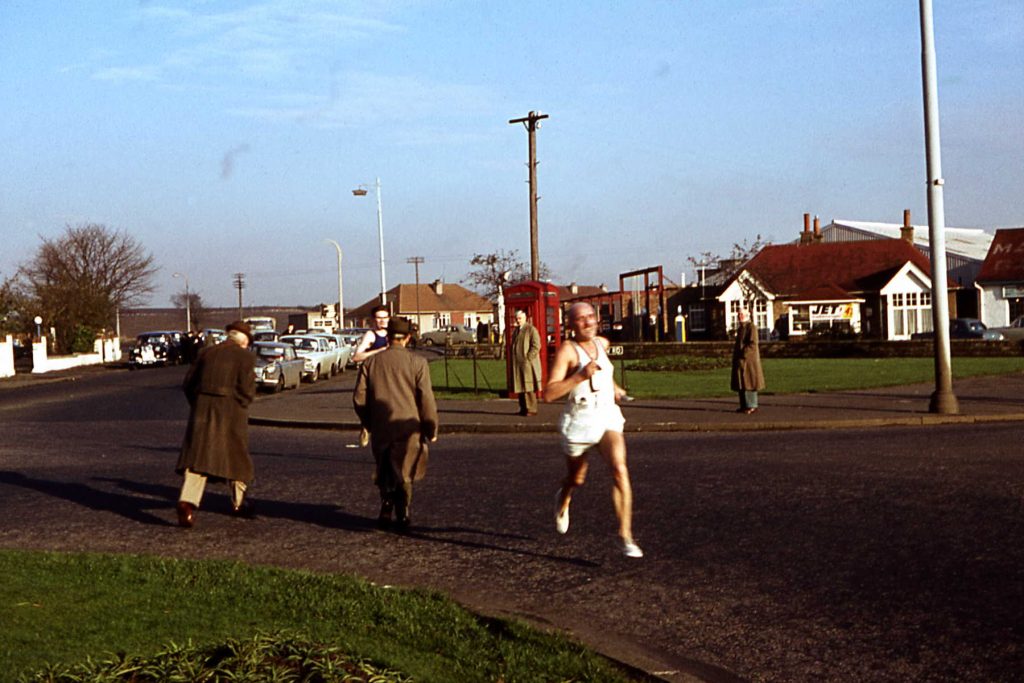 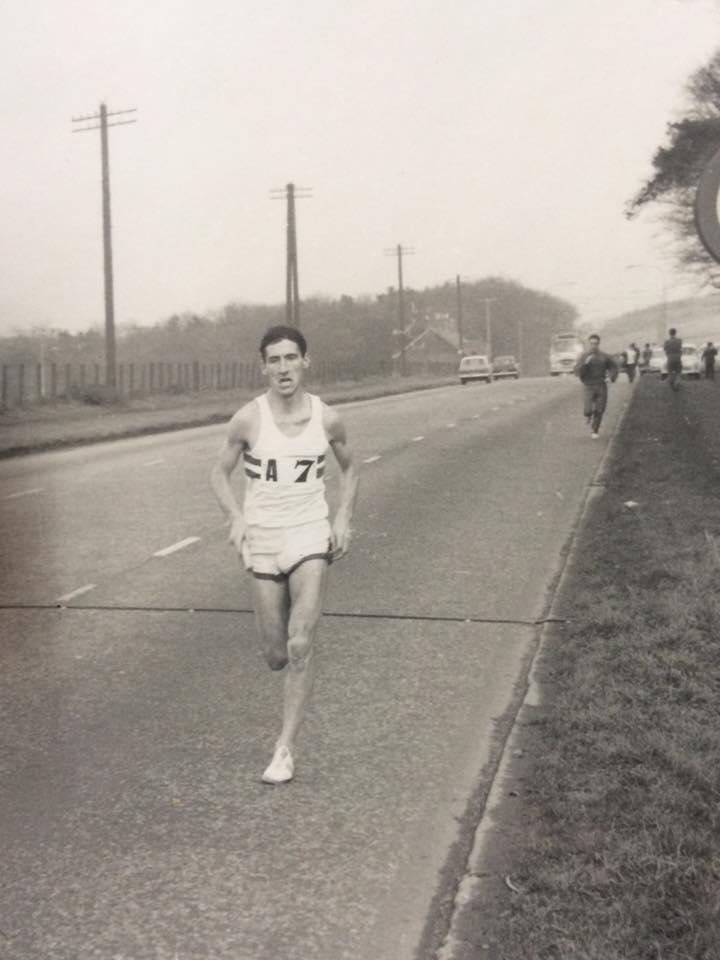 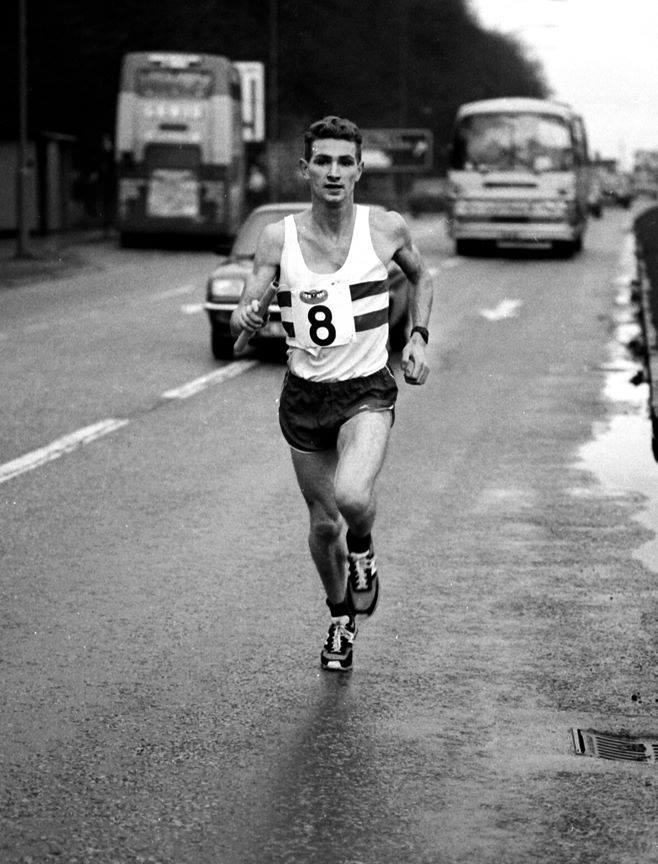 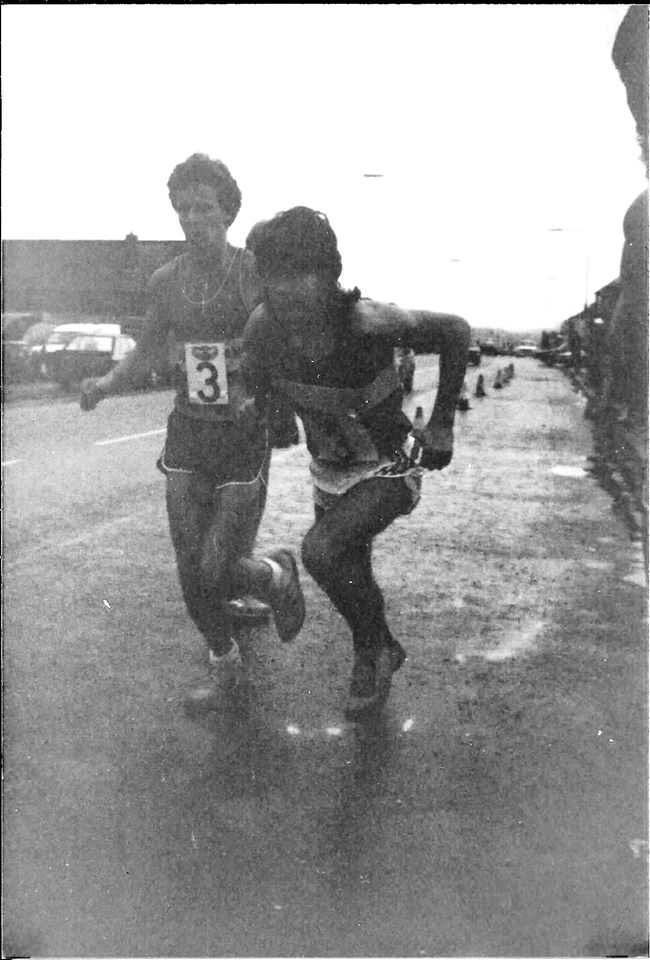 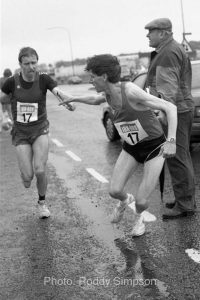 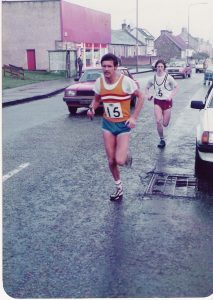 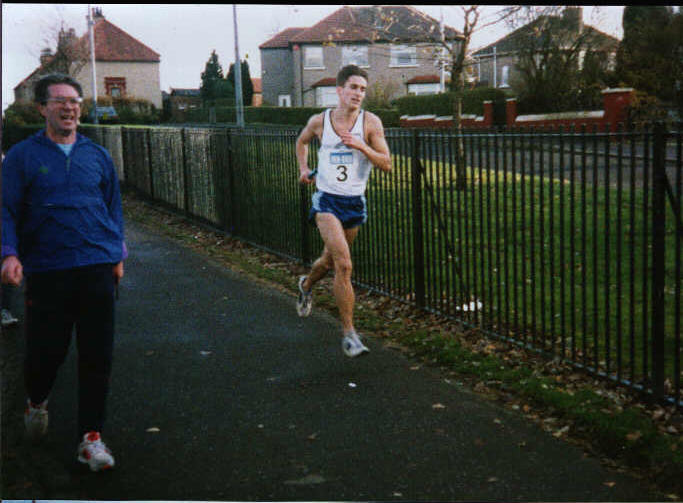 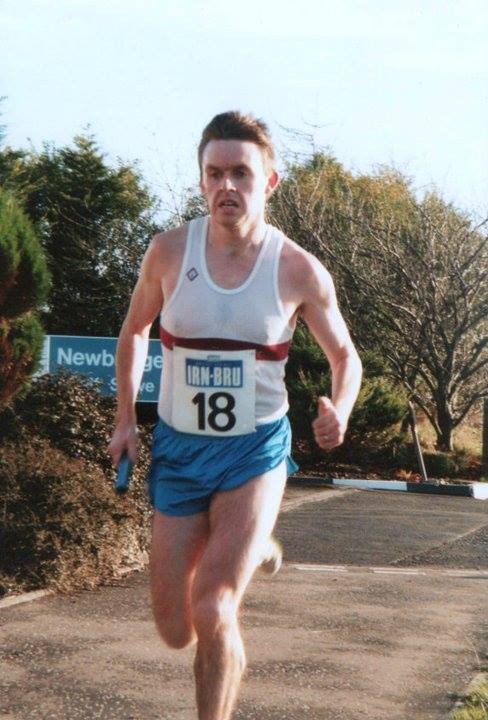 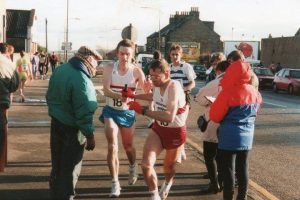 Andy Fair at Broxburn changeover to B Knox 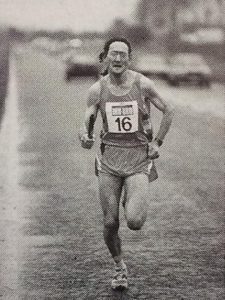 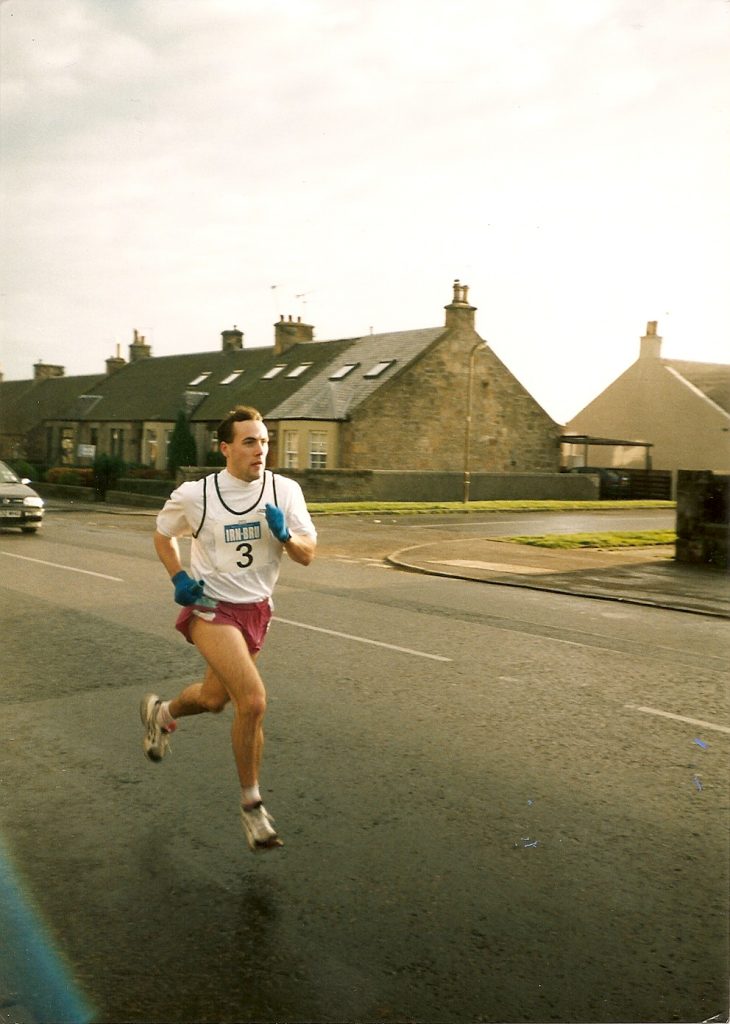