Many runners, clubmen and supporters concentrated on the long leg (six), the champions leg (two) and maybe four – but then the first stage was vital if you were gpoing to be a contestant, and three was one where a lot of ground could be lost on what was the shortest leg of the race – very few looked at five in any detail.  The fifth stage was fairly long (5 miles plus) but was without any doubt the most exposed of them all.   If there was a wind, you got it all the way, and in one year there was a bit of a gale blowing and I remember getting in to the bus at the end of the stage followed by a student from one of the university teams gasping, “That wind!   Oh!   That wind.   What a wind.   Oh that wind!”   When it snowed, as it did at least once, the leg was one of the toughest any of us had experienced. 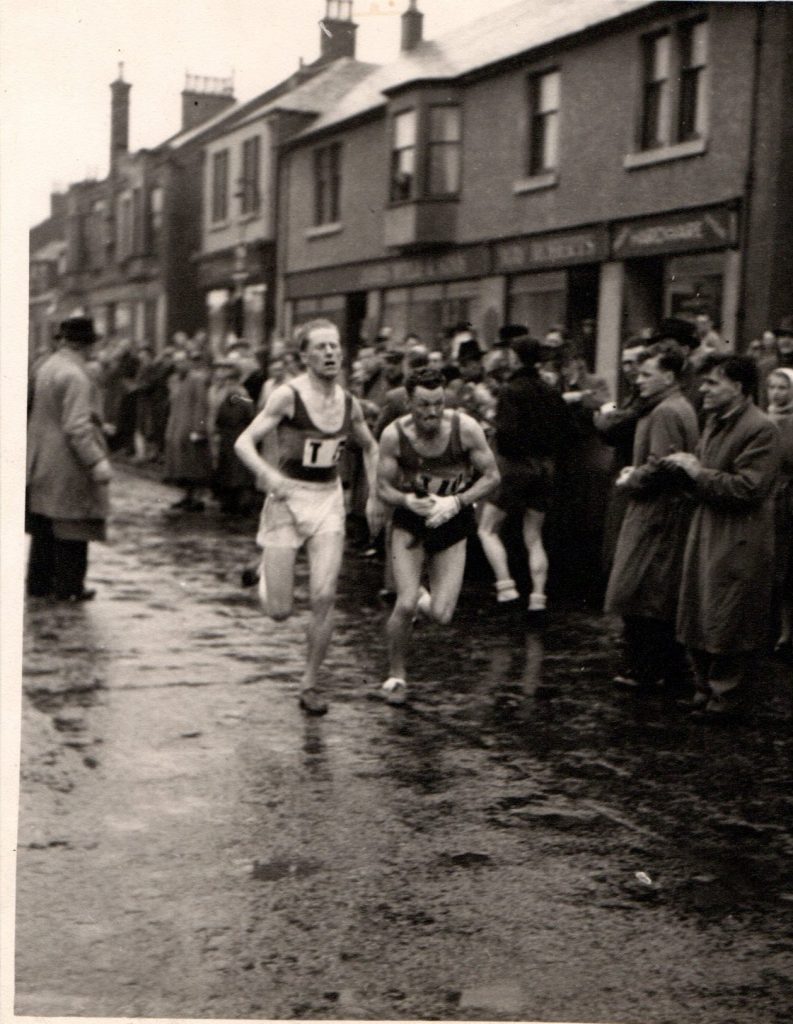 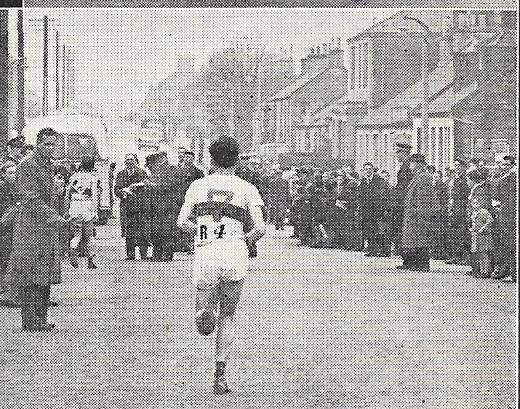 1957: the Armadale changeover, B4 being the Irvine YMCA runner 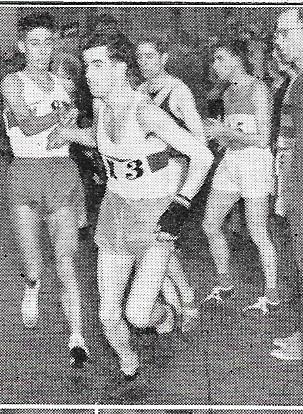 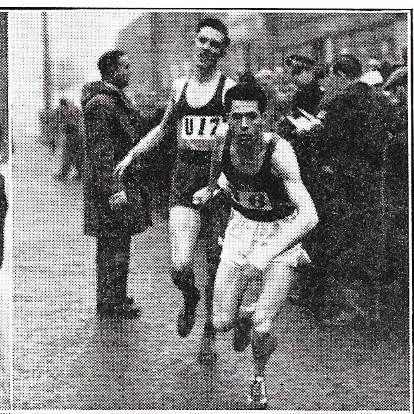 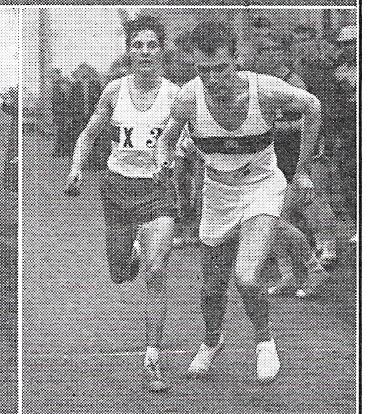 Roden to Moody for Teviotdale in 1961 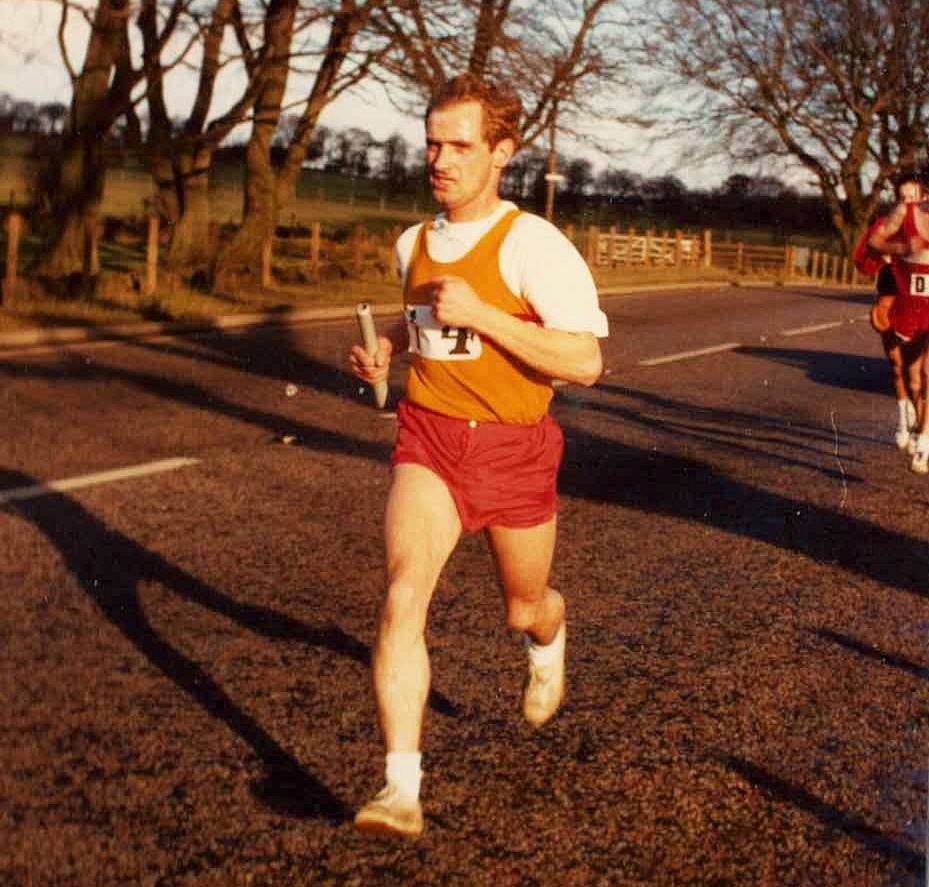 Davie Simpson, Law and District in 1975 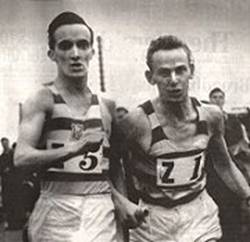 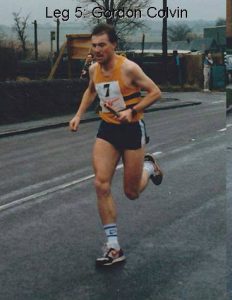 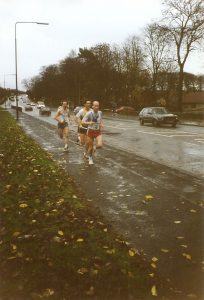