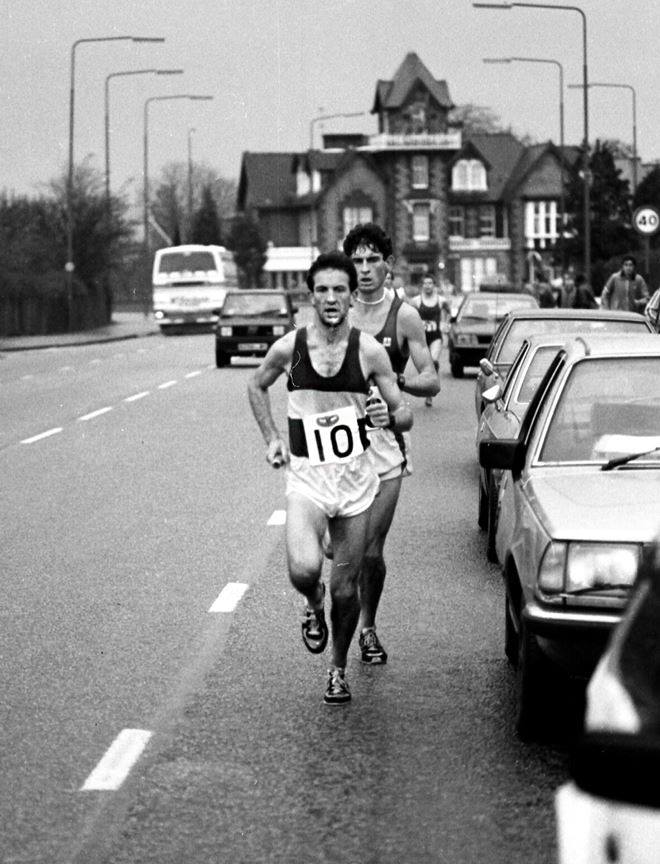 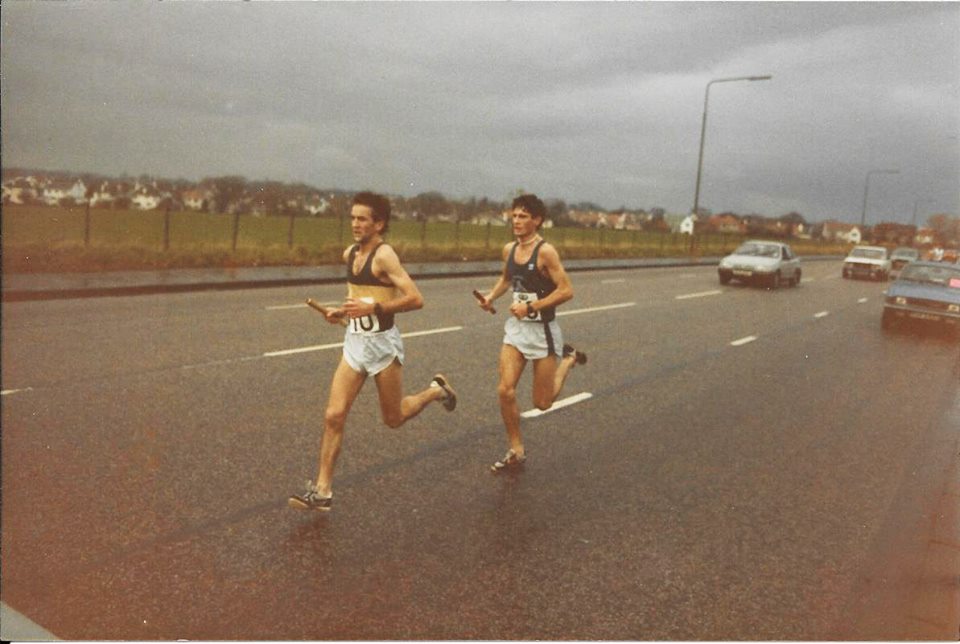 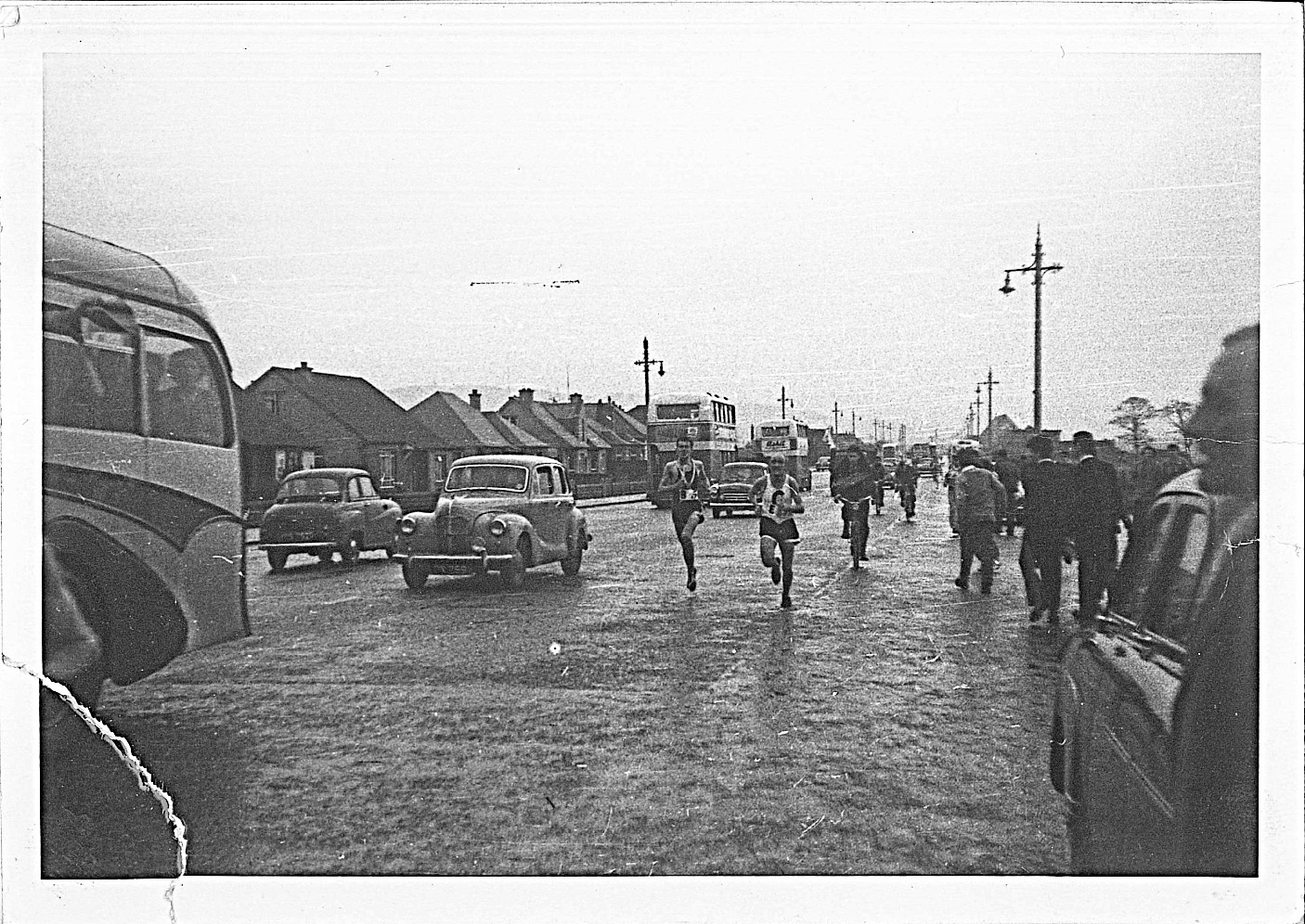 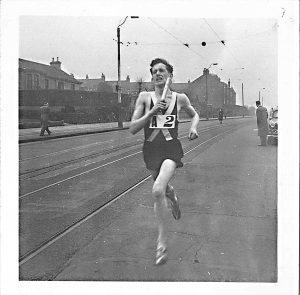 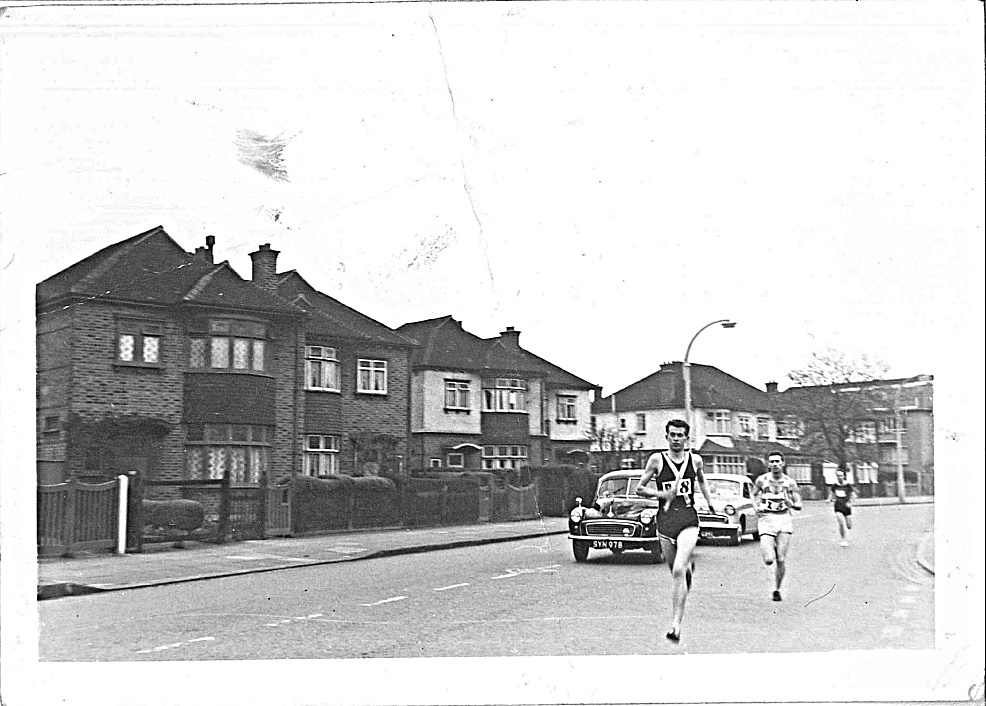 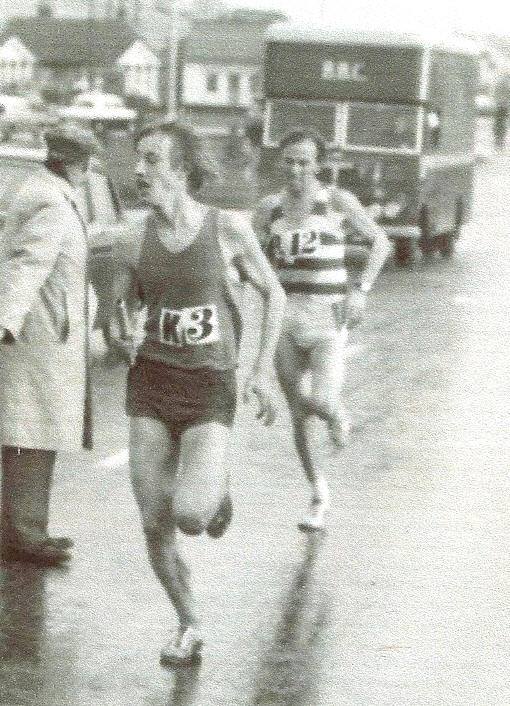 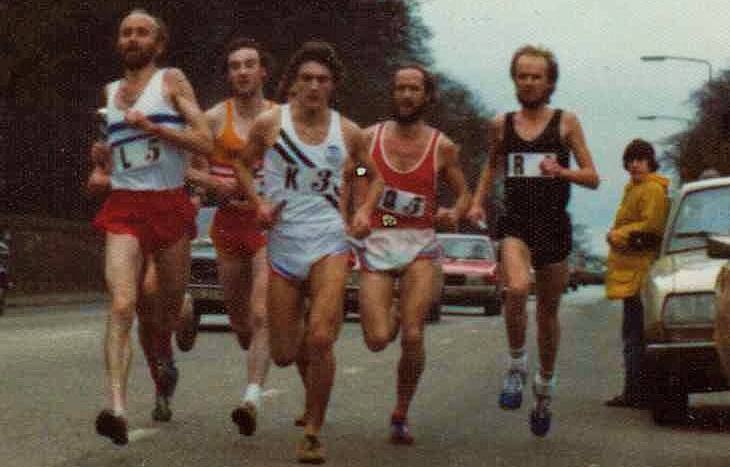 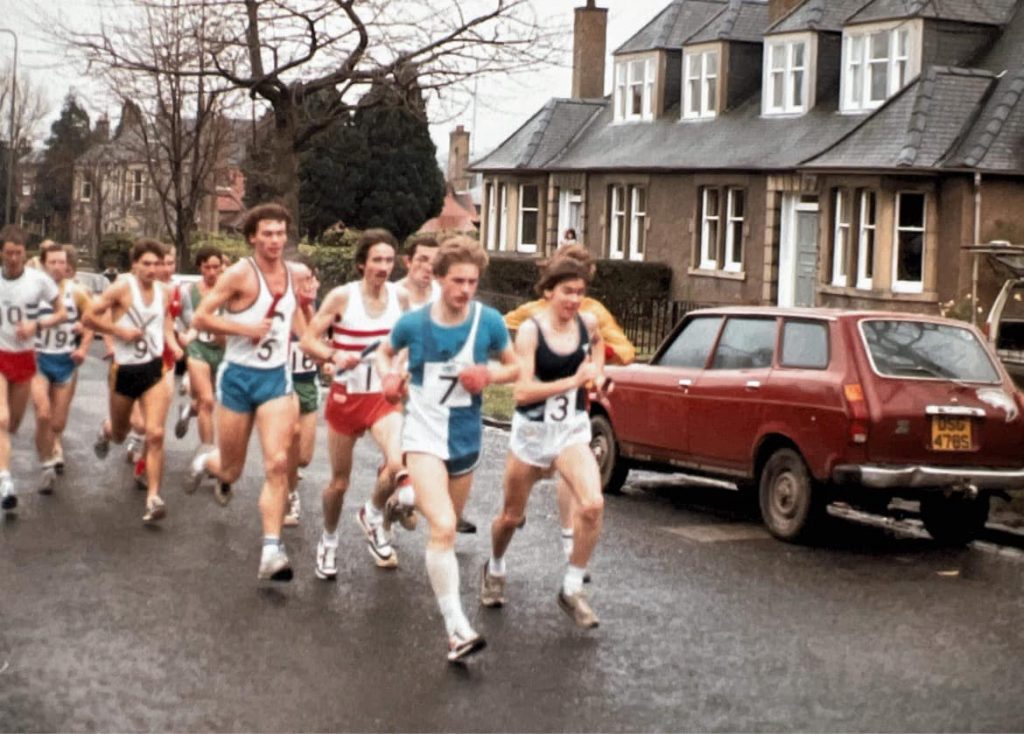 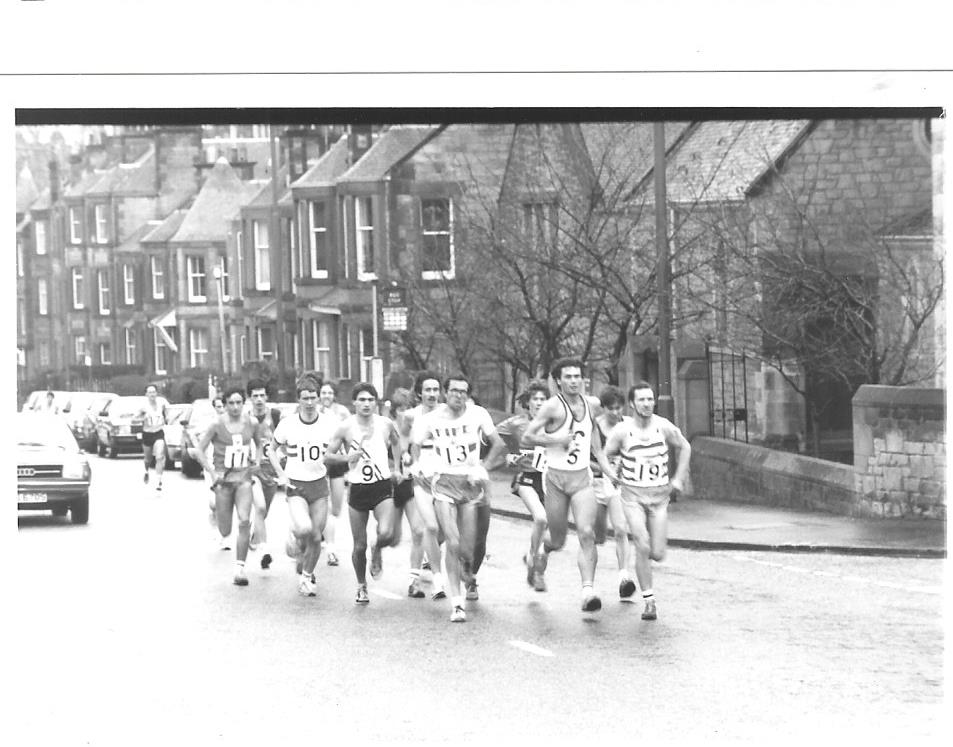 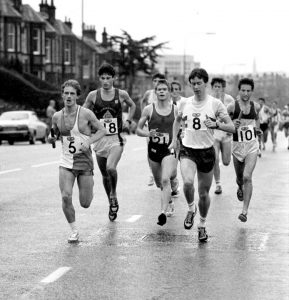 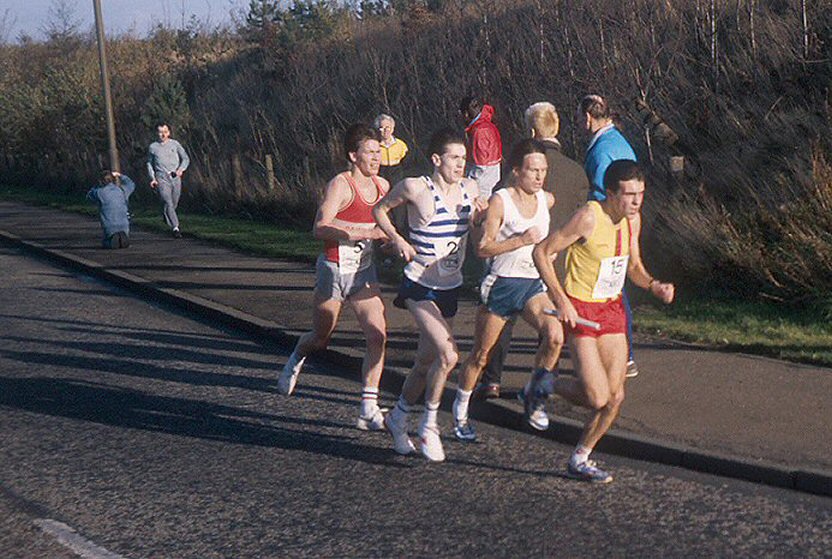 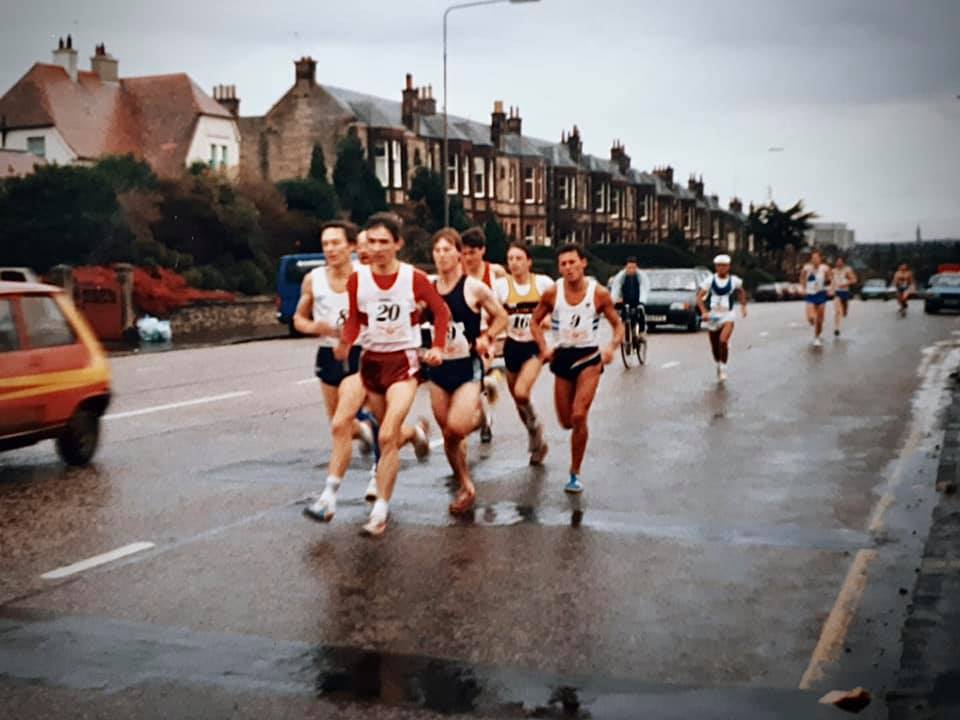 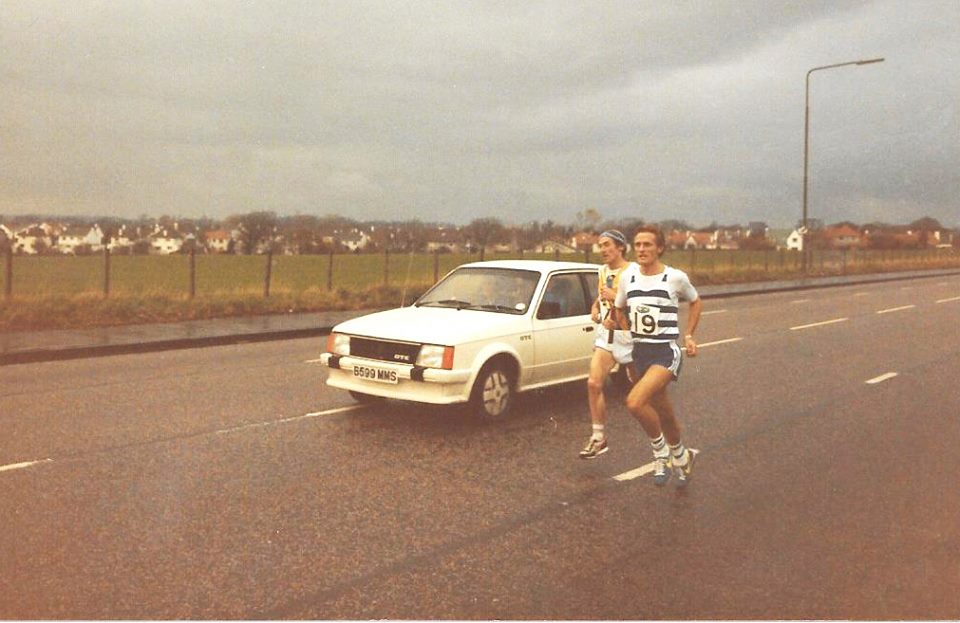 Lachie Stewart and David McMeekin on the first stage in 1987 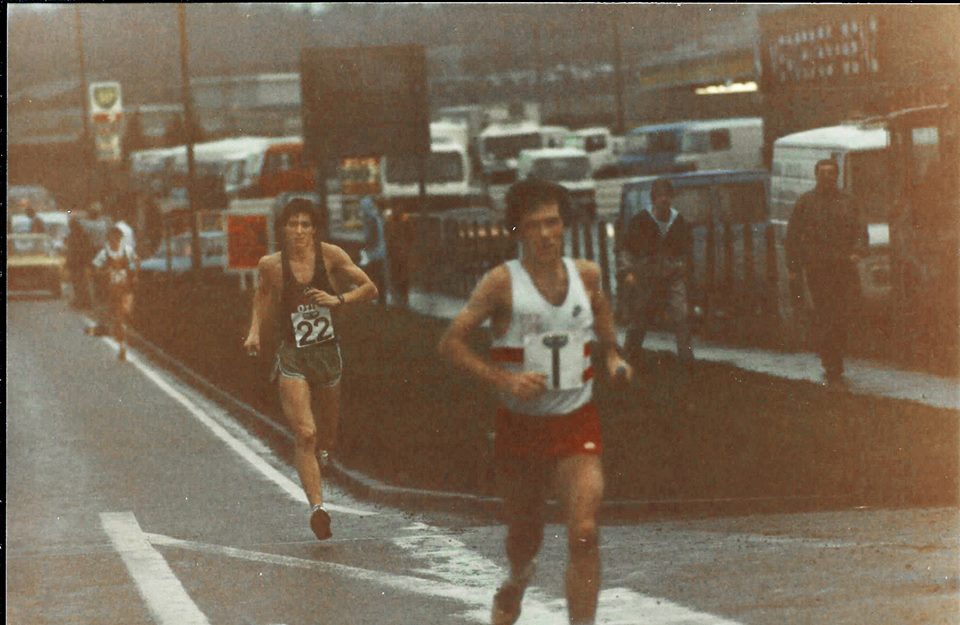 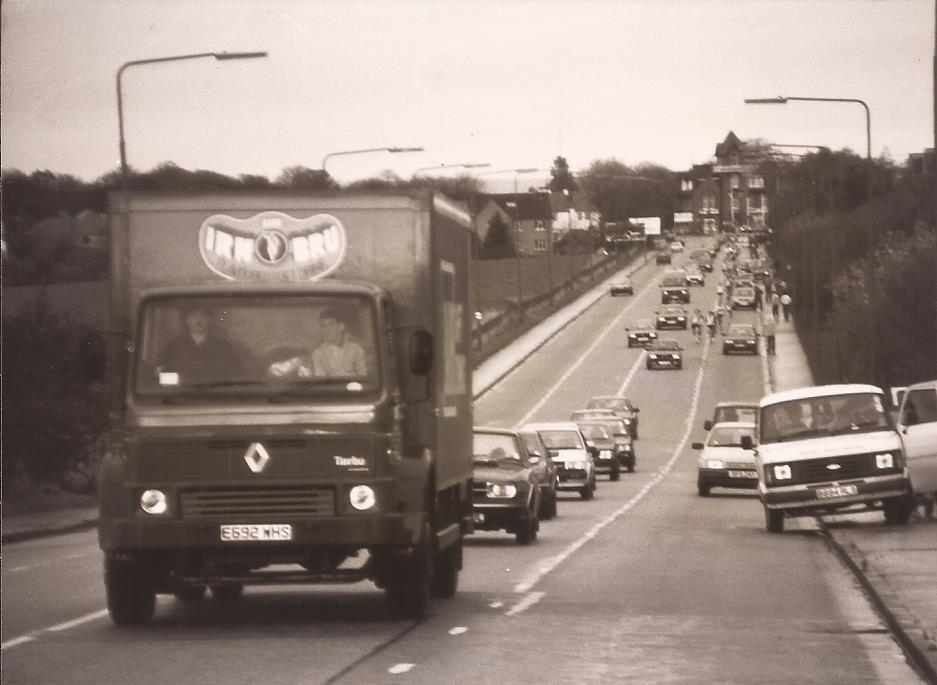 At the end of stage one the long drag up from the Barnton Roundabout to the top and the ‘One Mile to Go’ sign really sorted out the field.   This is the view supporters got when looking back down for their runner. 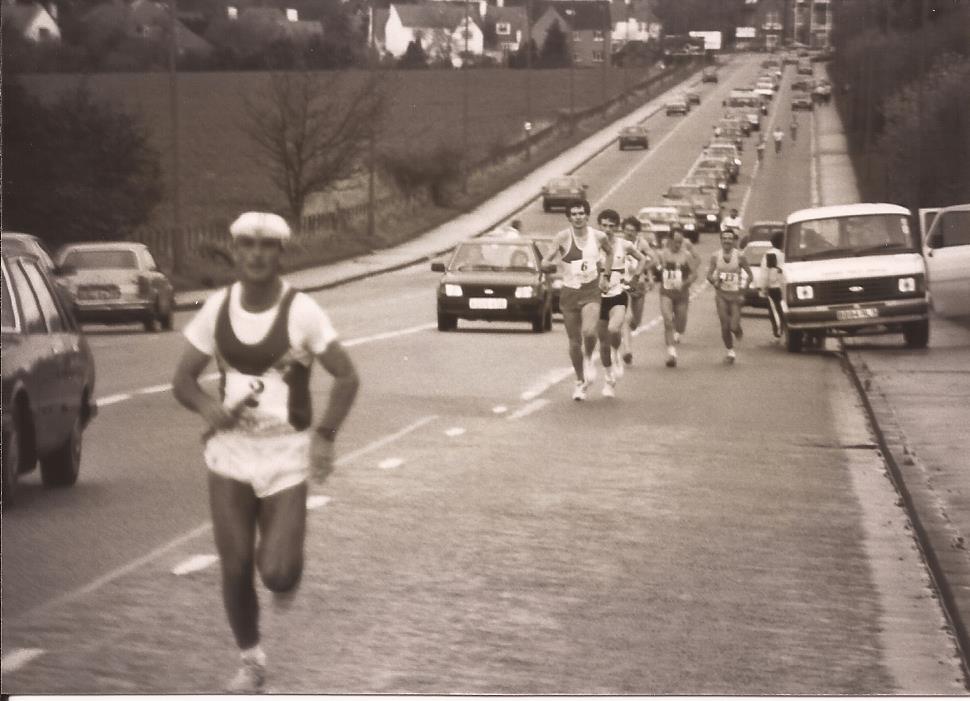 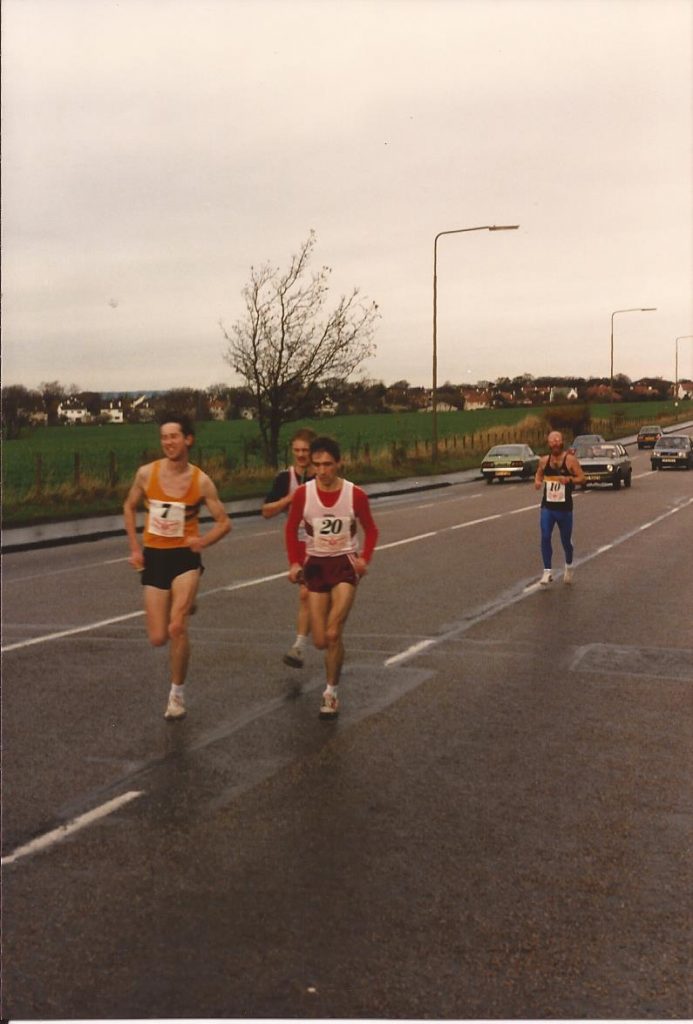 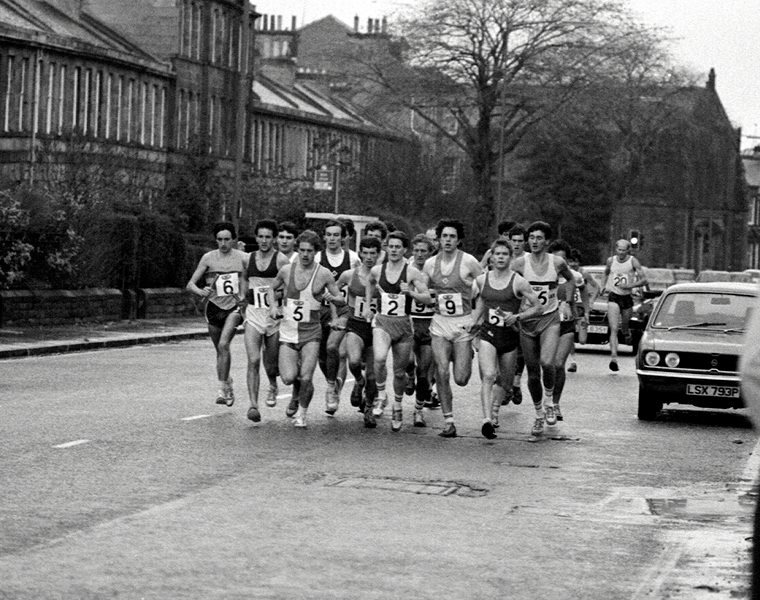 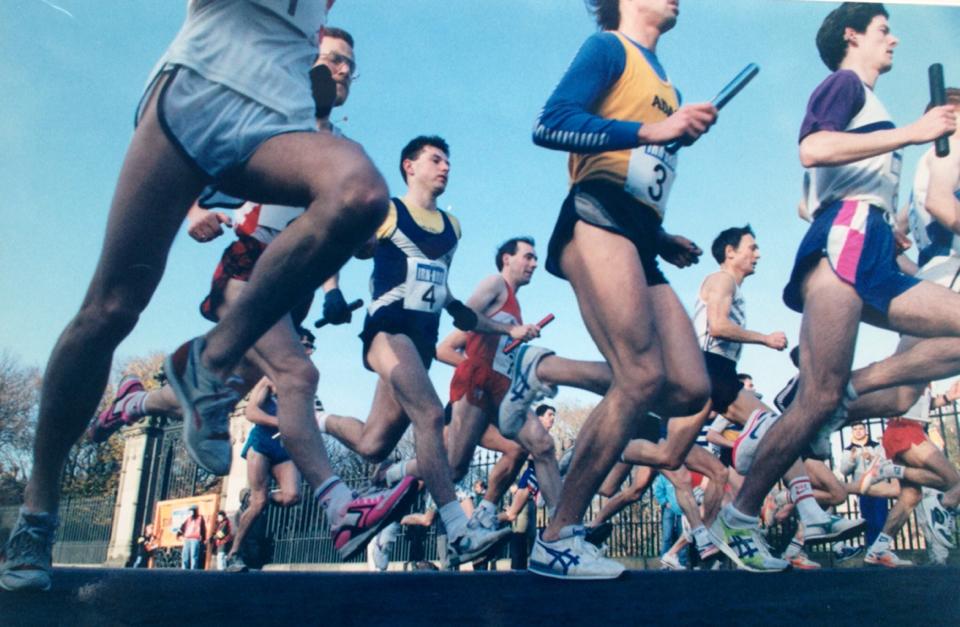 1990: Great shot posted by A Laird on Graham’s website 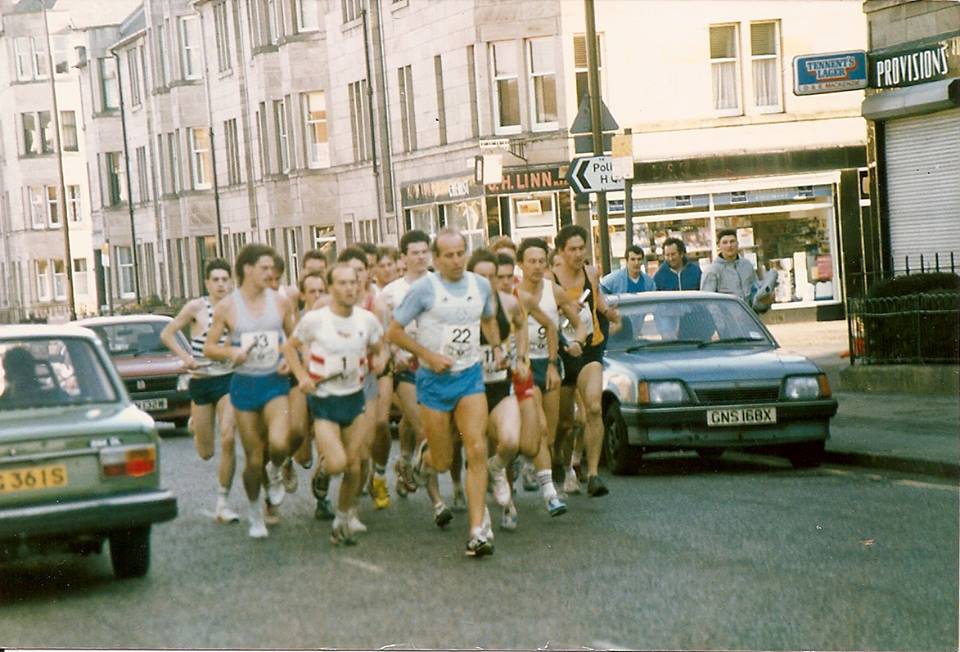