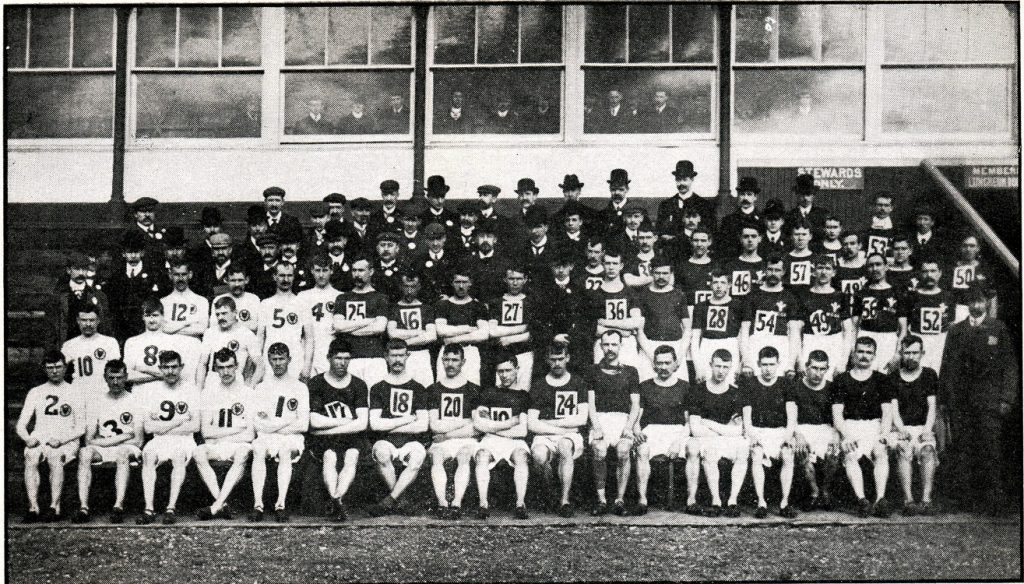 The first official international cross-country international in the world was held in Scotland om 23rd March, 1903, at Hamilton Racecourse.   There had been an unofficial race in Paris on 28th March 1898 but the race at Hamilton is the officially recognised start to the series.   There have been twelve more held here since then.

You may see references to Colin Shields in these reports and this refers of course to his official history of the SCCU  “Whatever the Weather” – a real treasure trove of information.   If there are any available, get yourself one.   It is really the ‘go to’ book on cross-country history.   Other resources used have been wikipedia which has all the detailed information that you could possibly want on the subject including complete results of every race.   Local newspapers have been also used – mainly the Glasgow Herald, but also the Scotsman, the Dundee Courier, the Press & Journal and the Scottish referee.

The accounts of the various races will be posted and the links below activated as they are completed.   The races after 1945 will be tackled first.

Although organisation in Scotland has always been immaculate, there were some awkward moments before the event held in 1978 when Coatbridge seemed to have a better claim to host the event than Glasgow but the race went to Bellahouston.   Click on the link for that story.