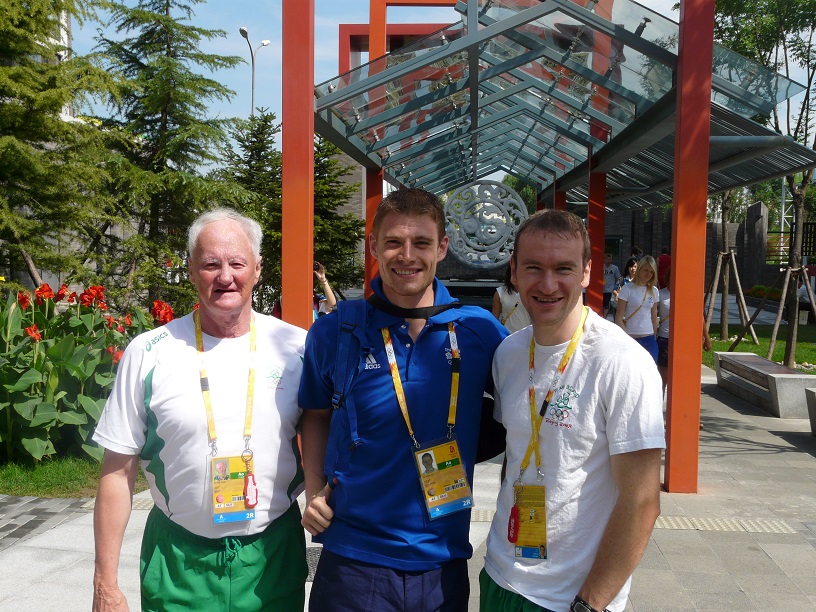 Stuart had to start his coach education again – albeit at a higher level than before – when he started working with elite athletes.   It was a bit like a university graduate going back to do a second degree.   Where and when did he start on this path that would lead him to a higher level of coaching>   He says, “A friend of mine, Tommy Boyle, who already coached Tom McKean, a world class 800m athlete, took on Yvonne Murray, a 3000m athlete, asked me if I would help in a specific aspect of her training.   This was where I found out what top class athletics was all about.   The involvement, both at training and in competition, was paramount in my learning process to reach where I ultimately wanted to coach.   Tommy was a realist which, at that time, I now see that I was not, but he soon changed my thinking in this area which would prove to be vital to my coaching ability at this level.”

Stuart is not slow to acknowledge his debt to others or, unlike many others, to name them: there was Jimmy Campbell, now there is Tommy Boyle.   Believing that as a coach to top flight athletes, he had a duty to learn as much as he could about the event and to understand what it took to reach the desired goal.   Like all coaches he made mistakes but as he gained in experience he cut the mistakes down.   He had to pay more attention to detail than he had in the past.   He was almost greedy for information and learned about all the various disciplines that had to be called upon and which people within those disciplines were the right ones to consult.

If you add in the ‘athletics politics’ such as dealing with administrator & officials and dealing with governing bodies then it can be seen that at this level coaching is a multi-faceted occupation fraught with obstacles to be overcome.    He learned more about both of these over two years in 1985 and 1986 when he was Scottish Staff Coach for the 200 metres event.  The SAAA Coaching scheme at that point was excellent – there was a National Coach with four Group coaches reporting to him (Sprints, Endurance, Jumps and Throws.   Each of these had a Staff Coach for the events in their group (the Sprints had Staff Coaches for 100m, 200m, 400m and the relays).   There were also in 1985/86 two squads of athletes, the senior squad and the development squad (Under 20’s and Under 17’s).   The responsibilities for developing the event, assisting the athletes and their coaches and keeping tabs on the scene were all down to these coaches.   Stuart, like several others, felt that the set up was good, the back up from the governing body was non-existent.   This meant that it was impossible to do the job as he wanted to do it, so he gave up the official role in the national structure.     He went back to coaching his own athletes, noting that he coached individual athletes and not clubs.   During this time he was involved with Tommy Boyle and Yvonne Murray, with a lot of contact time with Yvonne, and “during this association I was learning what performance athletics was all about.   What I was learning both excited and motivated me.”

Despite not holding any official post with any governing body or coach structure, Stuart went on to be a team or personal coach at all the major championships – indoor as well as outdoor – at least once.   There have been 19 of those in total.   All hard work, but all enjoyable.   Stuart leaves nothing to chance, nothing: his list of do’s and dont’s for operating in such an environment is comprehensive.   I’ve seen it and it covers the whole range, for instance –

The boy from Cardenden had come a long way.   We should look at the actual athletes that he coached at this point.