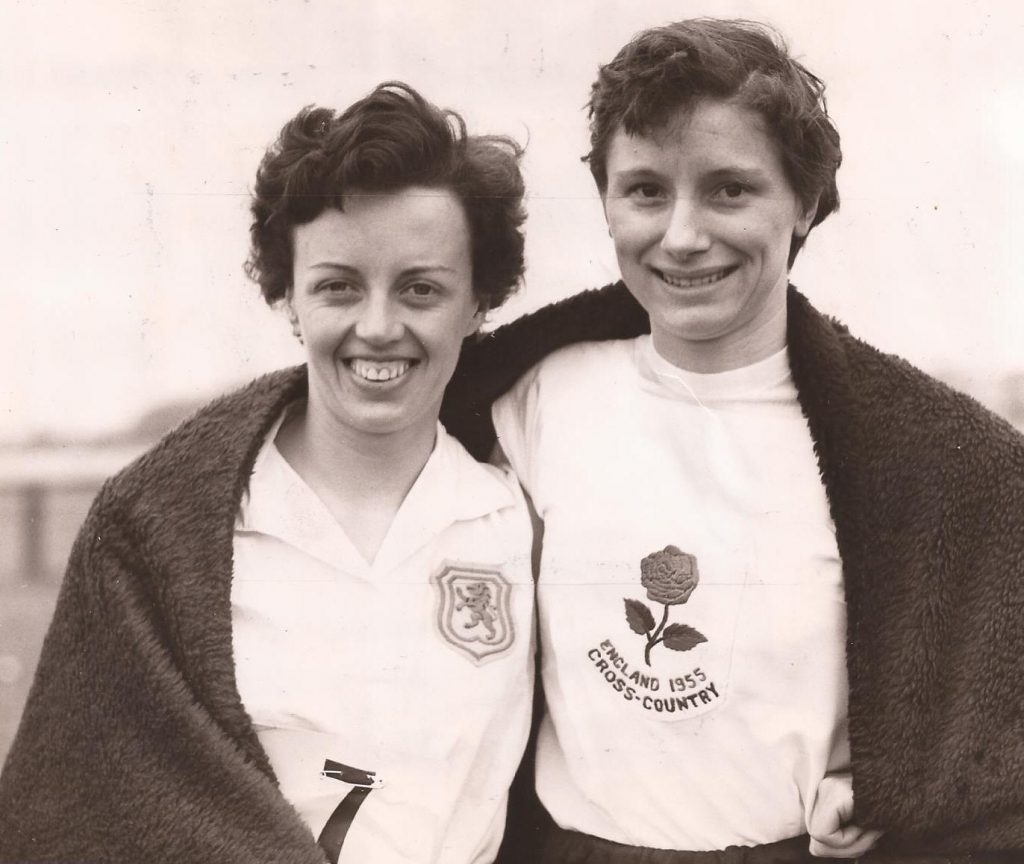 There are some track evets that have a special magic about them – the 100 yards/metres record holders are the fastest men in the world; the marathon is the supreme test of strength endurance, and the magic of the mile is legendary.   The marathon has changed of course from the days when organisers deliberately chose tough courses to test the runners to a situation where speed over the distance is sought with flat courses; from the days when the runner was offered water at relatively scarce points on the course to scientifically concocted drinks and gels, to ice hats for hot weather; to the days when it was a test to the current situation where the leaders are artificially prepared and supported with the remainder being fun runners raising money for charity.   The 100 and the mile though have stood the test of time.   The mile has a kind of magic – four laps of the standard track requiring pace judgement. speed and endurance.   The perfect mix.   On this page there are some facts about the mile.   As in the case of the BBC, it will educate, inform and, we hope, entertain.

We will start with some Scottish facts.  There is a complete list of Scottish sub 4 runners on the scotstats website at

https://www.scotstats.net/rankings-1/sub-4-miles/ .   Click on the Link to see them all.

The list is organised by times run and at present (December 2019) there have been 29 sub four Scots who have run it a total of 137 times.   Only ten of these were run in Scotland, and all were in Edinburgh at the stadium which nolonger exists.   A couple of other facts from the list: Ian and Peter Stewart are the only brothers to appear, and Graham Williamson (still the record holder) and son Jamie are the only father and son to have done so Graham in 1982 and Jamie in 2018.  Most prolific is Chris O’Hare with 23 to his credit.   I urge you to inspect the list!

Possibly more than most events, by definition, the time over the distance matters.    Records matter.   The struggle towards the 4:30 mile and the 4:00 mile at world level are well documented, but not at the local level. 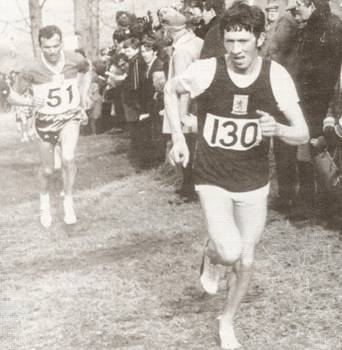 SCOTTISH NATIONAL RECORD: for a performance made in or outwith Scotland by a competitor who was born in Scotland, or either of whose parents was born in Scotland, or who has been recognised by Scottish Athletics as eligible through three years continuous residence to be a Scottish athlete for international competition, provided that athlete has not rendered him/herself ineligible to compete for Scotland.

SCOTTISH ALL-COMERS’ RECORD: For a performance made in Scotland by a competitor irrespective of their nationality or place of birth.

2.   What records are we interested in?   Mile Records for Men and Women, in the first instance, and the progression towards the significant marks of 4:30 and 4:00 for men and 5:00 for women. 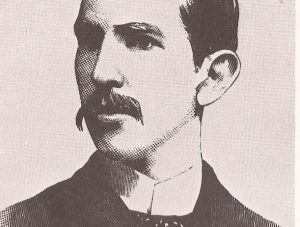 Blane was indeed a member of Maybole FC but he was also a cyclist who won many road races before he took up running, when he ran for Clydesdale Harriers.   His career was short but extremly successful. 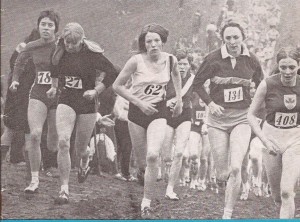 4.   5:00 for women.   After the war in 1945 the top woman mikler in Scotland was Aileen Drummond (later Lusk) from Glasgow who hacked the record down from 5:45 to 5:12.  She was succeeded as record holder by Helen Cherry (later Donald) who took it down to 5:02.9 at the WAAA Championships at the White City.   Initially she was not credited with a record since it was run ‘furth of Scotland) but it has since been recognised.  That lasted from 1962 through to 1969 when Margaret McSherry (later Coomber) took it down to 4:56.3. 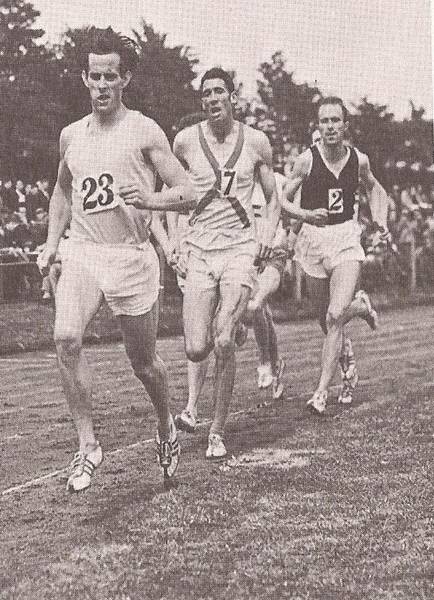 5.   4:00 for Men   There really was a scramble to be the first Scot under 4:00 as indeed there was all over the world after Bannister and Landy did so.   Among the Scots in the hunt were Alan Gordon (Achilles), Graham Everett (Shettleston), Mike Berisford (Sale), Hugh Barrow (Victoria Park).    Of these: 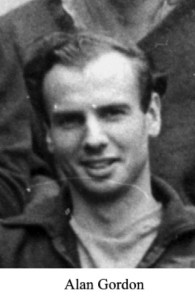 6.   The Progression to the First Four Minutes

7.   The barrier having been broken, the event still had two major challenges for Scottish milers – first it had been run outside the country  and obviously the athletes, supporters and aficionadoes wanted to see one run in Scotland: indeed there had to be on for the country to be able to hold its head up internationally; second, for all his virtues, Mike Berisford was an Anglo-Scot and we up here in Scotland wanted a home Scot to run the distance inside the magic time; and third, there would have to be a home Scot run sub-4 inside Scotland..   The first of these objectives was attained by Englishman Derek Ibbotson at Ibrox Park in the Glasgow Police Sports in 1957 ran 3:58.4 to set a British and European record for the distance.   There was a bit of a hiatus before the second was accomplished. 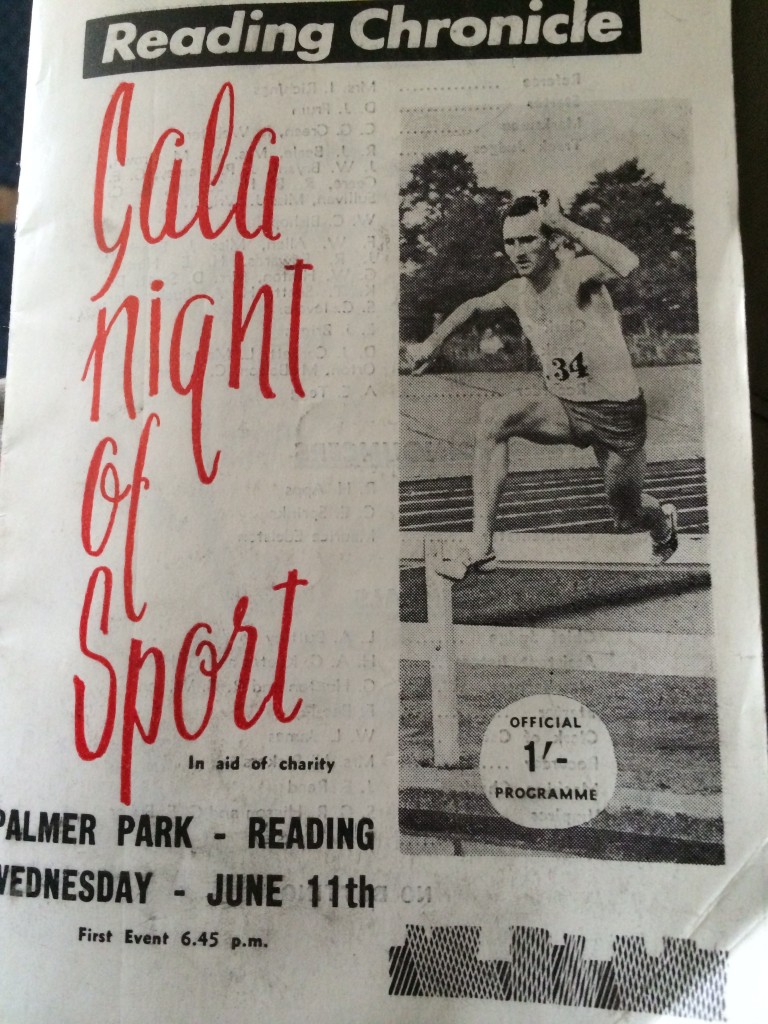 8. Ian McCafferty was the man.  On 11th June both Stewart brothers (Ian and Peter) took on McCafferty in the Reading Chronicle Gala Night of Sport.   There had only been one Scot sub-four for the Mile up to then (Mike Berisford) but there were three afterwards.   The pre-arranged pace-maker (M Duff) took the field through 440 yards in 58.1 and 880 in 1L58.9 before McCafferty took over.   Ian Stewart passed him after only 220 yards and carried the pace until the last furlong when McCafferty made his big break and although Ian Stewart was closing all the way, managed to win in 3:556.8 (which was over five second faster than his personal best) with Stewart second in 3:57.3 and brother Peter third in 3:58.7.    The Stewart parents had come from Musselburgh outside Edinburgh and although Ian was born in Birmingham, Peter was born in Musselburgh.   So there were three new Scottish 4-minute milers faster than Berisford’s 3:59.2 after the one race. 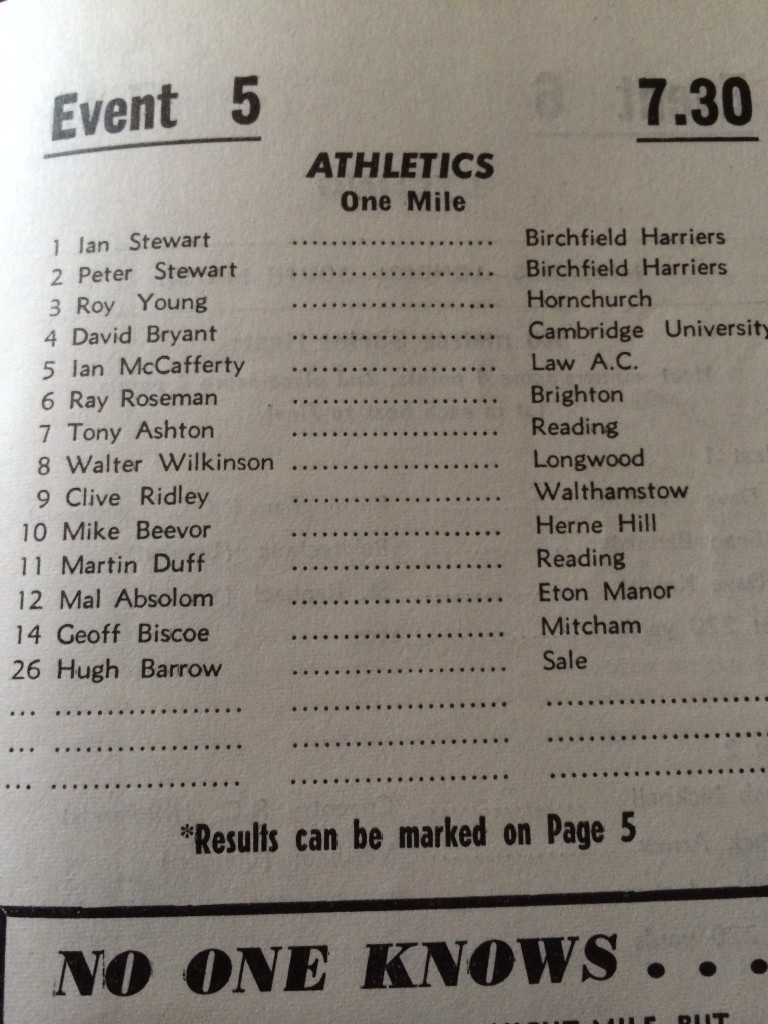 9.   The first home Scot to do the business in Scotland was the second placed runner in that race: in the Emsley Carr Mile, held at the British Games in Edinburgh in 1970, Ian and Peter Stewart ran a magnificent race to be separated by inches and both had the same time of 3:57.4.   Ian had the all-comers record, and Peter became the holder of the native record. 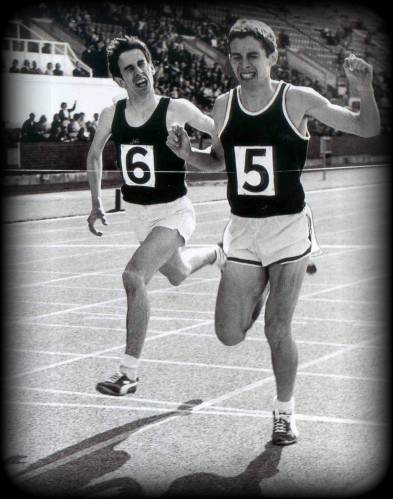 Ian (5) and Peter Stewart at Meadowbank