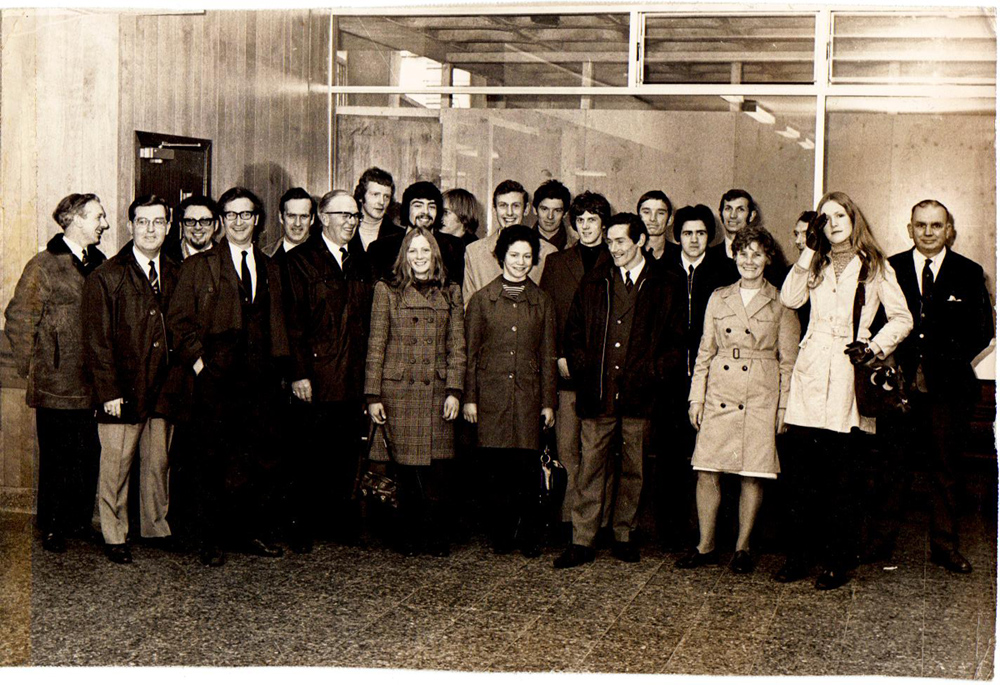 The years between 1945 and approximately 1990 were a golden age of Scottish distance running on the track, over the country and along the roads.  The improvement in terms of quality and maybe especially in terms of depth was continuous with large numbers of quality athletes being produced.   It was also a time when those who took part in the sport enjoyed high esteem in the eyes of the public as well as of other athletic disciplines.   This is seen in varioous ways such as the holding of the national marathon championship at the annual Scottish track and field championships and the many international track and field events at which major international stars competed in middle and long distance races.   The main stars in the Scottish athletics firmament such as Tom McKean, Frank Clement, Ian McCafferty, Lachie Stewart, Fergus Murray and Donald Macgregor are well known but  such was the standard that many quality athletes never saw a Scottish vest or a championship medal and the compliment of calling a runner “a good solid club runner” really meant something.   This and the following pages are an attempt to give some of these athletes the credit that is their due.   As far as ranking athletes are concerned please note that all will be short but –

*Some will be listed because they were really outstanding and they will have a link to an individual profile;

* some will be for very good club runners who, although of above average ability, were not of international calibre;

* there will also be a sprinkling of runners who were well known to other runners and aficionados, who never won anything but who were part of the scene and helped make it what it was;

*  and others might not have a star career but will have gone on to be top class officials/administrators (such as Ewan Murray). or become very good coaches (eg Tommy Boyle);

there are also some athletes on the annual ranking lists who will be omitted alogether: English, Irish, Wesh, etc will be ignored unless they lived and competed in Scotland, whereas others who competed for Scotland in a significant Games despite not meeting the above criteria, will be listed.

To begin with we will note those listed on the annual rankings as listed on Arnold Black’s excellent website www.scotstats.net.   Additional information has been gleaned from Ron Morrison’s official road running and cross country website, Colin Shields’s book “Whatever the Weather”, Arnold Black and Colin Shields’s book “The Past is a Foreign Country”, ‘The Scots Athlete’,  and ‘Scotland’s Runner’.

Dealing with the topic in alphabetical order, we start, naturally with the letter A. 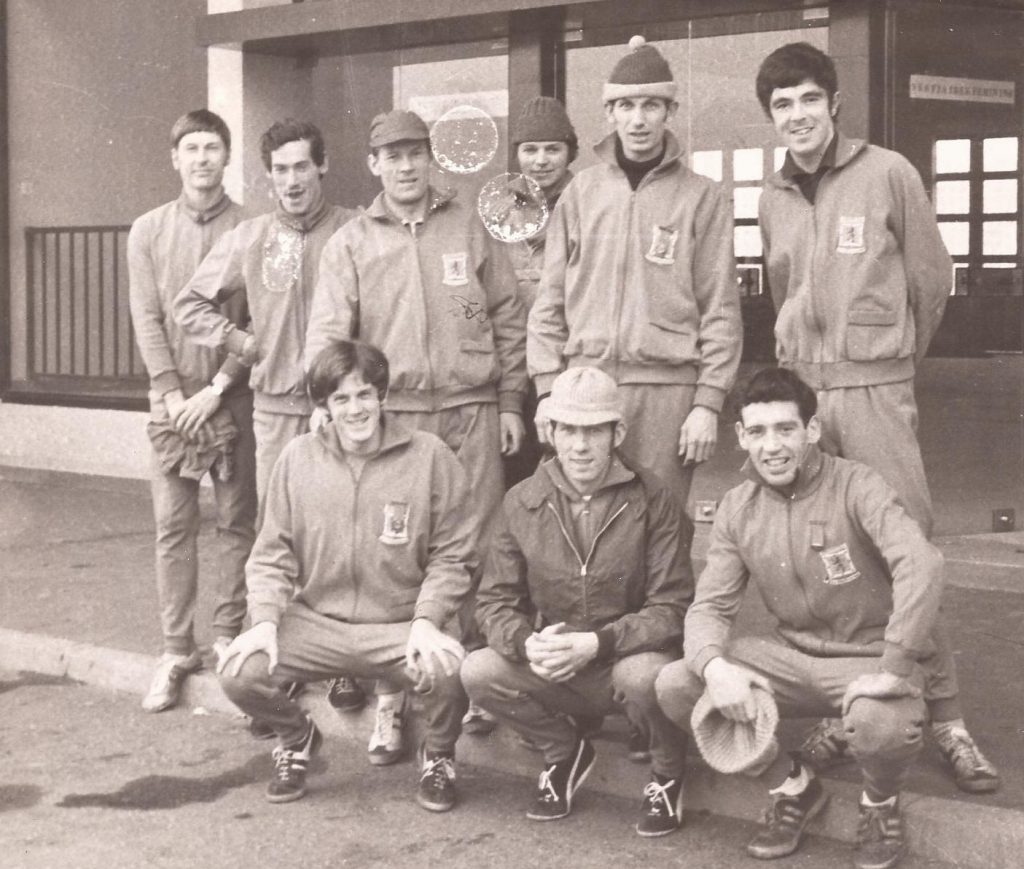 Jack Adair was a popular member of Bellahouston Harriers in the late 60’s/early 70’s who later moved to Linlithgow.   Mainly a track runner with a talent for long distance he proved to be a good marathon runner when with Linlithgow in the early 1980’s.   While with the Glasgow club, he ran cross country and in the Edinburgh to Glasgow for a number of years.   He still returns to Bellahouston Presentations and Dinners along with Frank Clement who also moved to Linlithgow.

Bob was a regular member of the team in the 1970’s which included such as Willie Day, Willie Sharp, John McGarva and Andy Pender.   He ran in the Edinburgh to Glasgow relay four times (winning team bronze in 1976) and was also a scoring runner in both District and National championships.

In the 1995 Scottish Masters XC, Allan led Dumbarton to victory in the team contest.

Bill, a Lerwick postman, was one of those tenacious, durable runners who seemed to improve, relatively speaking, with age. His favourite event was the half marathon and, by the age of 65 in 2012, he had run an incredible total of 400, all over Europe, winning many races and umpteen veteran prizes. Bill’s fastest time was 70.20, set while securing M45 silver in the 1993 British Masters half marathon championship. A week earlier, after a very close battle, he had finished third, only 12 seconds behind the winner, in the Scottish Masters half marathon event. Bill represented Shetland twelve times in the Island Games and helped his team to win half marathon silver medals. Running for Scotland in the 1992 British and Irish Masters XC International, he contributed to M45 team gold medals.

West Kilbride was a short lived club in the South Western District that was remarkably successful.   Adamson was probably their most successful athlete.  In 1948 he was second in the National Youths race to Harry Fenion of Lochwinnoch Harriers.  He won the Youth title in 1949 from John Stevenson of Greenock Wellpark, leading his club to  first place in the team race.; and the Junior championship in 1950.   A year later and he won the District Cross-Country championship but could not repeat the national victory – he was second to Eddie Bannon of Shettleston.

Adamson was also a useful track runner who ran the steeplechase as well as the longer distances on the flat. In 1949, while still a Junior he was third in the SAAA Senior Championships in the event. 1950 was probably his best year and the highlights were in national championships, international honours and invitation races. On 24th June, he ran in the SAAA Championships at Hampden Park where he was second in the Three Miles to Tommy Tracey of Springburn.   On the first Saturday in August he finished third in the invitation Two Miles behind American Horace Ashenfelter and Freddie Green of the AAA’s, and one week later he ran in the steeplechase in the triangular international against England/Wales and Ireland at the White City  where he finished third behind Disley and Howell (both E/W).

Neil was a good club runner who ran for Clyde Valley in the 70’s and 80’s,  winning two gold medals  in the Edinburgh to Glasgow, as well as racing in the National Cross-Country Championships and Road Relays.

Charles was a cheerful, athletic, talented young runner at Aberdeen University around 1970. Although lightly trained, he was fast on the track (800m/1500m) and also showed promise over the cross-country.  He must have done post-grad work at Edinburgh and Oxford. He ran the 9.20 steeple in May 1977, under Oxford University. He may well have won a blue – if not he could not have been far off it.

Aitken was a solid club runner on the roads and over the country in the 50’s and early 60’s .   He ran in the Edinburgh to Glasgow nine times and in many cross-country teams at county, district and national level.   The teams included such as the Stevenson brothers, Bill Stoddart, Frank Whitley and George King. 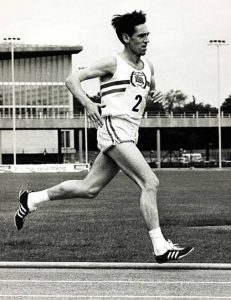 Willie started off as a long jumper but became a very successful long dstance runner while at Edinburgh University.   He won several honours in cross-country and road team competition while at Edinburgh University.   These included team victory in the Edinburgh to Glasgow Road Relay in 1965 (where he was third fastest individual on the third leg), third team in the Scottish Junior Championships in 1966, first team in the Scottish Universities Championships in 1967 and first team in the Scottish Senior Championships in the same year. In 1969, running for ESH, Willie won another team gold.  Willie’s main event on the track was the steeplechase in which he was Surrey champion in 1970 and a best time of 9:13.0 set at the Scottish championships in 1968.  After graduating, Willie moved to England and went on to have a very successful career as a veteran, running for England and winning a British Masters XC title.  At his peak Willie ran 80-90 miles per week in training, this included a long run of 16 miles on a Sunday, two fartlek sessions a week and twice daily training on five days.

A very good cross-country runner, he ran for Scotland in the International CC Championships in 1947.

A long-serving member of Monkland after the War who was a good all-round distance runner on the roads and over the country. He ran for Scotland in the 1951 International XC Championships; and for Monkland took part in the E to G four successive times between 1949 and 1952.

Ross represented Cambuslang Harriers for much of his career, but he started out with Aberdeen and ran for Scotland in the 1980 World Junior Cross-Country.   Previously he had shown outstanding talent on the track as an Under-17 Youth (800m in 1:56, 1500m in 4:01.1 and 3000m in 8:42).   As a senior he improved to 1:53.5 and 3:55.8.   Ross won the three senior team medals with AAAC: bronze in the 1981 E-G; silver in the 1981 Six-Stage Relay and bronze in the 1982 National Cross-Country.   With Cambuslang, he went on to win team gold in the 1988 National (thirteenth finisher), a full set of medals in the Cross-Country Relay, including gold in 1987, and bronze in the Six-Stage Relay.   To this day he continues to be a modest, popular but very successful veteran athlete.   He won several team gold medals in the National Veterans Cross-Country, and frequently represented Scotland in the annual Masters Home Countries Cross-Country International. 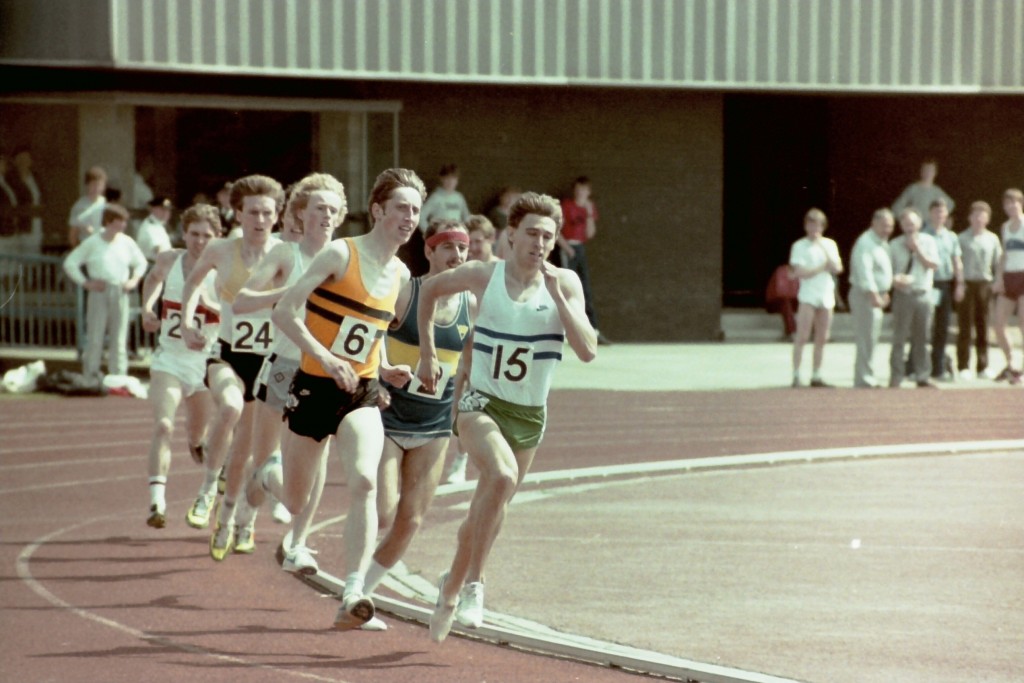 George Armstrong Haddington East Lothian Pacemakers
George improved steadily as a veteran runner. In the Scottish Masters Cross-Country championships he secured M50 bronze in 1990; and then won the title in 1992. He added M55 bronze in 1995; and M65 silver in 2008. For Scotland, he ran several times in the annual British and Irish Cross-Country International. A bit of an iron man, George completed over 140 marathons.

In 1987, David won the East District Junior XC title and later ran for Scotland in the World Junior XC Championships. Then he ran the E to G.

A good half-miler on the track Ronnie had a good career as a Junior and young senior racing in District and National cross-country championships as well as in the Edinburgh to Glasgow relay.

Stuart had just turned 40 when he set his marathon personal best, by winning the 1990 Dundee Marathon. He had been a good hill runner. In the (all-veteran) Alloa to Bishopbriggs 8-Man Road Relay, Fife AC won easily in 1990, setting a new course record, with Stuart fastest on his stage.

James came into the sport as an under 15 in 1980 and was a useful half miler/miler running cross-country and Edinburgh to Glasgow as soon as he was eligible.   It was only when he took up steeplechasing serviously in about 1988 that he drew himself to national attention.   A district and are representative over the country he won two SAAA medals for the ‘chase – second in 1996 and third in 1997 – and he gained a Scottish vest on the track over 5000m.

Simon Axon   was a Welsh Junior Cross-Country International who moved to Scotland and ran for Inverness Harriers before going to live and work in Aberdeen, and to join AAAC.   He made his debut for North District in the 1984 E-G finishing fifth in a high quality Stage One.   In 1985 he turned out for Aberdeen in the same race and was given the responsibility of tackling the long Sixth Stage for the team which finished sixth.   In the 1986 Aberdeen team,   Simon moved up three places to fifth on the difficult second stage, sixteen seconds behind the fastest time.   Eventually Aberdeen AAC won by over a minute.   In 1988, Aberdeen led from Stage Three onwards and Simon kept a healthy lead on Stage Seven which was just as well because the last leg runner had developed hamstring problems and only finished 21 seconds ahead.  That was a second gold medal for Simon Axon and he added a bronze in 1989 when he moved past ESH on the final leg.   In 1988 Simon was twenty second in the National Cross-Country in the team that finished third.