Note that in a a book printed in 1943 under war-time constraints, some pages are very closely bound or printed close to the edge, and there will therefore be pages not properly centred.   This does not of course affect the content at all. 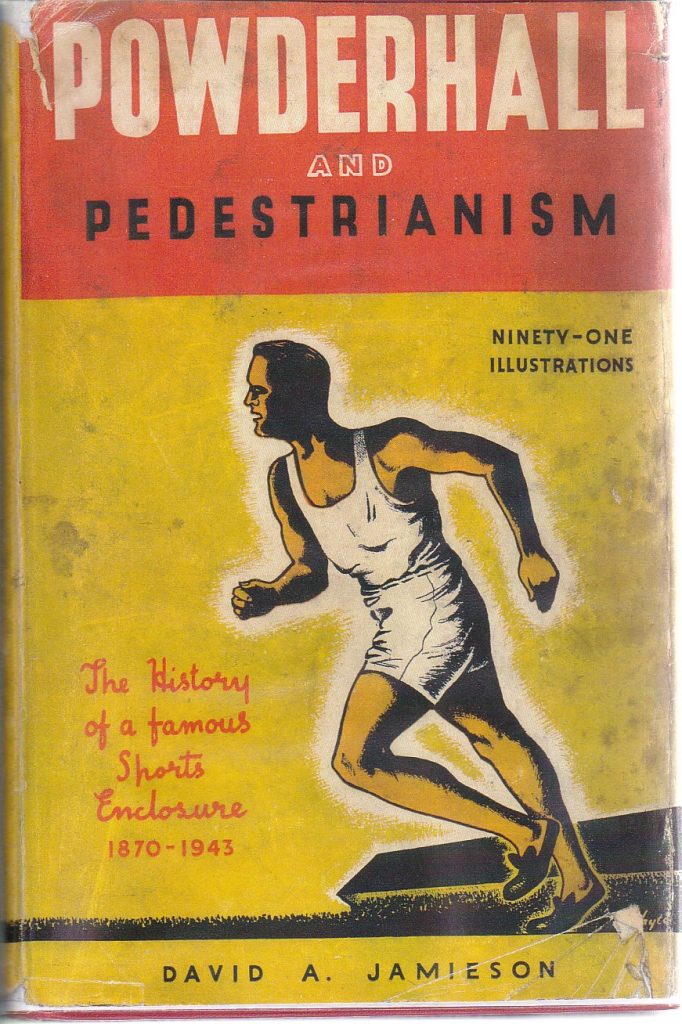 When talking about the history of professional athletics, particularly the running events, it is not long before the book ‘Powderhall and Pedestrians’ comes up.   Published in 1943 and written by DA Jamieson it is not only a classic but it is a mix of information and statistics dealing with a much misunderstood branch of athletics as well as an account of a particular stadium.   There are all sorts of myths about The Games none of which do the sports justice.

There are those engaged in the sport, either as athletes, former athletes, officials or administrators who see the professional side of the sport as the purest form of our traditional sport and look down on what they see as the hide bound, rule bound amateur athletics sport with its petty restrictions.   On the amateur side of the sport, they look down on the village sports and games, the races on uneven tracks of differing dimensions, the lack of any national standards or championships as not real athletics.   Ironically there is a perception of the professional sport as more amateur in its organisation while the amateur side of the same sport is run in a more professional way.

In the midst of this confusion, there is Jamieson’s book about Powderhall which treats the serious subject in a serious fashion.   Ten years before this book appeared on the scene, the same DA Jamieson had written, or edited, ‘Fifty Years of Athletics’ which was the history of the first 50 years of the SAAA which, as well as dealing comprehensively with the history of the amateur body and its championships, spoke of the interface with professionalism in the various parts of the country.   Between them, the two books tell us a lot about athletics on both sides of the divide at the start of the 20th century – and for those who will look closely, they tells us a bit about athletics as practised today.   Links to the various chapters and results pages are at the foot of This page. 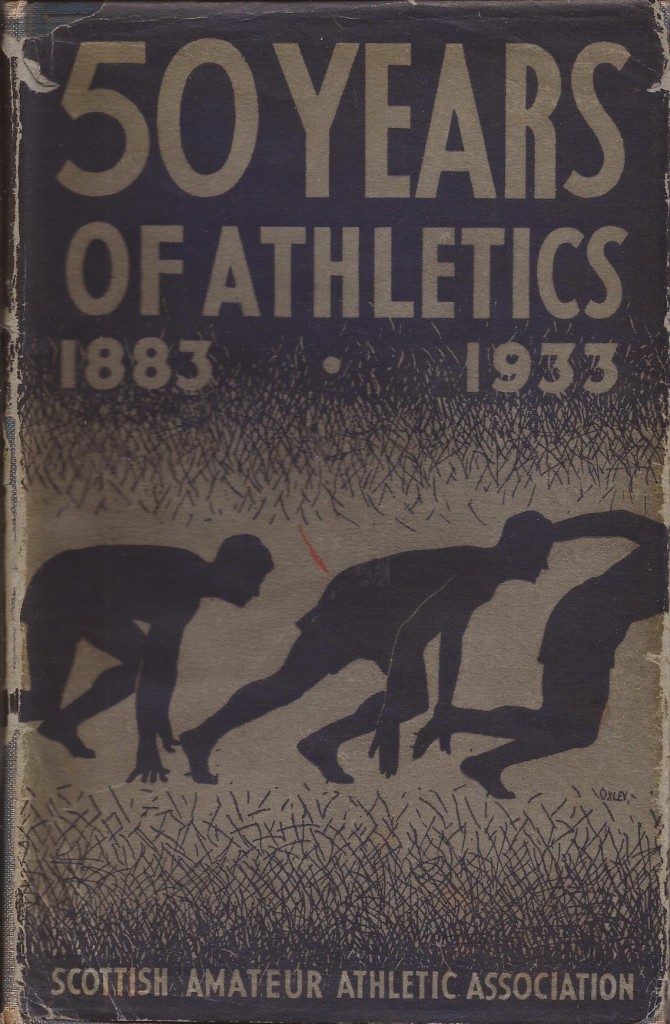 You can read all of   ‘Fifty Years of Athletics’     by clicking on the title but this page looks at the excellent ‘Powderhall & Professionalism’   The book is out of print and unlikely ever to be reprinted.   We will reproduce some of the chapters but since the book runs to 320 closely typed pages it will not appear in its entirety.   You are urged to get hold of a copy, borrow a copy if your local library cannot get one for you, if you are at all interested in the topic.     We can begin however by looking at the List of Contents followed by the introductory remarks. 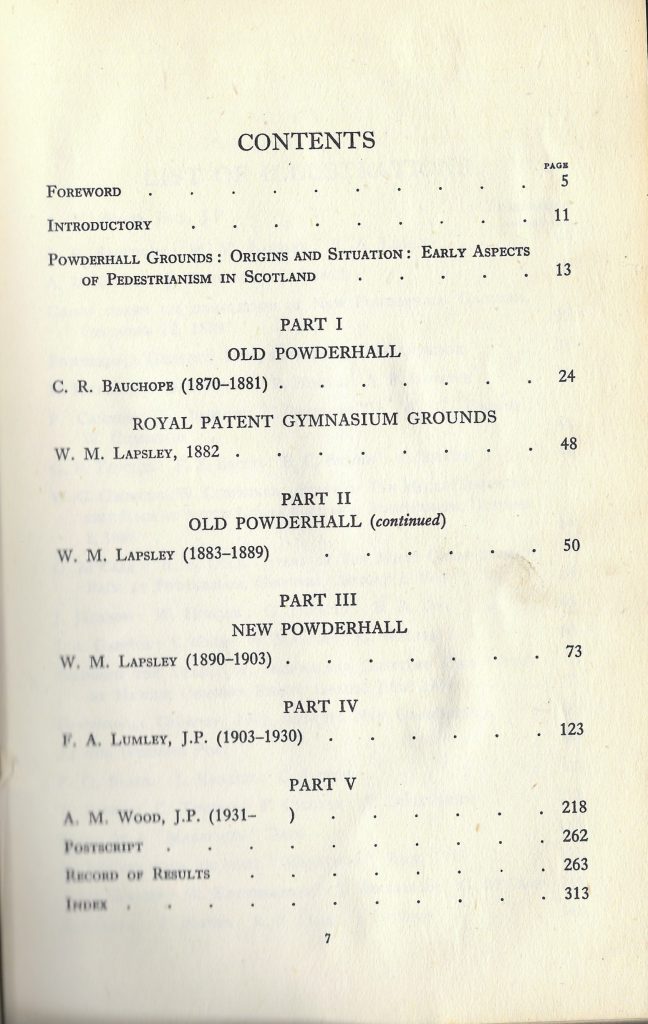 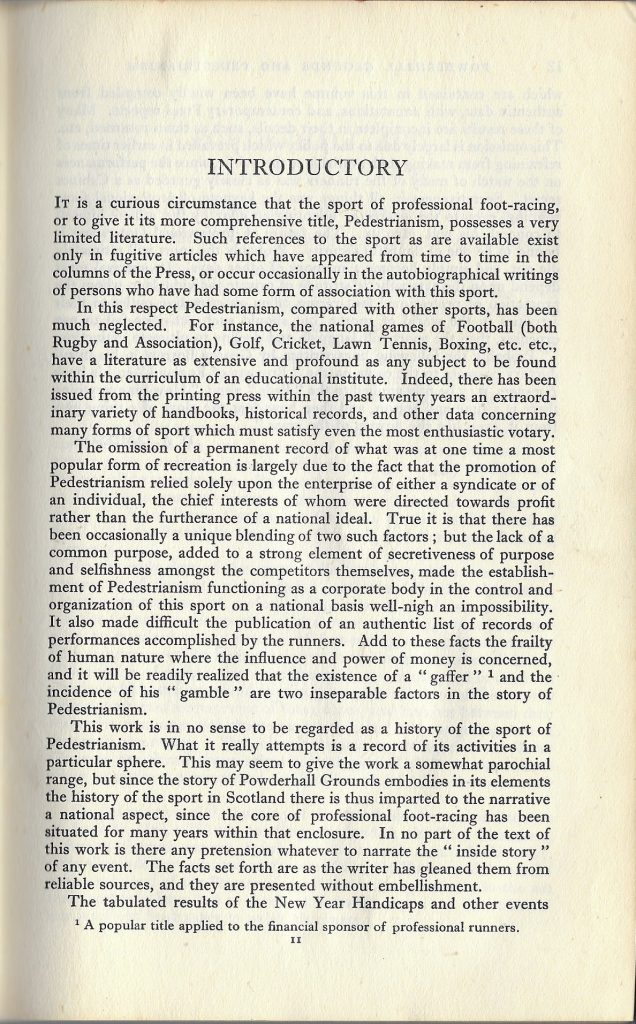 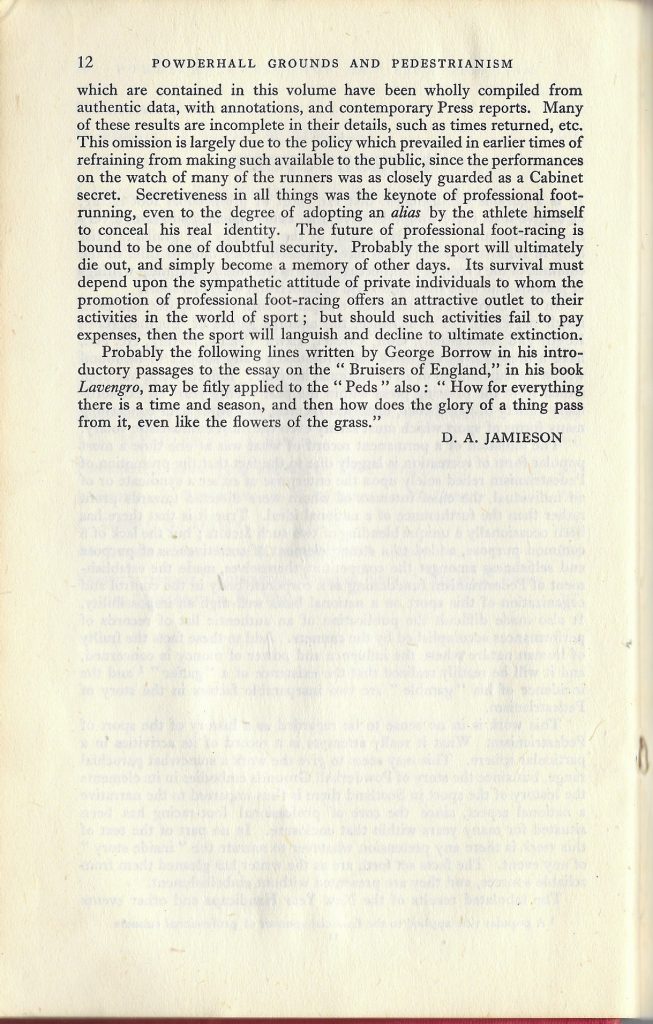 Read it through at least twice – won’t take long because it is so short – because there is so much there that you will almost certainly miss something the first time through!    The second part, about Powderhall Grounds is now up and just reproduced without comment.