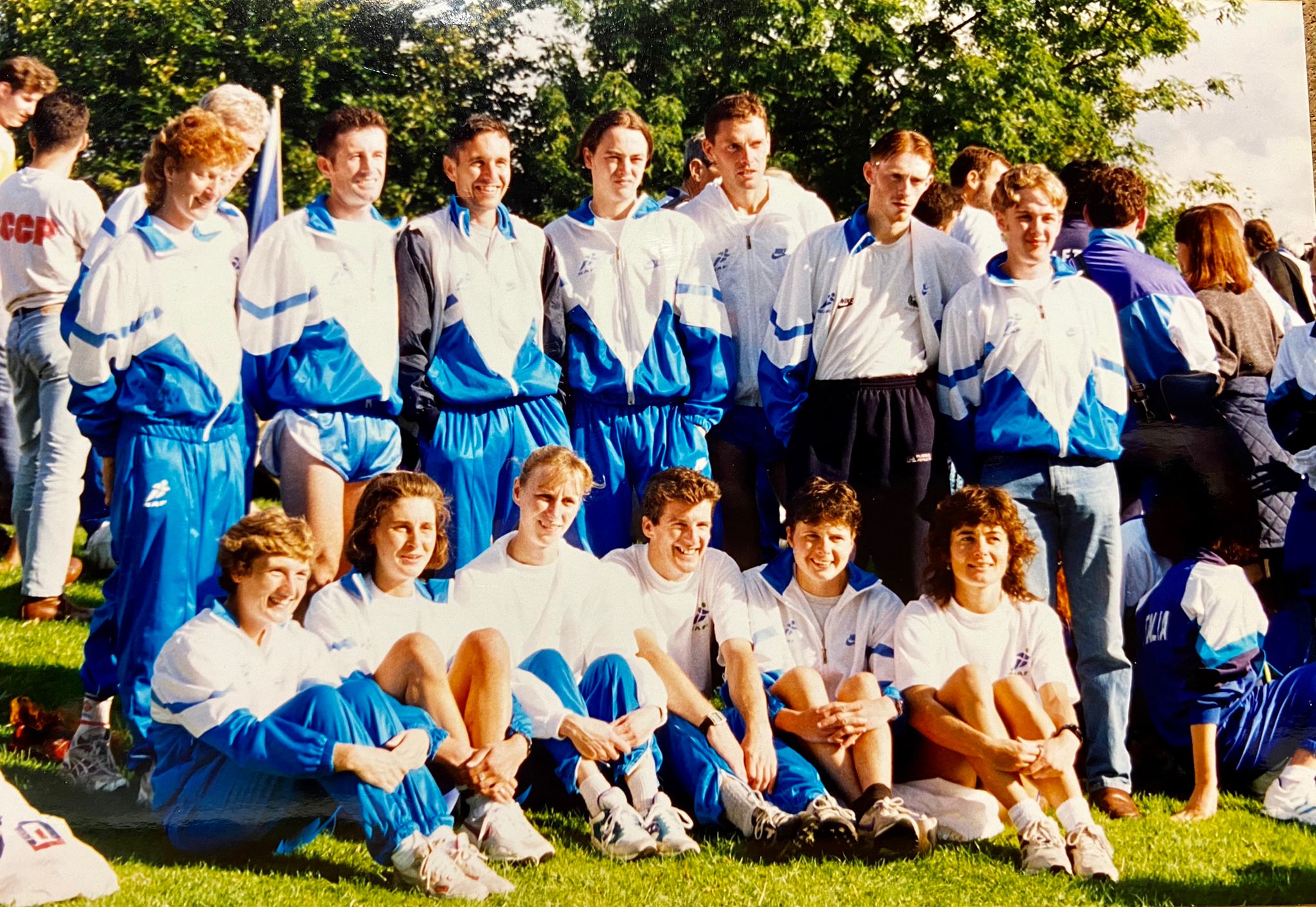 Having read and studied the many stamina and character testing events up to this point it must be evident that the skills that must be mastered are many, not the least of which are navigational and which are often to be appied ‘on the hoof’ and in real time.    There are races – even our own Glencoe Skyline Races – which note on the information sheet for intending runners – “Risk of Death.”   Runners have respect for the hills and the conditions but they also have real respect for other runners on the hills.   Denis Bell adds these comments for our information:

“As we have said already, in testing conditions, hill runners need to be competent ‘orienteers’ or should we say good with map and compass .. Angela ranks herself as ‘good-competent’ but she acclaims Helene Diamantides and Brenda Boland as truly brilliant., and Angela openly admits to ‘several mistakes’…if you are very good, you need to be very honest. Angela is and always has been very true to basics and ‘the obvious truths’!!!”

In this context he adds:

”  Two lovely wee stories Angela shares are, first, when she was out with her beloved twin sister Janice and on Ben Dorian, it was rough and snowy ( hill runners will get ‘that’!) and the map blew away…they were using the attachable grippers called ‘Katulas’ and they got off safely….!

When hiking Angela will go with ‘full Winter gear’ …but will not go into the mountains in ‘bad’ weather and unknown territory….(we talked about a tragedy a year ago and both Angela and I agreed with incredulity, about the ‘top racer’s choices’….).

The second story, is this one.    She winces a wee bit when recalling being on a buttress of An Teallach, in the Winter, with Helene in the lead, and with Mark Johnston and Adam Ward (great hill friends all over many years) and conditions were very, very ‘sketchy’ ( sketchy??   ’we’ ‘the readers’ need to be considering this as significant risks!!).