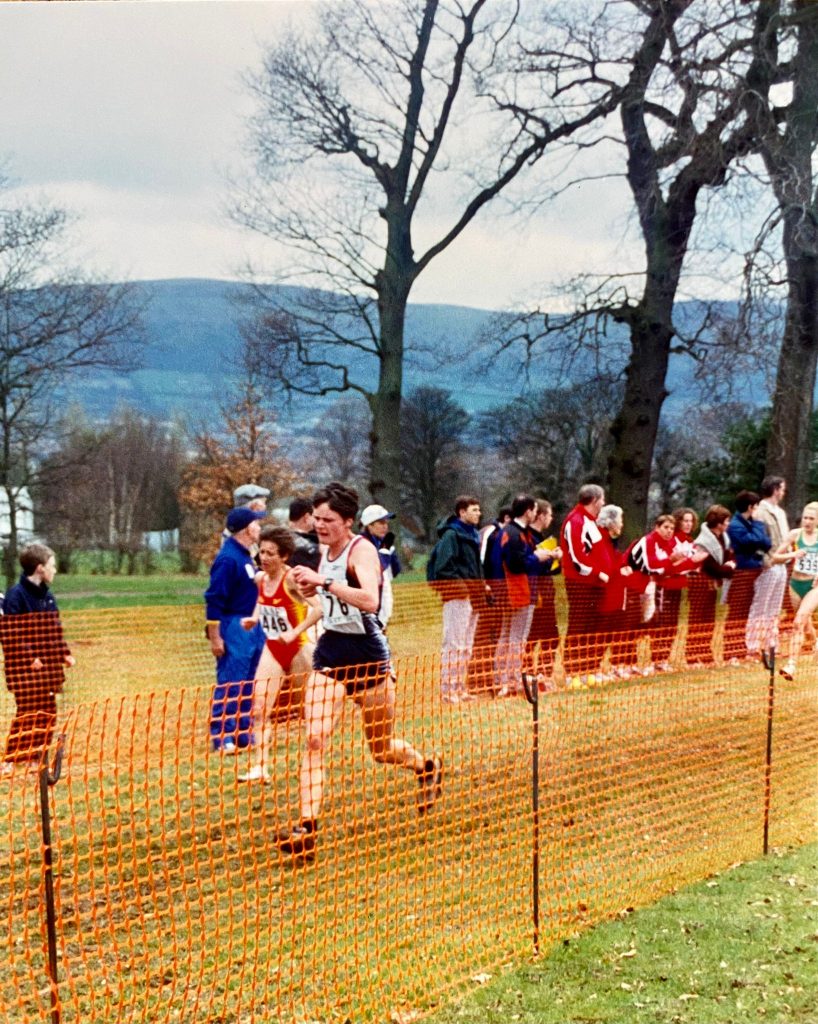 Angela also had a very good career as a cross-country runner running in all the major championships domestically at club, unioversity, national and international levels.   It would doubtless have been even more impressive had she not chosen to exercise her talents in other branches of the sport.   The highlights are summarised here before the actual races are noted below.

In the Scottish Senior National  Cross-Country Angela won the title in 1999, when Carnethy were third team; and finished second in 2000. She won the Scottish Masters Cross-Country title in 2014. As a Senior, Angela ran three cross-country international matches for Scotland: 1999 at Belfast (second Scot; the team lost to England but beat Ireland and Northern Ireland); 1999 at Cumbernauld (first Scot; lost to England, beat Northern Ireland and Wales); 2000 at Belfast (first Scot).