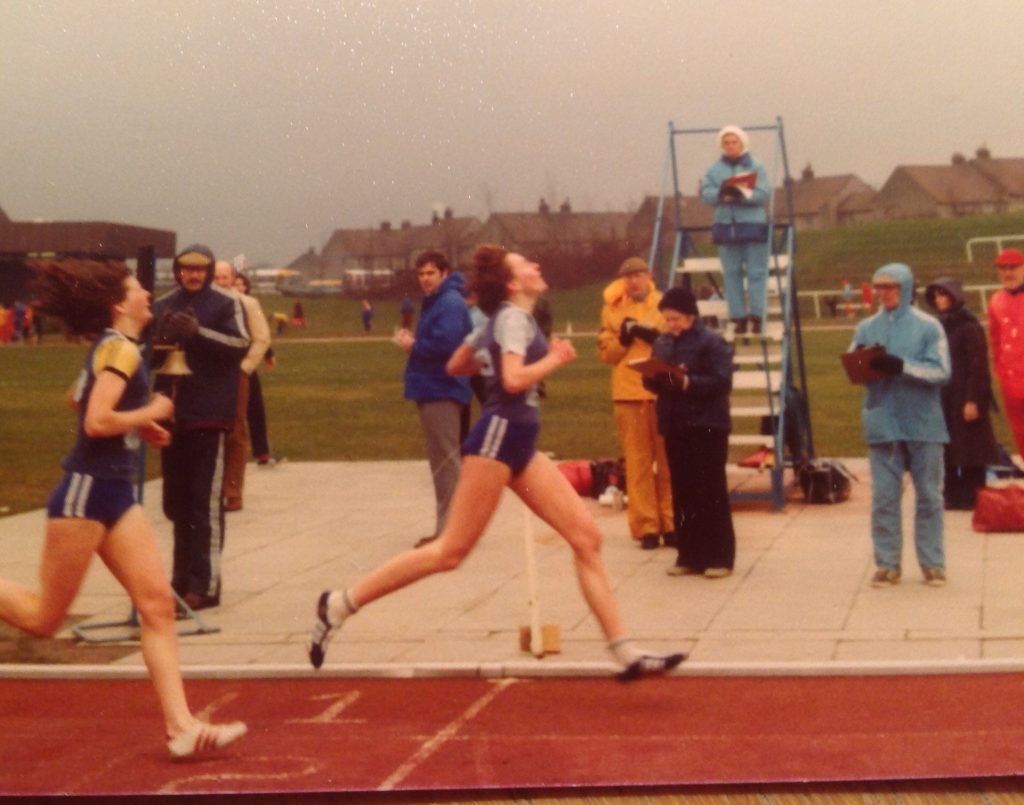 Jennifer Rae (Westerlands) was a good runner who was part of an excellent group of women athletes from Westerlands running the hills of Scotland.   For example she was 4th in the Scottish hill running championships of 1995, 7th in 1996 and 5th in 1997.

Sharyn Ramage (6/8/1962, Edinburgh AC and Ayr Seaforth). She began running with Colchester Joggers and then Berlin Harriers. Returning to Scotland, she ran briefly for Pitreavie and also played netball for Edinburgh. Bill Walker coached her at Meadowbank to race 800m. In 1999, Sharyn finished second in the East District 1500m. Shortly afterwards, she won the British Masters 1500m title in Newport, Wales. In spite of being a track specialist, Sharyn ran well for Scotland in the British and Irish Masters International Cross-Country; and won the Scottish Masters W50 cross-country title in 2013.

She was also a good cross-country runner (4th Inter in the National in 1979, 11th in 1980 she was a member of the third placed Shettleston team.

Anne Reilly ran for Ardeer Recreation Club. In 1960, she was 9th in the Scottish Cross-Country Championships (with Ardeer finishing third team). However, Middle-distance track racing was Anne’s speciality. In both 1959 and 1960, she won the Scottish Athletics 880 yards Championship; although she ran 440 yards (finishing second) for Scotland v Northern Ireland in 1960. At the 1960 WAAA Championship at London in 1960, Anne Reilly set a new Scottish National Record of 2.17.4 for 880 yards. 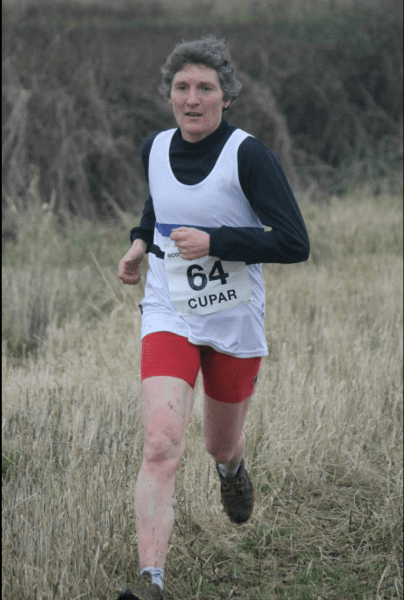 Susan P. Ridley (Edinburgh Southern, Edinburgh 25.10.65) is a very good runner who started her career in the early 1990’s, has been ranked in the top ten in her events no fewer than 24 times with over 40 appearances in the lists in total, and has won 5 gold, 3 silver and 5 bronze medals in the Scottish championships.   In addition she has had a wonderful career as a veteran athlete.   Read her full profile at this link.

Elizabeth Riley [USA] (Aberdeen University, Metro Aberdeen RC, 31 May 74)   Elizabeth’s stay in Scotland was comparatively short but she made a mark in Cross-Country (second in the 1995 Senior National) Road (second in the national 10K championships) and on the Track (35:12.14 for 10,000m).

Allison Ritchie ran for Clydesdale Harriers. In the 1933 Scottish Women’s AAA two miles cross-country championships at Hamilton Racecourse, Clydesdale (with Allison a team counter in 11th place, finished third team. In 1935, she contributed to team silver. When the club won in 1937, Allison Ritchie had improved to fifth; and was sixth in 1938, when they won again. In the Scottish Athletics Championships, Allison finished third in the 1933 880 yards; but became Scottish Champion at that distance in 1937.

Janine Robertson,(Aberdeen) was a good marathon runner not only in terms of times run but also as a competitor with two medals in the SWAAA Marathon Championship where she was second in 1986 and third in 1985.   Her best marathon time was 3:01:57 in 1985 and on the track, her fastest 3000m was 10:23.8 in 1982. In the 1986 Scottish Road Relay Championships, Aberdeen AAC (Lynda Bain, Sonia McLaren (Armitage) and Janine Robertson) won the title.

After her third run in the IAAF championships she went on a scholarship to Clemson U in America from 1980 to 1983 where she represented the University and competed in many of the best competitions in the country and won numerous honours at the actual University itself. 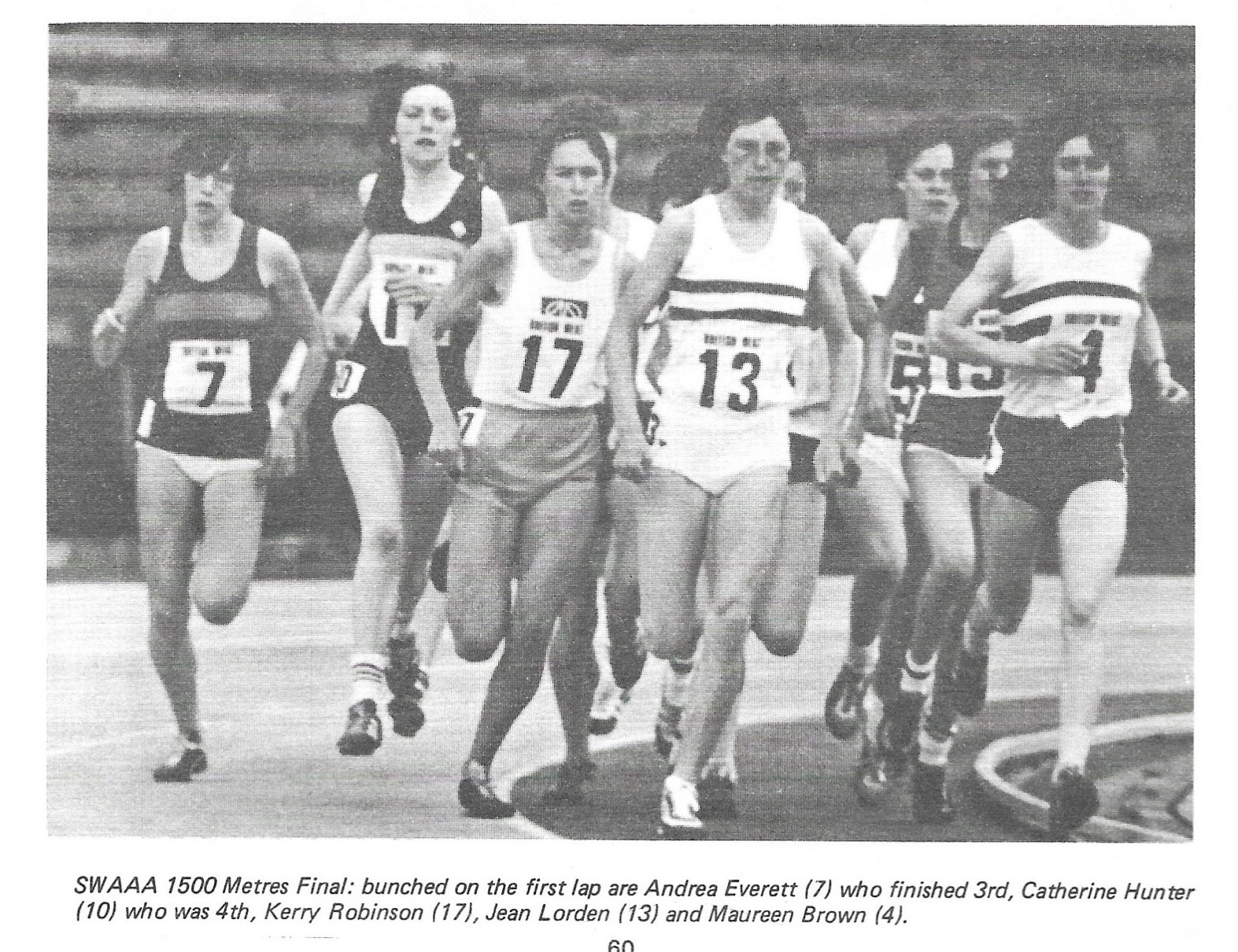 Nan Robson was a pioneer cross-country runner who competed for Dundee Hawkhill Harriers. The SWAAA first organised a Women’s XC Relay at Bothwell Castle (outside Glasgow) in 1930. DHH (including their fastest runner, Nan Robson) finished second to Shettleston Harriers. In 1931, that order remained the same. However, in 1932, when a normal race was organised at Hamilton Racecourse, the National Cross-Country Champion was Nan Robson who “ran a magnificent race”, in front of the Scottish half-mile record holder Connie Johnston and Barbara Anderson, both from Maryhill H (which was first team, in front of Dundee). Yet Dundee Hawkhill won in 1934 and 1935.

Over the country, she ran well as a young athlete – note the following: 1994 – 2nd Under 13; 1995 – 2nd U15; 1996 – 3rd U15.   Although she did still run cross-country the upper echelons of the sport became more specialised and Joanna had a wonderful career as an 800m runner on the track with many superb races against the very best at International level. 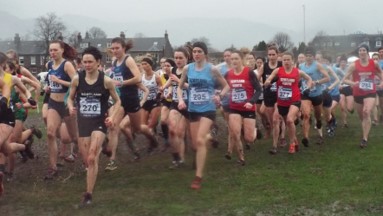