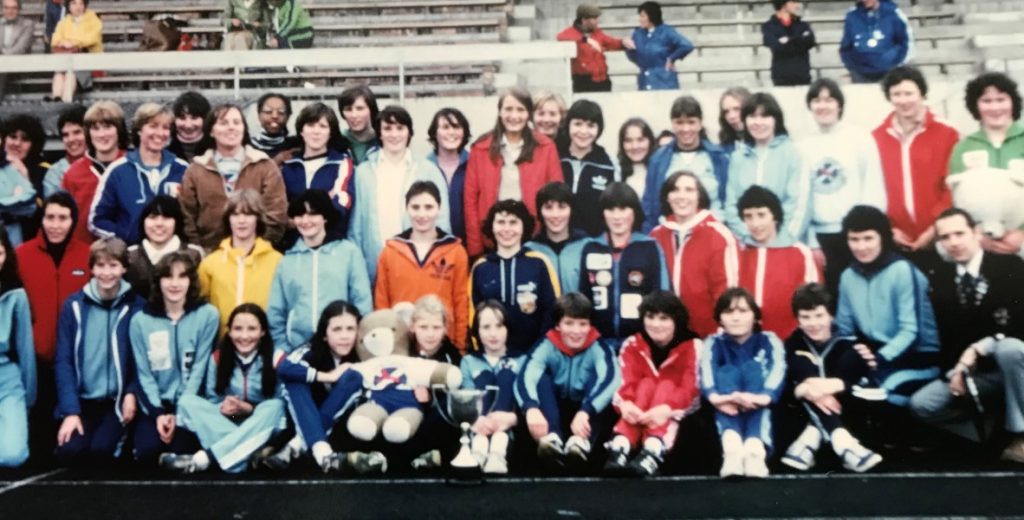 Like all coaches at the time, no matter how good or how much involved in athletics, Iain had a day job and had to work hard at it.   Nevertheless his time spent track side was considerable and it did not diminish as his responsibilities to coach education or his international duties increased.   Very few, if any, coaches in the 21st century realise how much time and effort was put in by their predecessors.   Some of the very best Russian coaches on a visit to the country were astonished at how much a Senior coach in the 1980’s was supposed to know and that they were all holding down ‘day-jobs’.     Iain’s load was much more than most coaches even then had to carry but it is worthwhile looking at just how much quality work he crammed in.

First on the Athletics Coaching front (remember he only started coaching in 1970):-

1974:  As a delegate to the UK Sprints Conference: Iain was the Group Leader in a group researching into “increased leg speed” which involved the introductory talk and then leading the discussion involving some of the country’s very best sprints coaches.

Then at the International Coaching Convention in Edinburgh:-

1974: ‘Teaching and learning the skills of sprinting’;

1976/’82/’83: Group Seminar leader and Chairman of discussion on all Group feedbacks;

1986: ‘Development of a Sprinter’. This paper was picked up by and published in ‘Track Technique’ the official technical journal of the Athletic Congress (TAC) of the USA, in the Fall 1987 issue.

1983: At the National Athletic Coaches and National Event Coaches Conference at Crystal Palace, his presentation was on ‘The Work, Duties and Complexities of National Coaching’.

1988: He presented a paper entitled ‘A Case Study – Lessons for others’ dealing with club sponsorship.   This was at the Glasgow Sports Council’s Forum day at the Kelvin Hall .   (It was the result of his work with Glasgow AC where he had been instrumental in gaining sponsorship of £24,000 over three years from the McLaren Group.  This was not the only sponsorship activity undertaken by Iain – for instance, the photograph below was taken after a successful trip to the WAAA’s championship where as a result of his activities the group could fly to London, stay in the tower at the venue, have a night after the championships were over before flying back home.)

1990:  He was the Director and Co-ordinator of the Third Workshop of  the European Coaches Association which was held in the Kelvin Hall in Glasgow in association with the European Indoor Championships.

1984 – ’93: Iain was a member of the Executive Organising Committee of the Glasgow Marathon, which became the Great Scottish Run,

1988 – Manager of the Glasgow team to the Nuremberg Marathon, which won the team prize.

Some other activities which impacted on athletics (and other sports).

In 1993 Iain went to work at the Scottish Sports Council, which later rebranded to sportscotland, where his role as Director of Finance and Support Services gave him the opportunity to further impact across the broad spectrum of sport.

1993 – 2009: as director and Company Secretary of the Scottsh Sports Council Trust Company he contributed to the operations of the three National Sports Centres – Glenmore Lodge, Inverclyde and Cumbrae.

1998 – 2009:  As Director of Finance and Support Services at sportscotland he was involved in creating and responsible for setting up the company structure for the Scottish Institute of Sport and acting as Company Secretary to the S.I.S.

1993 – 2009:  Iain was Trustee and Treasurer of the Scottish Physical Recreation Fund which awarded grant assistance to sports participants, clubs and bodies.

1995 – 2009:  As Director of Finance and Support Services he was involved in the structuring of a new division, with separated accounting functions, when sportscotland was appointed the distributor of the Lottery Sports Fund in Scotland to the benefit of all sports bodies, facility providers and participants.

2002:  Involved with the creation of the Scottish Sport Hall of Fame and at the inaugural induction ceremony Iain was liaison and host for the family of Eric Liddell, and for Allan Wells and Ian Stewart looking after them on the day of the ceremony.

Much of that might not have happened though.   We came close to losing his services on at least two occasions.   First of all, he applied in 1979-’80 for the post of Director of Coaching for New South Wales. He had family in Australia – his sister was living in the country.   He was interviewed in London for the post by the Executive Director of the New South Wales AAA.  Iain did not get the job but there was a follow up.   He was going to Australia in late 1980 and was asked to go and see the Executive Director again.   It was explained that the person who had been appointed had the same qualifications as Iain but he was Australian working in the country in education so had something to fall back on if the job didn’t go as planned.   However there was an immediate job for Iain – the Armed Forces Championships were being held the following day in Sydney.  Could Iain help?   He could and did and at the meeting he was Chief Track Judge on a searing hot day (he reckons that it was so hot that his leather belt absorbed so much sweat that he could have wrung it out at the end of the afternoon!)   The starter at that meeting had been appointed the chief starter for the Commonwealth Games to be held in Brisbane’s QE11 Stadium in 1982. Iain drank in all the information he could about the starter and his command timings and the challenges athletes faced in the Australian conditions.   He then travelled with his sister to see the facilities in Brisbane and photographed the stadium, the warm up track, alternative preparation areas, the living accommodation, the training facilities and as much detail as he could.   It all came in very useful in the lead-in to the Games, briefing this own and the Scottish Squad on what to expect and therefore prepare for before even leaving Scotland and for the team to use during the Games themselves.   The QE II Stadium is pictured below.

The second time was in 1981 when Iain was interviewed for the post of BAAB Coach for the North of England West of the Pennines.   He was chosen to fill the post but after he had carefully weighed up the situation, he decided not to take up the offer.

It was a happy ending but his services could have been lost to Scottish athletics altogether. 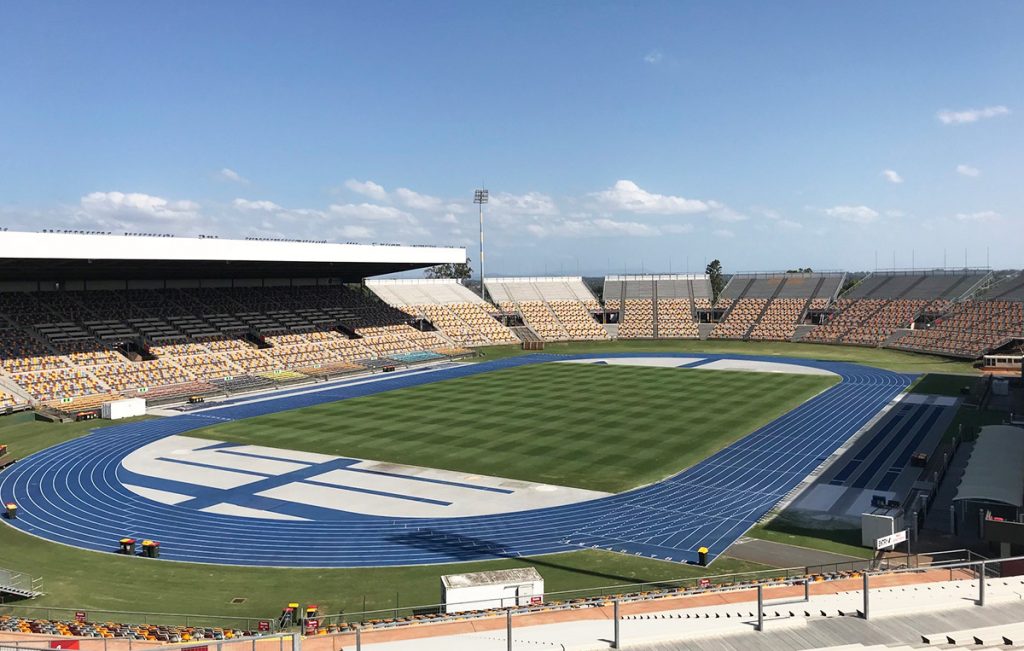