As we said, Iain knew when to stop: too many athletes and coaches would be ‘lost’ if they left the sport.   Indeed there are courses for the ‘de-training’ of athletes when they retire and the same could be true of coaches.   Iain is proof that there is a good life to be had after athletics.   But what he did  in the sport and for the sport has not been forgotten and below some of the people who worked for him and with him look back at Iain as a coach as well as a friend. 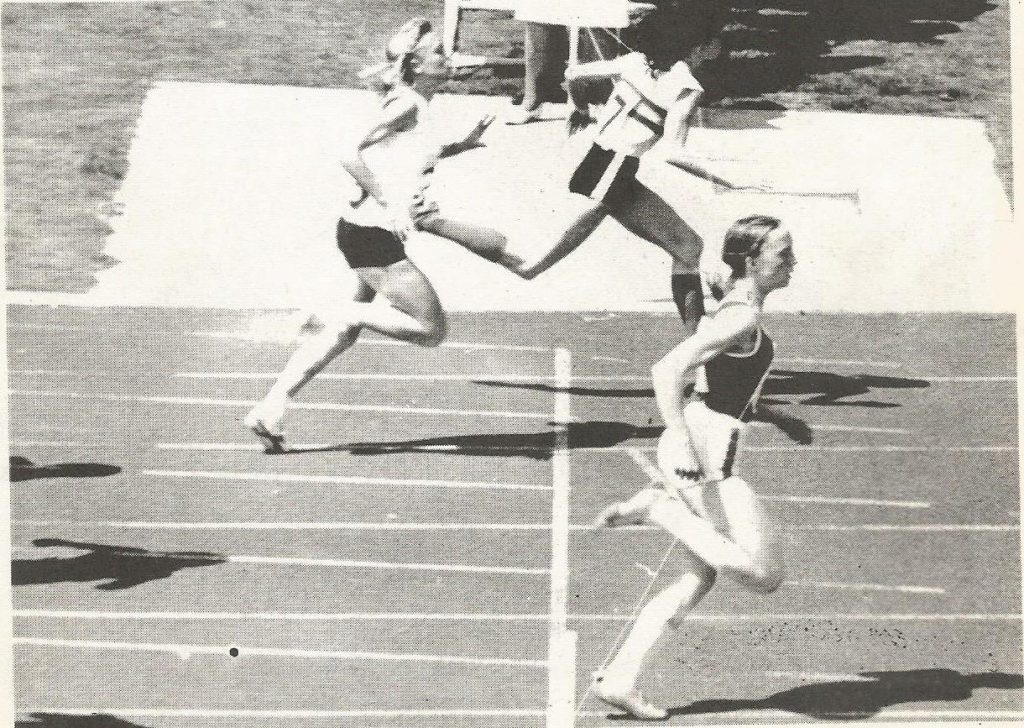 I first joined Maryhill Ladies Athletic Club as as twelve year old in 1972. Coached by Ian Robertson (Rab), the next year I gained success in winning most domestic titles for my age group, culminating in the British Junior 100 metres title at Kirby in 1973.

Training was always enjoyable and varied – club sessions at Scotstoun on Monday and Wednesday nights, all day sessions at Bellahouston on a Sunday, starting with weight training, then a track session, finishing with hill runs-both uphill for strength and stamina and downhill for leg speed and acceleration.   Winter training included Friday nights in the gym at Westbourne, with circuit training and gym work, followed by hill runs on the pavements outside!   The club regularly had a day out to Prestwick, where I remember running along the beach dragging a tyre behind my back for resistance training, and also running up hill dunes.   Co-ordination drills, hopping, bounding up sets of stairs were also common in training, along with running with weighted jackets.

Training was meticulously planned by Iain well in advance, and we all kept training diaries which were regularly discussed.

Iain was highly intelligent and extremely knowledgeable about the latest training techniques, and was very innovative for his time.

I remember competing at Cosford in the British Indoor Championships 60 metres in 1975, where I was using a one-handed start, pioneered by my namesake, the Olympic 100 metre Champion, Valery Borzov. I won my heat, and there was a rumour afterwards that I may be disqualified, as the officials were not sure if this start was legal, as they had not seen it used before in this country.   Luckily I was allowed to progress, and I won a silver medal!   Eventually the one-handed start became quite popular, before the current IAAF ruling of a down start with both hands in contact with the track!

It was not long before Iain was coaching a very talented squad of athletes.  He turned up at training one night wearing a red hooded sweatshirt with the words ‘Rab’s Rockets’ printed on the back, so from then on, the squad was known as Rab’s Rockets!

His commitment and contribution to his athletes was second to none, and he was always well respected by his peers. He encouraged the best from his athletes, and was an extremely dynamic and motivational coach.   It was an absolute privilege to be coached by him. 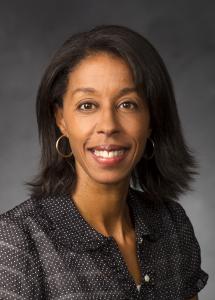 I first joined Rab’s training group when I was about 13  years old. I came to Glasgow AC when Western AC joined with the women who trained with Maryhill and we all started training at Scotstoun. Up until that point athletics was a fun hobby for me and I didn’t know another level existed really. I am not sure how it happened but I ended up in Rab’s group and soon realized that this was serious business and that he was a very knowledgeable coach. We did drills and technique runs and he explained how to do them and more importantly why. He kept detailed records and had a yearly periodized plan and he was very interested in the whole person. He was meticulous and organized. He had us monitor all of our vitals like sleep/food we ate and daily pulse rate while recommending vitamins for us to take.  I coached for several years and this knowledge and approach served me well.

Val Smith and others were the older athletes in the group were all successful and I soon found out why. We trained very hard. Rab had a no nonsense approach at the club although we did have fun.  He would also meet us on other days once we reached the level where we needed to train more which came with more sacrifice of his time. There was no elitism in that anyone who came to the group was welcomed. Most did not stay long as the hard training weeded people out. I believe he came from a soccer background which a lot of the coaches did. He would always come with a sheet of notepaper with the session on it and there was many butterflies in the stomach as we waited to hear what we would be running that night. He rarely told us ahead of time what we would be doing. Then as we tired he would urge us to “get the finger out”(laughs) His dedication to the sport and his athletes was amazing. When we would go to meetings he would mostly be found in the press box announcing! He travelled to Brisbane in 1982 to support the Scottish team and myself and Sandra Whittaker who were competing. He arranged for us to run around Celtic park before a big game so we could get used to big crowds before going to Brisbane! He thought of it all. I probably did not have the intense competitive drive that matched his expertise and coaching and I was somewhat injury prone which limited my progression.

I have read the bios of some of the other Scottish coaches on this site and I think Iain  walks alongside all of the great ones- Frank Dick, John Anderson and others. He was more than a “just a coach” he was a mentor and good friend. I basically grew up under his influence. I learned many lessons from him that have helped me be successful in my life. 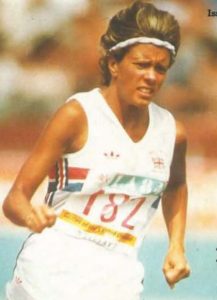 Sandra Whittaker was a quite superb athlete whose running, especially in the 1983 world championships in Helsinki, the 1984 Los Angeles Olympics and the 1986 Commonwealth Games, was right up there with the best in the wold.   She has this to say about Iain.

When I joined Glasgow Athletic Club I was fortunate enough to be placed in the sprints training group which Iain Robertson coached.

Within the first year Iain had quickly recognised my potential and approached my parents to ask if they could bring me to training more than once a week as he said he felt he could really make something of me.  After discussion, my parents committed to taking me out to Scotstoun 3 times a week and Bellahouston 1 day a week.  This was the start of great things to come.

Iain was the most committed coach I had the pleasure of training with.  He put everything into every single person who was in our training group regardless of ability.

His training methods, I feel, were well advanced of the time and many other coaches from other clubs followed his training schedules with their athletes.

Our training programmes were very challenging, but with Iain’s support and encouragement we got through them, sometimes on our knees by the end of a session.  Iain also travelled the country and beyond to competitions abroad, paying his own way, to make sure he provided the support I needed, one of these being the Olympic Games where I needed all the support I could get.  Always a man to go above and beyond. It was here that I broke the Scottish Record and ran 22.98 seconds which stood for 34 years until 2 years ago. He was the proudest coach at that time.

Alastair Shaw adds to what he says in the profile: “Although quick with the quips, and not always suffering fools gladly, Iain had a great moral sense and an understanding that coaches don’t just work on physical improvements with athletes but, wittingly or unwittingly, also set a role model for them. In that regard you might want to speak to Leslie Roy. Partly for stories from the many club trips down south when Ian was club Team Manager and she still an active athlete, and partly as I suspect she may have learnt quite a bit from him about how to go about team management.” 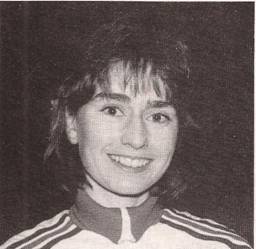 Lynne MacDougall has this to add:

“Three things I remember vividly about Rab: One was his passion and dedication to the club. He was at every UK league match. He would distribute a small piece of paper with the time of your event to each girl in the bus before the match started. This would be followed by a motivational speech to entreat you to perform your best. The bus was silent as we all listened intently. I am sure that most of us did get PBs in these matches!

The second was his approach to his training group. At the time I was in the club he had a really talented group, including Sandra Whittaker, Yvonne Anderson and Angela Bridgeman. They all worked very hard on that Scotstoun track which was just ash at the time, but also seemed to have a lot of fun.

The third was his sense of fun and humour. He was very serious and professional in his approach to coaching but also loved to kid on the athletes and of course we enjoyed the banter as well. “ 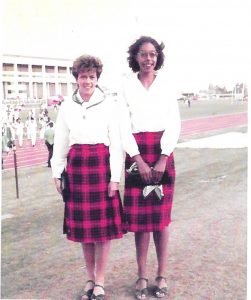 Iain’s picture of Sandra and Angela in Brisbane, 1982

Back to the profile