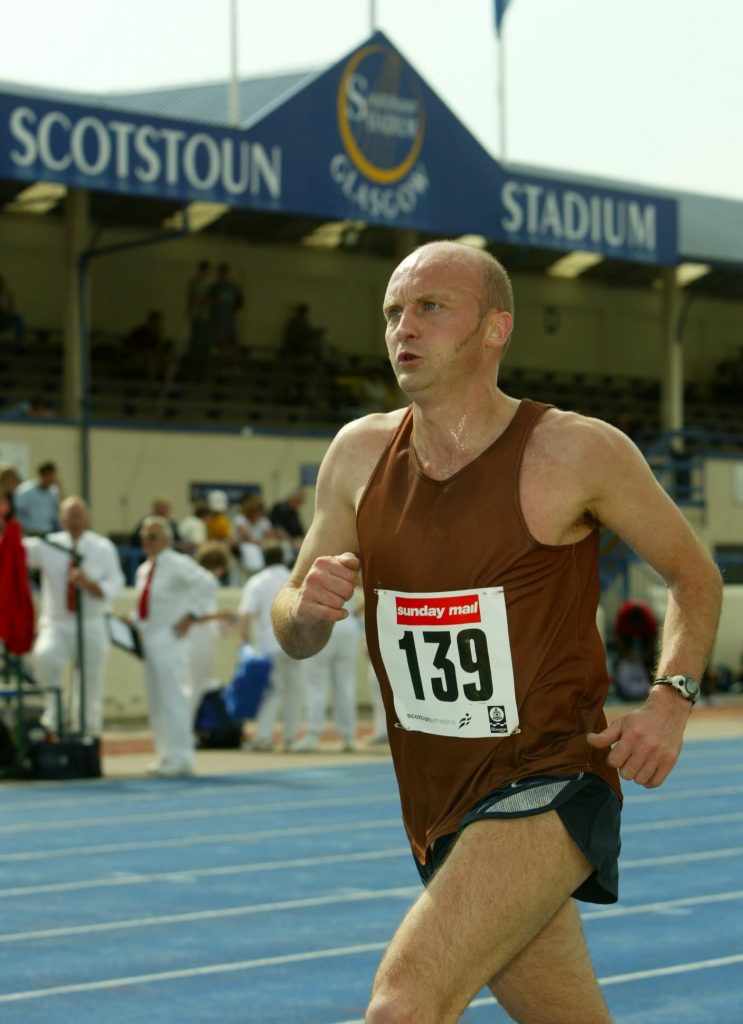 Steven M. Cairns, often referred to as Steve or Stevie, was born on the third of November 1967. He first appears in Scottish Athletics records in 1995 and was still going strong in 2020. His first Scottish athletic club was Scottish Borders Athletic Club, based at Tweedbank and he then joined Carlisle-based Border Harriers for track competitions and Mizuno Racing Club for road and country. However, by 2001, this charismatic Northern Irishman – a superb team contributor –   was racing for the most sociable club in Scotland – Hunters Bog Trotters.

At Coleraine, running for Annadale Striders, he became the 2005 Northern Irish Cross-Country Champion. Consequently, he must have run International XC several times for NI as a Senior.

In the British and Irish International Masters XC Championships, Steven Cairns often ran for NI Masters. Probably his best performance in this event was in 2007, when he finished third M40 behind the winner Robert Quinn of Scotland.

The late, lamented Edinburgh to Glasgow Road Relay seemed ideal for Steven Cairns. His first outing was for Carnegie Harriers; and then, years later, he ran the final two editions. In 2001, HBT won silver medals, with Stevie maintaining the lead and recording the fastest time on prestigious Stage 2. In 2002 HBT finished 5th, but Stevie won the first stage by a clear minute.

In the Scottish Cross-Country Relays, Steven Cairns featured in the HBT team which won gold medals in 2005 (the runners were SC, Alistair Hart, Donald Naylor and Phil Mowbray).  HBT added a bronze medal in 2007. 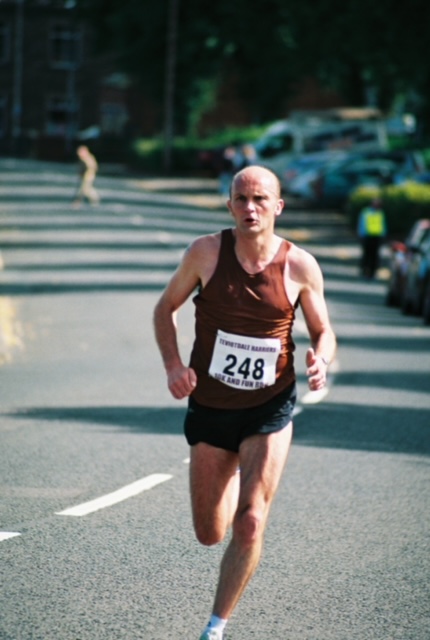 When I was a teenager, I wanted to emulate my big brother so that’s why I started by joining my local running club – I continued with it at a very low level into my army career but gave it up when I asked a local running club coach how I could get faster and he told me to go away and lose two stone and then come back. On reflection, it was an honest comment but probably could have been put across more diplomatically: so I left the sport for a few years and came back to it when I was 24 and I have been competing ever since.

When I was in the Army, I was training with a guy called Nick Bateson who had a total love for running, and he had just watched me come 130th in the Army cross country championships. He told me if I actually trained I could probably win it. He was the first person to believe in me, so I trained with him and the following year I came 2nd so I guess he was right.

It took a long time for me to love running – it always felt hard and I never learned to enjoy it. For me I loved winning and that became my driving force. I can accept defeat but only when I have done my best, so I always felt I was a good racer because I always gave it my all. It was only after I married Isobel Knox – Scottish Ultra Runner – that I realised my own love for the sport and what it gives me – since her complete love of running rubbed off on me.

Three stand out for me: Winning my first National cross-country title as it exceeded what I ever thought I would achieve. Running 30:04 for a road 10K, as I felt I had paced it perfectly. I was always running on the edge, and I was not disappointed I did not break 30 minutes, as every time in the race I felt comfortable, I pushed harder so I felt I gave it my all.  To win a bronze in the European Police Steeplechase, as I went into the final as the slowest runner on paper but was sitting 4th at the bell and I fought hammer and nail to cross the line in 3rd to beat the Italian. I then went straight to the side of the track and was violently ill.

I never got a GB vest, so that is a regret, but I am still ambitious. I still want to win every race I enter. I always felt that was one of my strengths: that I only ever worried about myself, and no matter who was in the field, if I ran my race I could win. I’ve never won the British and Irish Masters International – so that’s on the to-do list.

I have tried a few Ultras, some Triathlons and an Ironman but for me now it’s all about running.

Without realising it, running has defined so much of my life both professionally and socially. It’s been the constant source of my biggest highs and lows. I would say that it now defines me.

I constantly average about 50-60 miles a week and include 2 speedwork sessions when my body allows. I do all my training now on my own or with Izzy; and we both do a lot of running on heart rate so that we keep our training honest.