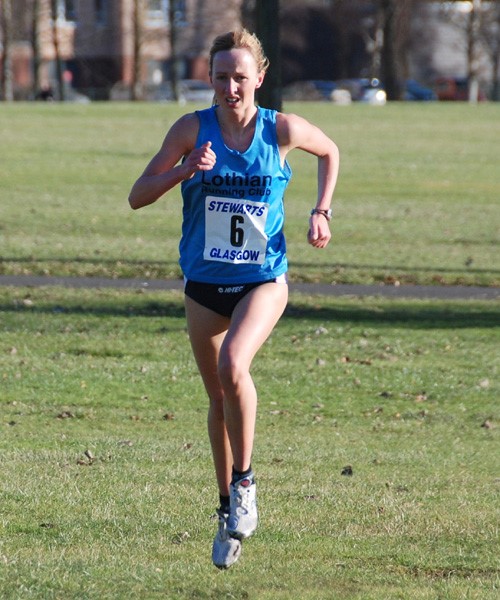 Sarah Inglis was born on 28/8/1991 and ran for Lothian Running Club and two Canadian teams.

From 2003 to 2012, Sarah raced mainly in Scotland but in 2013 she studied at Trinity Western University in Canada, and competed in Canada and USA – but has often returned to race in Britain since then. She was sixth (2.34.09) in the March 2021 British Olympic Marathon trial at Kew Gardens.

As a Senior, Sarah ran for Scotland at Loughborough in 2010, in a match against England, Wales and two other sides. She finished fourth in the 3000m.

Sarah Inglis ran one Senior Road International for Scotland: in 2016 at Armagh, when she finished second (first Scot) in the 3k, and Scotland won, beating Northern Ireland, England, Ireland, Poland and Wales.

As a Junior, Sarah Inglis ran five cross-country Internationals for Scotland. She raced in Celtic Nations: at under-17 in 2006; at under-20 in 2009; and under-20 at Antrim in 2010, when she won and led Scotland to team victory against Ulster, Ireland and Wales.

In the Scottish Short Course XC, Sarah became under-20 Champion: in 2010; and 2011 (when she also secured Senior silver).

In the Scottish Road Relay Championships, Sarah Inglis featured in Lothian RC teams that won the title in 2015; and gained bronze (2013) and silver (2018).

Sarah Inglis won the Scottish 5k Championships in 2015, when her team finished second.

In 2018, Sarah won the Tom Scott 10 miles road race and became Scottish Champion at the distance. In 2019, she was second in the Canadian Cross-Country Championships; and, in Poland, running for GB, she was 3rd in the 5000m at the European Athletics Team Championships Super League.

Although Sarah Inglis works as a P.E. teacher in British Columbia, her Scottish accent is intact. Sarah is part of the Scottish Athletics Marathon Project and hopes to run for Scotland in the next Commonwealth Games.

Here is an excerpt from an article by Graeme Macpherson in the Glasgow Evening Times (13/12/2020):

“SARAH INGLIS laughs at the irony at being mistakenly listed as an American by the organisers of the Marathon Project in Arizona where she will complete her first official 26-miler just before Christmas.

Seven years after flitting from West Lothian to western Canada, her Scottish accent remains as strong as ever.

“I don’t know how that mistake came about,” says the PE teacher down the line from Langley in British Columbia, an hour’s drive from Vancouver.

“I reckon it would be impossible for me to ever switch allegiances anyway as I’d get exposed as a fraud as soon as people heard my voice!

“Half the kids I teach I’m sure can’t understand me, especially when I’m wearing my mask. My training group have picked up my accent by now but if any new folk join us it takes them a while to work out what I’m saying.”

Luckily for Scottish and British Athletics the 29-year-old has no plans to try out for another country. Her marathon debut is to test the waters ahead of the London race in March that will also double as an Olympic qualifier.

The postponement of the Tokyo Games has undoubtedly given Inglis an unexpected opportunity, although she is also retaining the possibility of still entering the 10,000m as back-up.

“This is the first time for me and also the first time my coach, Mark Bomba, has trained someone for a marathon so we’re both just experimenting a bit.

“We’re not overcooking it. Ideally, I’d like to run an Olympic standard in Arizona and tick that off, and then recover fast enough for London in March.

“The Olympic delay has definitely given me an opportunity to go for the marathon. And this race in Arizona just came up and it seemed like ideal timing to go for it.

“The 10,000m is still an option as the competition even for qualifying for the marathon is really deep. And there might be enough time to recover and try for 10K on the track later on if need be.”

Training for her first crack at this distance has gone well, even if some of her more inquisitive pupils wonder why she just does not drive to school instead of running.

“We’ve gradually built up the volume of the sessions. Last week I ran 25 miles which gave me confidence that I can do it. I still felt good at that point so if I feel like that in the race then I’d be delighted.

“I do most of my running to and from school so on some days I’ll do 10 to 14 miles on the way in. Some of the kids see me and think I’m out for a jog or I’m running late! One of them asked why I didn’t get a car – I don’t think they understood that I was training and running by choice.”

Working in a school also presents its own logistical problems when trying to stay healthy ahead of the trip to the United States.

“The race organiser emailed us asking us to limit our exposure to the virus but not sure how I can do that when I’m teaching 400 kids a week at school! But I’ve got my mask on and the gym hall doors open to try to be as safe as I can.”