The first page of race certificates has been well received and fairly popular but there were so many races, good hard races, that issued certificates that we did not have.   We’ll never have them all, mission impossible!   But a large and vacant area was that of hill running.   We now have Denis Bell’s collection which more than fills that gap – and we include others for road races such as the Galloway Marathon too.   What follows are all his.   And they contain lots of interesting features – several have photographs of the runner finishing, some have line drawings of the hill that they are awarded for, some have details of the route run and so on.  There are several ‘doublers – but most have some differences – eg there might be a date one year but none the next and there is even a blank form from one of the Haddington races!   Any comments on the certificate are below the relevant item. 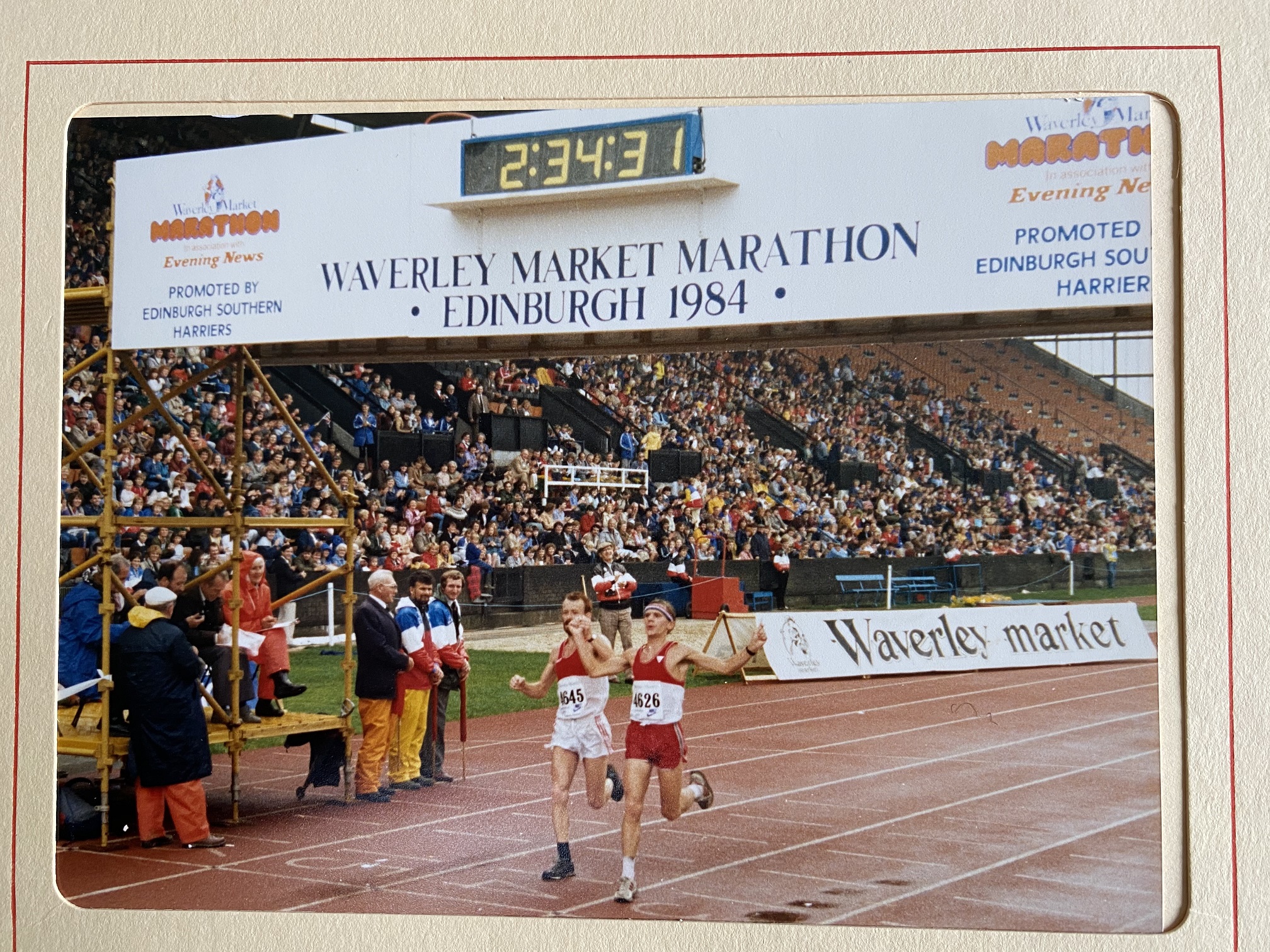 .An interesting one to start with – mainly photograph but note that the race was promoted by Edinburgh Southern Harriers, a club now merged into Edinburgh AC. 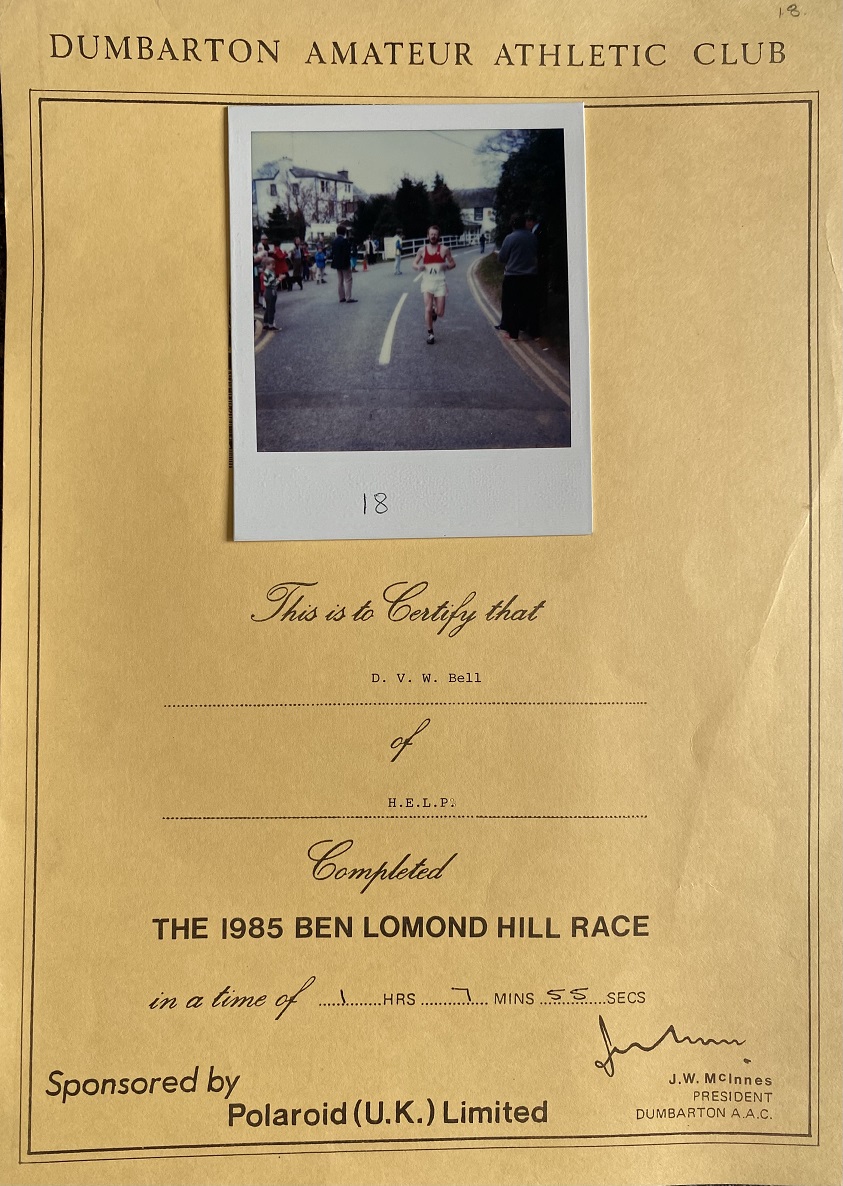 No date on this one but the picture was no problem for the race sponsors – Polaroid UK.   There are more from this race but not all identical 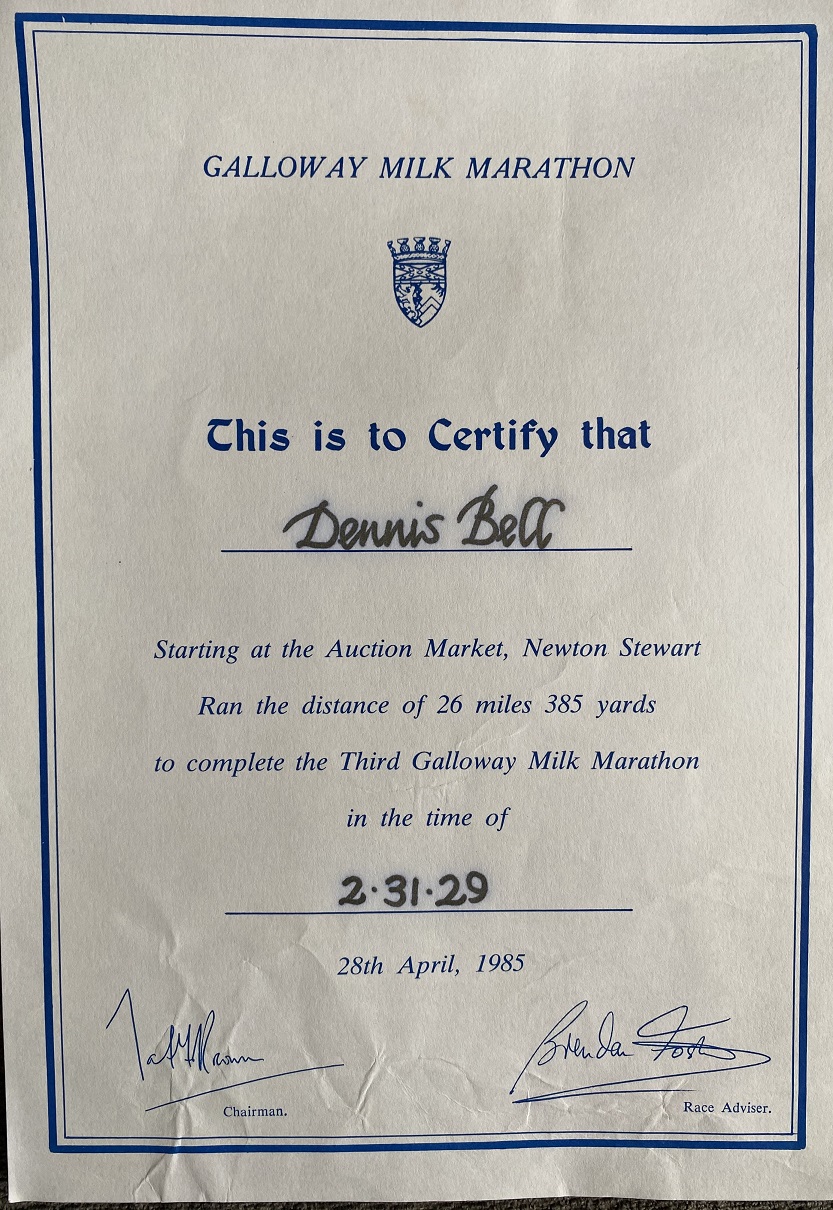 Another good marathon race, faster than Edinburgh and this one tells us where the race started but after that – you’re on your own. 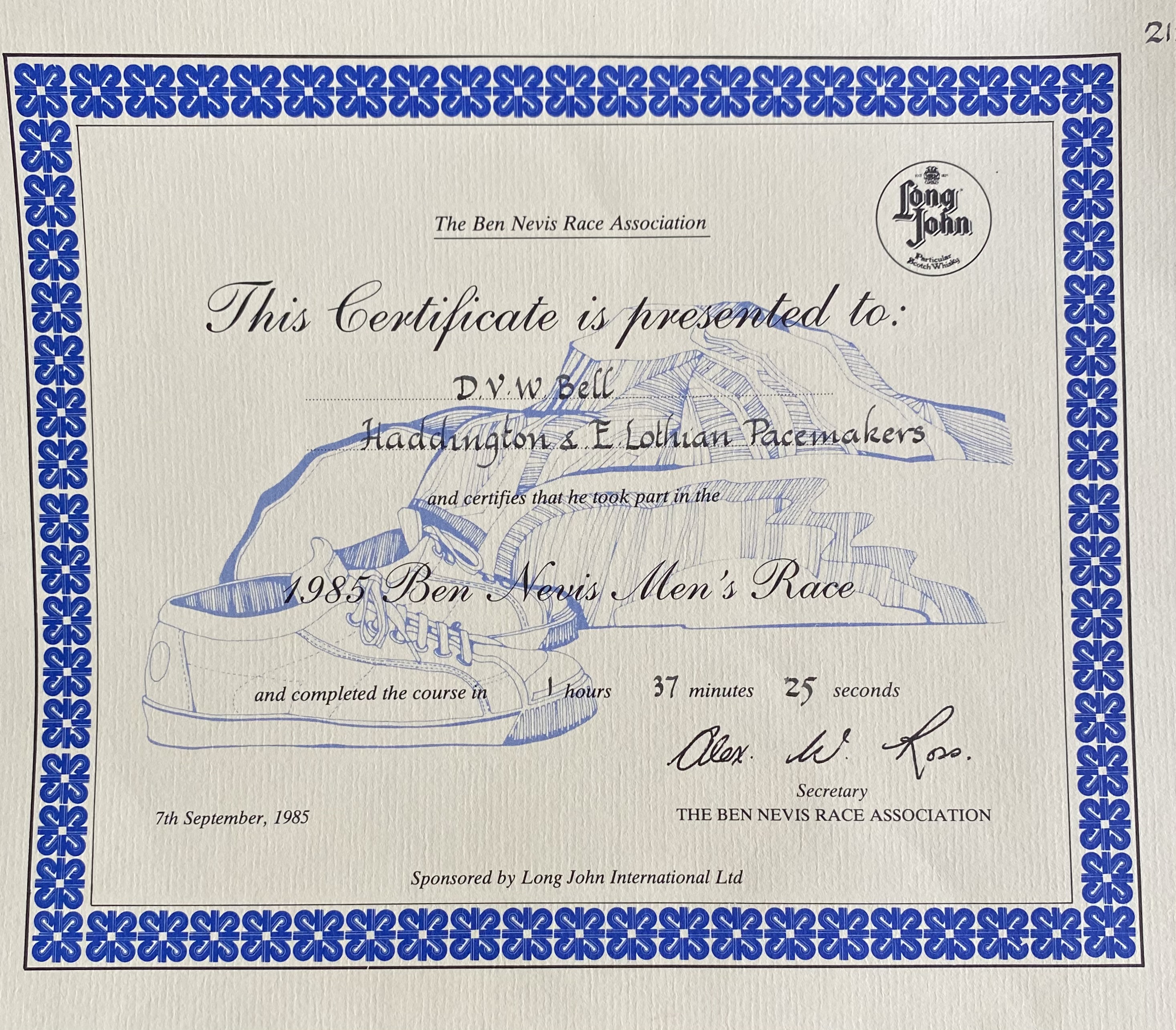 First of several for the Ben Nevis race 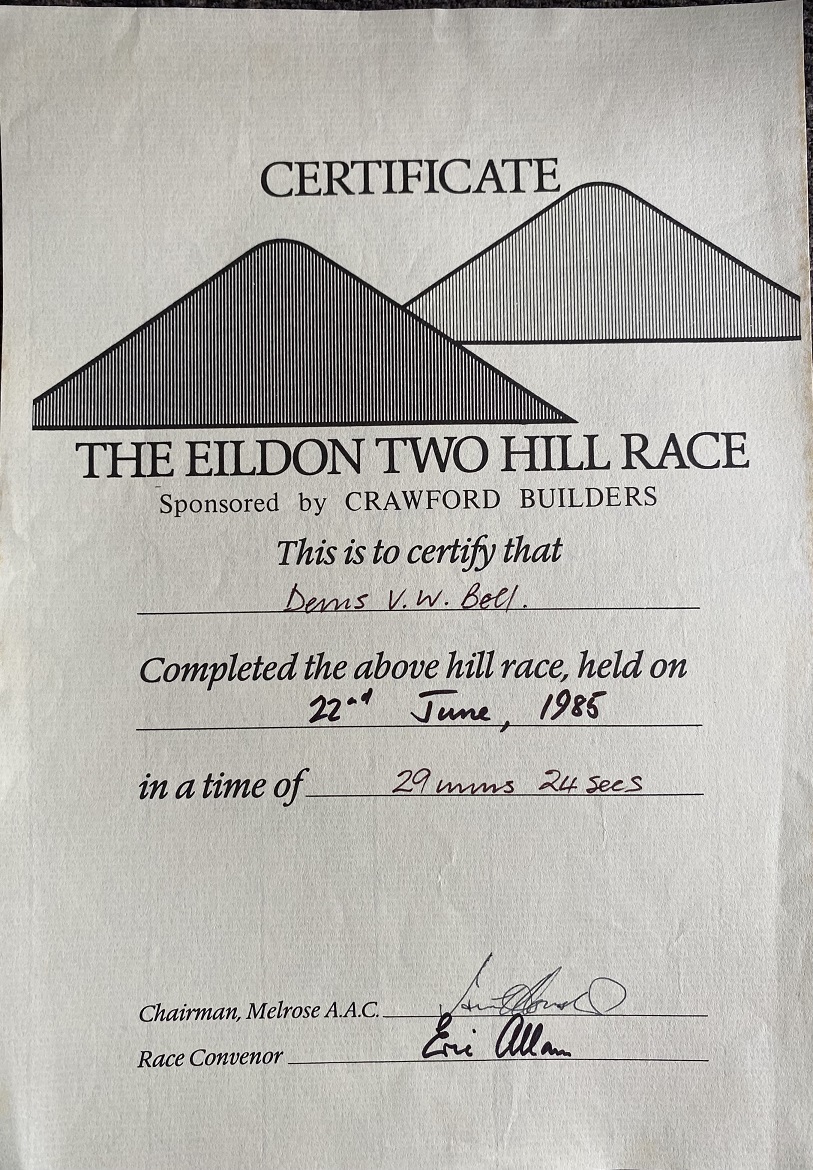 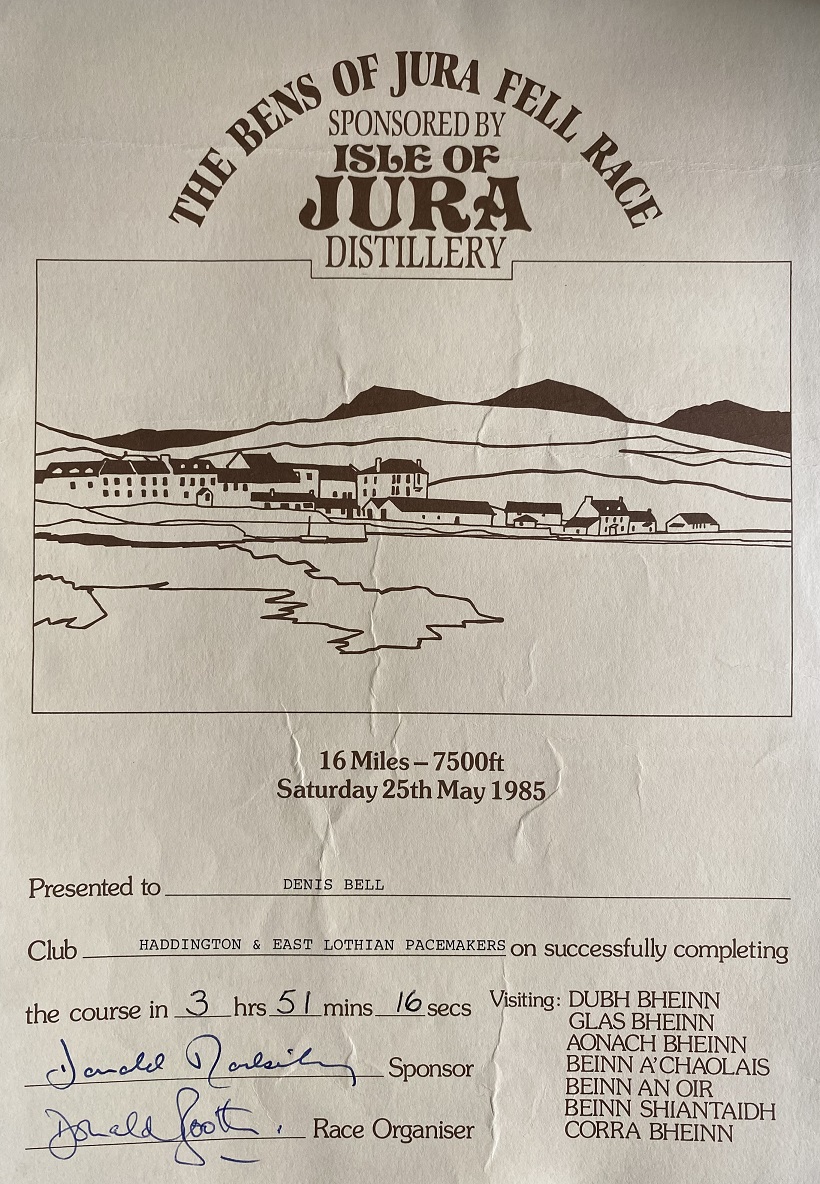 Simple straightforward certificate – but with a picture of the distillery with the hills behind it. 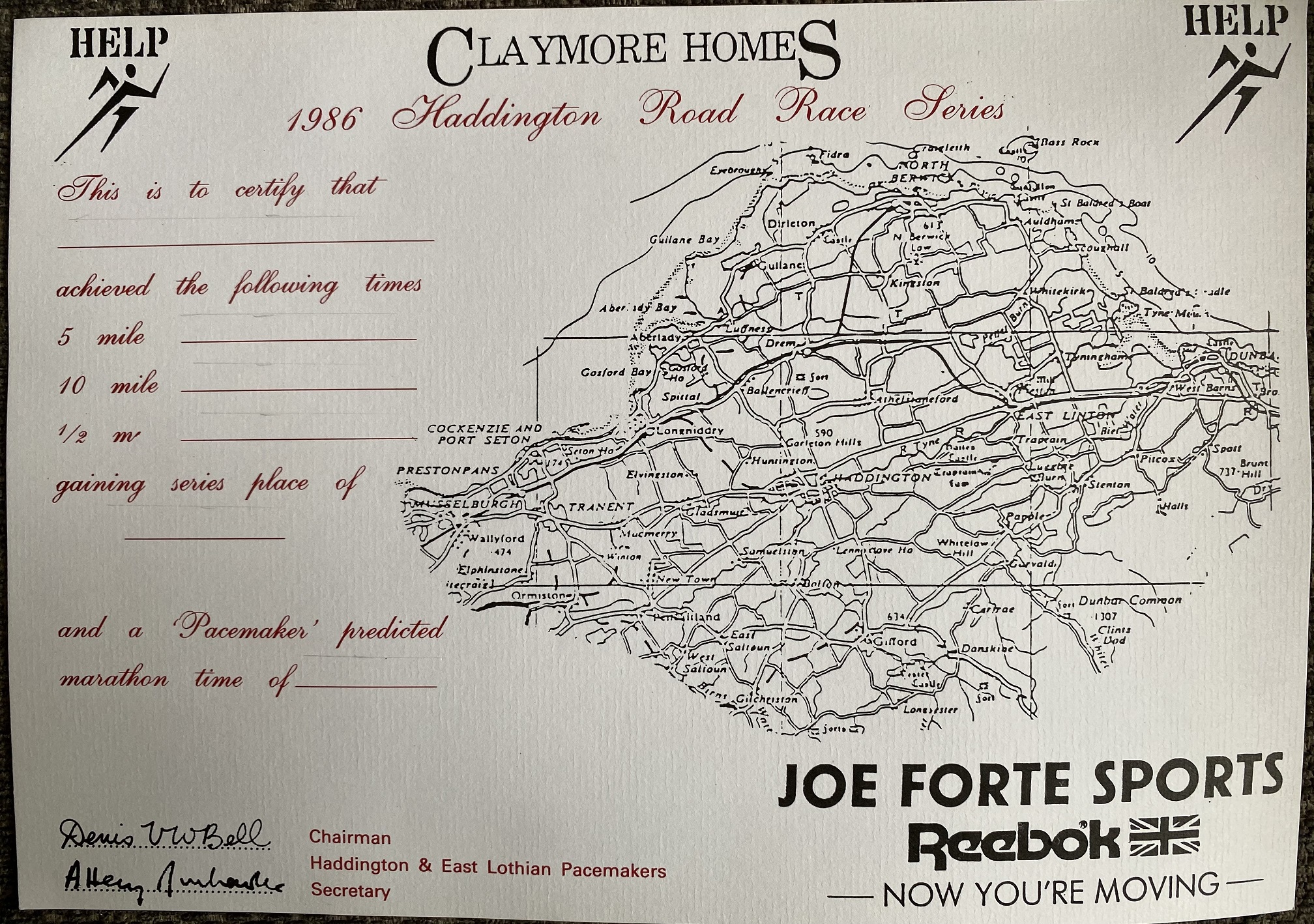 A blank form for the Haddington ELP races, signed by Denis and sponsored by Joe Forte whol sponsored the race 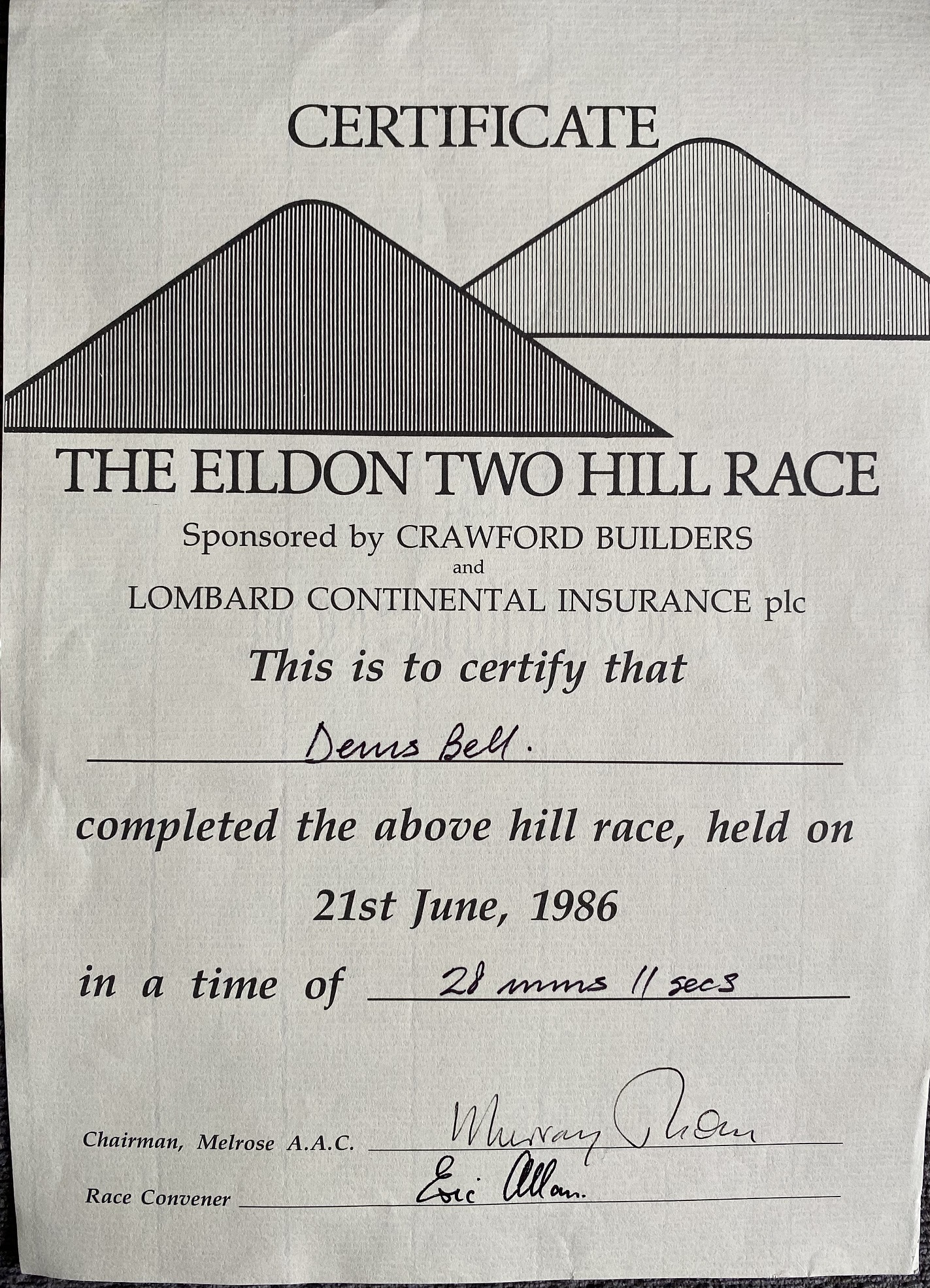 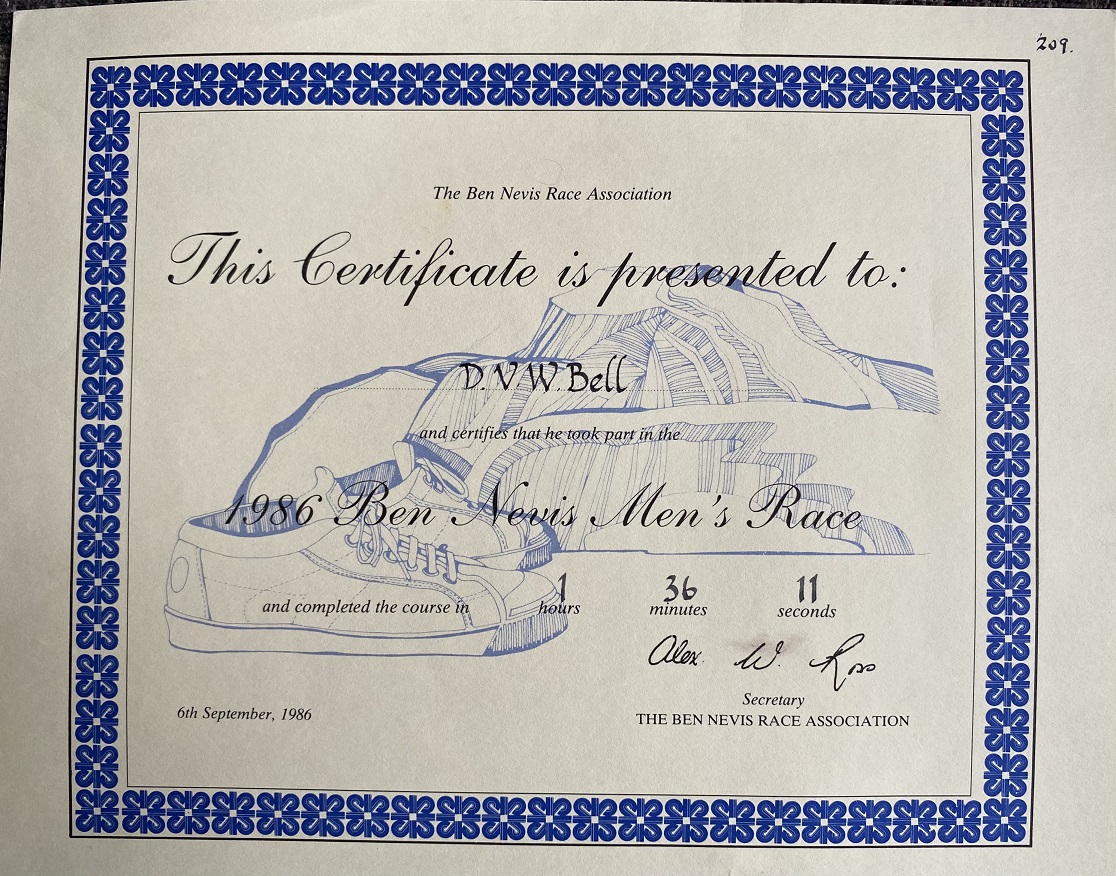 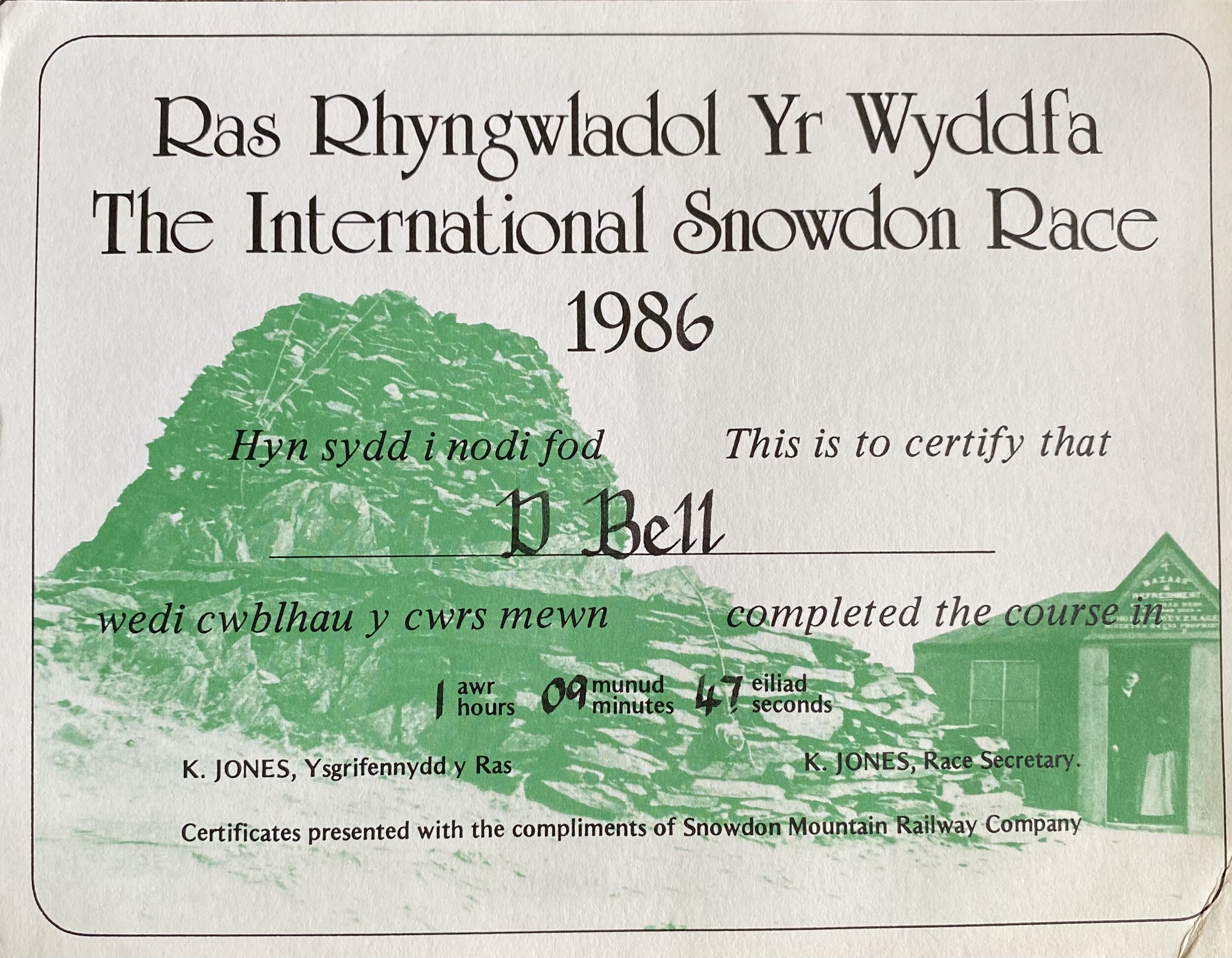 A very attractive certificate – artistic, name of the race with appropriate detail in Welsh as well as English. 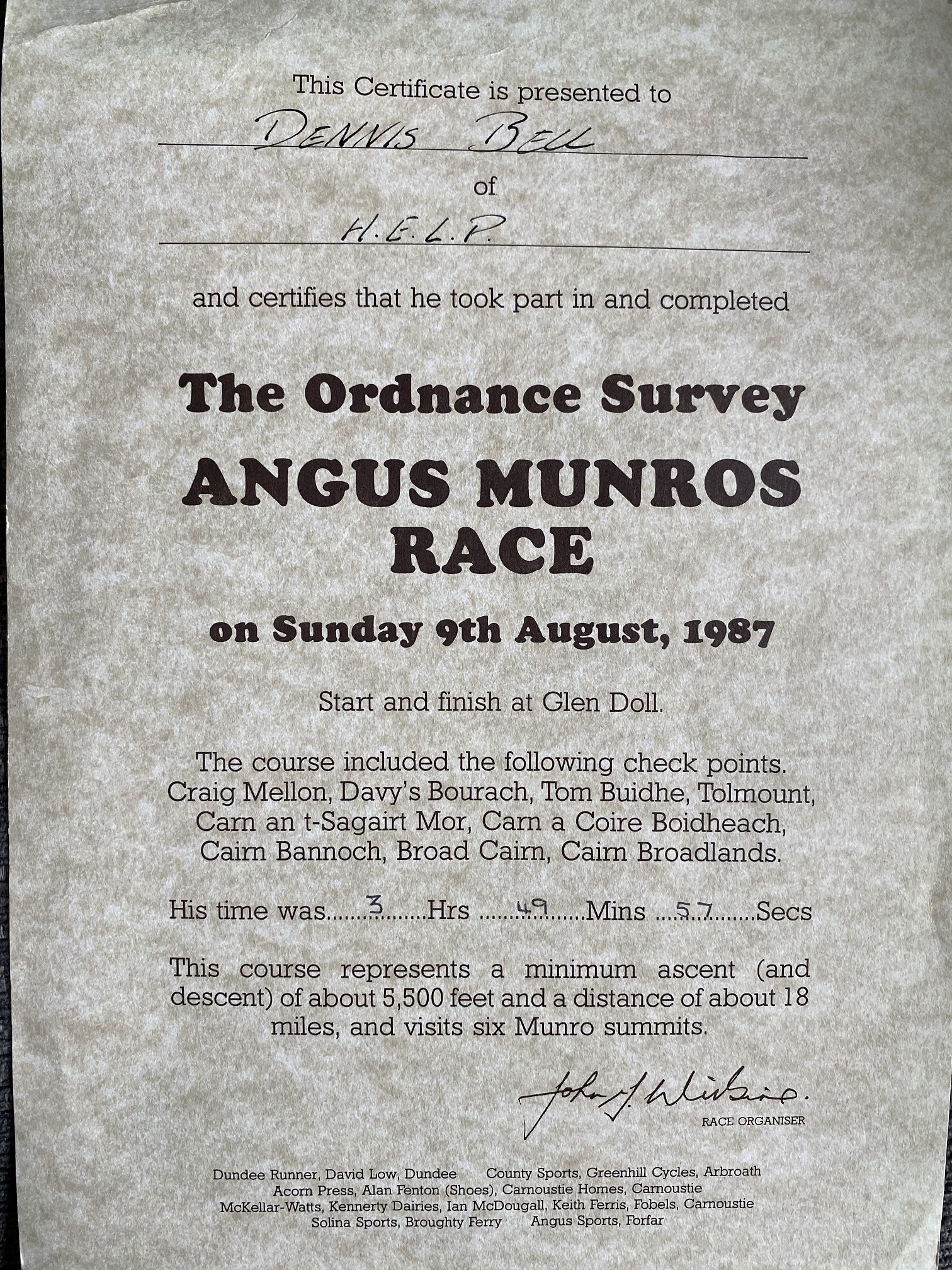 The above says it all. 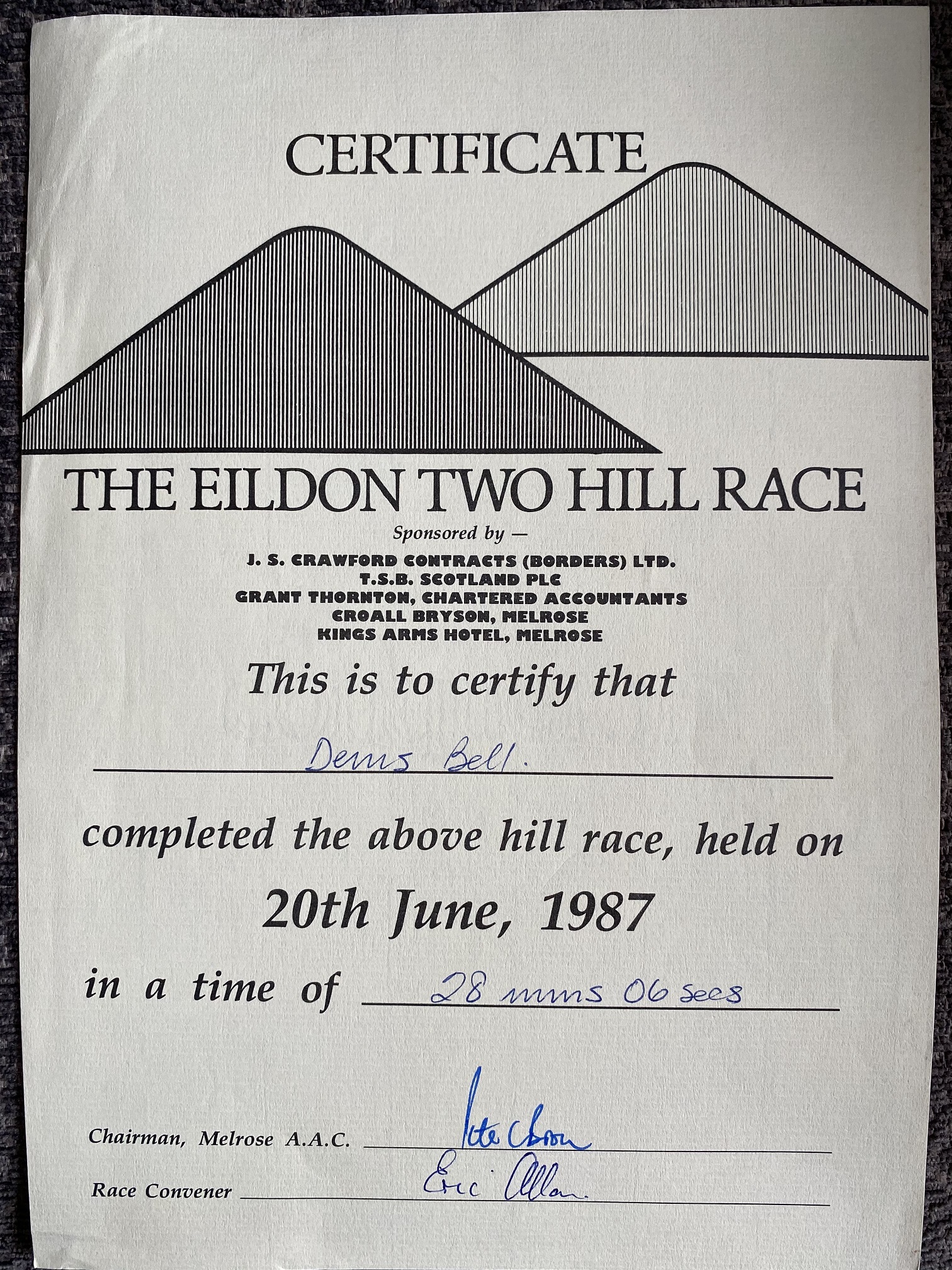 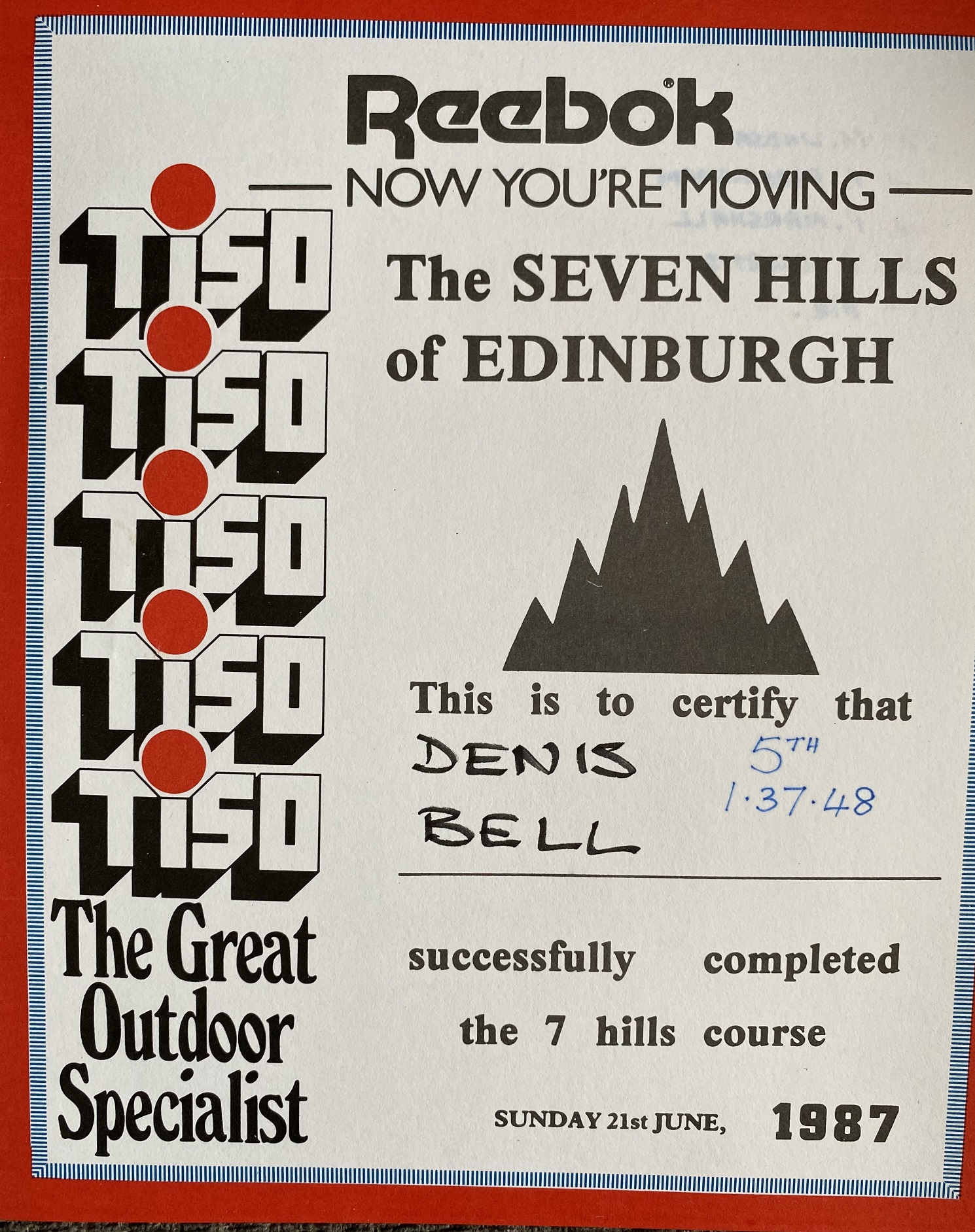 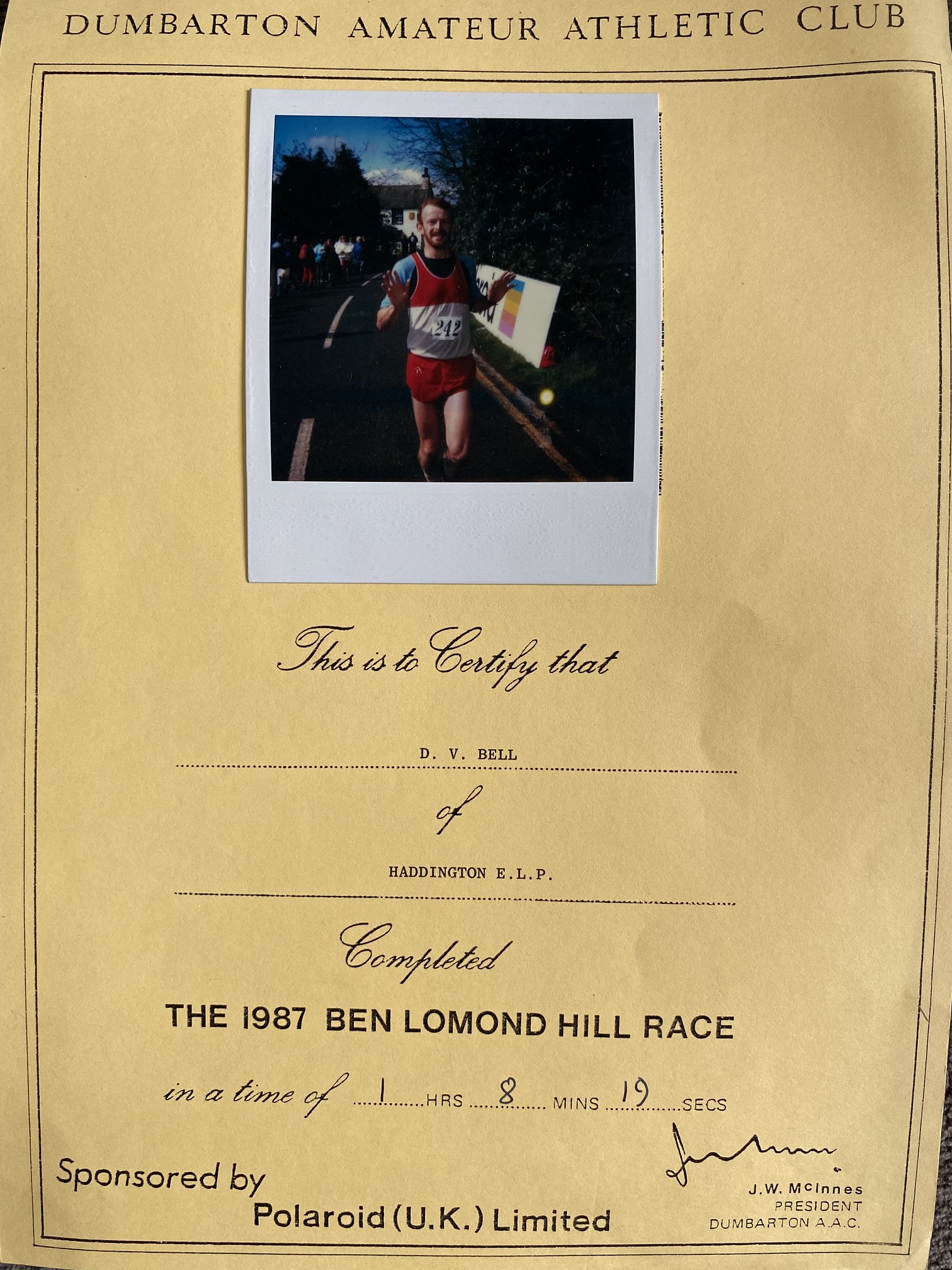 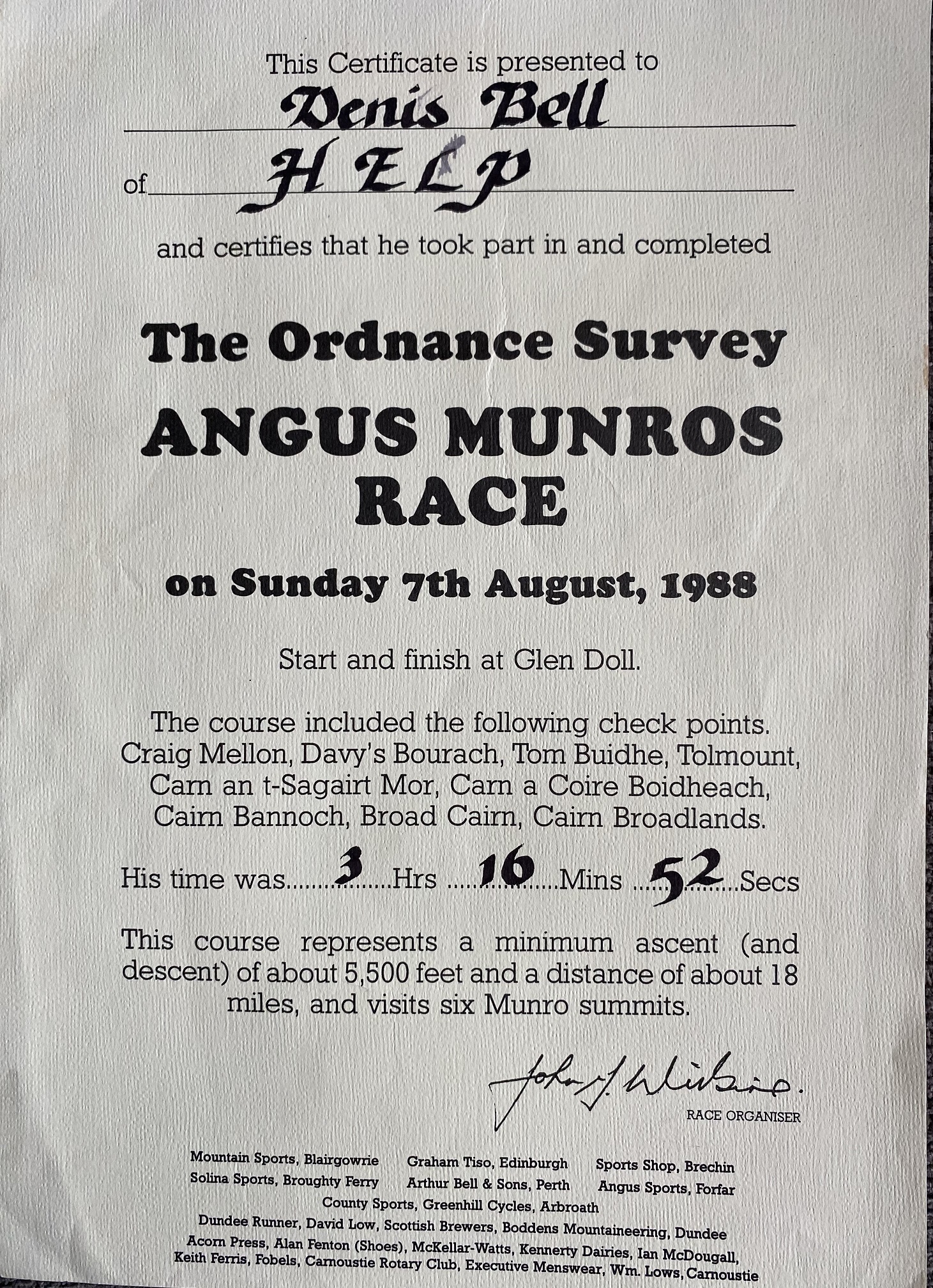 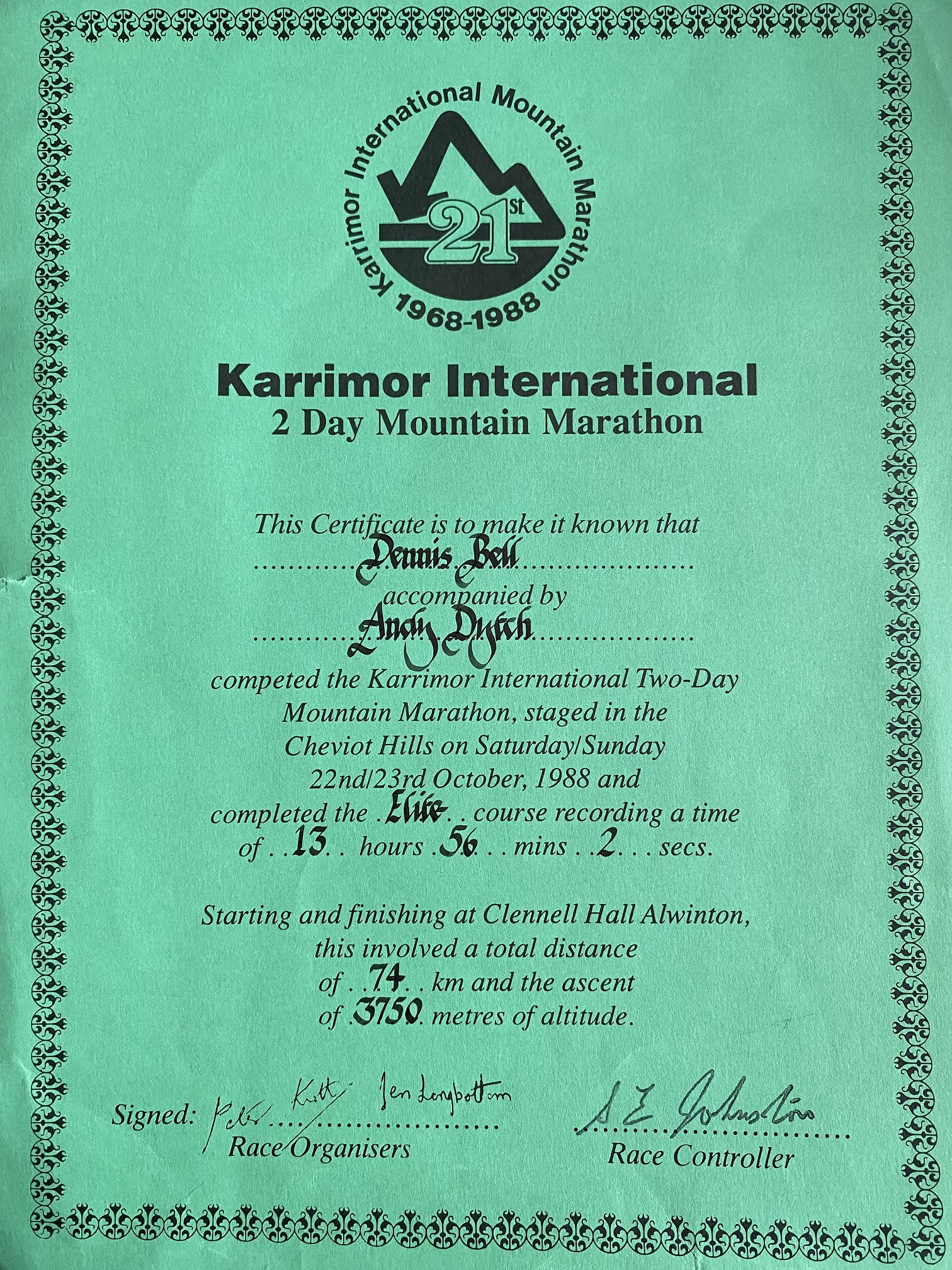 The Karrimor Mountain Marathon is a two man team race: they have to run carrying all that they need to stay out overnight and is run in several classes of which the Elite is the top group for really hardy hill runners.  It is a most attractive certificate and the penmanship adds a touch of class too. 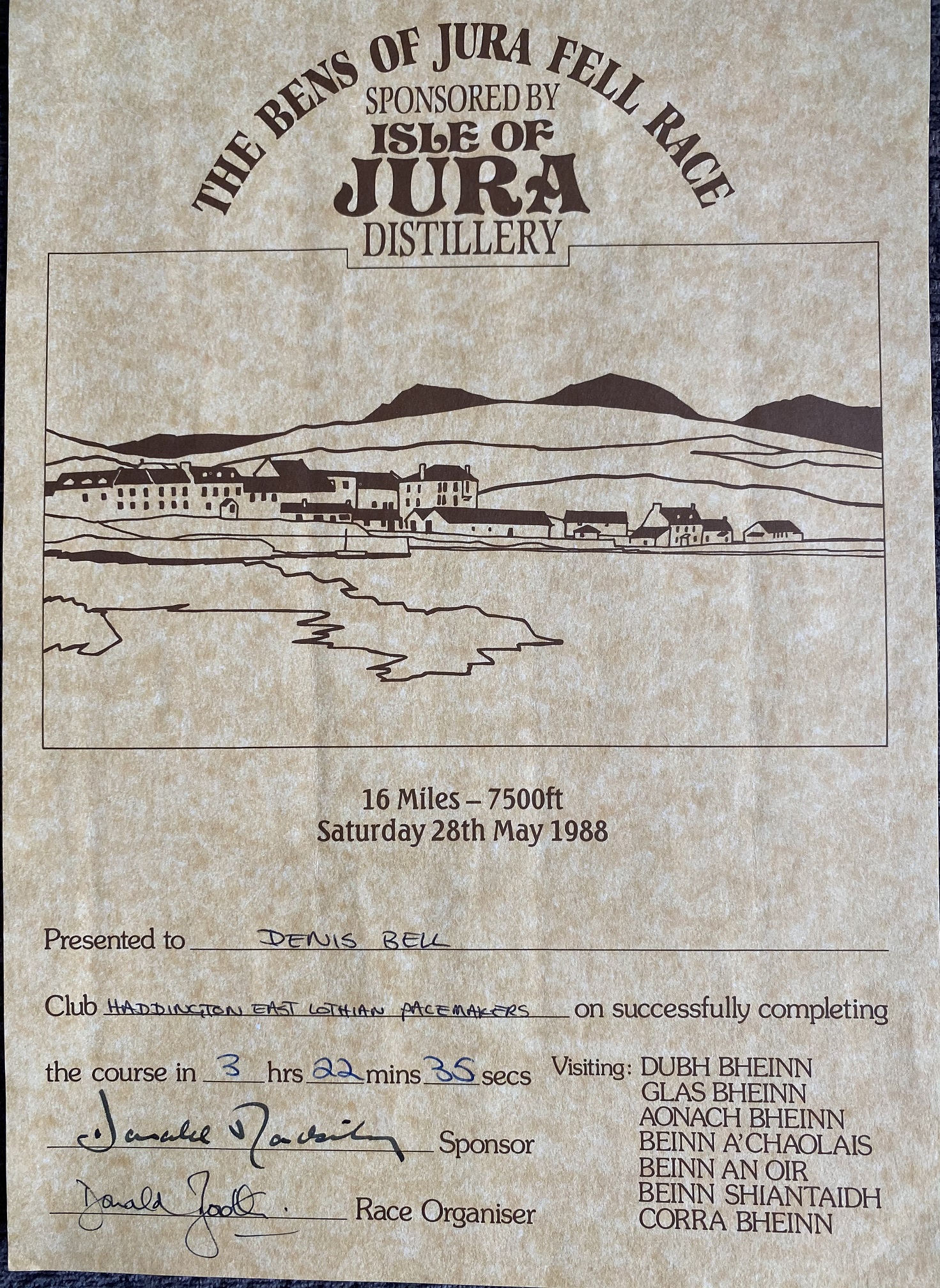 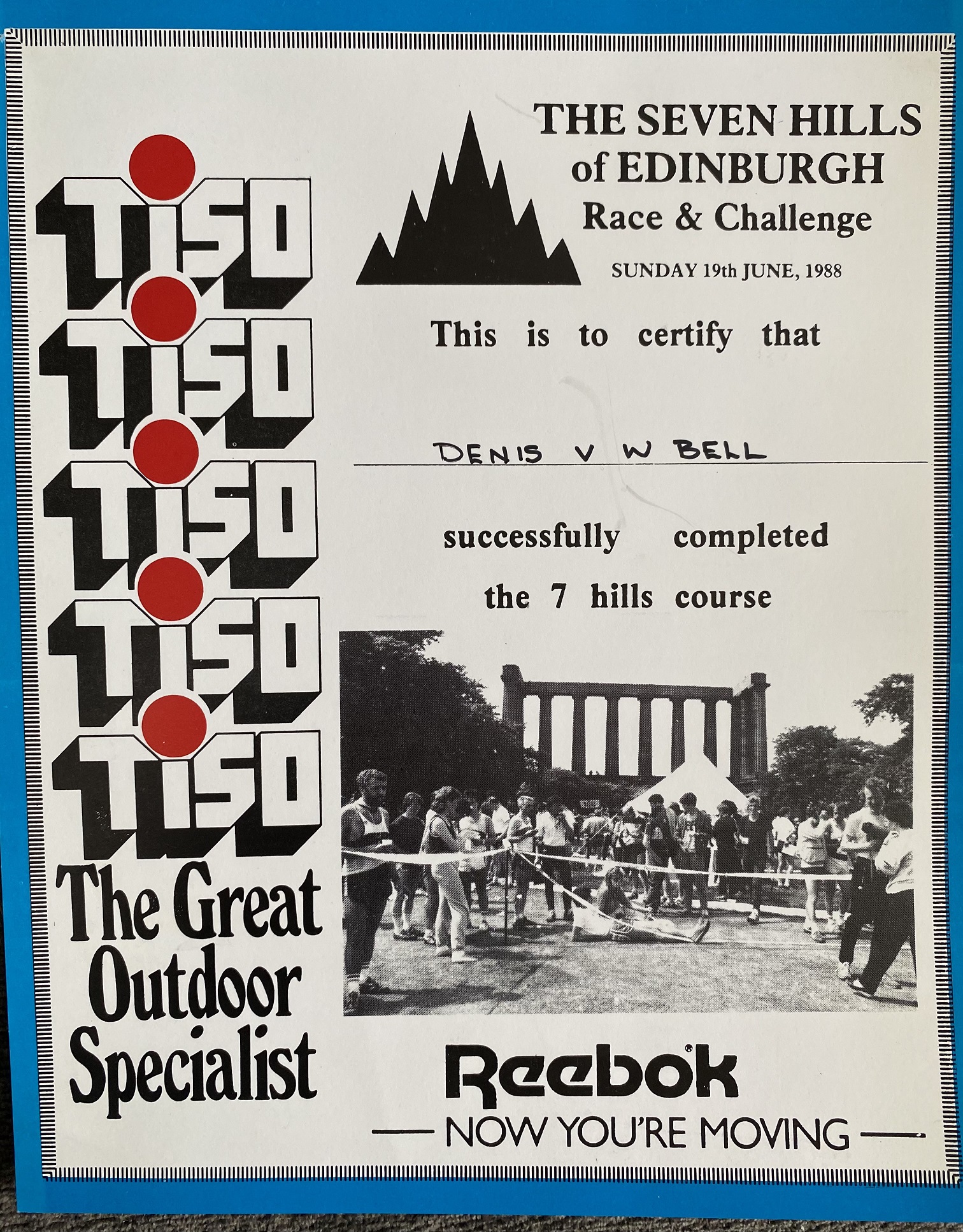 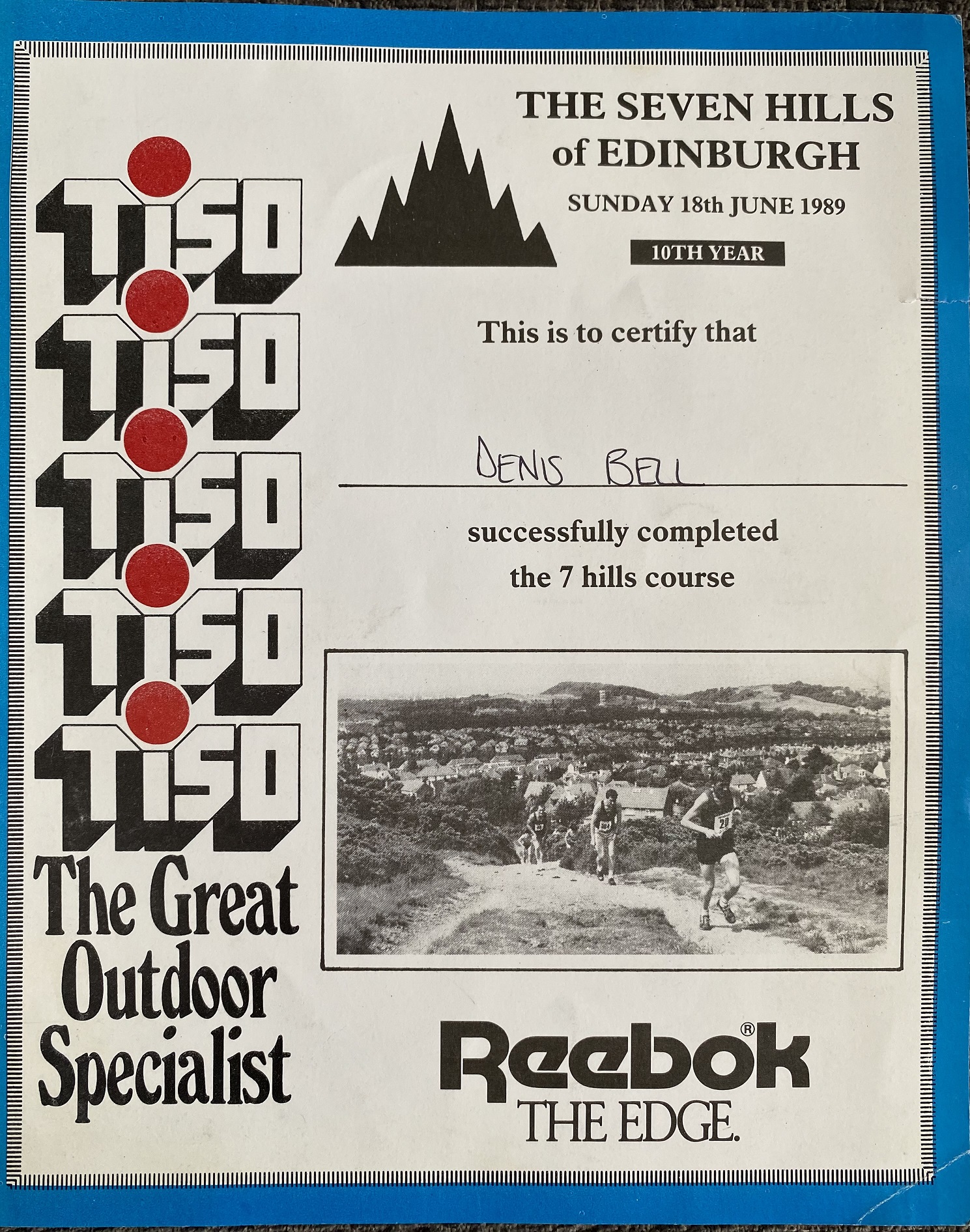 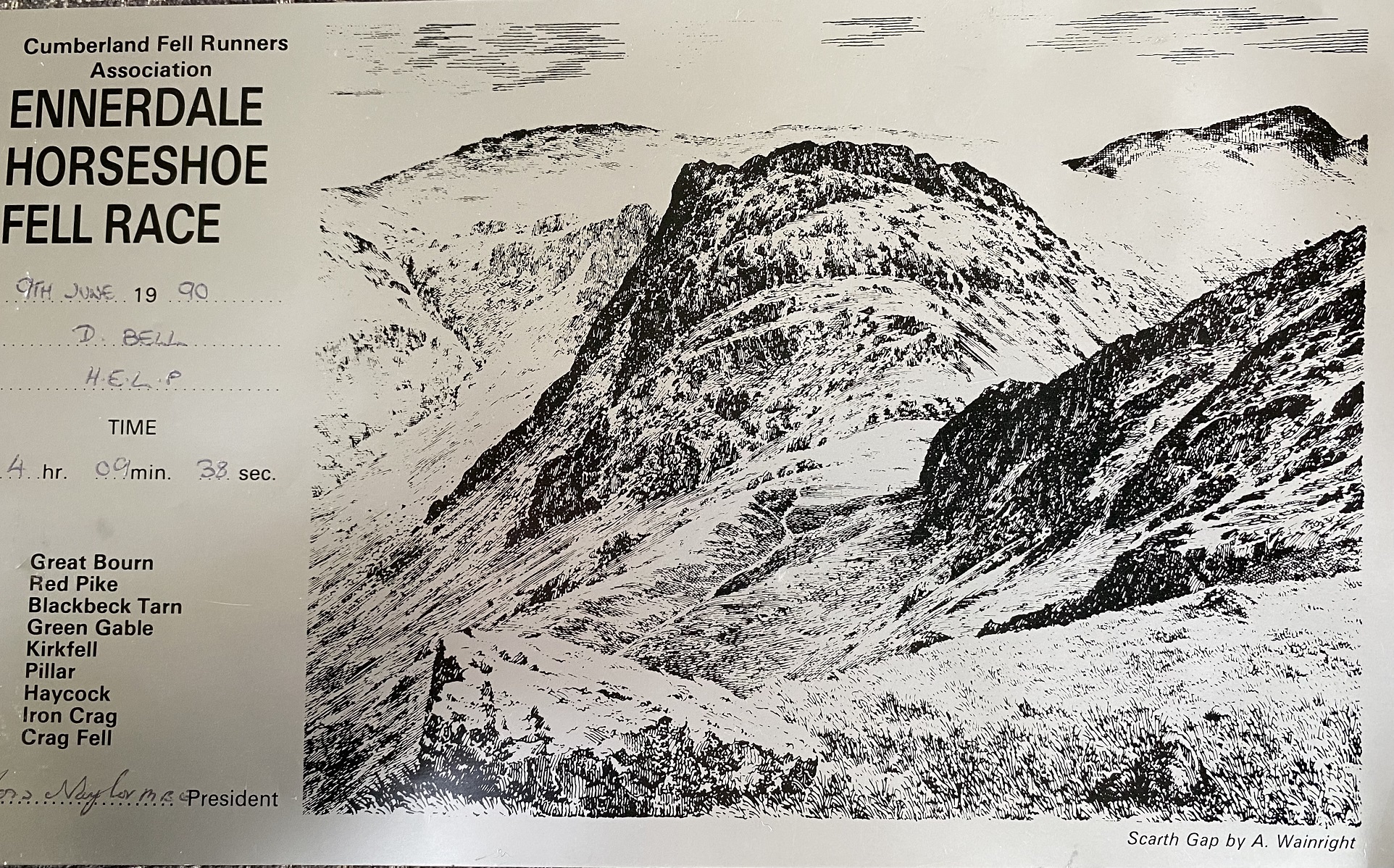 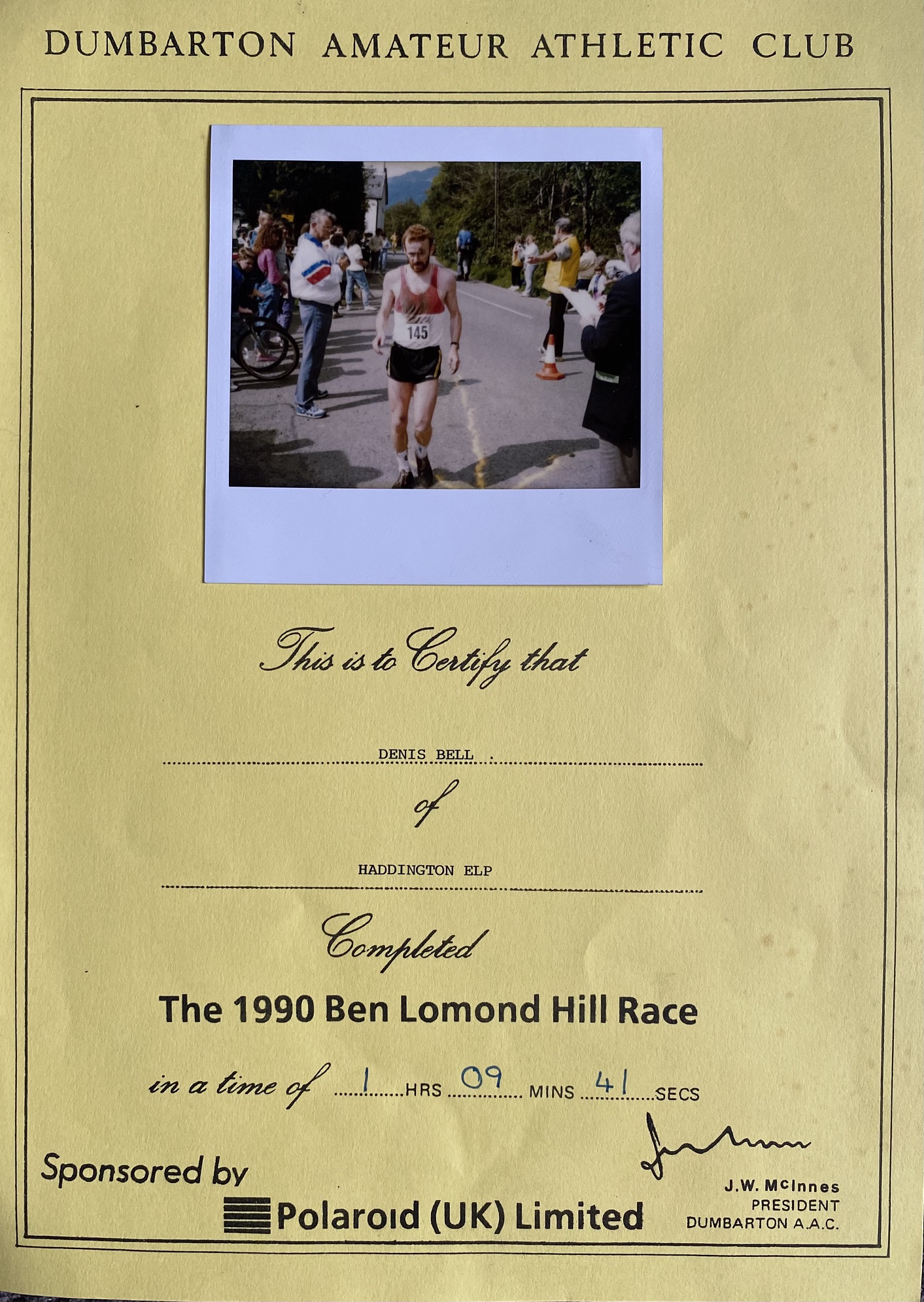 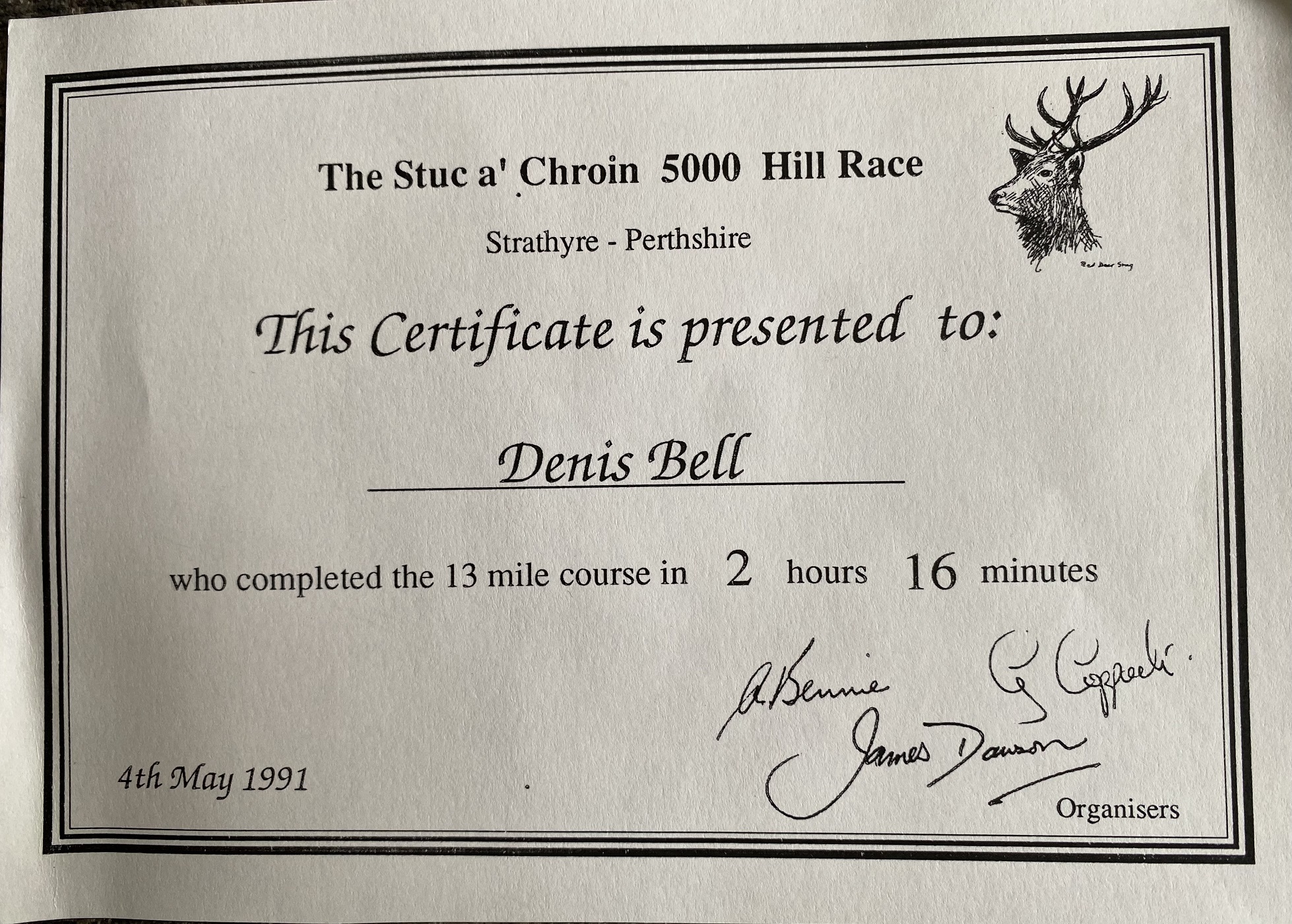 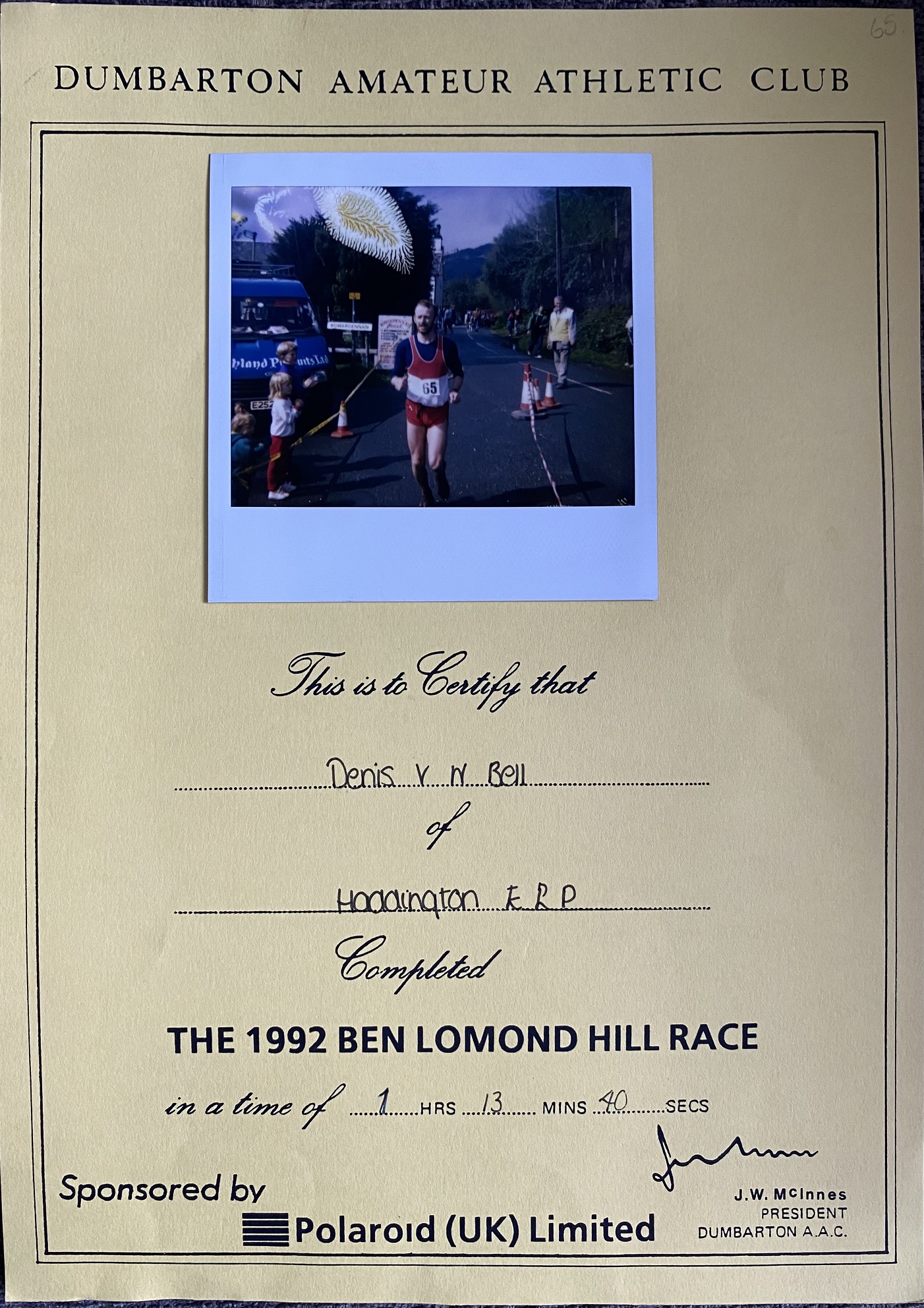 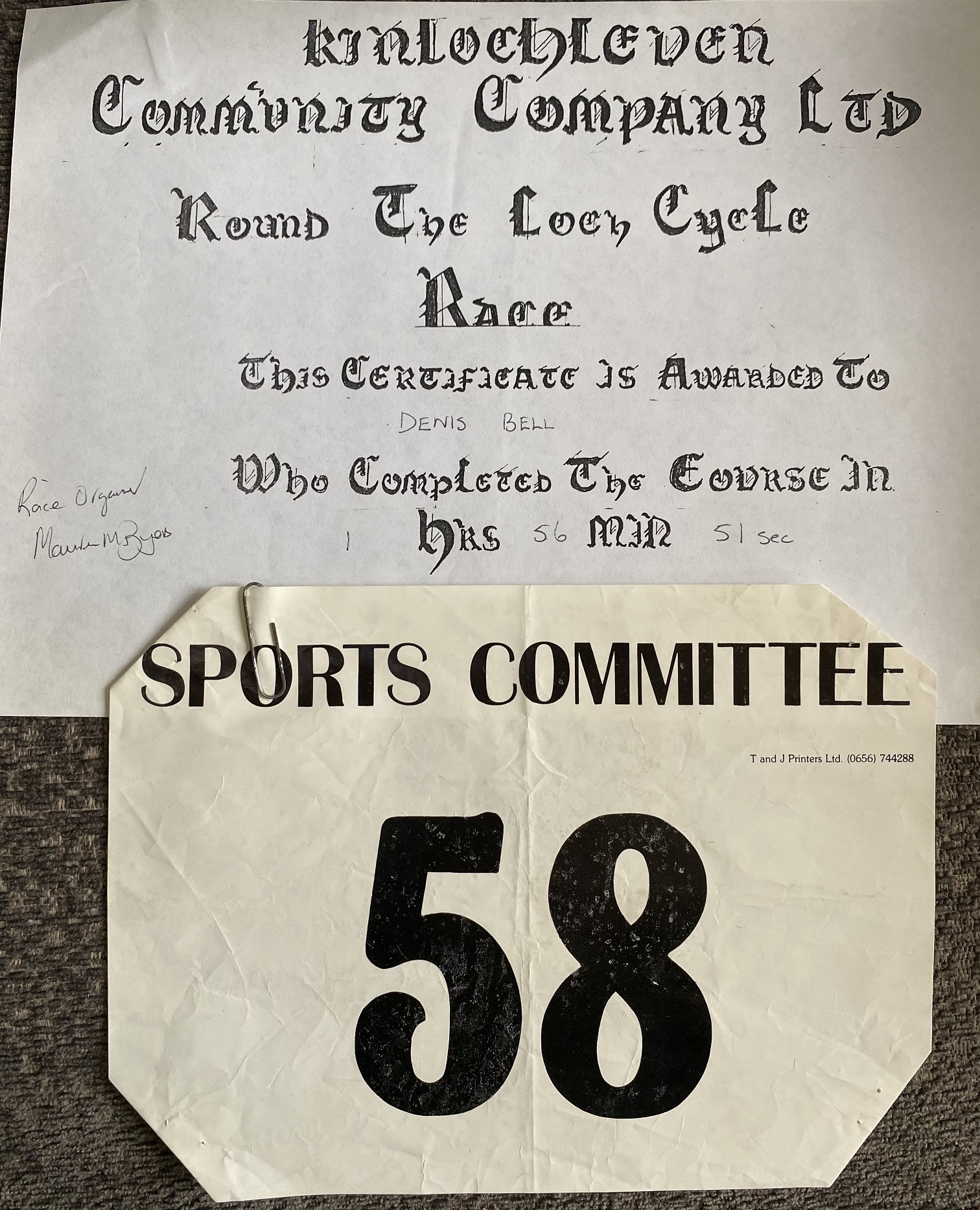 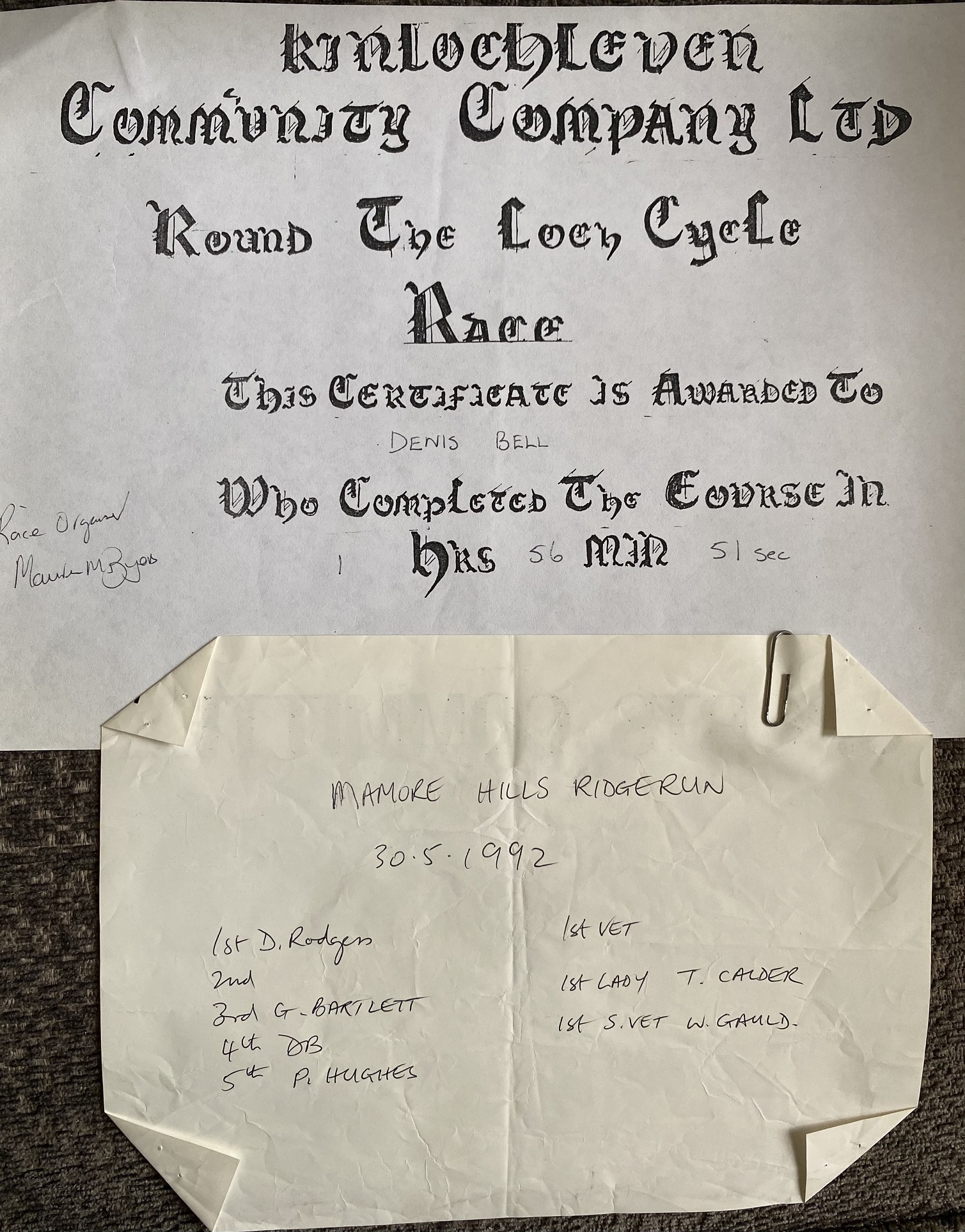 The cycle race was done on this occasion as a running race – The ridge run was a low key event with approx 40 runners.  There is only one certificate = the bottom one has his number reversed to show principal results for the foot race. 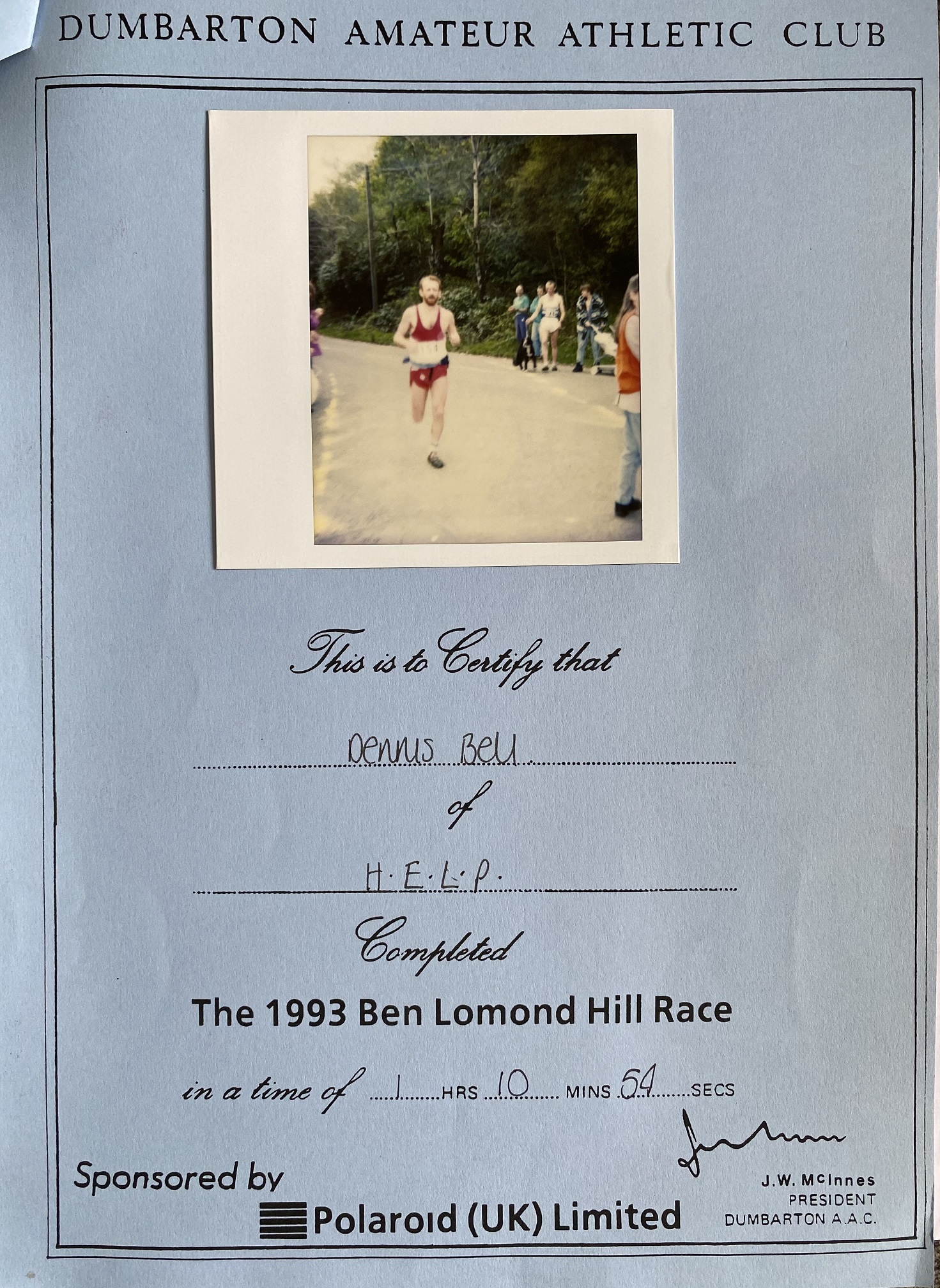 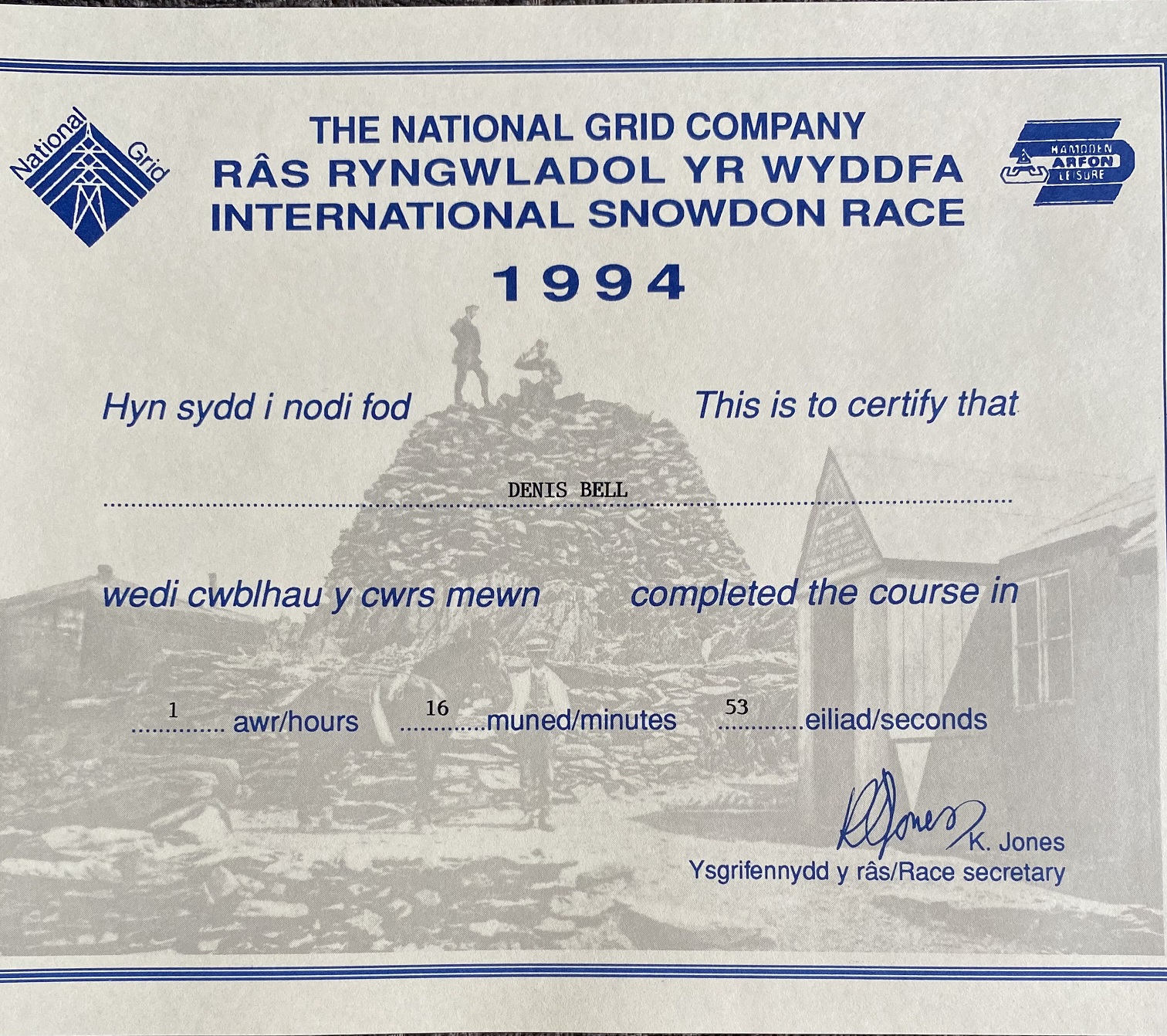 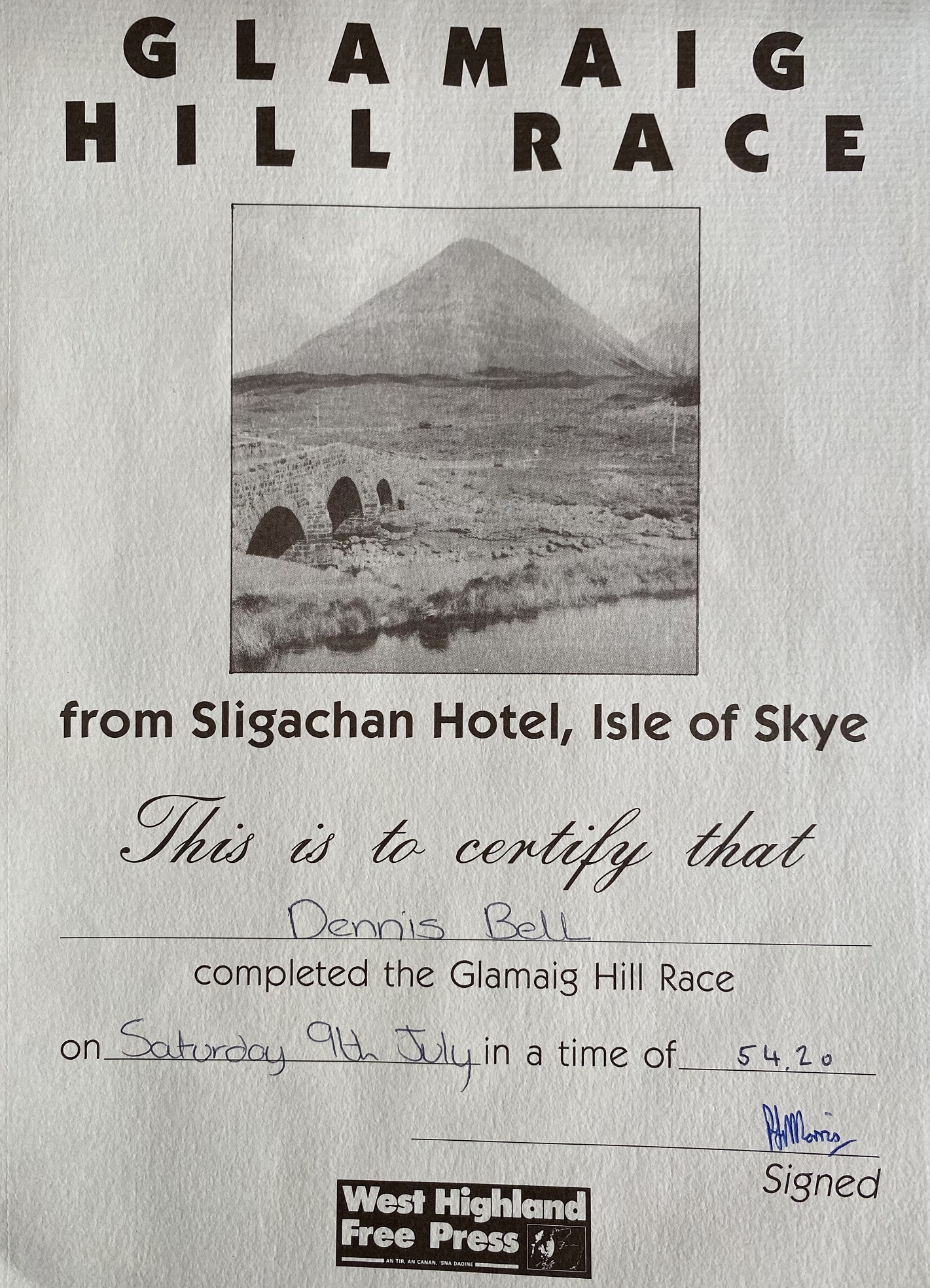 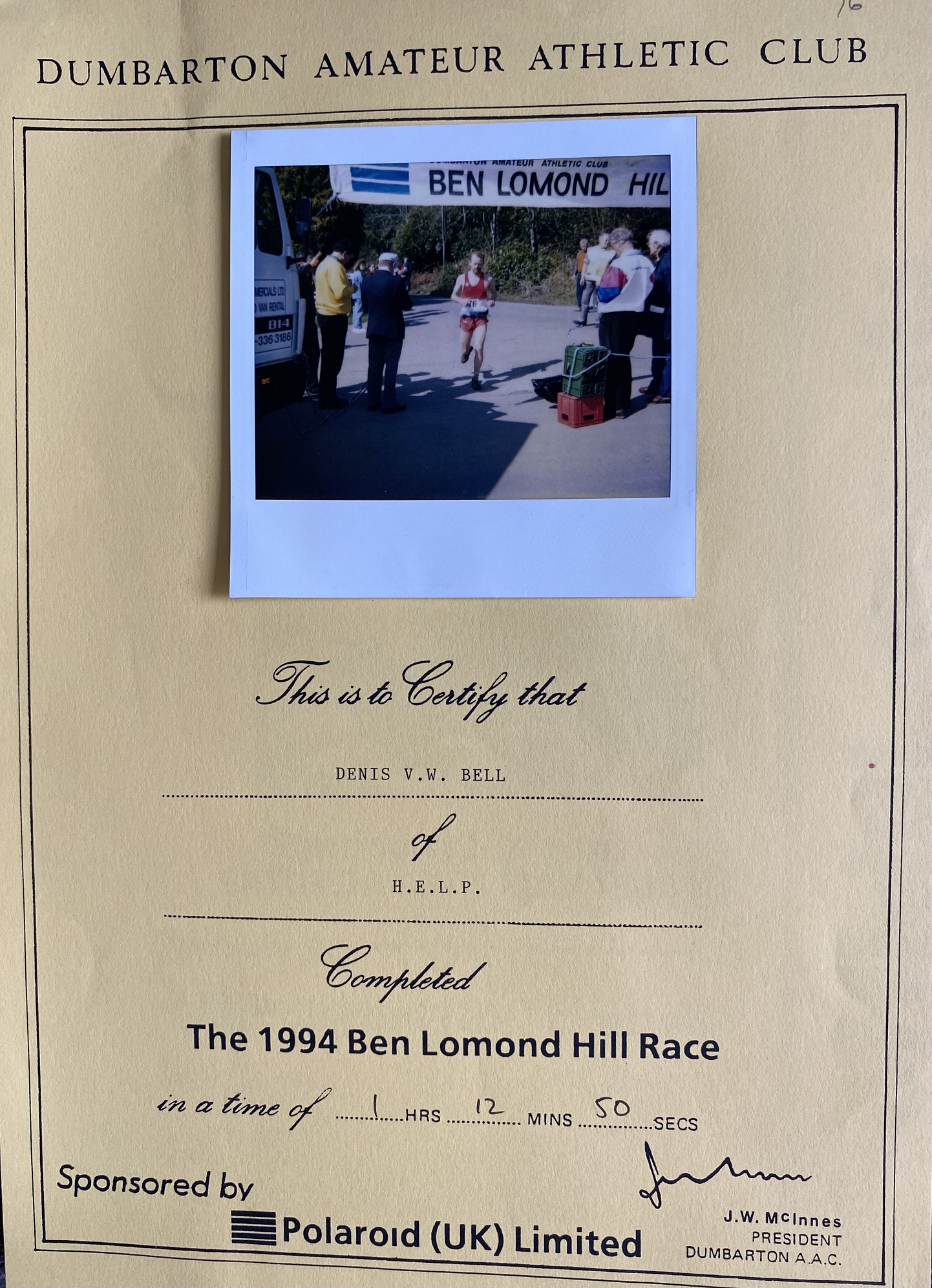