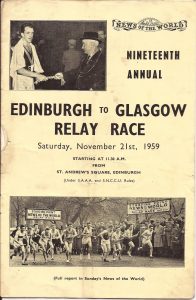 As has been said the sponsorship provided by the News of the World to all inter-city relays that they supported in the various regions of Britain was exceptional.   Buses, limousines, elaborate dinners and great results services were all part of the package; but the race itself was beautifully organised with banners at and one mile before changeovers, start and finish banners prominently displayed, numerous officials including some who were mainly track and field men pressed into service, four sets of wonderful medals and so on.   This all came to an end in 1965 when it was decided that they could not keep the races going on that scale, it was costing them too much.

There were some differences in the production.   The most immediate was the lack of limousines, a reduction in the number of coaches (from 9 to 4) and an altered programme.   The programme, which still had the News of the World name at the very top of the front page, went from the elaborate shiny papered version with a page of photographs and reports on the other regional inter city races to a specifically Scottish one.   The new programme produced for the 19th November 1966 race had

So, other than the pictures, the content was pretty well the same.   The race went on like this until 1977 when the News of the World stopped their sponsorship altogether. 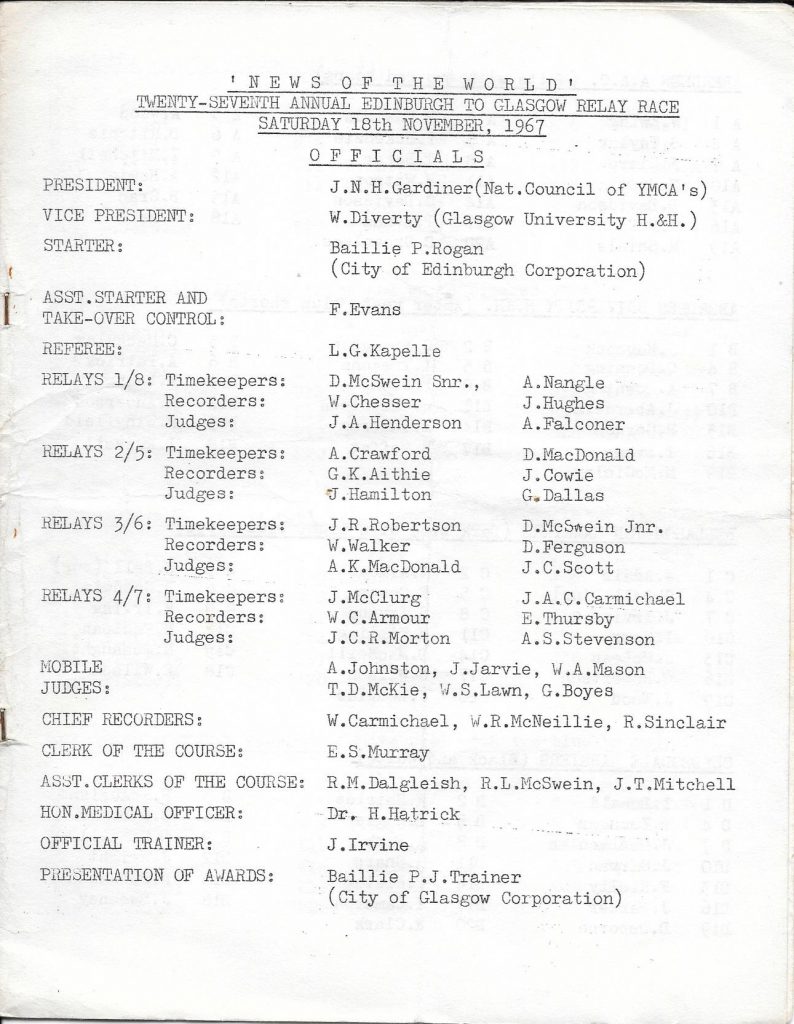 The race was too important to Scottish endurance running for it to be allowed to go.   It was arguably, along with our teams being included in the world cross-country championships, the most important event on the calendar for raising the standard of the event.  The Union itself took on the job and they organised their first race in 1978.    The coaches were now down to three, the programme was diminished even further.   It was now a five page document, each sheet printed on one side only.

But they could not go on doing the organising.  It was too much for the Union on its own which, to be fair to them, already had considerable running costs and expenses that had to be met.   It was decided that after the 1979 race, the event would cease.  Consternation, upset, anger and all sorts of emotions quickly came to the surface. 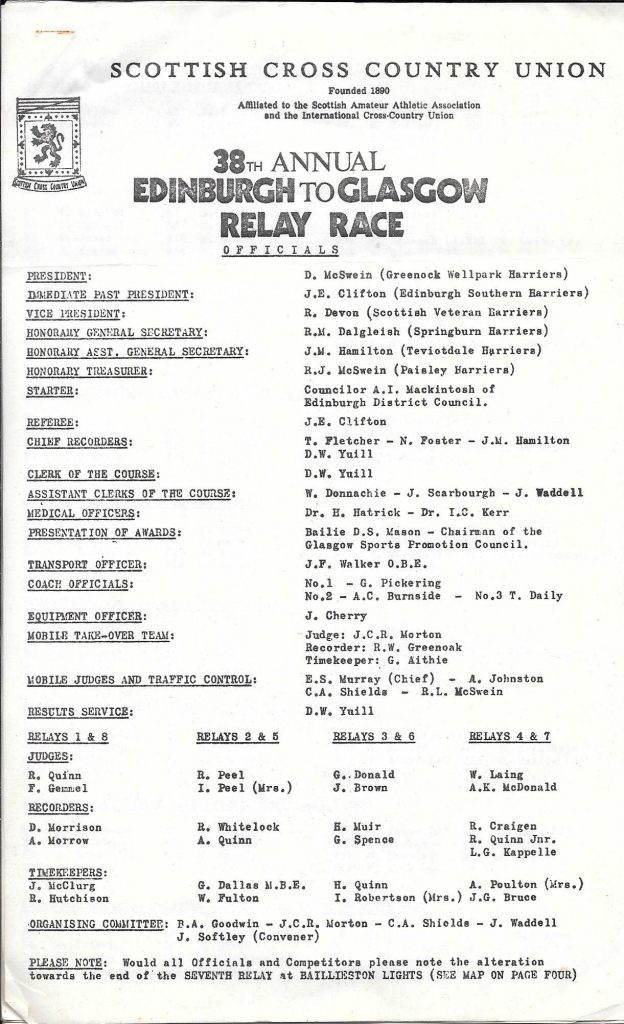 Step forward Des Yuill.   Des was a runner with Maryhill Harriers who had become a top class official and Des worked with Barr’s Soft drinks company, and a man with a real understanding and feeling for cross-country and road running, and the participants.   He also had a manager who was interested in sport and they often spoke of their own involvement in their own sports.   Des spoke to the manager in the course of one of these regular conversations and was asked what it would take.   Sums were done, estimates made and the Barr’s sponsorship of the Edinburgh to Glasgow eight stage relay started as far as the runners and clubs were concerned in 1980, but as far as Des, the SCCU and Barr’s were concerned it was after a lost of hard work to ensure the seamless transition. 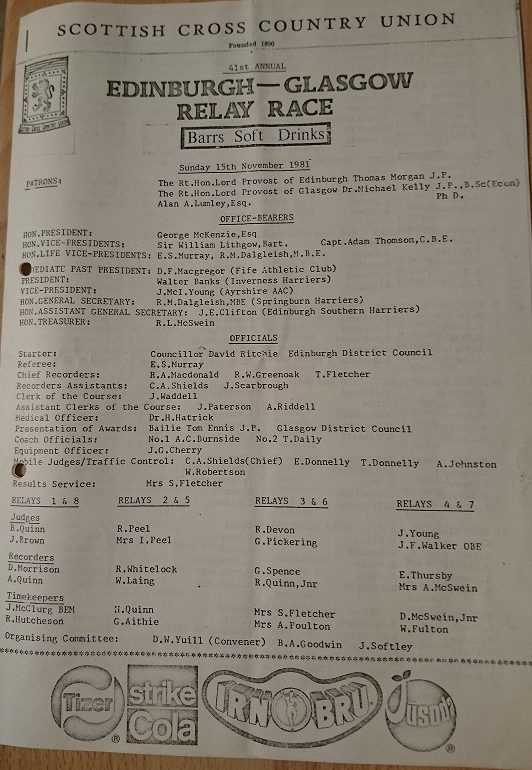