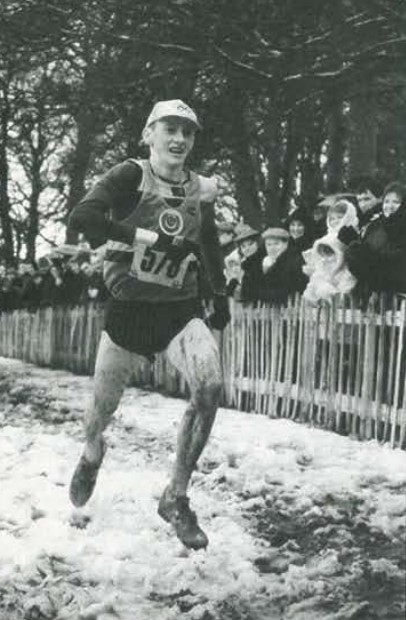 The National Cross-Country Championships of 1989 had many talking points or points of interest.   For instance 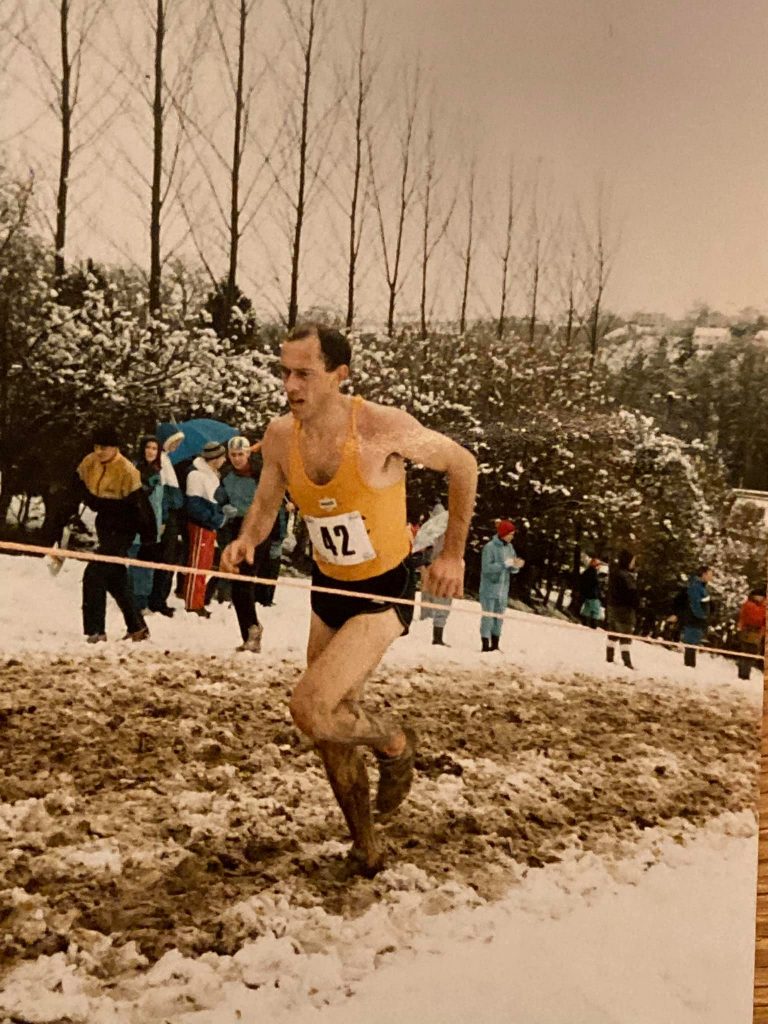 These factors were all important to the day’s racing – almost as important as who won the actual races.   But the weather that day was dire.   Doug Gillon in the “Herald” described the Hawick national as having  “The worst conditions in living memory,”   before going on to give this instance of these conditions: “The mud on one hill, 150 yards long and with a gradient of one in nine, was pouring like a lava flow by the time the runners were on their third circuit.   Elsewhere there was a foot of slushy water and some runners finished barefoot. ”  Colin Shields reported in his excellent centenary  history of the SCCU “(Runs will take place) Whatever the Weather” that 5 inches of snow had fallen overnight “in the worst weather experienced during the entire winter, and that snow had continued to fall throughout the day leaving a covering of slippery snow over an underfoot morass of mud.” 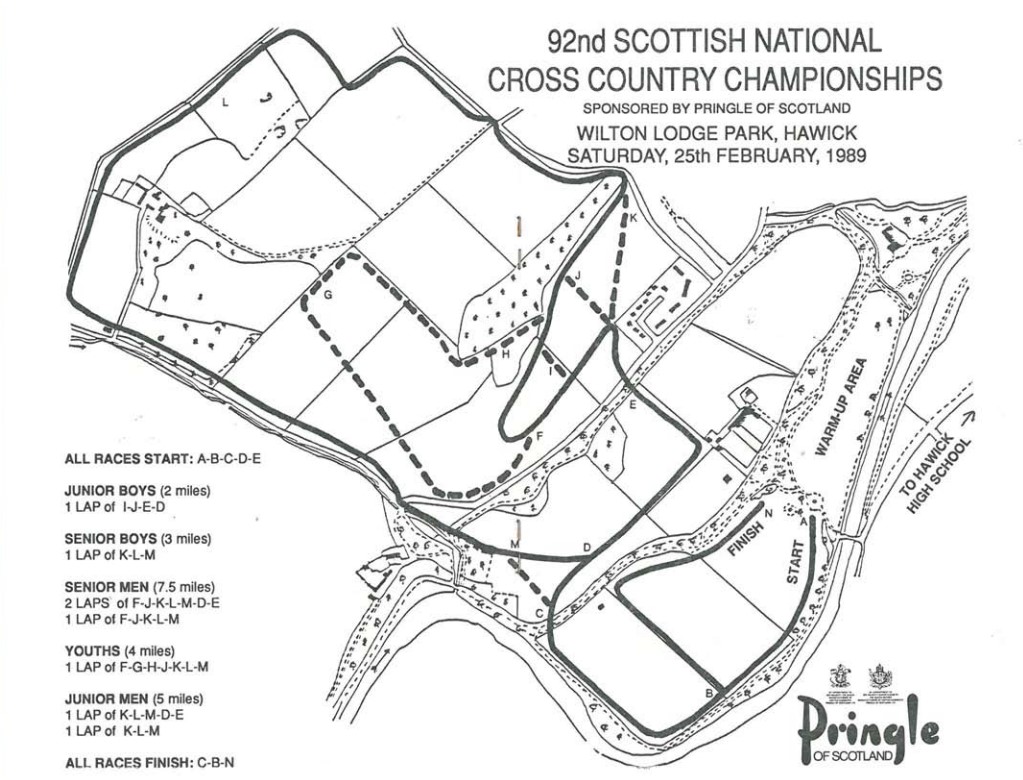 The map of the course,  above, is an interesting one, and  Wilton Park in Hawick is very pleasant and normally the start of a good day out.   Have a look at the map, and then try to retrace the runners’ footsteps next time you’re there.   You’ll find that the hill referred to is indeed steep – maybe contour lines should have been added!    The following  article from “Runner’s World” had some more detail on the trail and on the weather conditions. 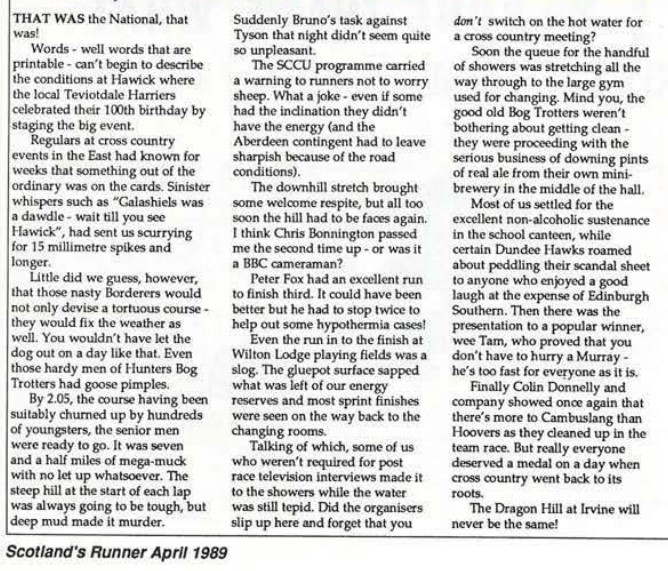 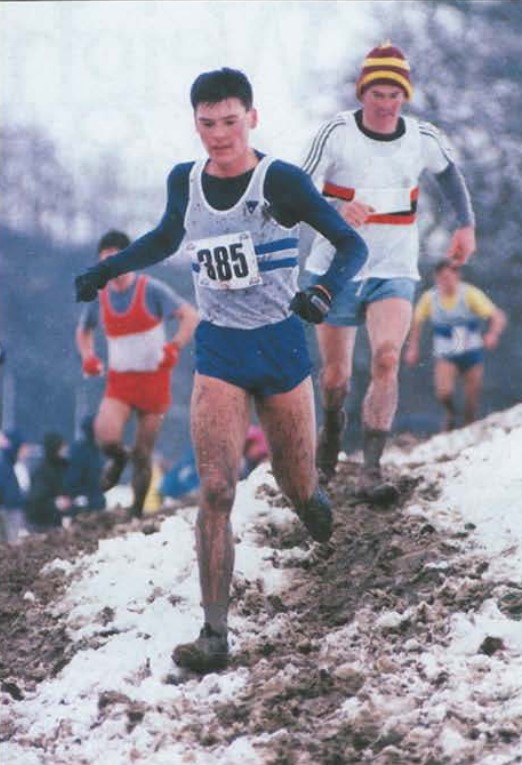 After all that, how did the actual racing go?  For this one, we can’t better Doug Gillon’s report for the “Glasgow Herald” and we’ll print it along with the results. 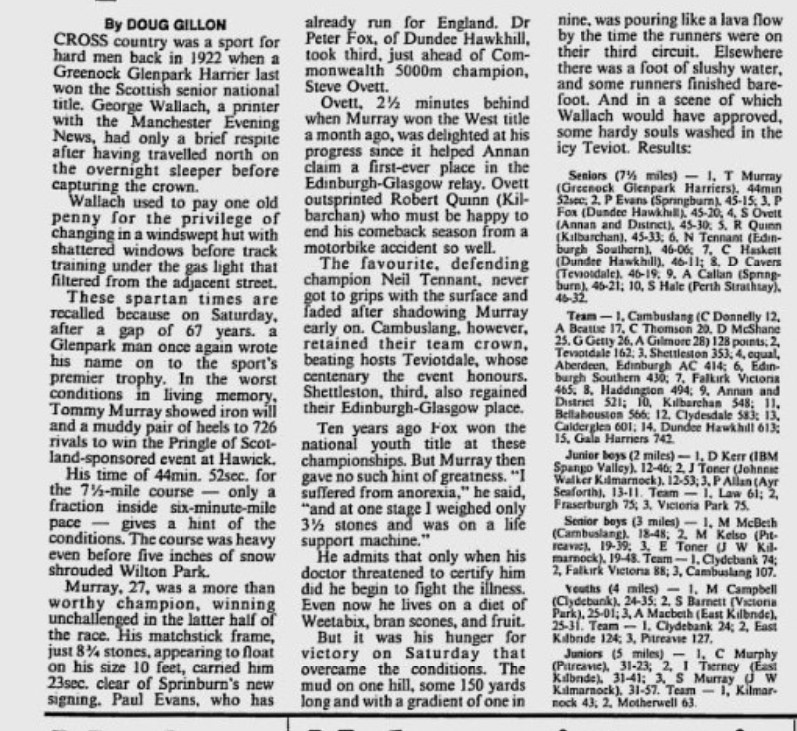