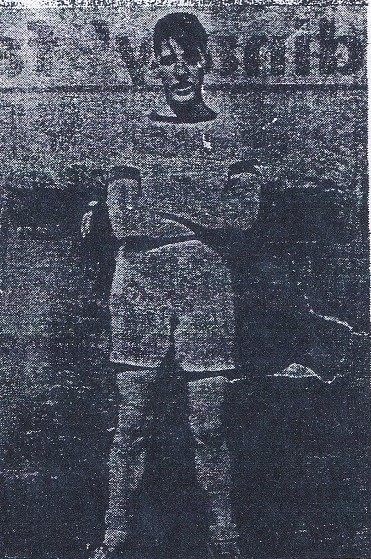 The following article about the Kirkcaldy YMCA was contributed by Alex Wilson who had received it from Don Macgregor and it is an excellent insight to a world of running that has long gone although runners are runners whatever their generation!

“A local pensioner’s memories of the old days of Kirkcaldy YMCA (Fife Leader, February 28) sparked of more recollections among readers.

Jimmy Reid, McIndoe Crescent, Kirkcaldy told us that he was a member of Kirkcaldy YMCA in 1929 and belonged to the Harriers club.   “The club was then in Kirk Wynd, when John Thom was secretary,” he said.   “The caretaker was known as ‘old Walter and if you wanted to know anything about the YM you just asked Walter and he knew the answer.

We had a very good Harriers section in those days, with trainer Davy Butchart, Jack Syme and so on.   The Harriers I remember then were Dave Ross, Willie Gibb, Jock AdieAndrew Torrance, Andrew Thomson, Tom Dewar and Willie Duncan, and the president was Mr Sandilands of of Kirkcaldy Town Council.

“I was a member of the team which won the Scottish YMCA Championships in 1931.and I still have the medal which I had made into a ring and have worn to this day”.

D Williamson (82), Nicol Street, Kirkcaldy, also remembers the old days at the YM.   “The first Boys Club – all ex-members of the Boys Brigade – started in a hall at the back of what was the Fifty Shilling Tailors (now a sports shop) opposite Whytescauseway,” Mr Williamson said.   “They later moved to a much larger premises in Carlyle Road.   The Thirties were great years for sporting activities in Kirkcaldy.   The four running clubs were Eastbank from Pathhead, the YM from Kirk Wynd, theBoys Club from Rose Street, and the Old Boys Club from Carlyle Road.   They formed a league and had three cross-country races every Winter, and the star runner was Alec Dow of the YM who ran several times for Scotland.   He pointed out that the clubs were also members of the Edinburgh and District Cross-Country League which had  six clubs from the Edinburgh District.   Three races were run every year, of which one was held in Kirkcaldy.

The relay race from Perth to Kirkcaldy was a great event and around 14 clubs took part including Dundee Thistle, Hawkhill amd Glasgow with a few international runners taking part.   Barry’s Sports at Stark’s Park was the centre for the track athletes.   There were competitors from Glasgow, Edinburgh, Dundee and Kirkcaldy for the open events and I won the open mile several times.”

“The Hospital Sports was a good annual event as well, and was held latterly in Beveridge Park.   There wre many good athletes in the town in the Thirties, and I often wonder how good they would have been if they had had the facilities they have today.   Training on grass in the Beveridge Park and racing on football pitches was hard going – but we all enjoyed it.