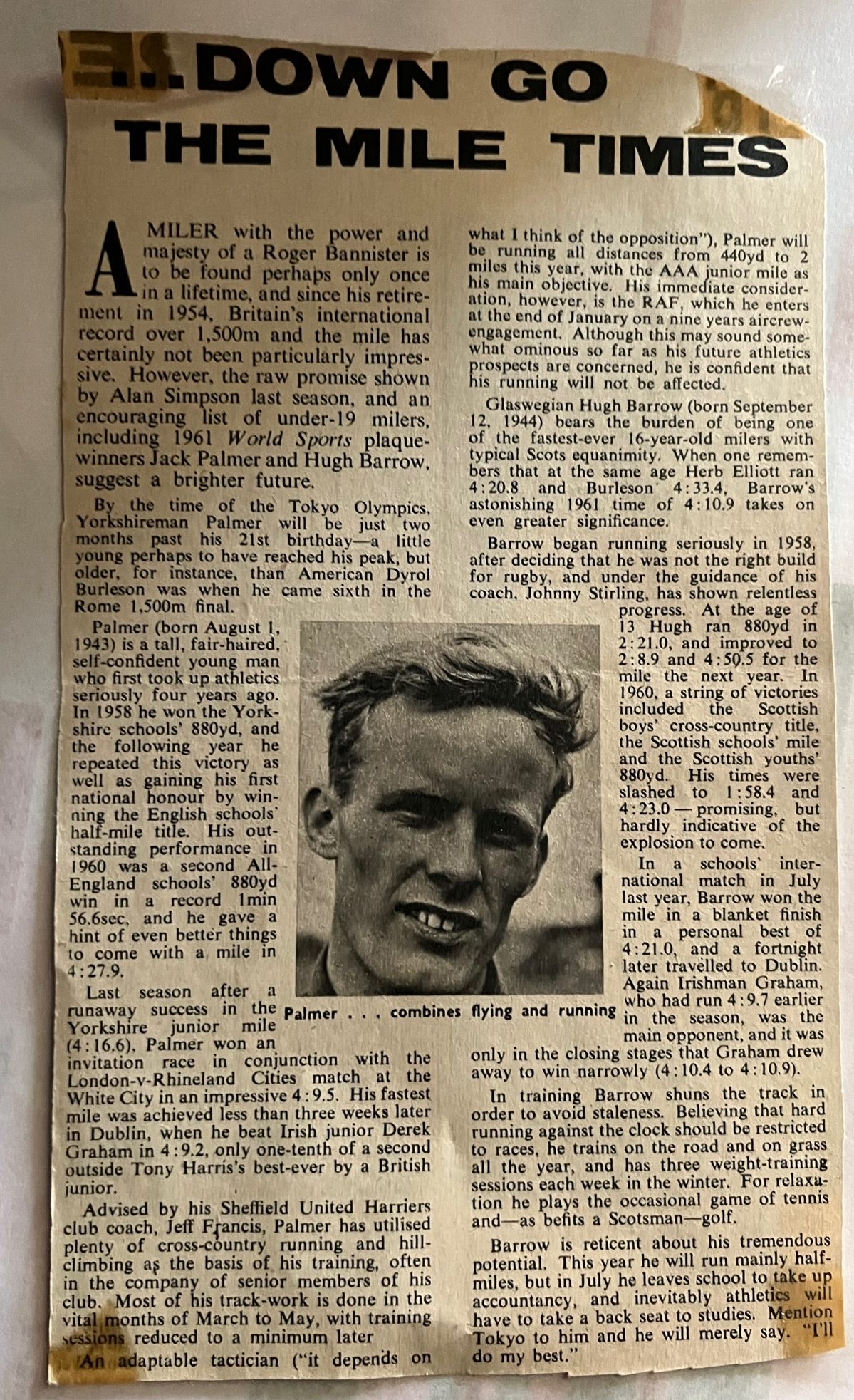 World Sports listing of all the 1961 winners many of whom are well known athletes – Stuart Storey, Janet Simpson, Trevor Burton and Alan Carter maybe the best known – but only two were Scots.   Hugh of course and Sheena Lofts from Aldershot and the Anglo-Scots team, who ran for Scotland on the track and over the country. 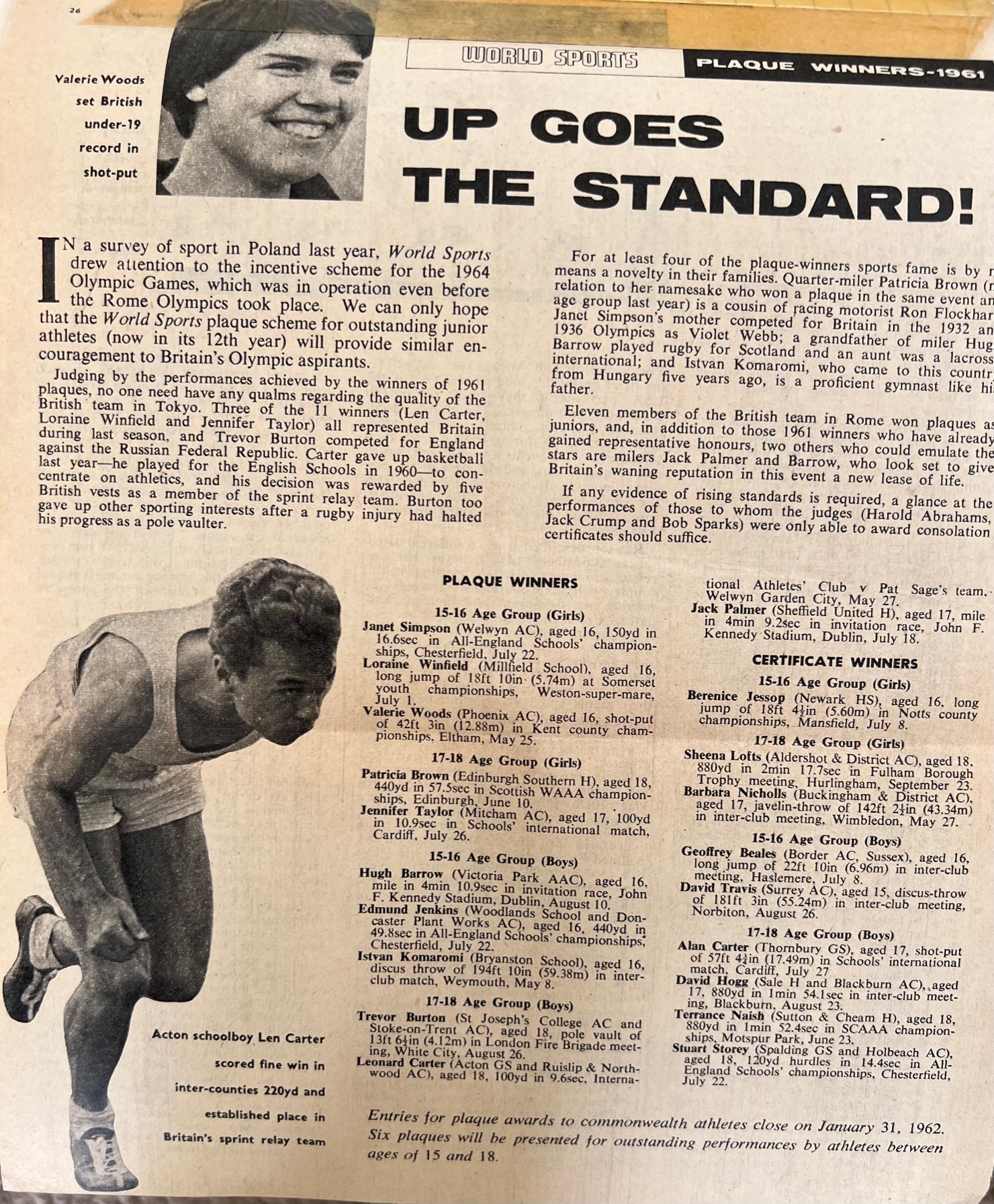