More of Graeme Orr’s photographs of the Edinburgh to Glasgow Relay in 1967.   We have seen some of them before but not this clear, well I don’t think so.   They are also because of the clarity enlarged and we can see more – eg the car doing the dodgy U-turn round the island on the Pat Maclagan photograph.   Remember that he was following mainly the Glasgow University Hairy Hounds so there are a lot of University pictures.   Note the Beaney twins on the first stage.  They were Springburn Harriers and the club had three sets of brothers at the time: the Beaneys, the Pickens and the Lunns (Kenny was running for GUH&H and is also featured here). 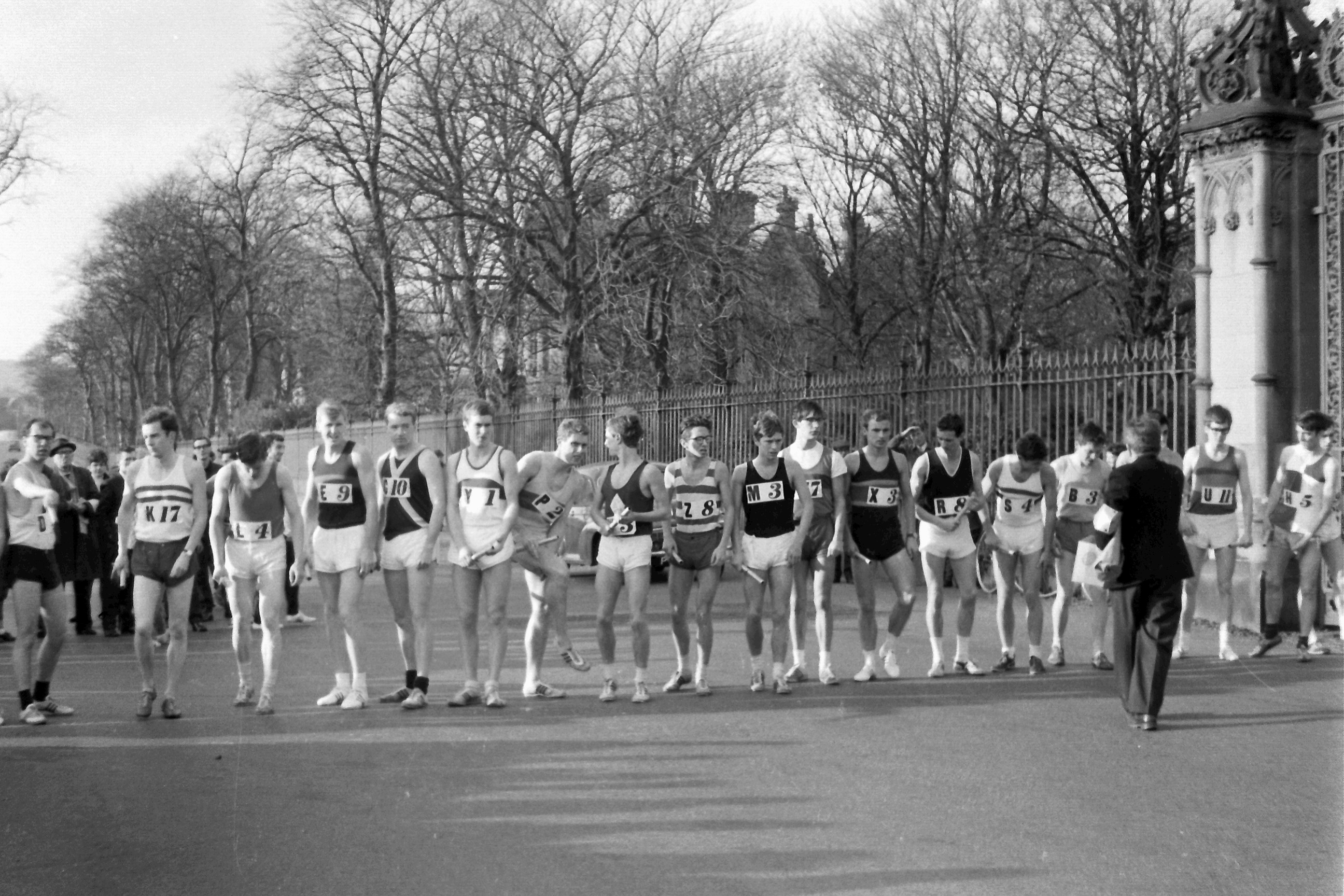 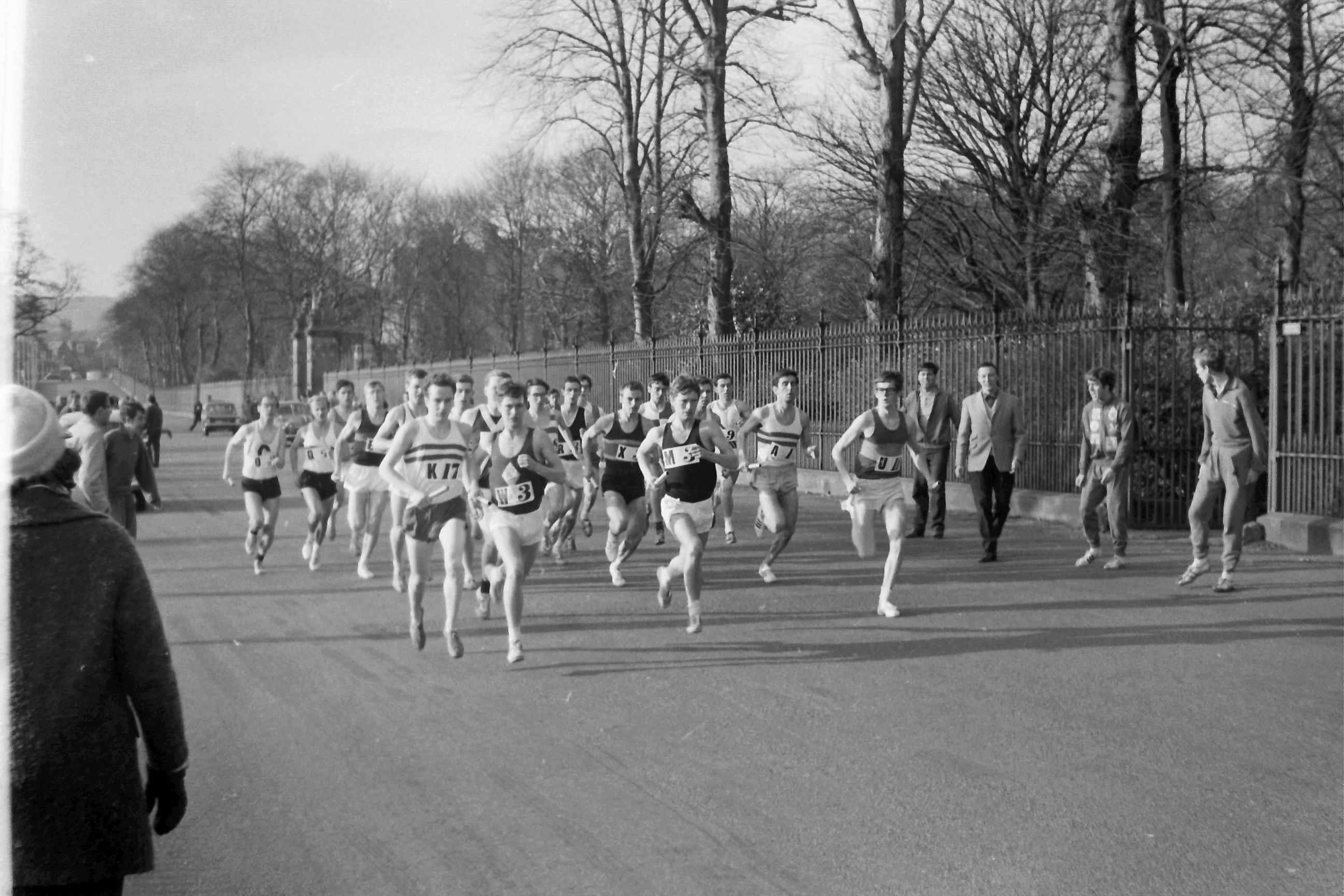 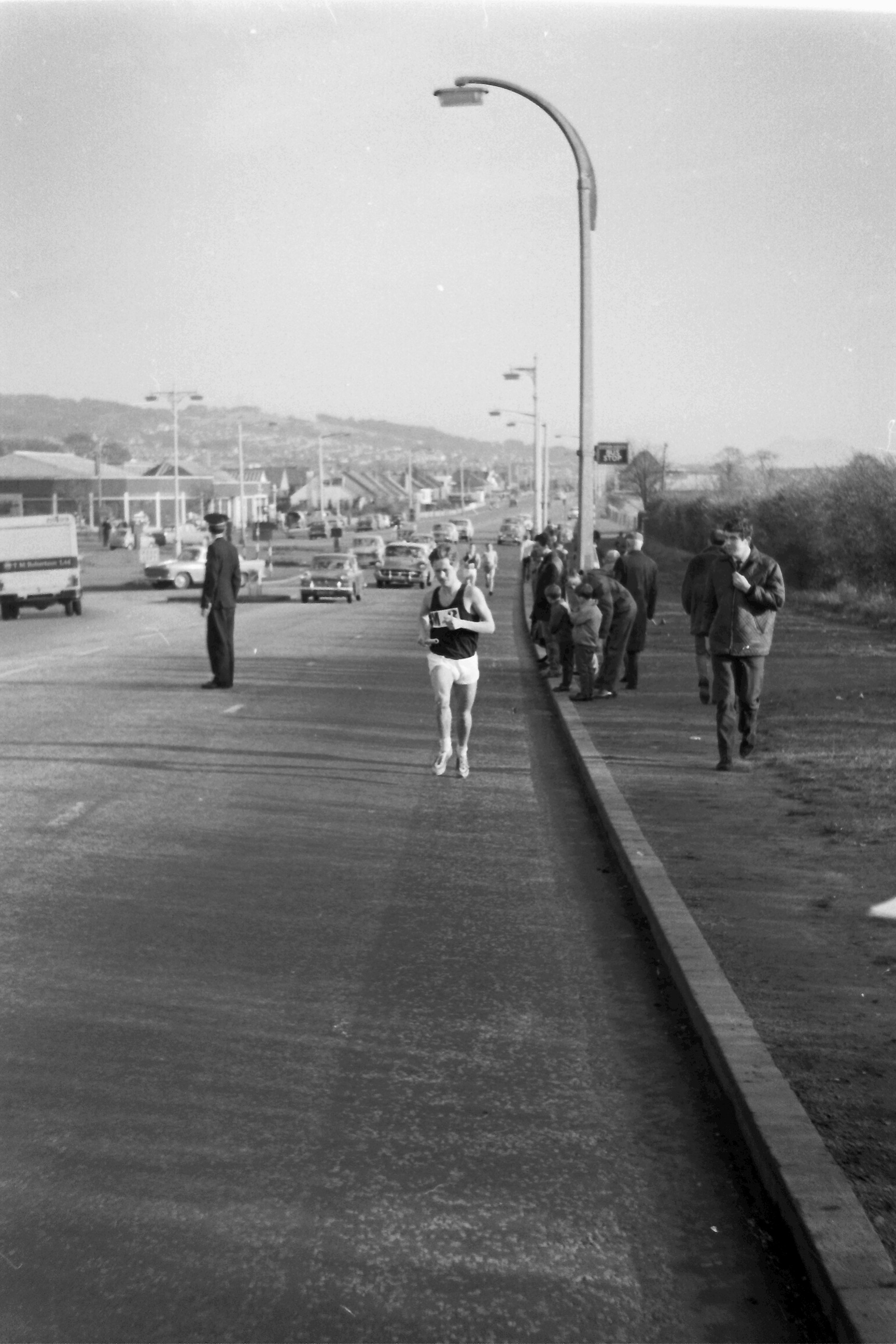 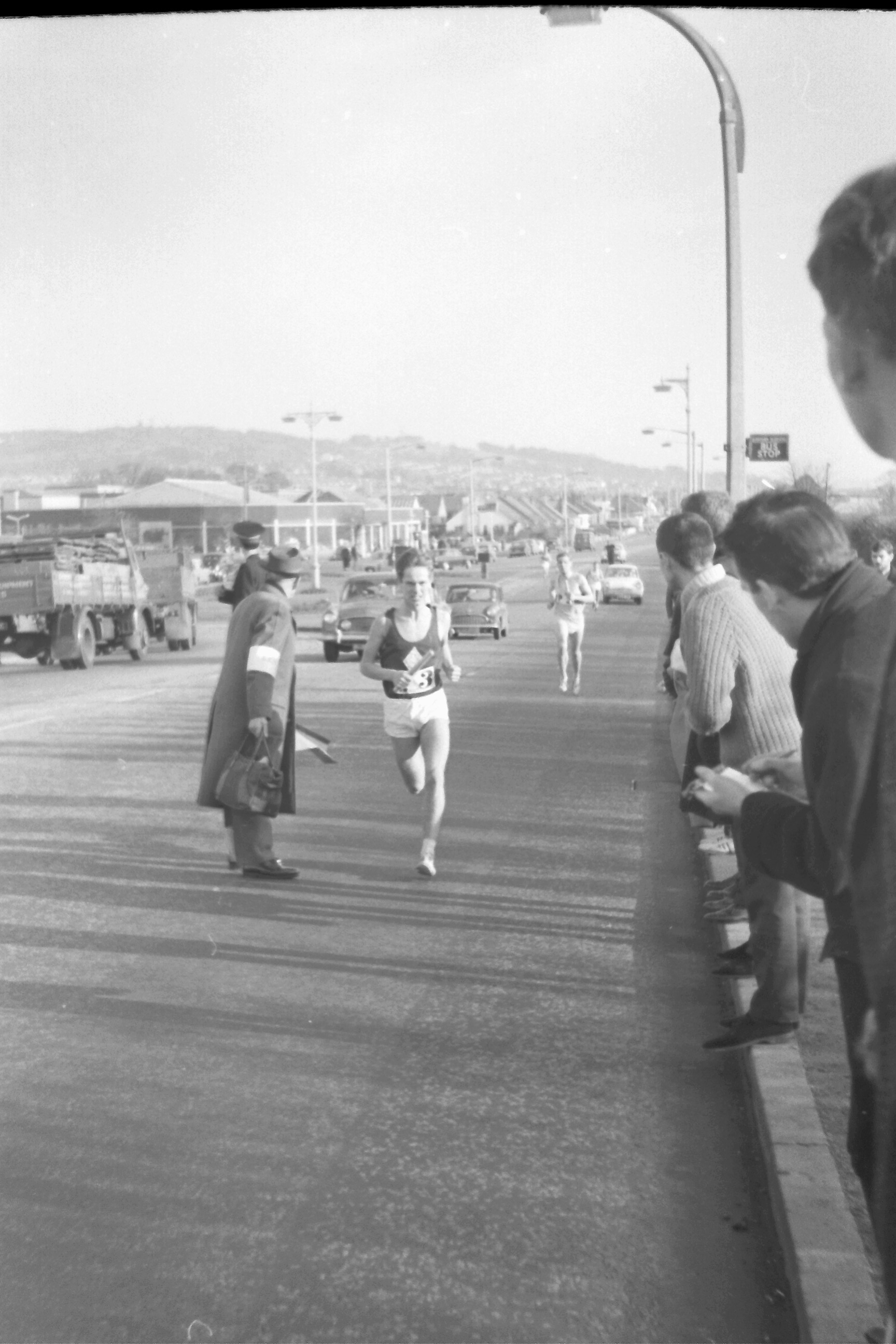 A. Beaney of Springburn 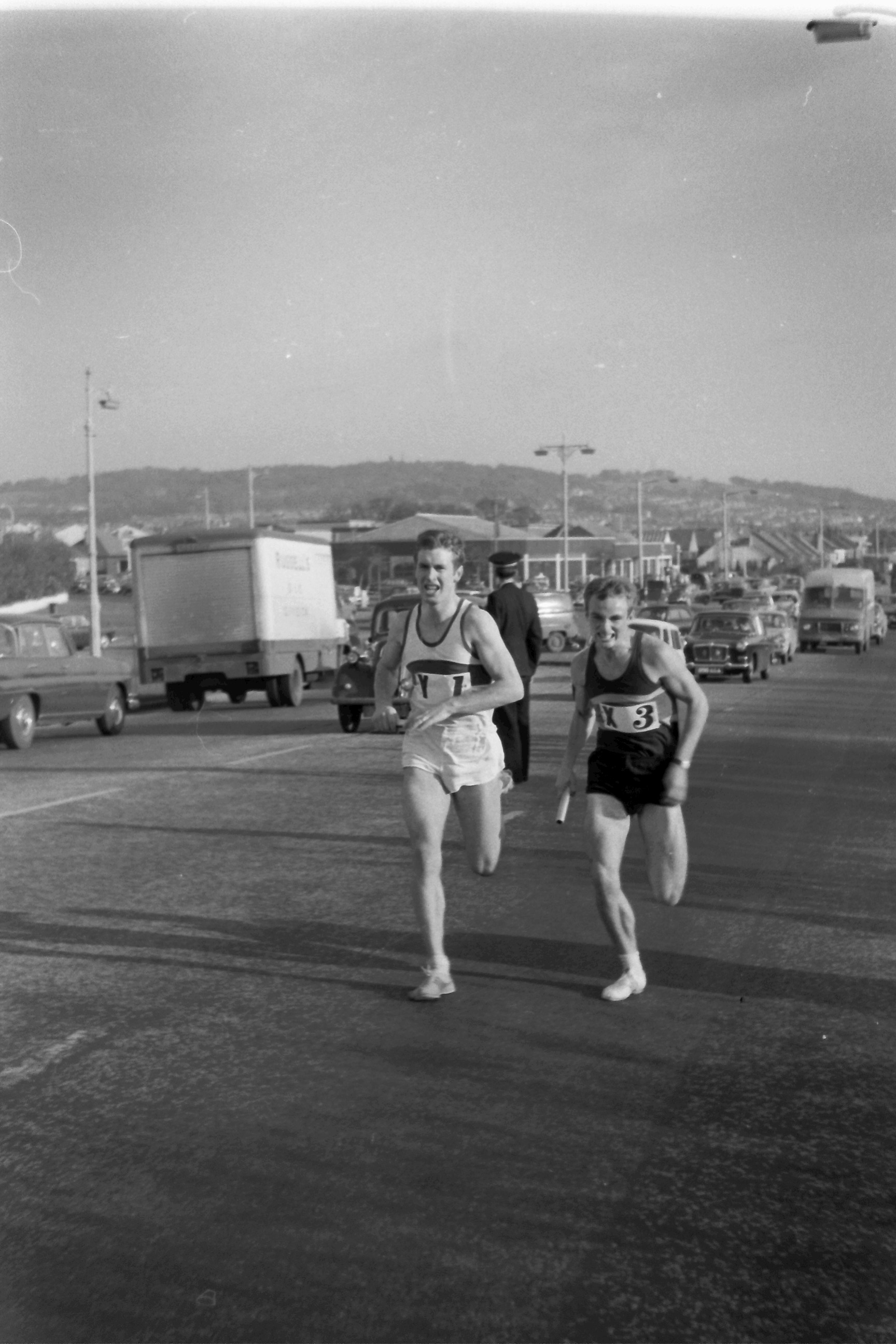 J Raeburn of Teviotdale Harriers and I Mitchell of Strathclyde University 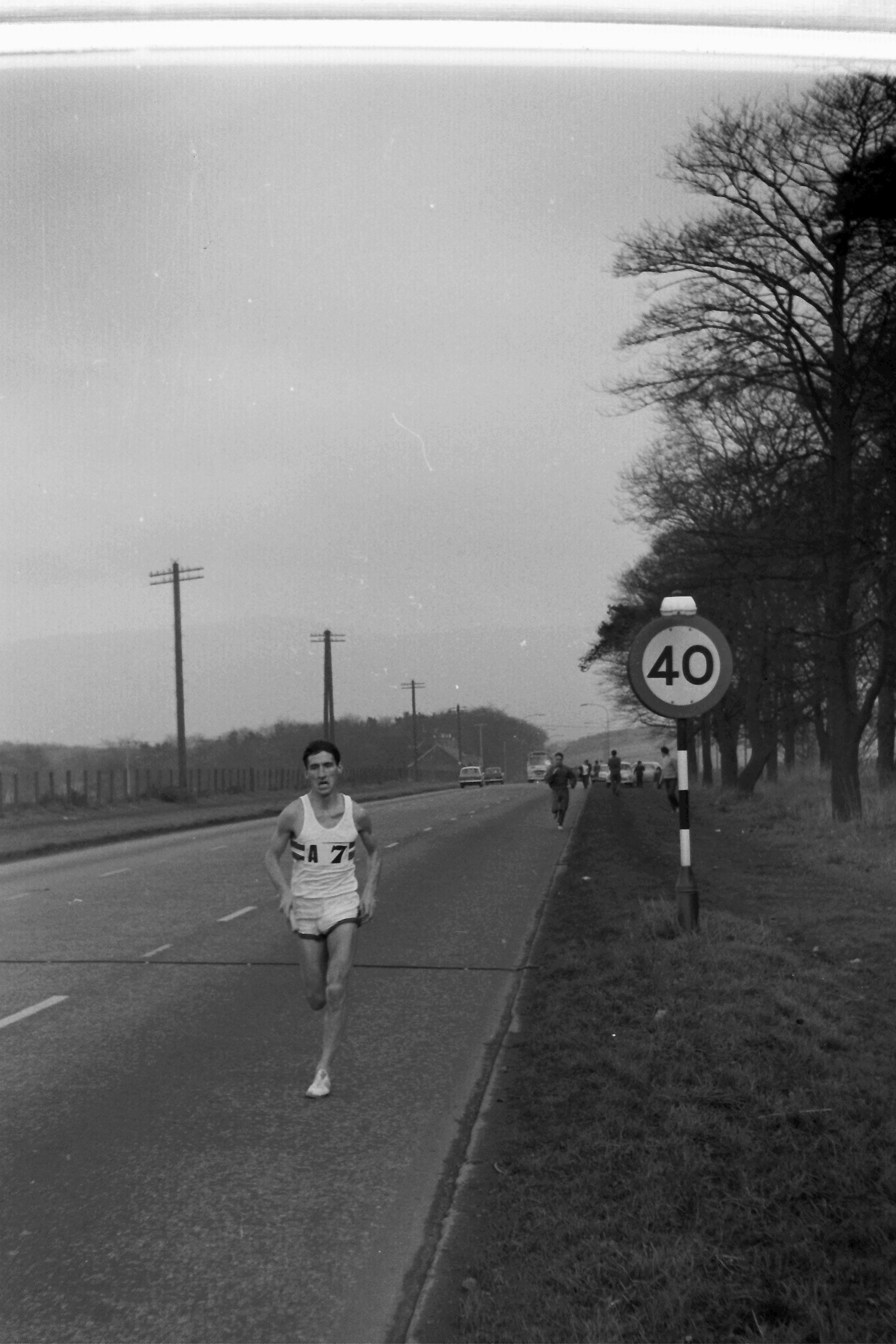 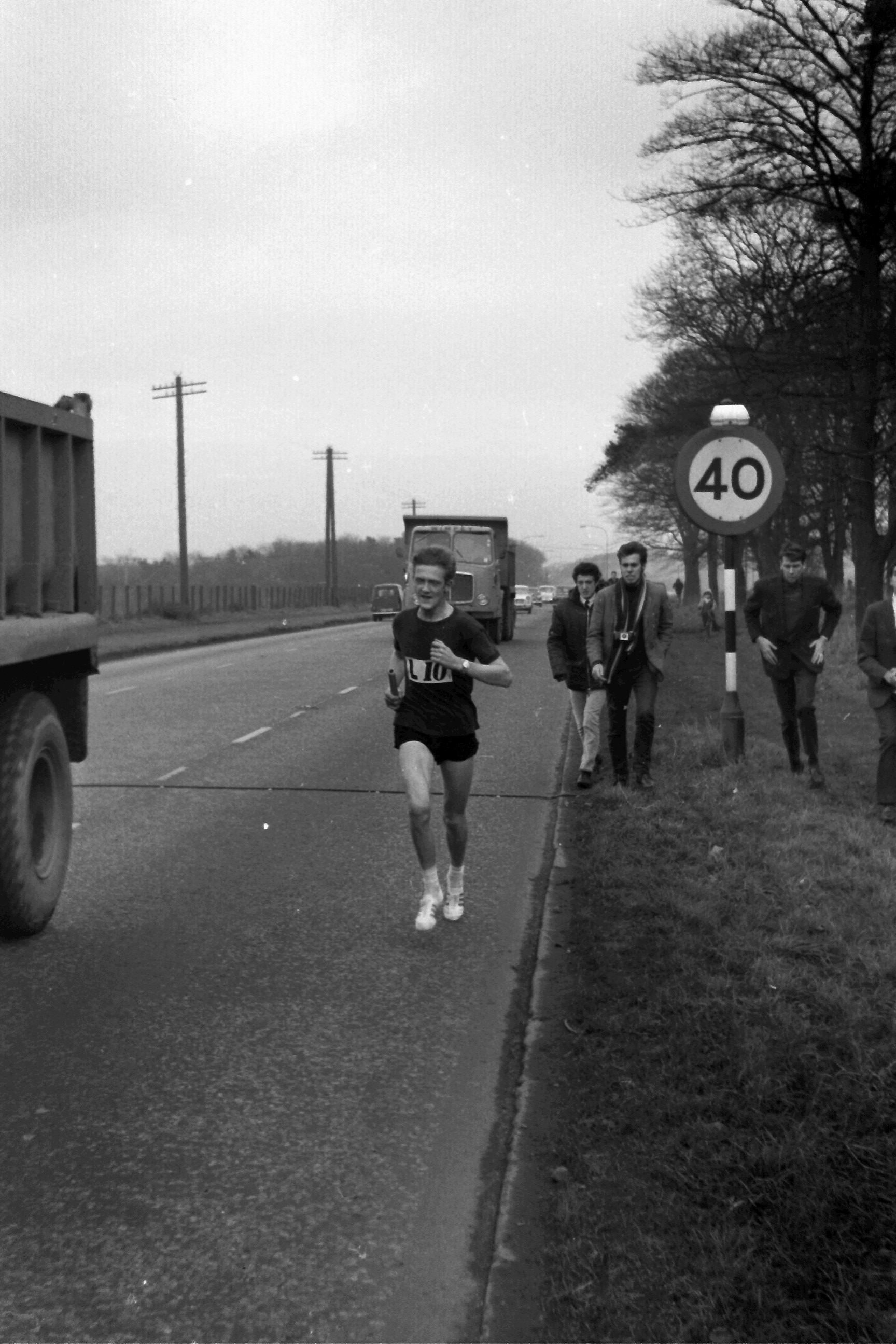 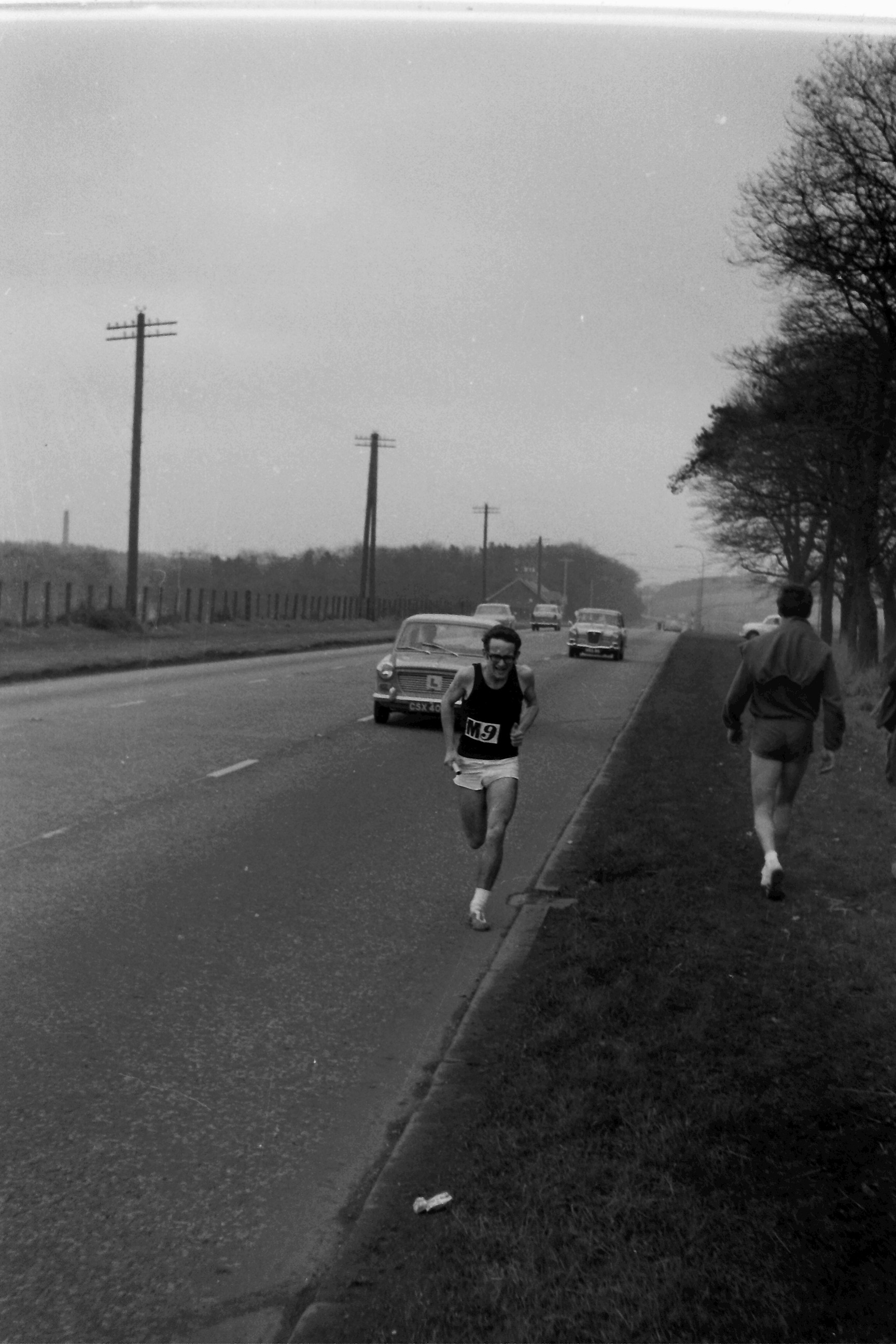 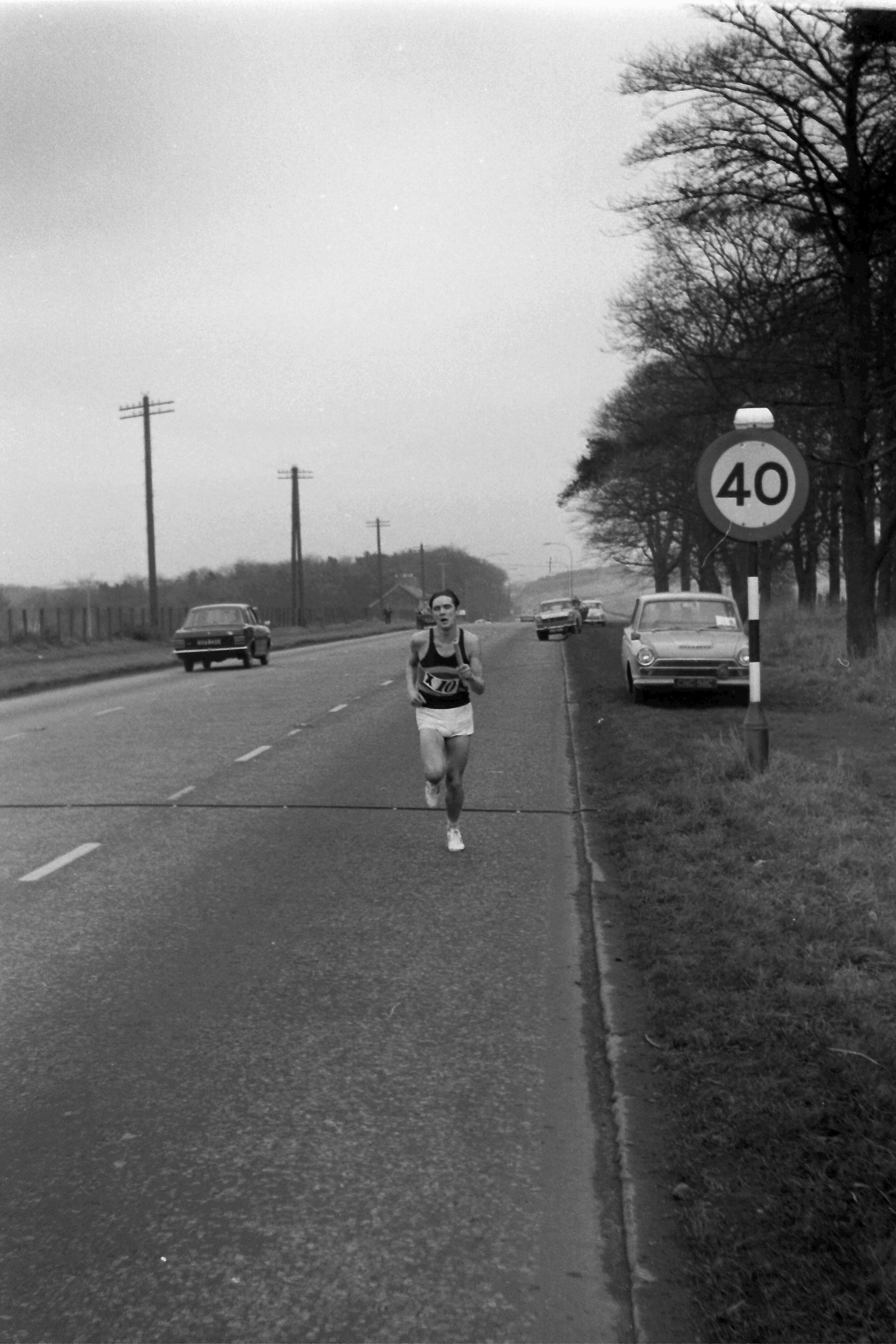 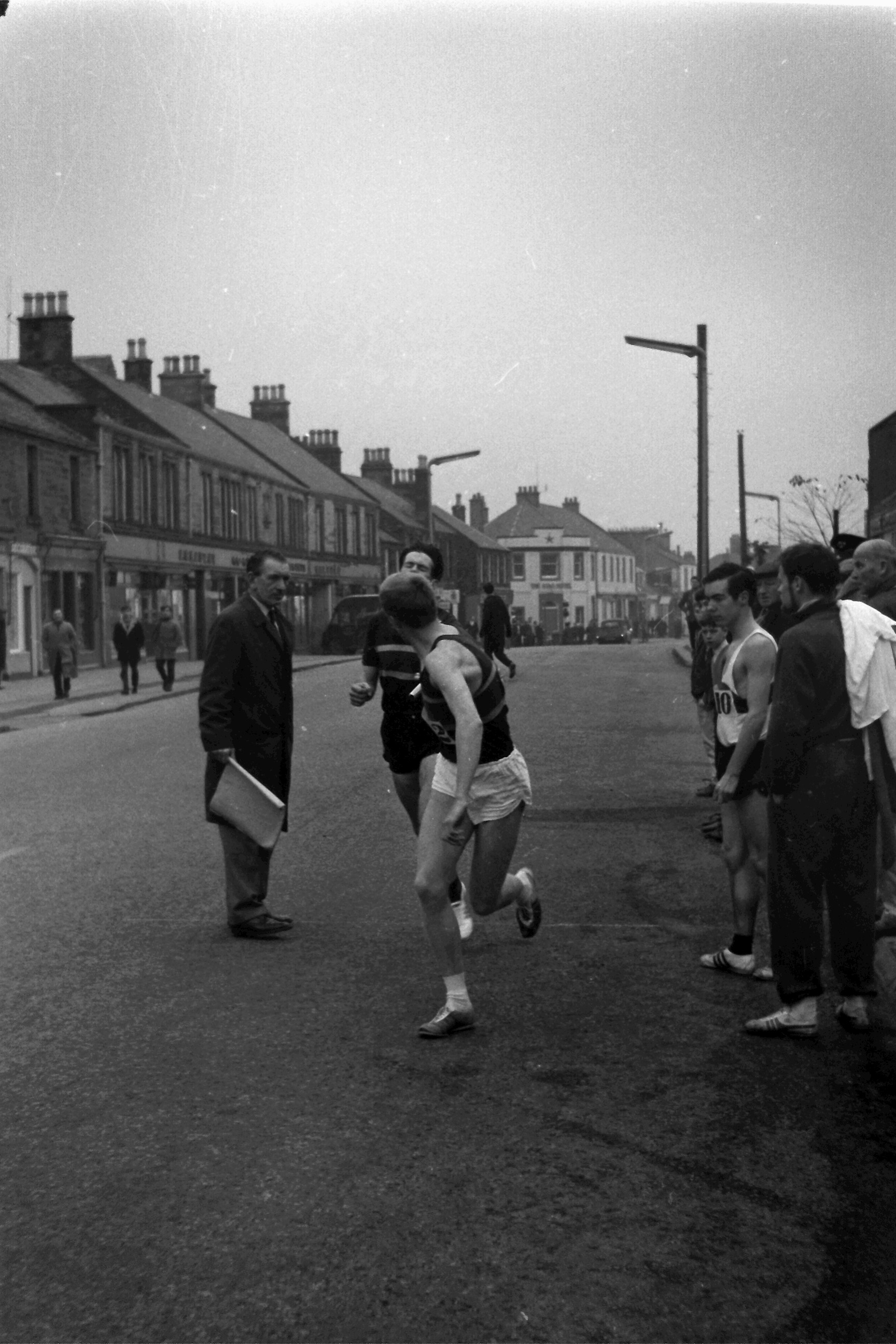 McFarquhar to McIver for Strathclyde University 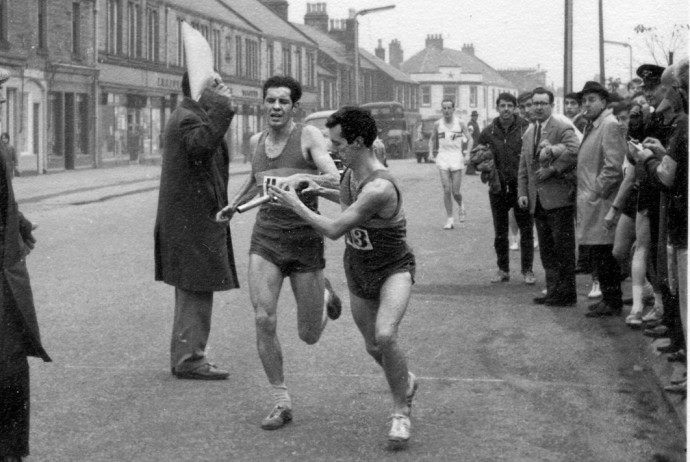 Scally to Meneely for Shettleston Harriers 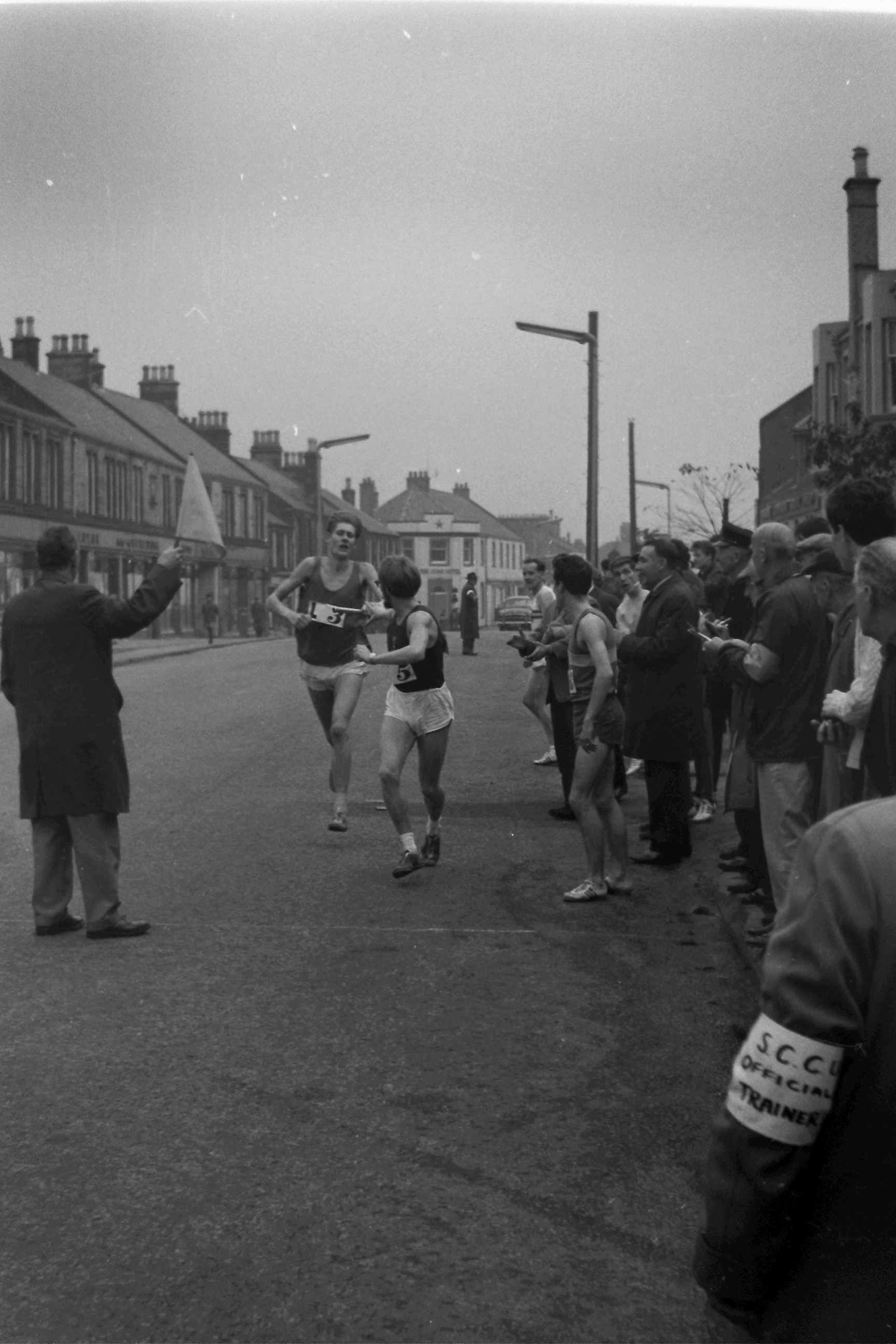 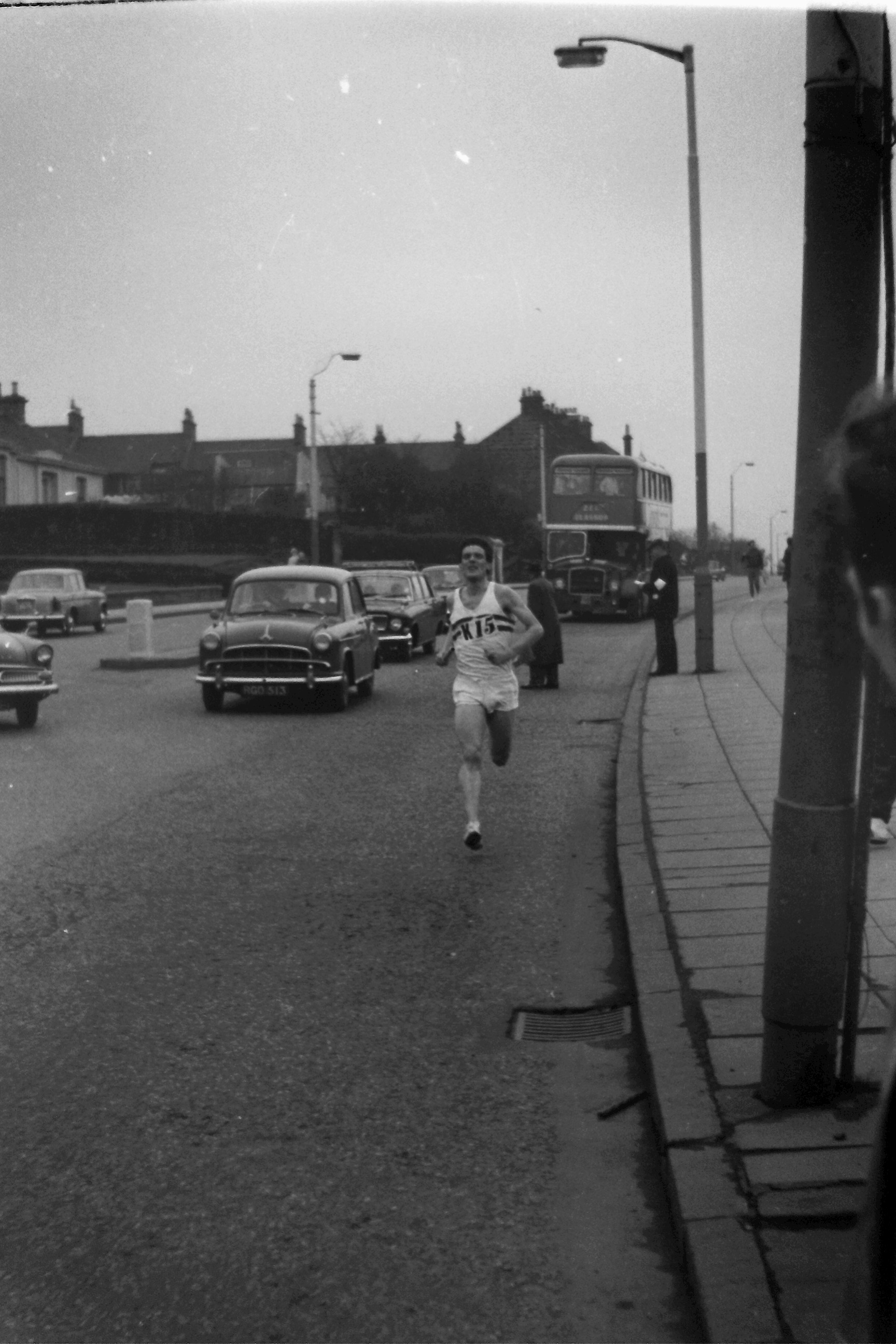 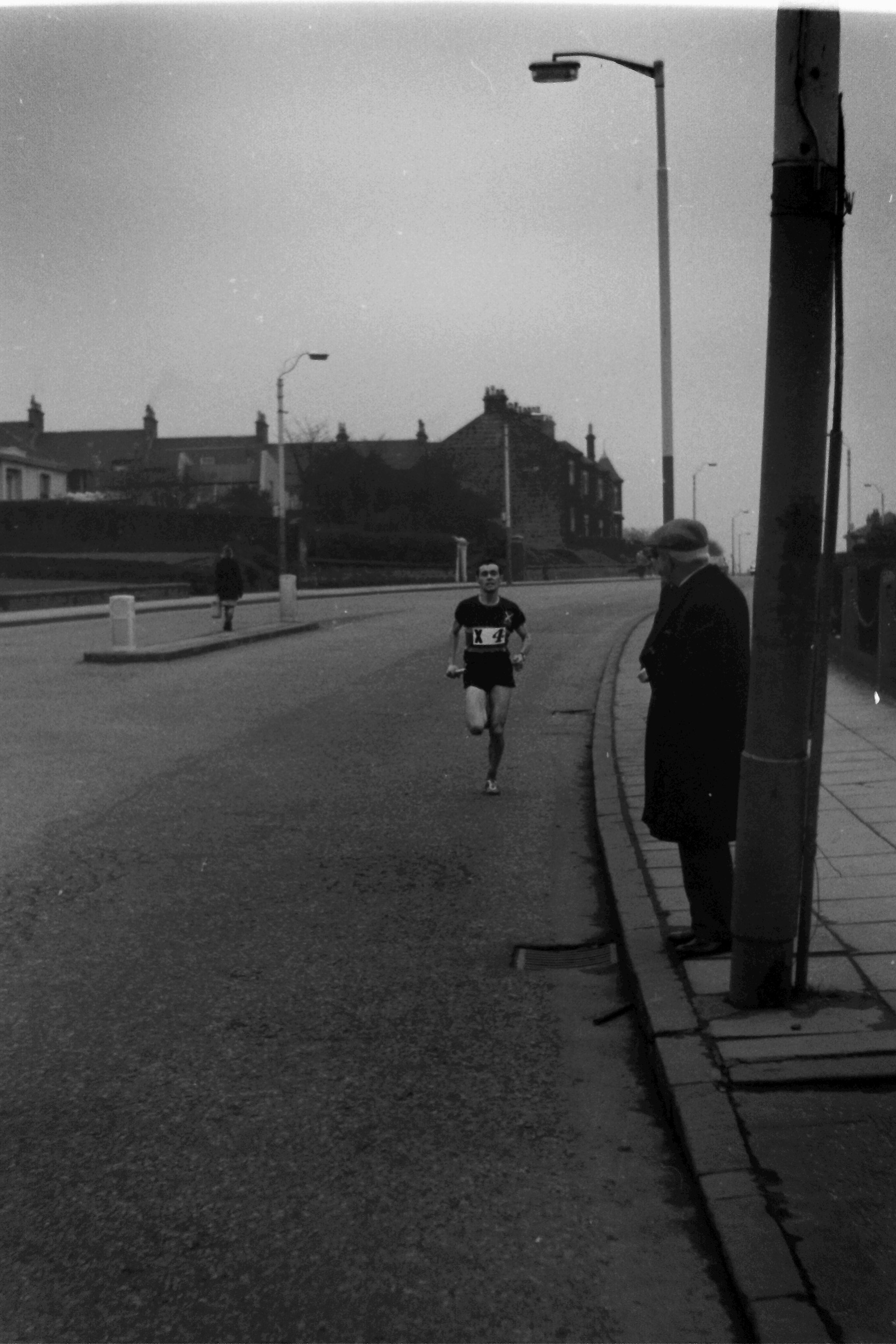 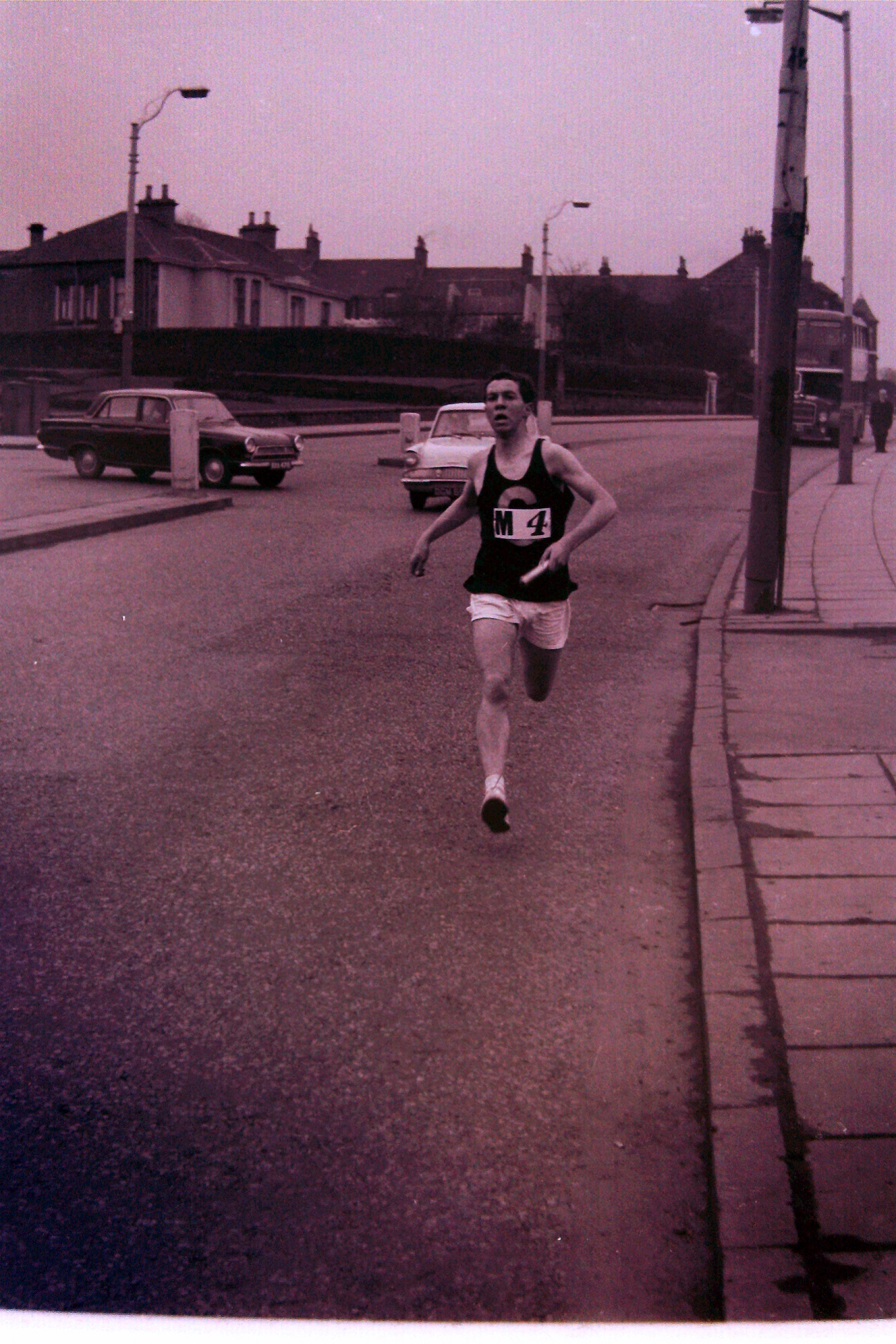 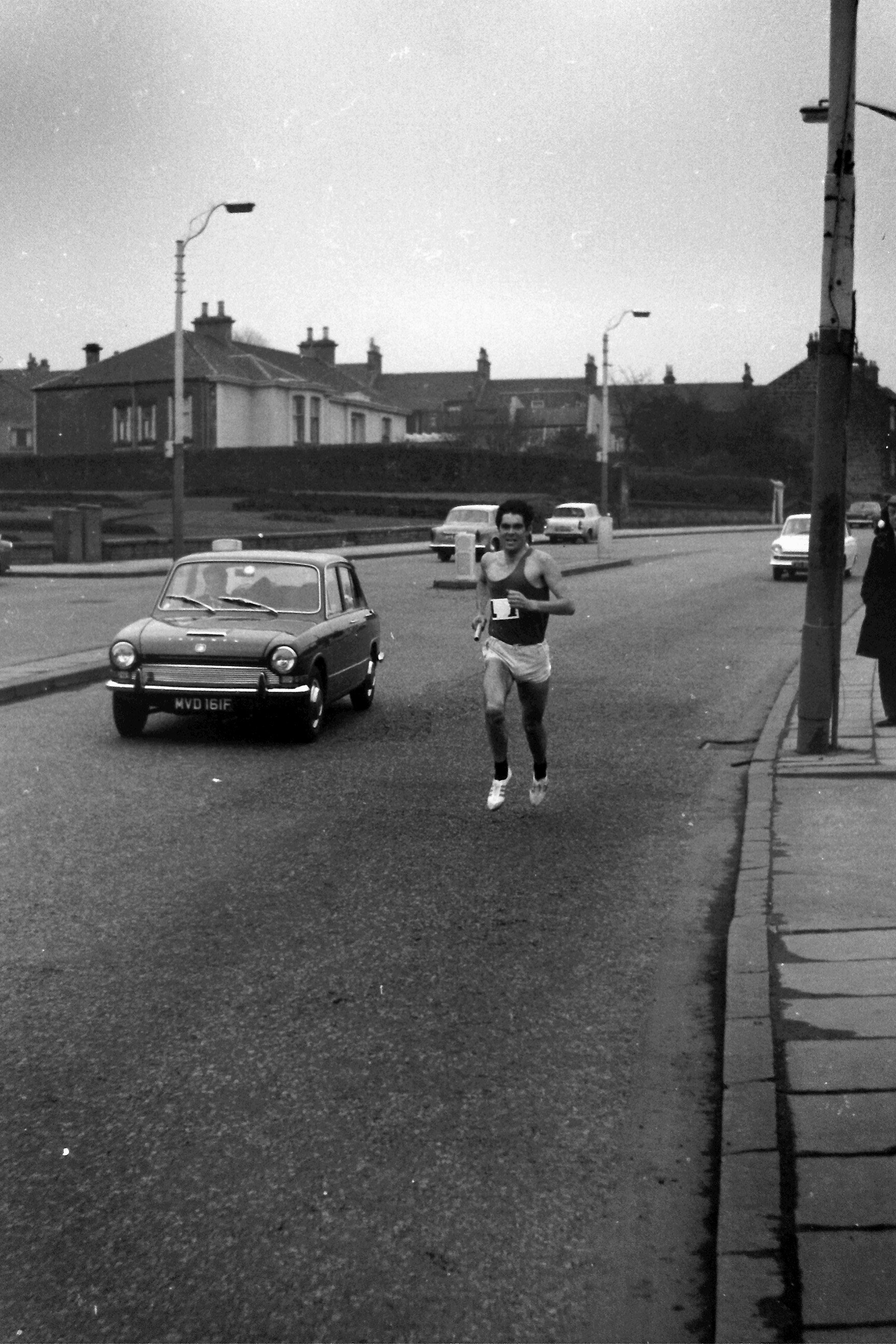 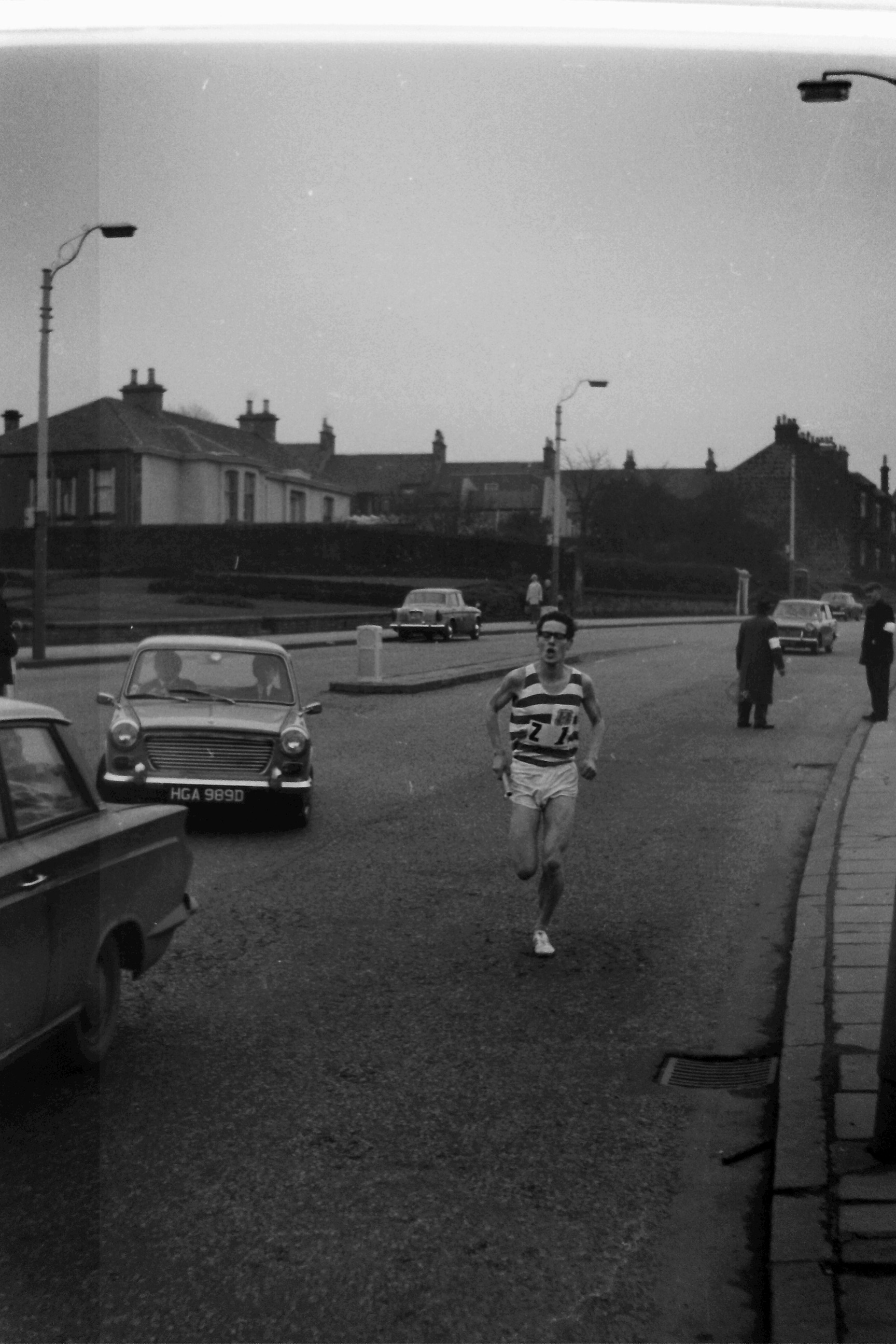 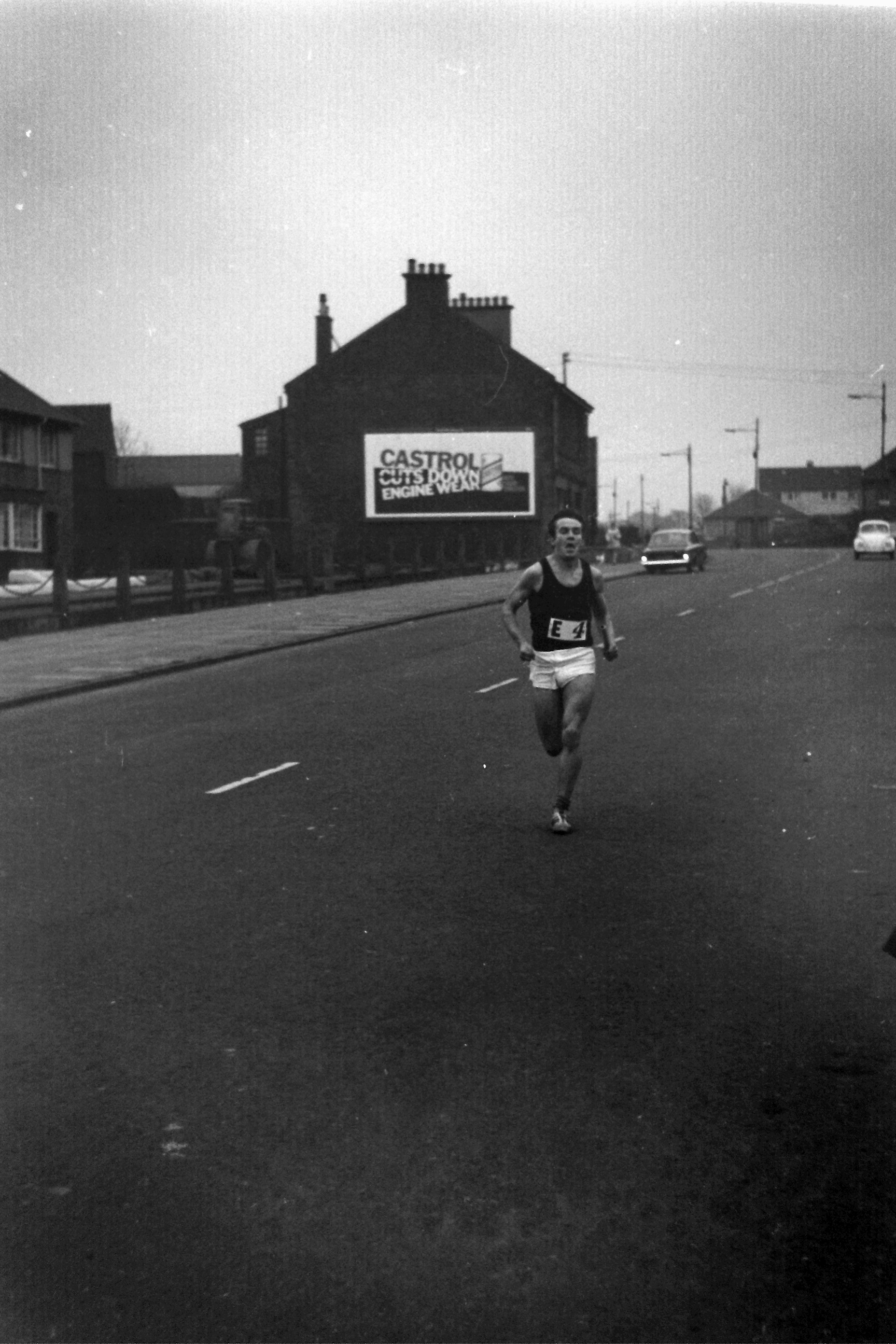 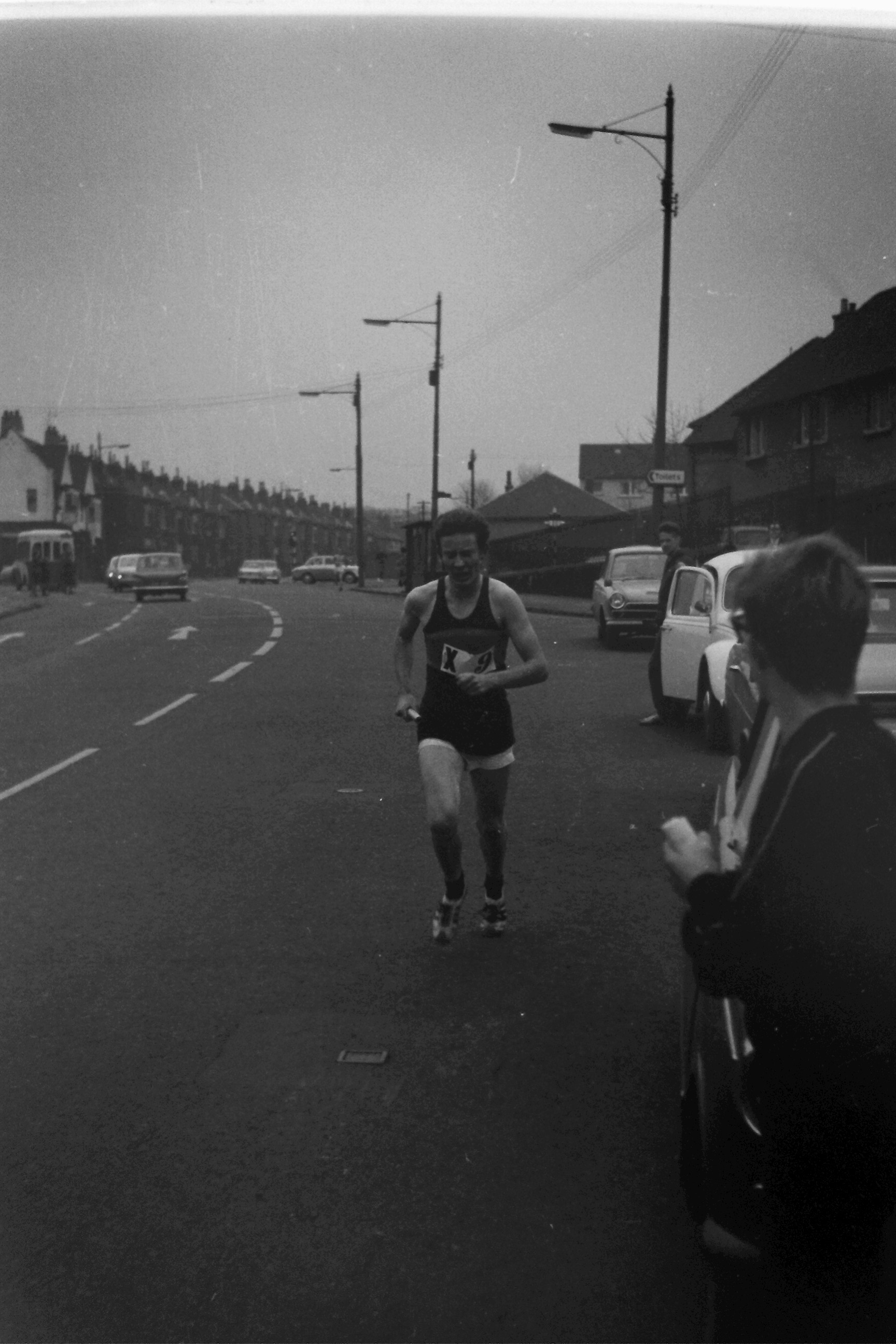 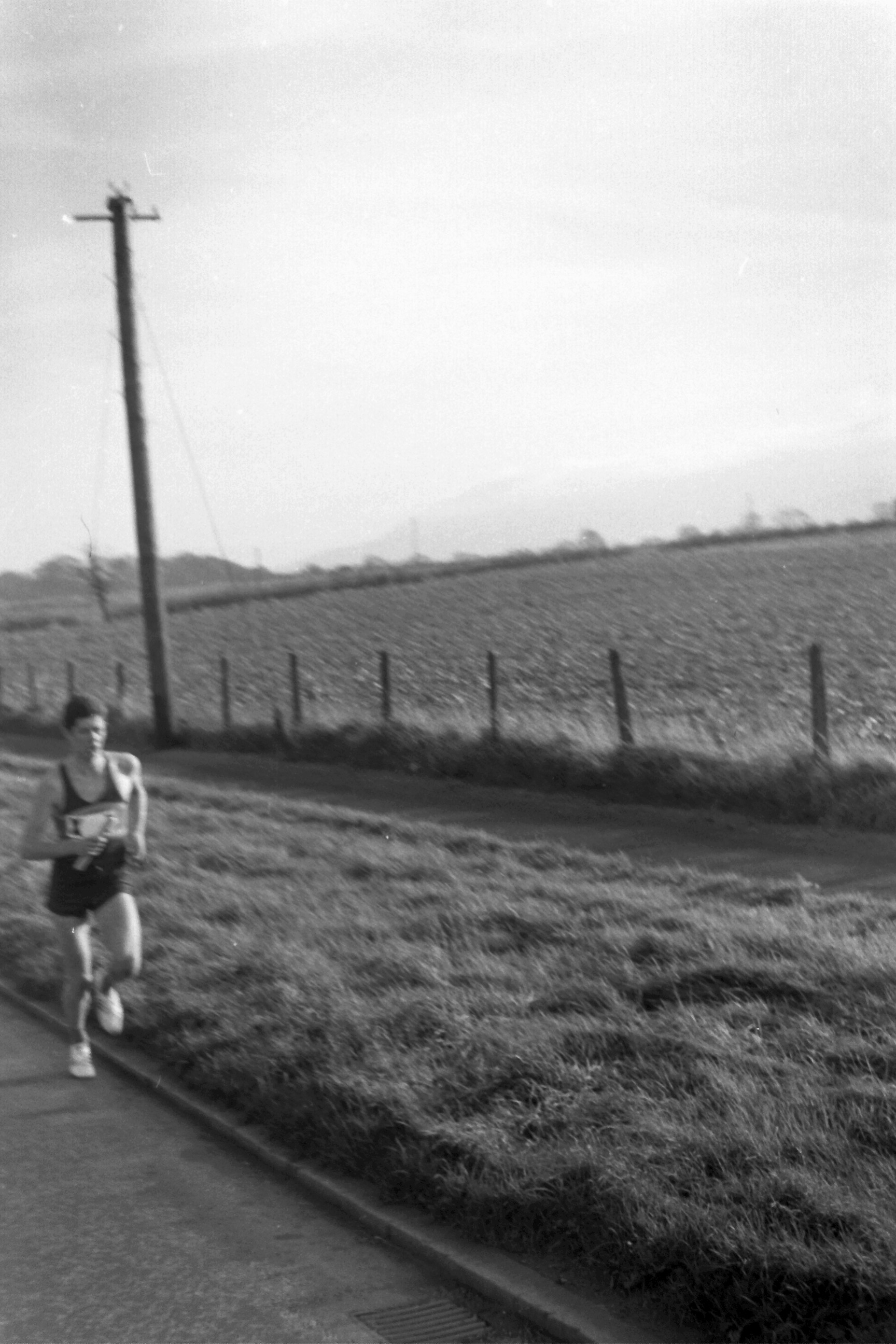 X the unknown but I think it’s John Myatt, Strathclyde University, on the 7th leg.