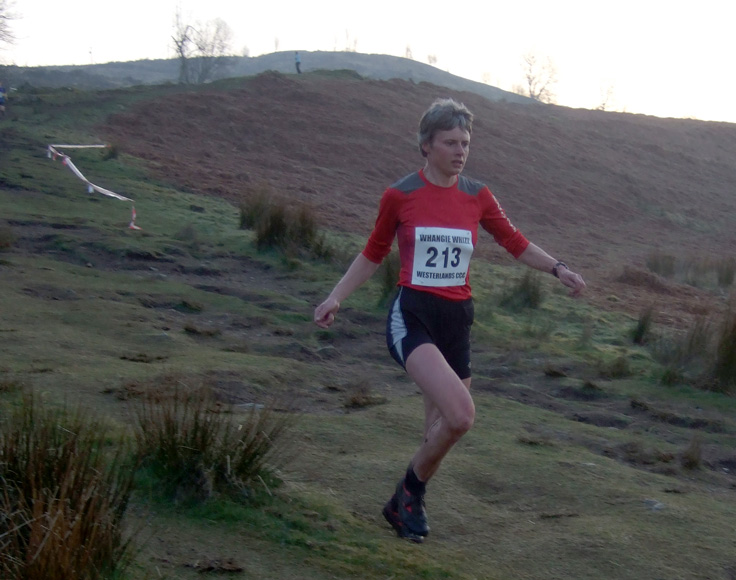 Doug Gillon is a superb journalist who passes on a lot of information in every piece he writes but mixes it in with illuminating comment and a degree of insight which is all too often missing from our sports pages.  In an article in ‘The Herald’ of Friday, 23rd September 2005 he wrote an excellent article about one of our greatest endurance athletes – Angela Mudge – which I will reproduce in its entirety here.    He wrote:

Hill-running is an under-estimated discipline.   As befits its rigours, competitors take life and hazards in their stride.   Mudge has spent two months during the past year on crutches after radical surgery to correct a serious knee problem that already had her considering alternative sports.   “I’d worn away all my knee cartilage – more to do with my running style than with the sport itself,” she said.   “I was running on the bare bone of my femur, so the surgeon drilled a lot of holes, which stimulates scar tissue and I could run again.   My knee was more painful afterwards than before, I

was prepared for that, but was allowed to run for only 10 minutes even months after the operation.   I deliberately did not ask about the success or failure rate in order to keep a positive frame of mind.   It was only six months later that a physiotherapist told me that there were lots of people for whom the operation did not work.   Taking rehab slowly has been the key to success, although I had plantar fasciitis which put me out of action again from the end of May to the beginning of July this year.”   Since then she has recovered dramatically training for five weeks and racing four times in Switzerland.

Whatever the outcome, there is no end in sight.   “I can’t see myself doing World and European championships for many years more”, she says, “but I’ve missed a lot of races through doing championships.   I’ll continue until my body falls apart.   With any luck I’ll still be doing women’s 65+ races in 30 years.”

Angela Mudge (Carnethy HRC and Scotland) won the Snowdon Mountain International in 1998 and 2000. Between 1999 and 2000, she ran three times for Scotland on cross country.

When researching this article we were advised to look at the Wikipedia article on Angela Mudge – and it was all there!   Her entire career up to and including 2008 when she won the Ben Nevis race and the Sky Race in Switzerland with three seconds in Switzerland, Italy and the WMRA Championships.   They have done a very good job and those interested in Angela Mudge as an outstanding hill-runner should look it up at:http://en.wikipedia.org/wiki/Angela_Mudge

That will give the whole story of the wonderful career of Angela Mudge, who has now been inducted into the Scottish Athletics Hall of Fame. 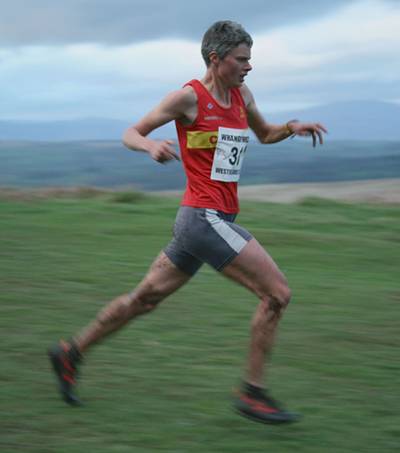 But Angie is only one – albeit arguably the most successful – of the many women of all ages and standards running in the hills.   No, some run but most of them race in the hills.   Racing against opponents, racing against the stopwatch.   They are unified by their love of travelling and running in the wonderful Scottish Highlands.   You only have to look at some of the venues – eg Torridon, the Ben at one extreme, the challenging Bens of Jura and the rest to understand that feeling of being at one with the country.  Two of her contemporaries on the hills are Sonia Armitage and Sue Ridley.