Andy Butchart is a world-class Scottish athlete whose career continues to be successful. At present, he has a very good chance of racing at the 2021 Olympic Games in Japan. Below are a number of his achievements so far. 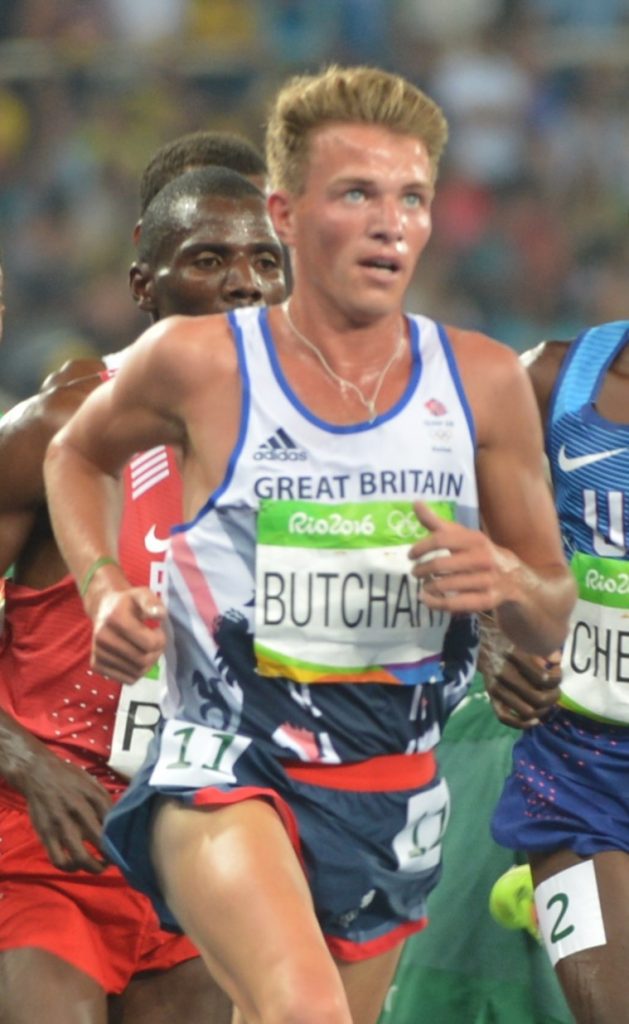 “Andrew Butchart (born 14th October 1991) is a British runner who competed in the 5000m event at the 2016 Summer Olympics. He is the current Scottish record holder in the 3000m and 5000m events. Butchart lived in Dunblane, the same town as Andy and Jamie Murray.

He trained at with the Central Athletic Club in Stirling. At the age of 16, Butchart came third in the Scottish Schools cross-country championships. He won the 2014 Age UK Leeds Abbey Dash. Butchart won his first professional race in the 5000m at the 2015 Scottish Athletics Championships; he also finished second in the 1500m. In June 2015, he was selected for the European 10,000m Cup, despite having never previously run this event on the track. He also finished third in the 3000m at the European Team Championships in Moscow. In November 2015, he won the Scottish Short Course cross-country championships.

Butchart became a full-time athlete at the beginning of 2016, leaving a fitness coaching job based at Gleneagles Hotel. In February 2016, he won the Scottish National cross-country championships; and in May, he broke Nat Muir’s Scottish record in the 5000m. Butchart’s time was 13.13.30, four seconds faster than Muir’s record, which had stood for 36 years. Butchart ran the last lap with only one shoe. In June 2016, he broke the Scottish 3000m record at the IAAF Diamond League meeting in Birmingham. Butchart recorded a time of 7.45.00, less than a second quicker than John Robson’s record from 1984. Later in the month, he won the 5000m at the British Championships and qualified for the 5000m event at the 2016 Summer Olympics.

Andy Murray, Jamie Murray and Andy Butchart – all from Dunblane – qualified for those Olympic Games. Butchart qualified for the 5000m Olympic final, after finishing fifth in his heat in a time of 13.20.08; and finished sixth in the final, recording a personal best of 13.08.61. In 2016, he also won the London 10,000m race.

Butchart won a bronze medal at the 2017 European cross-country championships. He was scheduled to compete at the 2018 Commonwealth Games in Gold Coast, Australia, but had to withdraw due to a broken foot. Butchart led the British team in the 2019 European cross-country championships, finishing fifth. He qualified for the 5000m final at the World Athletics Championships. In March 2021, he reached the final of the 3000m at the European Athletics Indoor Championships held in Torun, Poland.”

Andy Butchart won gold in 2015; and also in 2016, when he led Central to the team title. In 2020, Andy and Central won individual and team titles again.