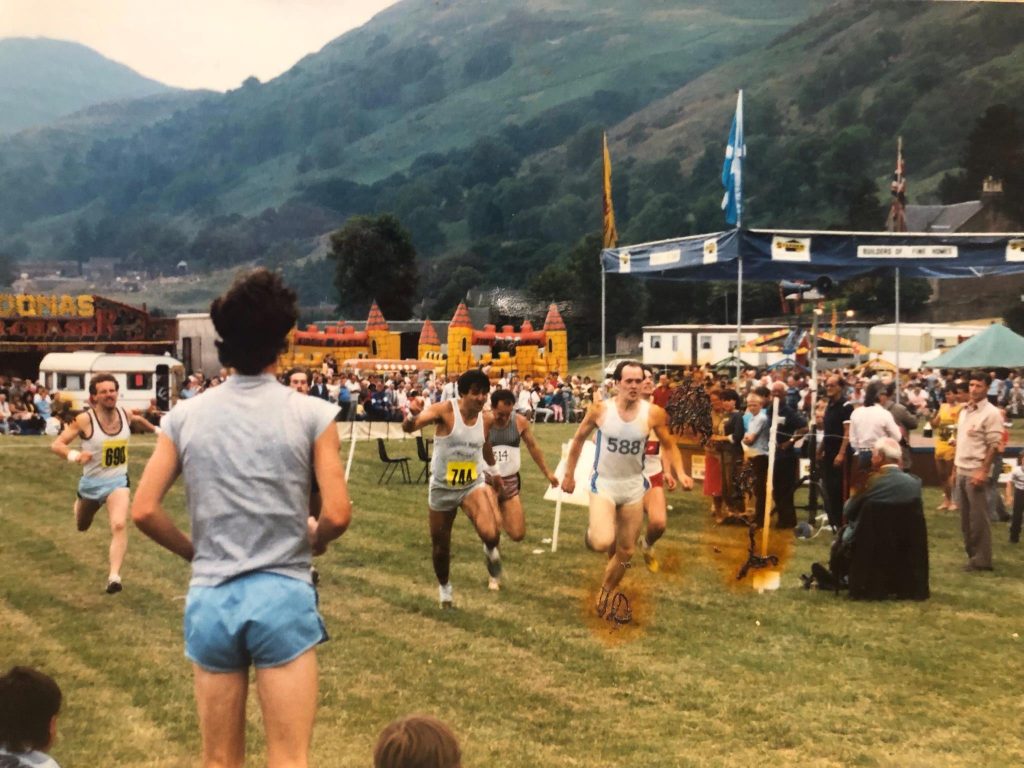 Alva Games is one of the more popular Games on the circuit: in a beautiful setting below the picturesque Ochil Hills it has been, and still is, well supported by the best of contemporary athletes.   Founded in 1843, their history is noted on their website and tells us that

“And Gymnastic games they remained until well into the second half of the twentieth century but by this time the games had developed into something much more like what you will be watching today. Traditional events such as running were and are still a major component of what is on offer at the games. It was at Alva in 1871 that the first highland games cycling took place. An old Scots favourite, quoiting, used to feature in the programmebut has now disappeared as, sadly, have wrestling, light field events such as high jump and pole vault and the former finale event of pony trotting. A more health and safety conscious society combined with the reduction in the size of the arena after the building of the extension to the former Alva Academy, also now lost to the developers wrecking ball, meant that pony trotting was deemed to be impractical and potentially unsafe. Their memory lingers on. With their passing, other events came to take their place. A full range of highland dancing, the full programme of heavy strength events, races for children, youths and visitors and, of course, the hill races. Although there are now four age-restricted competitions the hill race, originally known just as the Endurance Race, has always captivated the runners and the audience alike. It is a unique event with almost every inch of the race from starting pistol to finishing line being visible to the crowds in the arena.

For well over 130 years, the ring at Alva has been surrounded by the attractions of the travelling fair now organised by the members of the Scottish Section of the Showmen’s Guild of Great Britain. Their continuing presence has ensured that the compact atmosphere of the arena is assured helping to build the feeling of anticipation and excitement as the events of the day unfold. Originally, competitions were restricted to local athletes only but with the passage of time this changed until we now have open competition of the most truly international kind. Dancers from Australia, Canada and the USA are to be found here regularly. We have had heavyweight athletes from Holland, Germany, Poland, Australia, USA, Canada and Finland and the entries in our hill races have come from throughout the British Isles with overseas runners from France, Catalonia, Belgium, USA and the Czech Republic. Our Visitors’ Book tells us that the spectators are now also truly worldwide with recent visitors from across Europe, Southern Africa, North America and even from Thailand!

The games at Alva have survived at a time when many other similar gatherings locally have perished. No more will the crowds roar home the runners at Sauchie or Alloa games just a few miles south of here. Times have not always been good for Alva. The complete loss of the woollen mills and light engineering in the area not only robbed many local people of their main source of income, it also deprived the games of invaluable support in the form of sponsorship and patronage. It has been many years since the entrance fee alone was capable of sustaining the level of expense involved in running the games.” 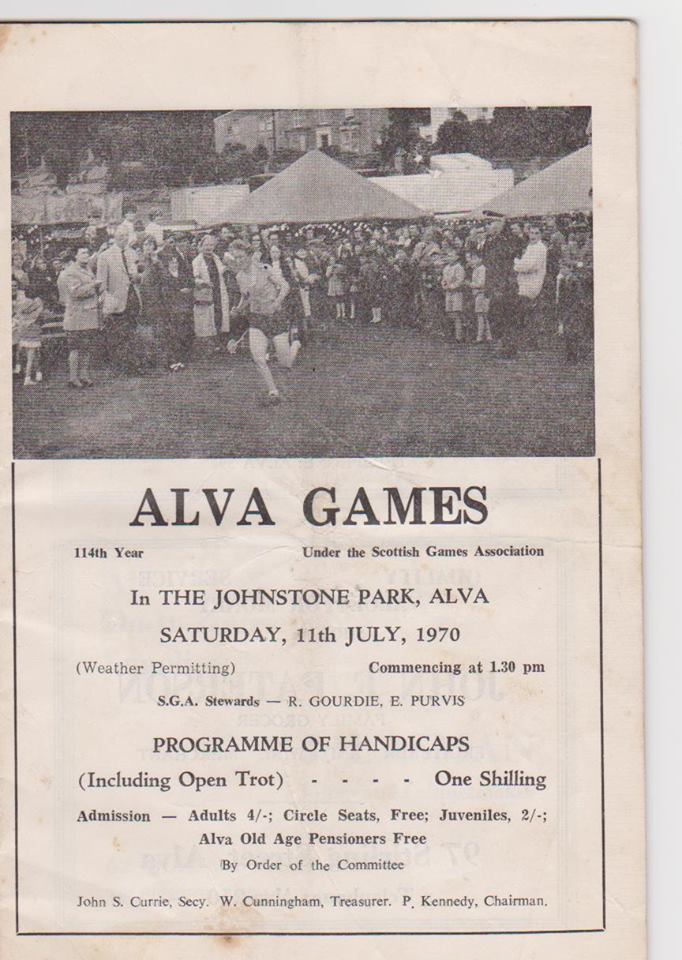 Known as The Famous Alva Games, they have adapted well to the changes in society at large and reap their rewards in the crowds who come along and the athletes who lend their talents to the occasion.