Alastair Macfarlane had a very successful career as a middle distance runner on the professional Games circuits.  Some run only in the Fife Games, others restrict themselves to the Borders and the West Highland events have their own devotees but Alastair ran in them all – from Oxton and Grasmere in the Lake District to Pitlochry in the Perthshire highlands, from Thornton in Fife to the Games at Luss – and ran well.  These are just some photographs from his collection. 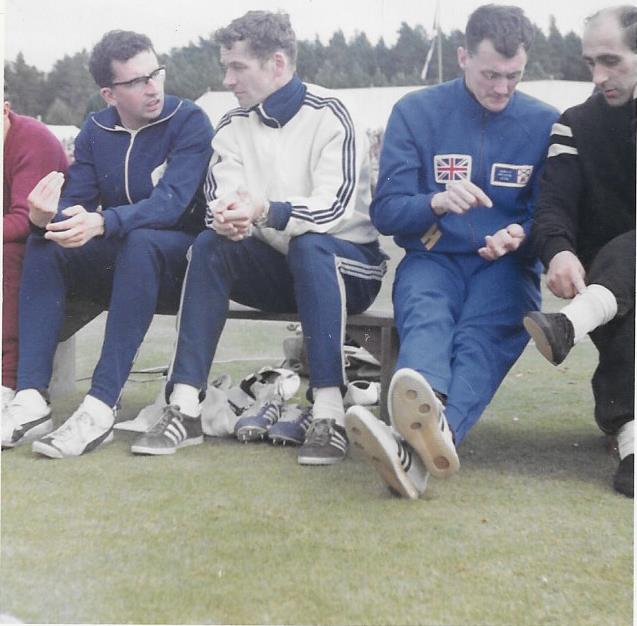 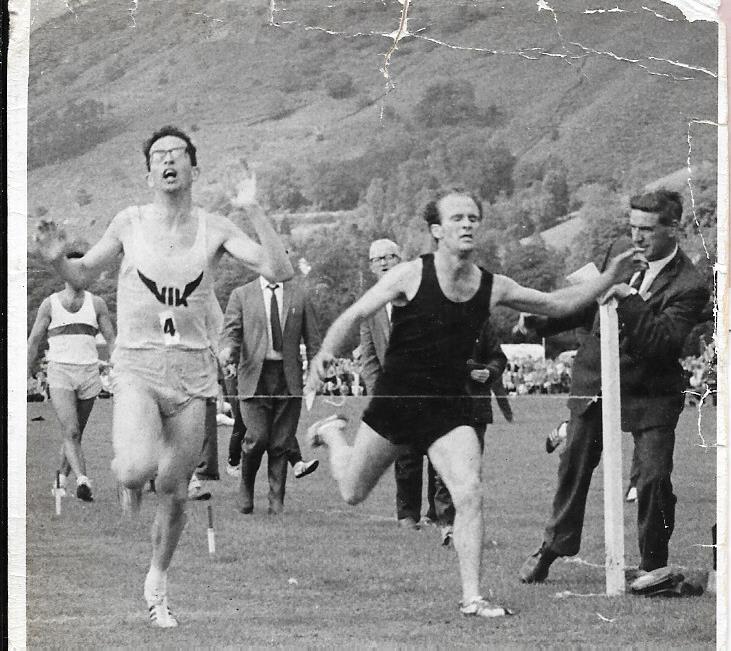 Grasmere, 1968, Finish of Mile race, won on the tape from Brian Carruthers 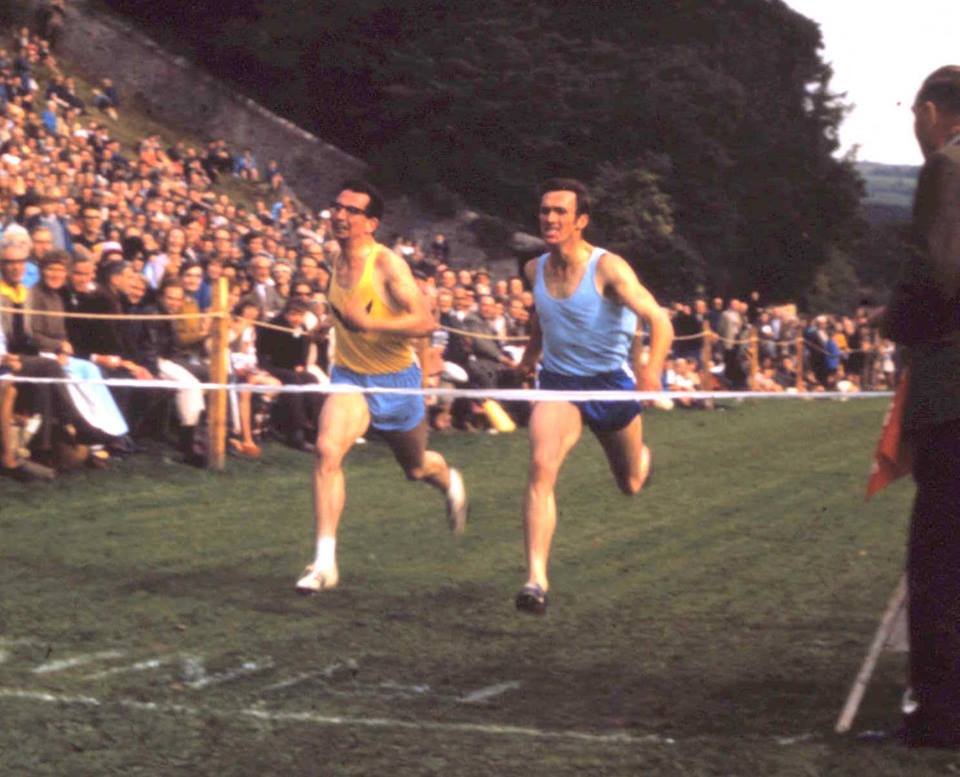 On left, winning on the line from Sandy Nelson at Pitlochry – have a look at the size of the crowd. 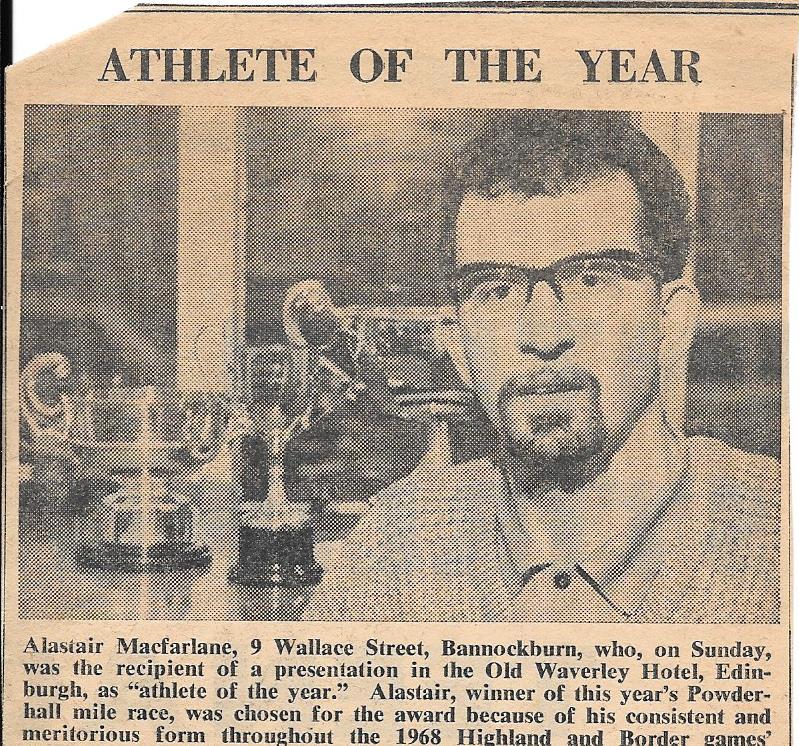 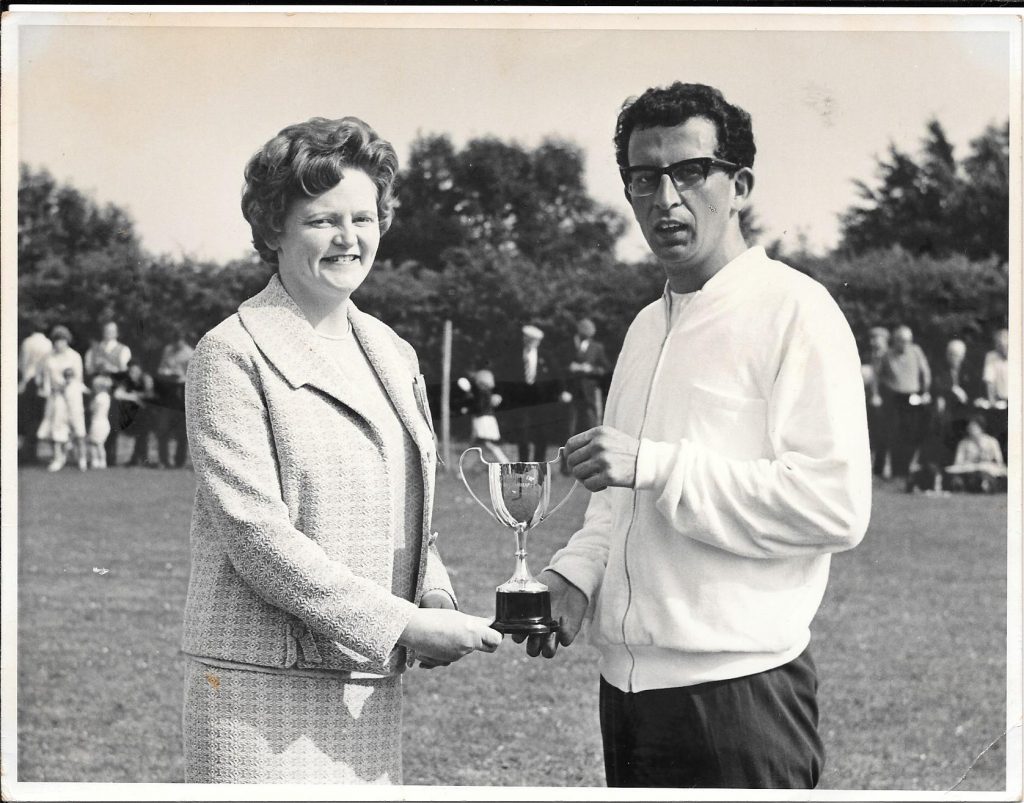 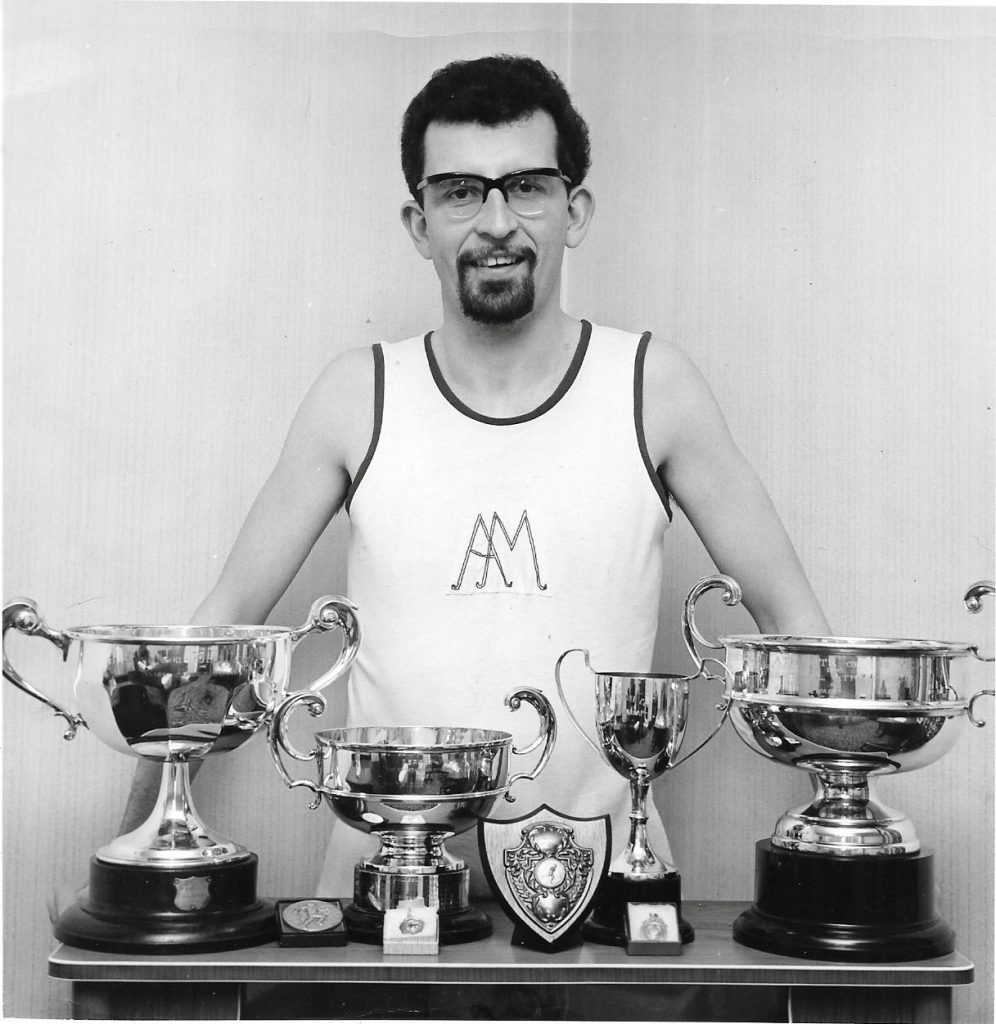 Just some of the trophies!