Most clubs at one time or another have a club magazine to record the club’s activities.   Some only hast for a few months others for many years.   Victoria Park had one which ran from 1971 to 1975, edited by Colin Young, which covered many topics of interest to club members – race reports and results, notes on committee meetings, notes from the various sections such as the Ladies Section, items of general interest and some there was some humorous comment.   They are reproduced here but note that they were typed on a typewriter (not a computer) and reproduced using a Gestetner or Roneo hand cranked printer.   It was a lot of work to produce and there were times when the print was faint because the ink was running out or for some other technical reason.  This first issue was like that but the content is interesting and it was the first so it is worth any effort required to read it. 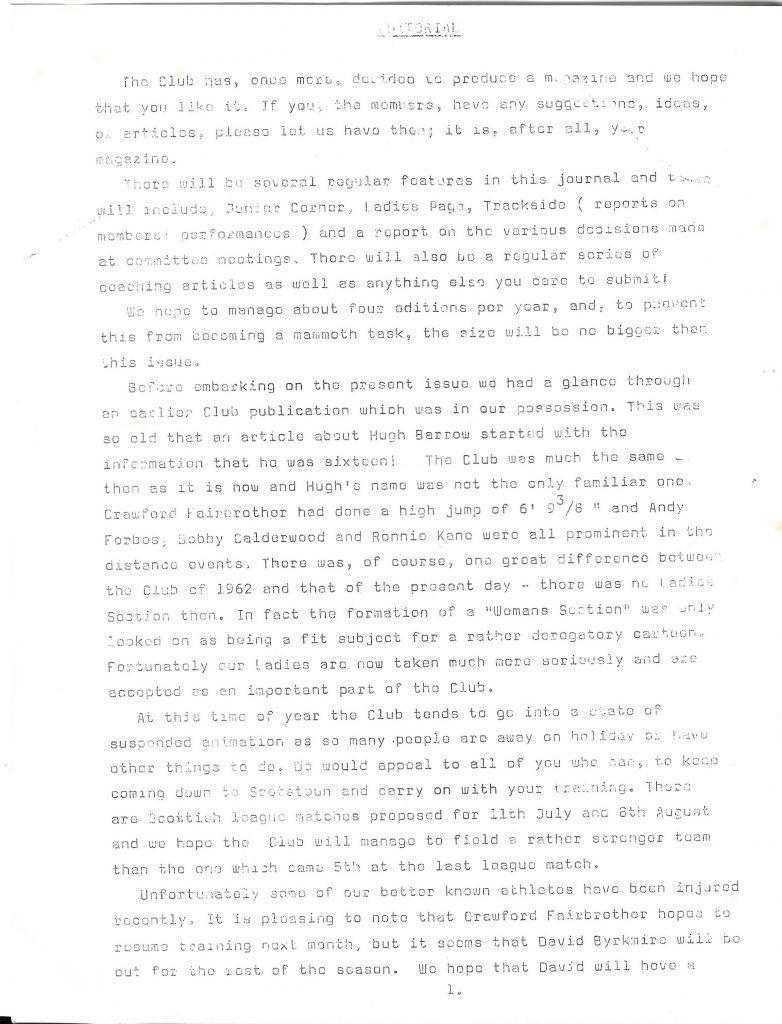 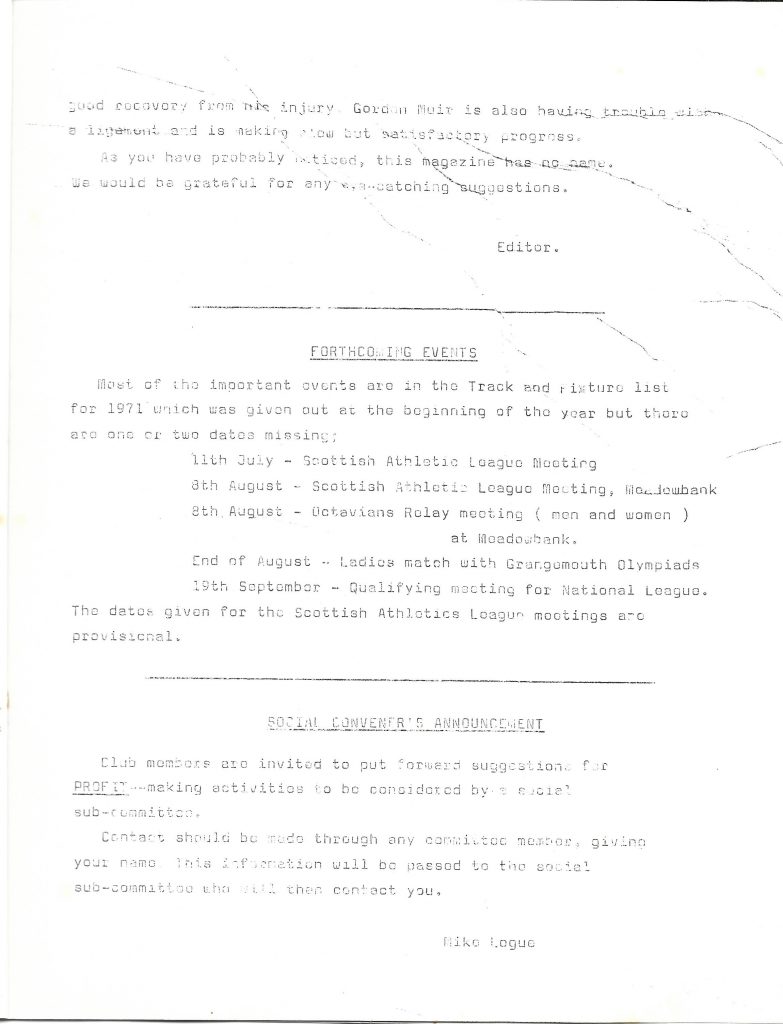 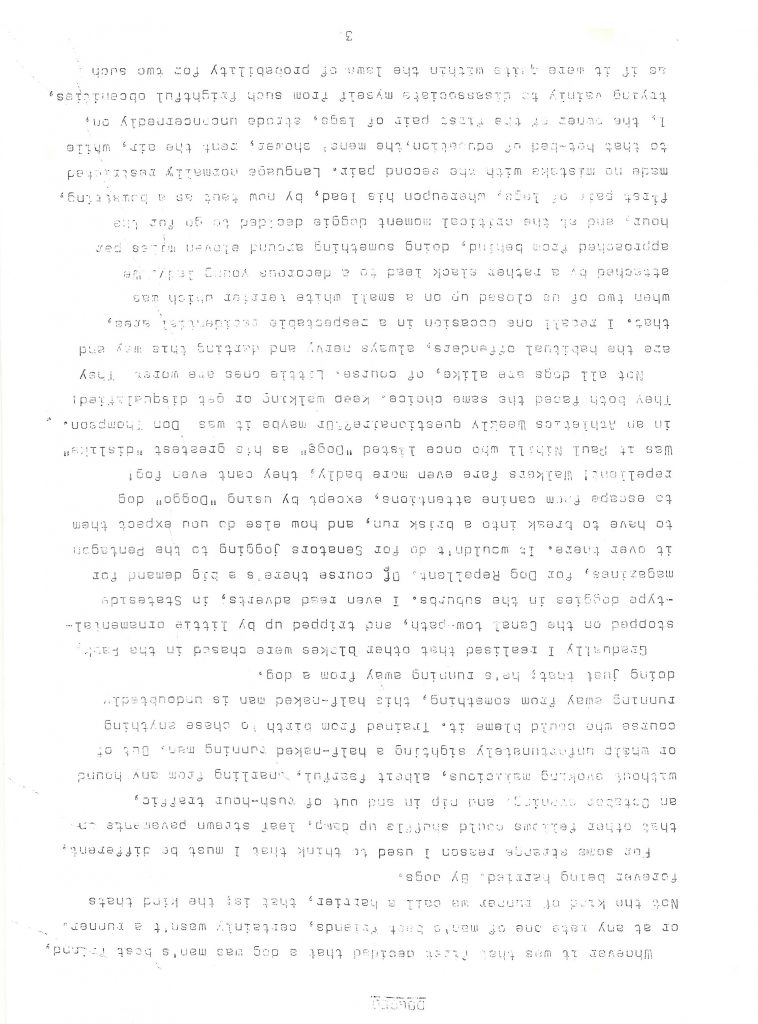 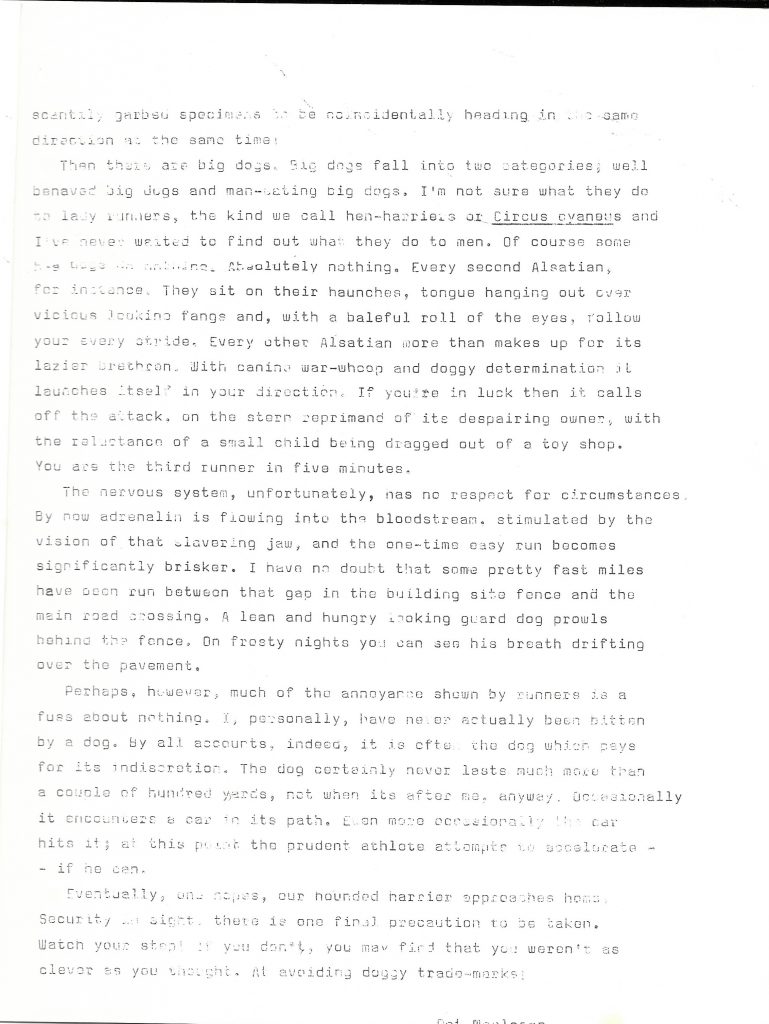 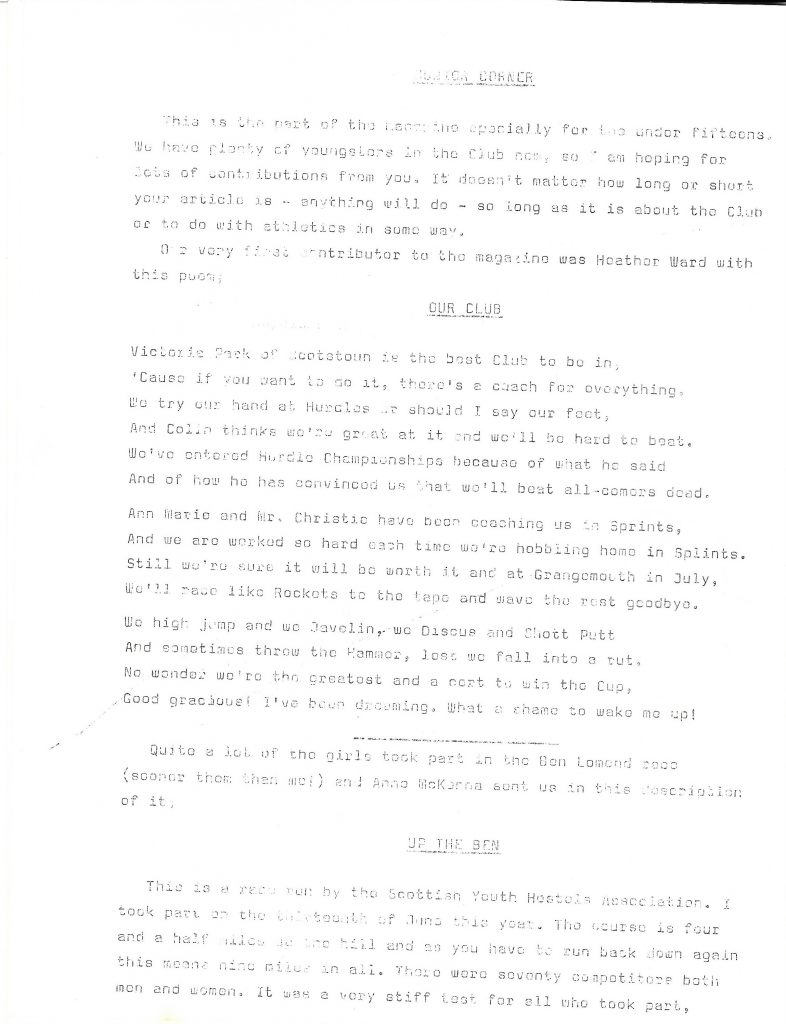 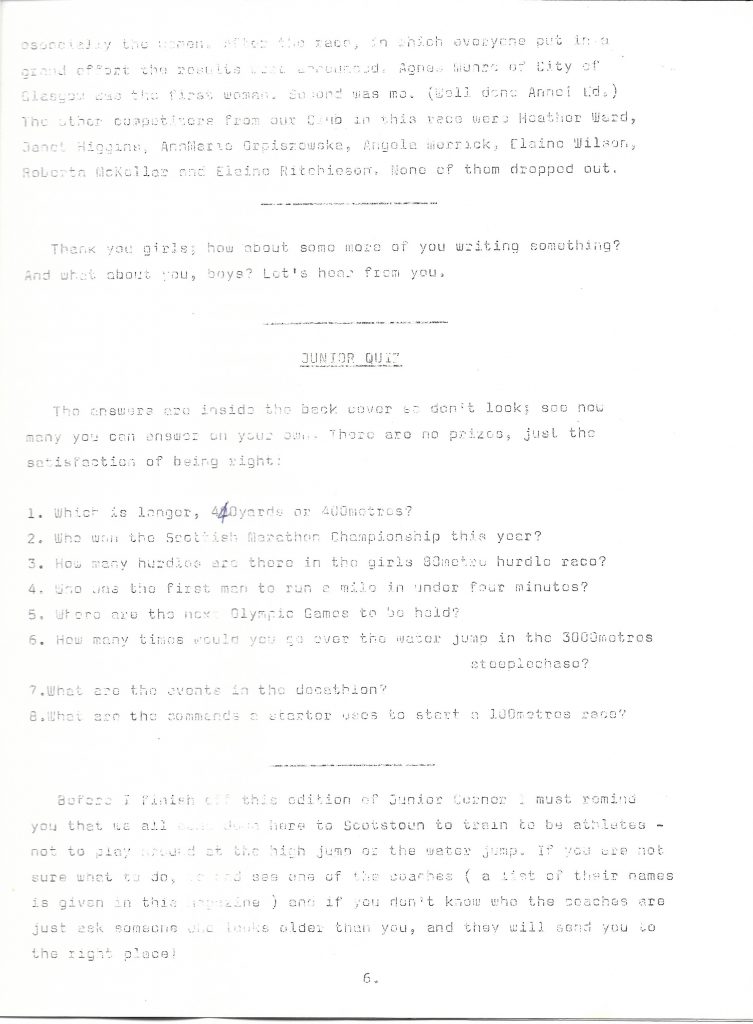 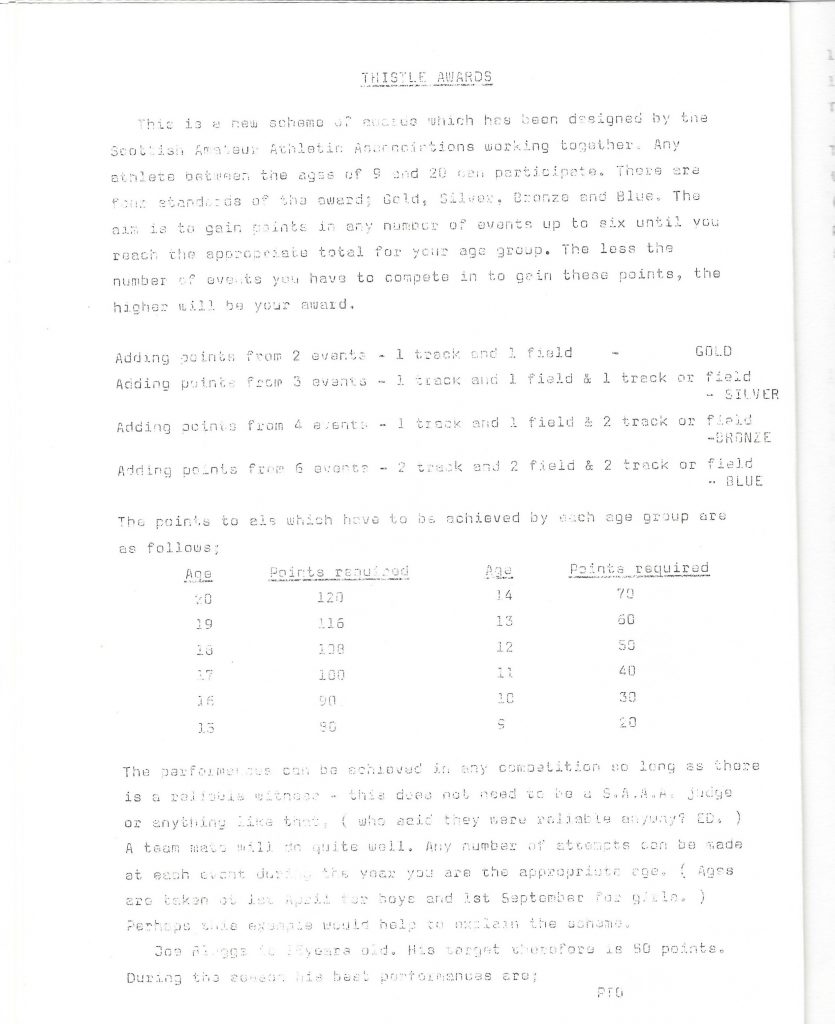 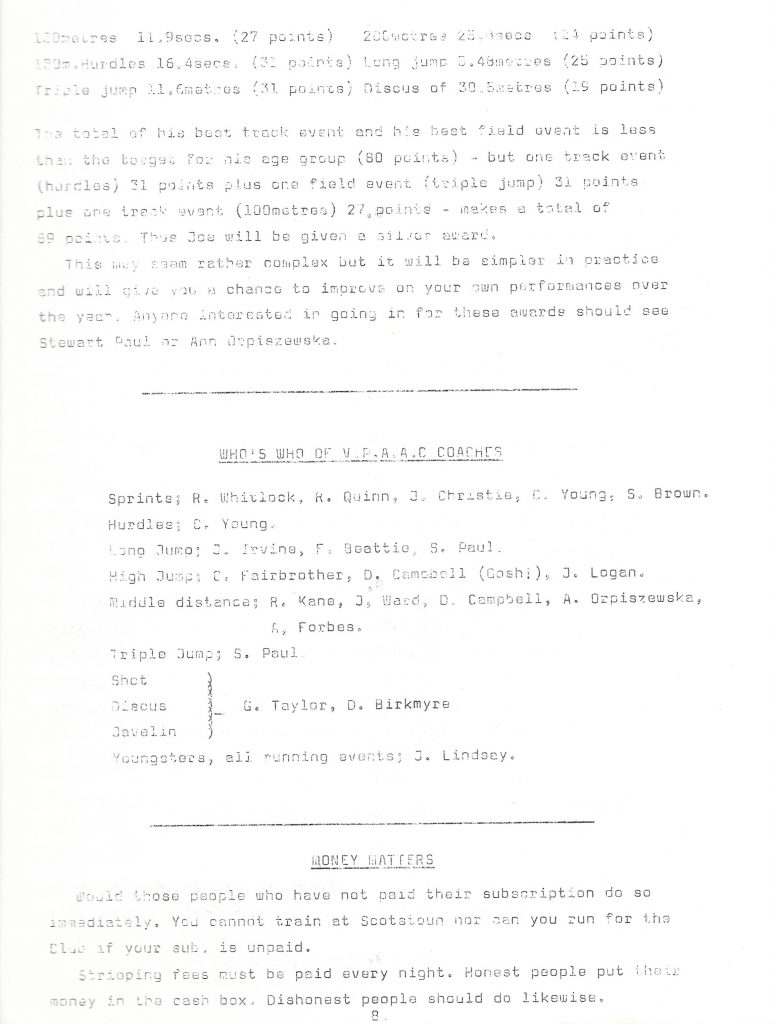 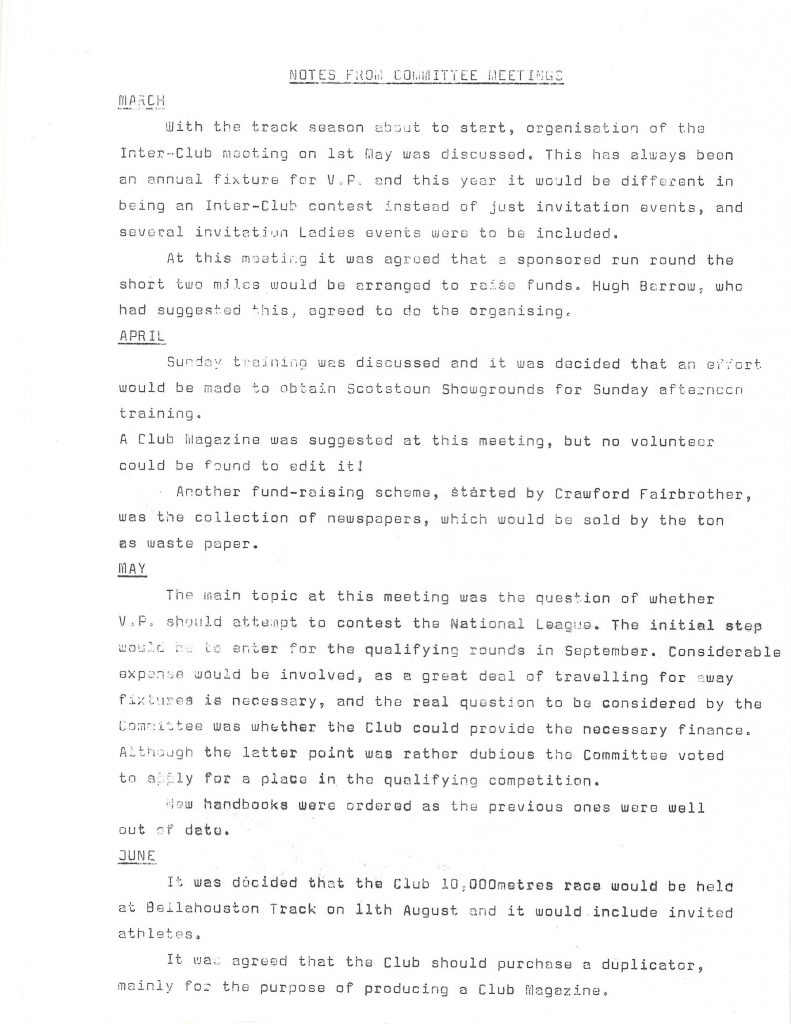 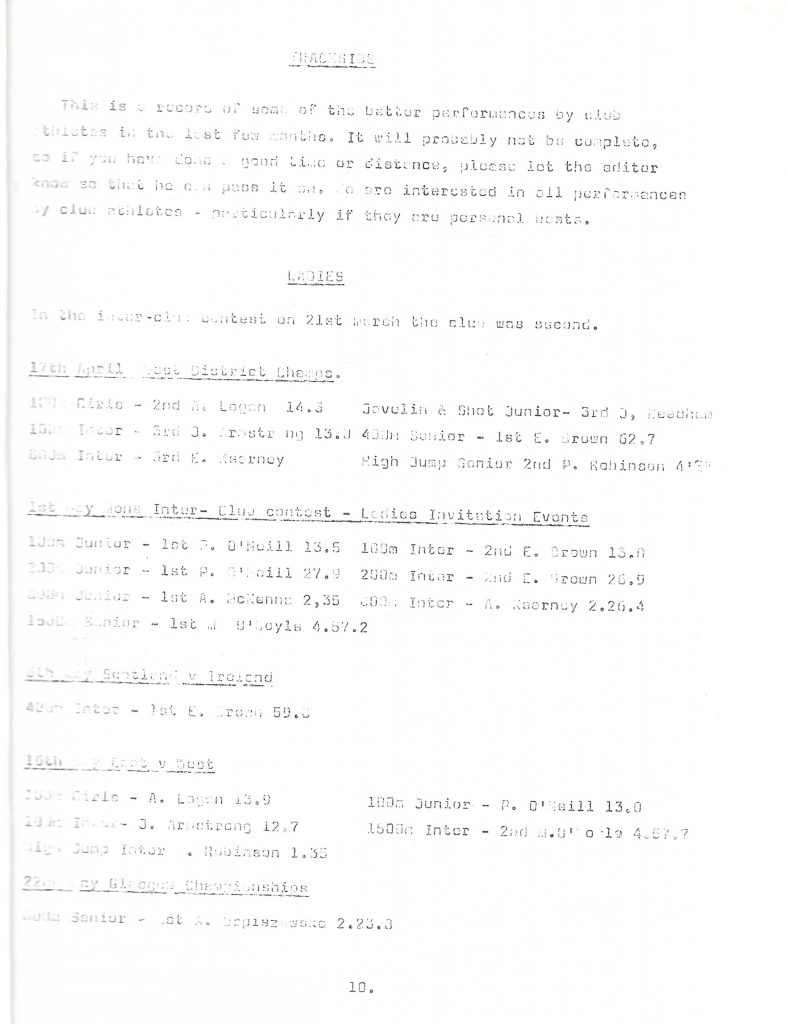 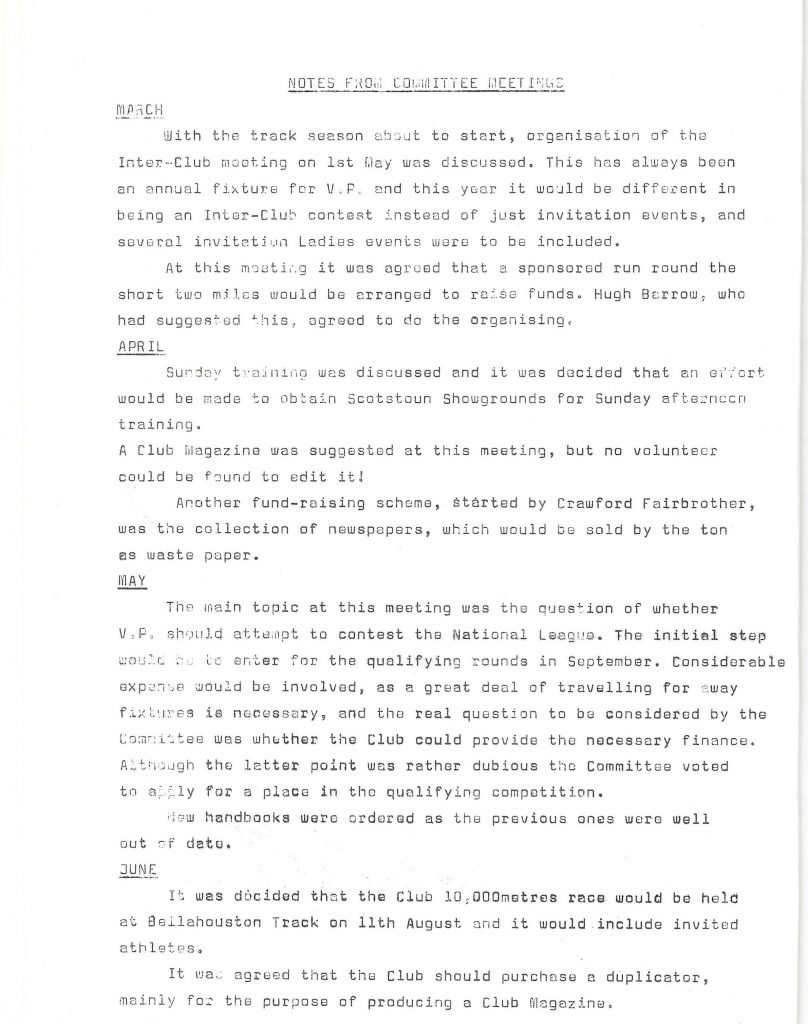 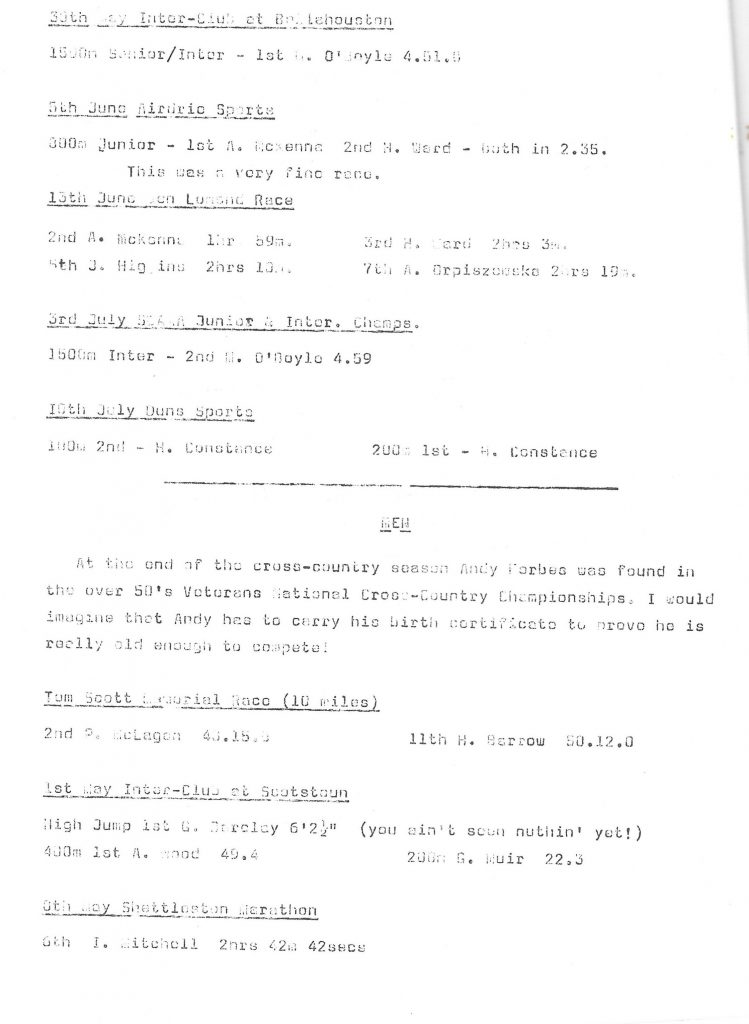 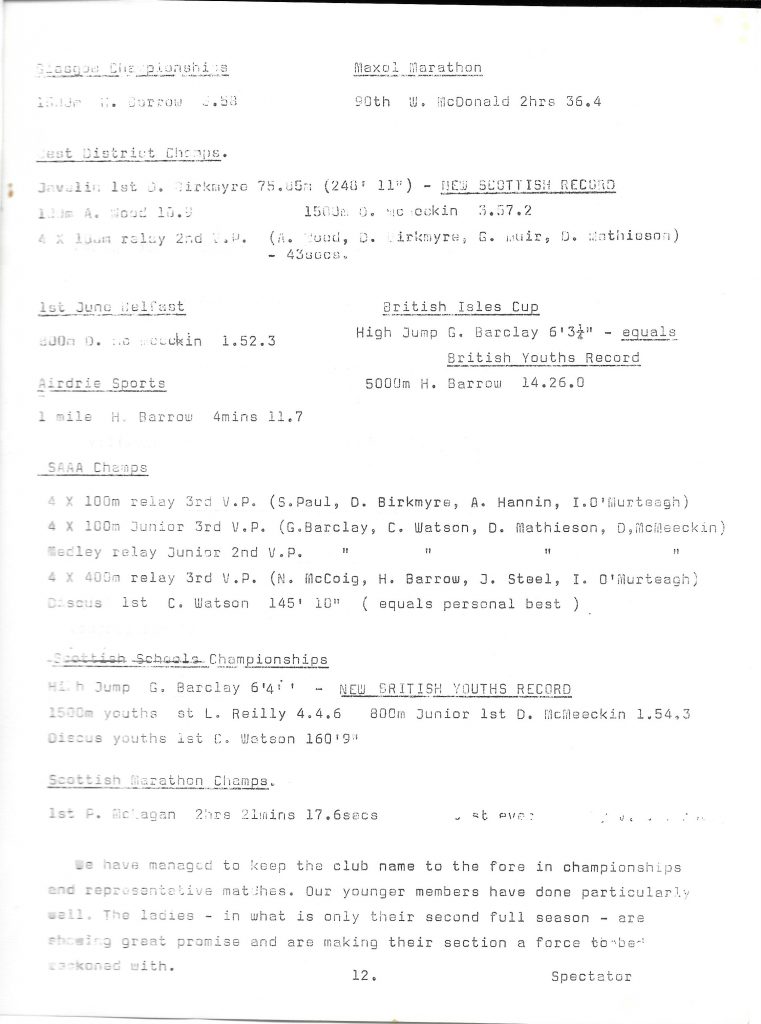 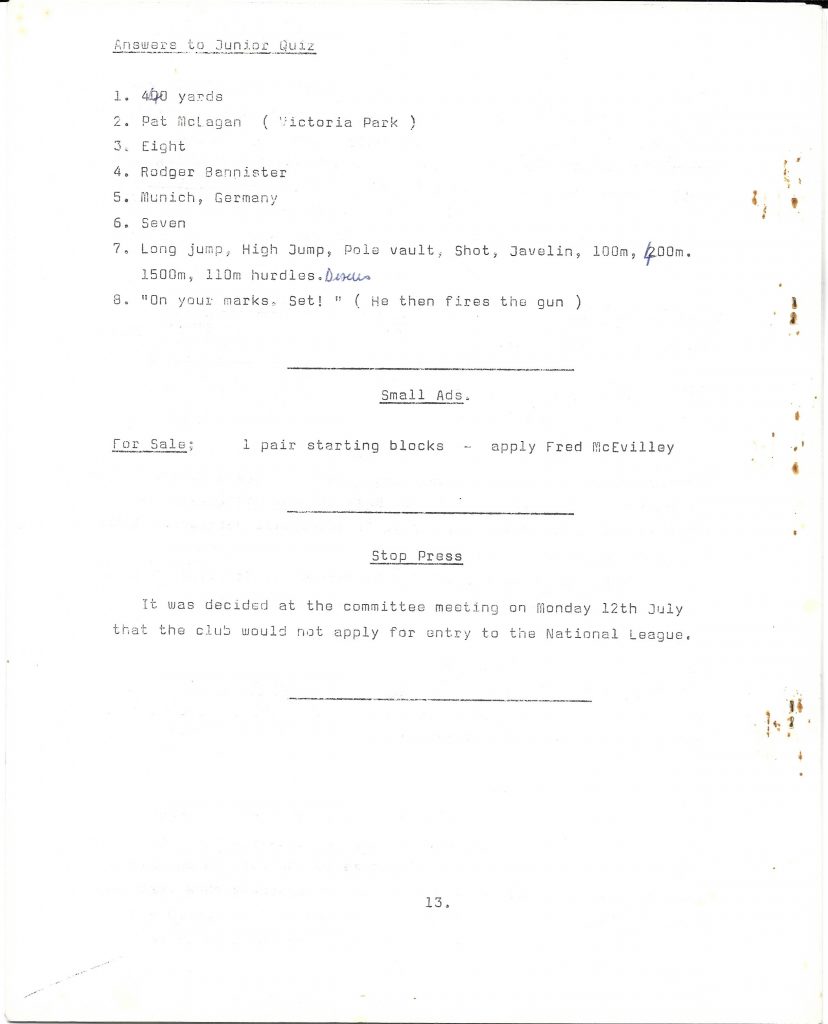