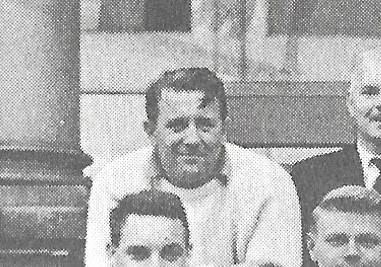 Tony Chapman was the first ever Scottish National Athletics Coach.   He was not there to coach athletes but to coach coaches.   He also raised the status of coaches – not least by travelling round the country at the invitation of clubs to do some work with their athletes but more importantly to help club committees, coaches and trainers to improve their skills.   Unlike some of his successors, his car did not break down at Ingliston – he often made it all the way across the central belt and we saw him working at Scotstoun with Victoria Park members and also, on a different night, at Mountblow Recreation Ground with Clydesdale Harriers.   Any club that invited him was visited.

With money in short supply, and not being already known to the Scottish athletics public, Chapman started writing coaching articles for the ‘Scots Athlete’ magazine with the first one being in January 1950.  It was followed by many more, usually at monthly intervals and being appropriate to the time of year and, initially, to the most popular events on the calendar.   eg the first one was entitled “Winter Training” and detailed everything imaginable such as diet, eliminitation, alcohol, etc, etc.   They were well received by the readers.   He also wrote a very good Book on coaching – referred to by most aficionados as the best pocket book on athletics available. 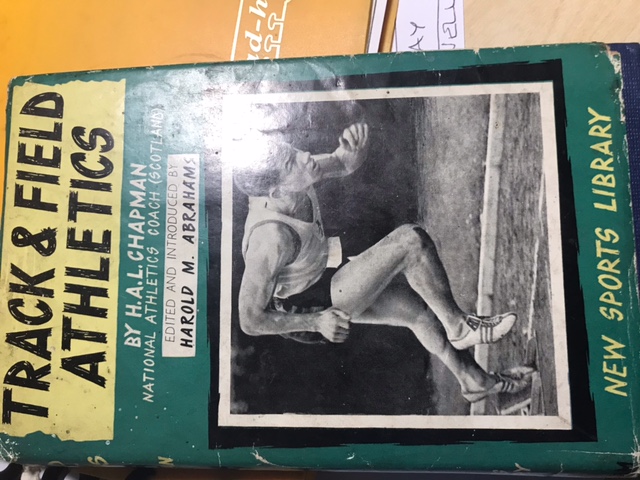 He died in 2010  and the following obituary by Sandy Sutherland, and the accompanying appreciation by Frank Dick, appeared in the first ever issue of PB in 2011.   Sandy’s obituary first.

“It was the late John Rafferty, that doyen of Scotsman and Observer sportswriters who memorably borrowed a line from Keats’ famous sonnet  “On First Looking Into Chapman’s Homer”  to describe the impact HAL (Tony) Chapman had made on a young athletics coach back in the Fifties, who had previously been more interested in football.   That coach was AH (Alec) Dalrymple, the man who inspired me to take up athletics, having had his passion for athletics kindled by one of Chapman’s inspirational lectures.   But in truth Chapman, in his 12 years as Scotland’s national Athletics Coach, from 1949 till he resigned in 1961, set alight a whole generation of Scottish coaches and physical education teachers whose influence on the sport in the following decades is immeasurable.

Hugh Anthony Ledra Chapman was brought up in Plymouth (his father was a Rear-Admiral), attended Wellington School in Devon and saw service in the Royal Tank Regiment when his education was interrupted by World War II.   Author (he wrote “Track and Field Athletics” which appeared in 1961 to the contemporary acclaim of ‘quite possibly the best pocket book yet written on athletics’), coach, demonstrator, educator, lecturer and no mean discus thrower, having represented the Army in Hanover in 1946 where he threw 140′ 3″, this chunky but suave Englishman was endowed with great personal charm which helped him to implement the ground-breaking National Coaching Scheme.

I, like so many others, some of whom have kindly added their personal tributes to this sadly inadequate appreciation, also went on to benefit directly from Tony’s truly mind-opening talks at Scottish Schools coaching courses at Inverclyde and he continued to have an avuncular interest in my personal and athletics well-being long after he had moved on to pursue a career first with the Scottish Council for Physical Recreation (SCPR) and later with the Scottish Sports Council, from where he continued to assist the sport in various ways.”

Tony Chapman established our National Coaching Scheme as the first ever Scottish National Athletics Coach (and the second ever National Coach in any sport after the AAA appointed Geoff Dyson).    A giant of a man from Scottish Schools Easter Courses to teacher and coach development, to personal coaching excellence, he changed how Scotland thought about athletics and how it performed.   My personal debt to him was in his coaching when an athlete and his mentorship and guidance when following John Anderson as national coach.

Sandy Robertson one of Scotland’s longest serving and most experienced senior coaches, who interrupted his teaching career for a time to become National Coach for Malawi, maintains that he would never have achieved that post but for Chapman.

“He had tremendous proficiency as a lecturer, his explanations were marvellous and I’ve never seen clearer course notes – I spent a week at Inverclyde where he covered every event and it was a complete and utter knock-out.   I remember him bringing a 3’6″ hurdle into the small lecture room and then  going over it – I’d never seen it so close up.   He introduced me to PFI testing and the Harvard Step Test and brought in all of that interesting science.”

It seems a shame that after all the work done by Chapman, Anderson and Dick in particular but not excluding such as David Lease and Meg Stone to set up and encourage coach development that the present system of coach qualifications is held in rather less esteem.   As for Chapman’s coaching qualifications – well, I remember in the days when the route was from Assistant Club Coach, via Club Coach to Senior Coach there were those who criticised the necessity to have a rudimentary knowledge of all events at ACC level before starting to specialise in an event or event group.   It should be noted that the scheme implemented by Chapman and his staff included a qualification of  ‘Club Coach – All Events’.   That was where I and many other coaches started – the content was comprehensive and delivered fairly locally.   It was practical with an indispensable theoretical aspect.