The article below appeared in the June 1985 edition of the SMC magazine and is another example of how the club capitalised on events to have its name and Scottish Marathon running generally to gain valuable publicity and, incidentally, to strengthen the bonds of friendship within the club.    The article was written by Bob Donald of Garscube Harriers who also provided the illustrations.  Incidentally Bob told me that to start with the crosses would not light at the top, so they ended up turning them up the other way and lighting the ‘wrong’ end.   Hence the positions in the photograph below! 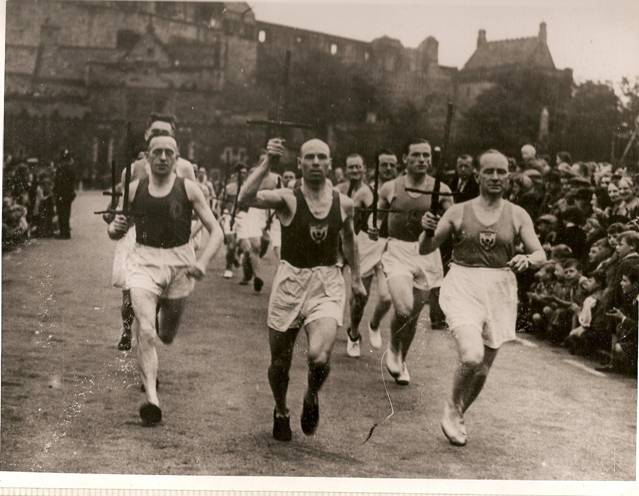 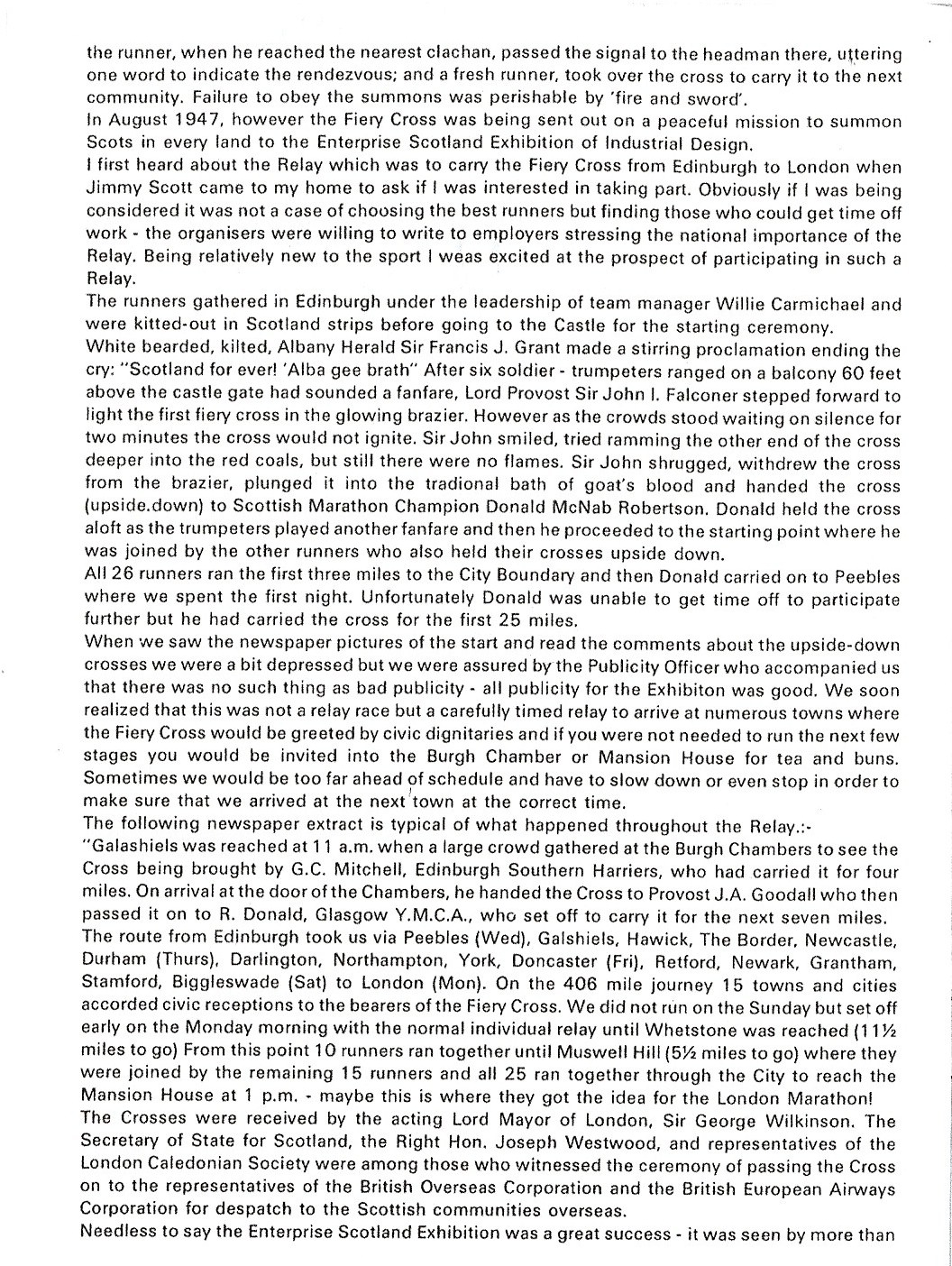 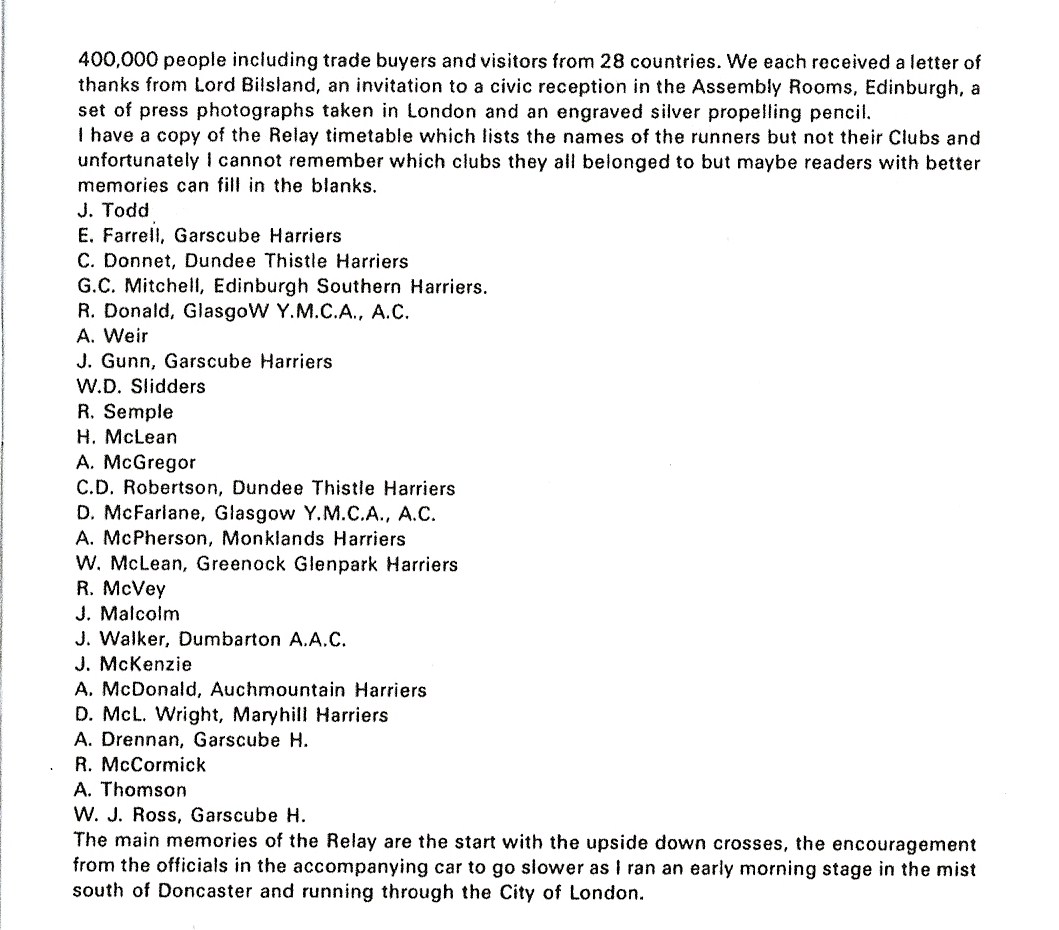 Bob had a letter in the next SMC Magazine as follows:

Dear Alistair, Further to my article in the June 1985 edition of the magazine on the Fiery Cross Relay, I have come across a copy of the ‘Scots Athlete’ dated Oct/Nov 1947 in which there was an article on the same subject by team manager W Carmichael.   This article ended by listing the distances covered by each runner and gave each runner’s club so I am now able to complete the blanks in my article: 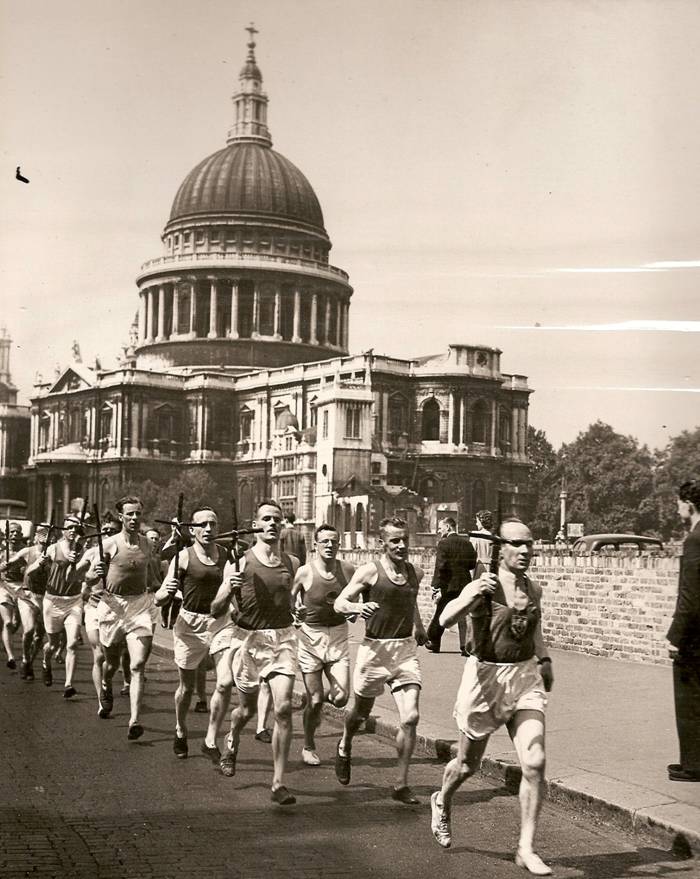 The Arrival in London – Led by Duncan McLeod Wright!

(and the crosses are the right way up!)