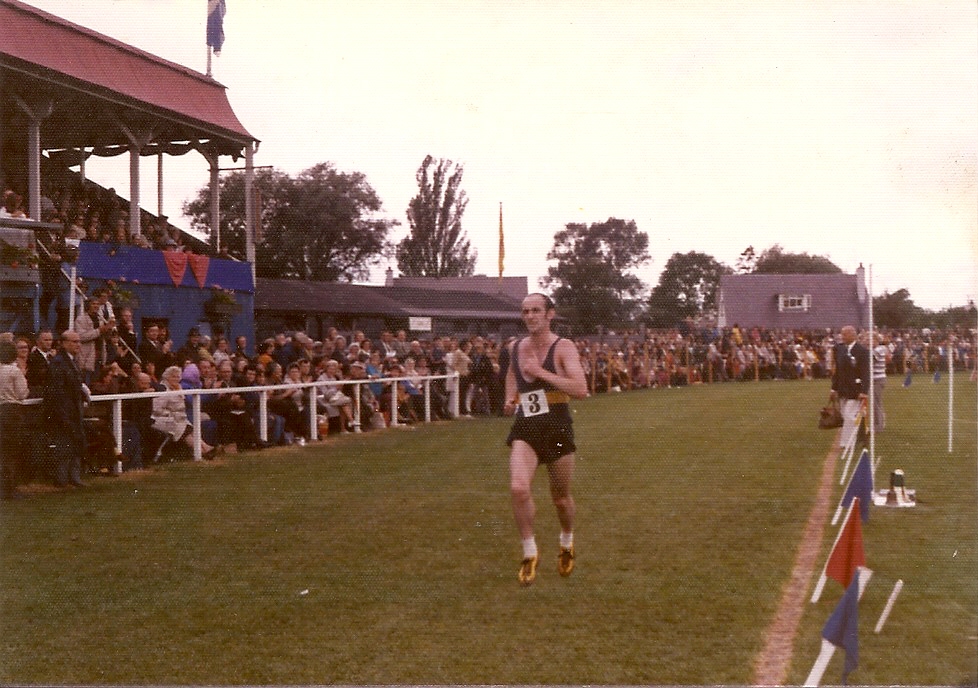 The Strathallan Road Race was not just a feature of the Gathering held in Bridge of Allan or a race loved by the road running fraternity, but one of the stepping stones towards the full marathon distance.   The Scottish Marathon Club had been active after the war encouraging sports meetings with no road race to put one on, and in encouraging those with a road race to make it of a distance that helped progression to the full 26 miles marathon distance.   Hence the 12 miles Balloch to Clydebank, the Sprimgburn 12, the 14 miles at Shots, at Dunblane, at Babcock’s, the 16 miles Clydebank to Helensburgh, the 18 at Rothesay, several around the 20 – 22 miles distance such as Strathallan and the Edinburgh to North Berwick.   Strathallan was also part of the four race SMC championship series which consisted on the 12 at Springburn, 16 at Helensburgh, 21 at Strathallan and the full SAAA marathon championship.

Over the years however the original 22 miles race which went out from the Games Park at Forglen Road to Tillicoultry and back along the Hillfoots, became 21 miles, then 14, then 10.   The winners where known are listed below and it will be noted that many of them were Scottish international athletes with Commonwealth and/or Olympic Games honours.

There are several missing results and if anyone can fill in any of the gaps, please send on the information.   It was a good race on a good course in a lovely part of the countryside and held at a well run and organised meeting.   All the runners liked it – note how many big names above came back more than once – Don Macgregor, Gordon Eadie, John Lineker, Jim Dingwall – and the distance at 21 or 22 miles provided a much-needed step towards the marathon distance.    We could do with it back. 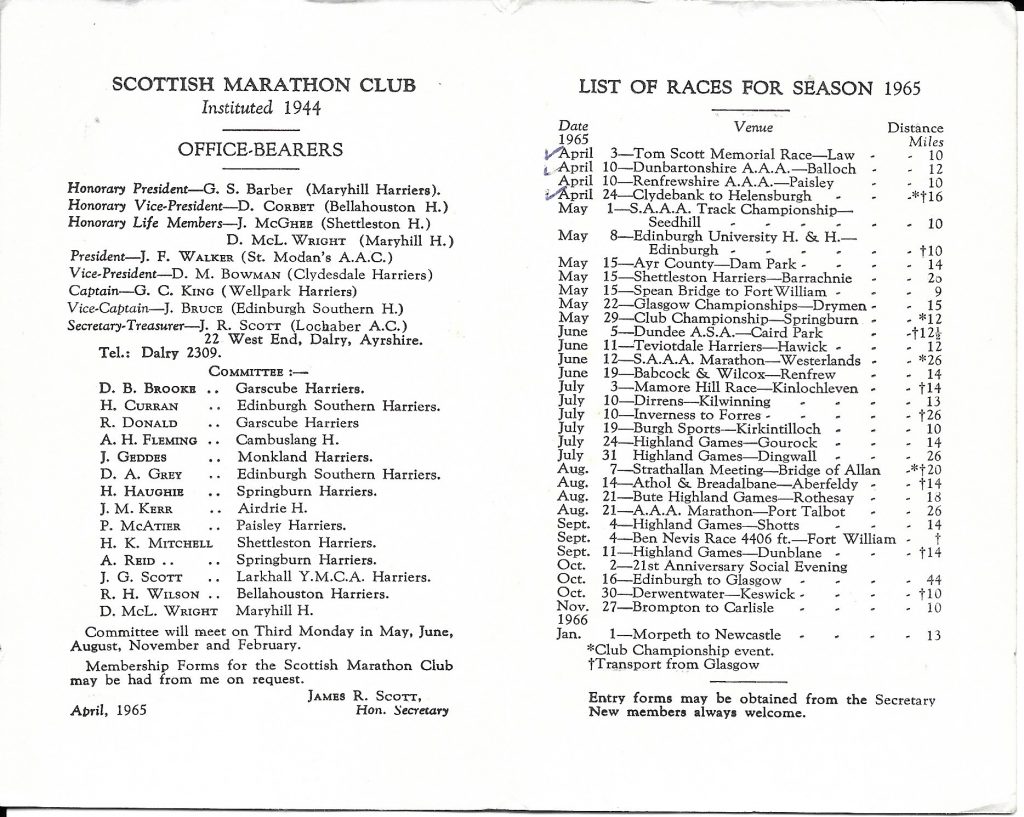