The links below were on the old ‘ardbruach’ website but when we moved from that format to the new wordpress site they were, along with some other pages, dropped.   All the most viewed are here!   It’s been a straight transfer. 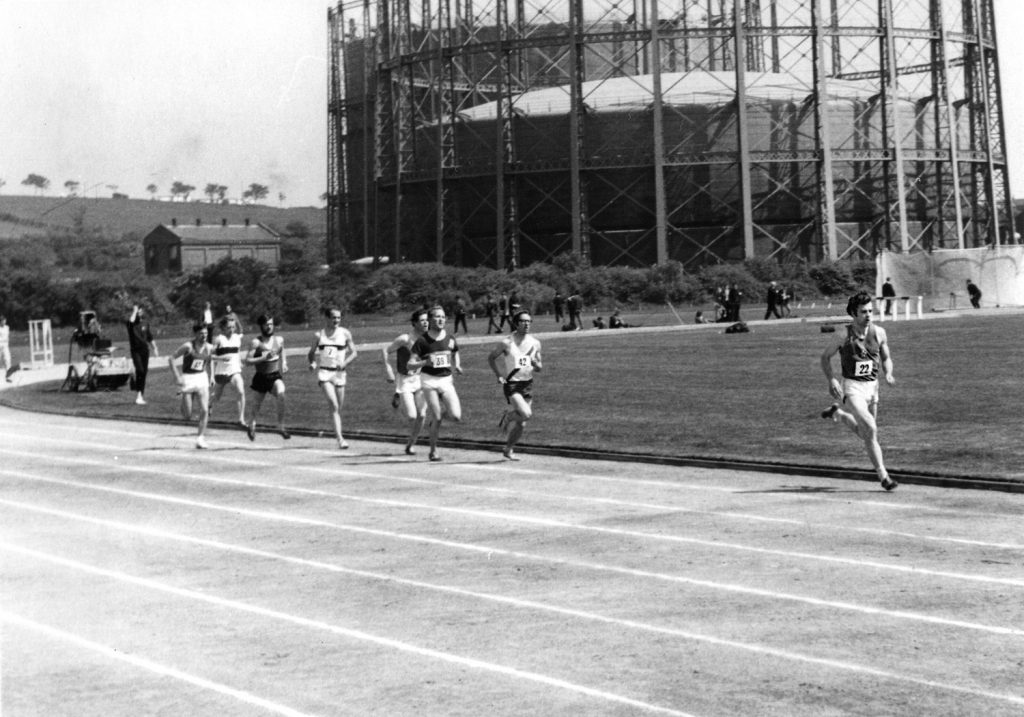 Over the years there have been many, many videos and films made of running events and running related subjects.    Several have come our way and they will be listed on this page.   It is hoped that anyone out there with a link address will pass it on for the wider public to see   They will be put up in the order that I get them – it is an easy way to do it and it also encourages folk to browse among other races while they search out the one they want. .  The first two below came from Joe Small and the second two from Alex Jackson.  The first is of people who have started jogging: made in the 1970’s at Westerlands it is of great interest to those of us who new, trained and/or raced at the venue which is sadly no longer with us.   A very young Frank Dick does the commentary and is seen giving advice and jogging, Noreen o’Boyle is also there and although she gives Moira a mention, husband Cyril is sadly neglected (!)   Ian Walls by the way is father of Moira Walls a superb Scottish high jumper.   The link is at

The second is of 1970 International Cross-Country with Lachie and Ian McCafferty appearing in some shots.

The 1980 New York Marathon is next, lots of mentions of John Graham (of England! as Joe Small pointes out

Now one of the the brief anti-smoking commercials done by Lachie Stewart in the early 1970s which gave wee boys in the street a new shout at passing runners in training!    The number of times I’ve heard “You can ….” is great.

The YouTube video clip of the 1970 Commonwealth Games 5000m race where Ian Stewart and Ian McCafferty had their memorable 1-2 ahead of Kip Keino is worth seeing!

Then in the 1976 Olympics Frank Clement ran superbly well to miss out on a medal by about half a second!   After being shoved on to the grass at 300 to go too!   A bit blurry but it’s at

Alastair Douglas has sent two links to the 1982 National Cross Country.   They both work for me!    They’re all there – as well as Clyne, Muir, Hutton Robson et al, there’s Mole, Colin Martin Phil Dolan, Sandy Cameron, etc, etc.  The first is at

And the second can be found at

Two more from Alex Jackson of the National Cross Country Championships of 1983 and 1984.    Both were won by Nat Muir and Alex tells me they are on the Shettleston Harriers website as well.   Find the 1983 link here:

Joe Small has come up with more good links.   The first is of  the 1986 Commonwealth Games Marathon is in four parts with an excellent Antipodean commentary on the race which features John Graham and Fraser Clyne.

Also from Joe are this Dutch film of the Rotterdam marathon with a couple of John Graham’s greatest runs shown early on plus an interview in English at the end – it lasts for over an hour!

A brief clip of the 1978 Commonwealth Games steeplechase with a glimpse of Ian Gilmour at the start and a mention at the finish.

The 1972 Olympic 5000m final with good shots of Ian Stewart and an all too brief one of Ian McCafferty.

From Graham MacIndoe comes this one of Tom Hanlon running cross-country against Steve Ovett, Peter Elli   and others.

Jim McLatchie (see the The Milers page) coached three girls to first, second and third in the State Championships and the race, which is a very good one to watch, can be seen at

Just received from Graham MacIndoe in New York a link to a site with many Scottish athletes featured, it is at

plus one with Yvonne Murray in a 5K road race:

This one is not remotely Scottish except insofar as many New Zealanders are of Scottish stock, but it is an interesting pair of 8 minute videos of Peter Snell.   If the link doesn’t get the actual video (it sometimes doesn’t!) just go to the ‘most viewed’ and then pick it out!

Lots of good videos at this YouTube link from Graham MacIndoe

The Montreal Olympics Men’s Marathon is at

From Alex Wilson comes this video of Yvonne Murray in 1990

Sent by Ian Redican in Ireland, this is a Movietone News clip of an international race run in London in 1972.   I get teary-eyed and nostalgic when I see this stuff!

and from the same source, Alex Jackson sends this one of Ian Stewart winning the International Cross-Country in 1972.   No sound unfortunately.

Two more from Graham MacIndoe: the first is the European Marathon in 1986 which Steve Jones won and in which Allister Hutton dropped out.   The second is the site from which it came – several good videos from the 80’s there.

Jim McLatchie was interviewed by runnerspace.com on the ‘secrets of success’ and the ten minute interview is at