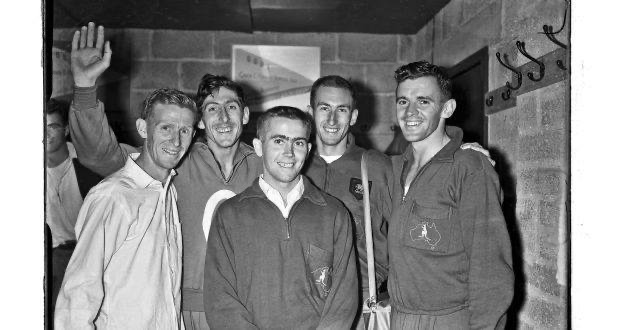 What a time for milers – first time five runners were under 4 for the distance in the same race.

The story of the four minute mile has been repeated so often and from so many different angles by so many different people that it would be daft to try to rehearse it all over again here.  This page will have the stories and photographs that we consider interesting and/or amusing.  But first, some controversy – for a result to stand, a race must be run in the true spirit of amateurism, mustn’t it?

Last August a track referee disqualified an entire field of twelve finishers in a BMC race at Yeovil.   The race had been rganised as an attempt to be the first sub four minute mile to be run in the West Country.   It seems our firendly referee did not like the fact that one runner made the pace before dropping out after two and a half laps.   Following the Referee’s decision the BMC has requested that Southern Counties AA hold an enquiry into the matter.   This could become an important test case.   Every summer middle distance races are blatantly paced on the Grand Pace circuit under the ausices of the IAAF.   But when club runners in Britain lub together to race fast, they risk disqualification under AAA’s rule 69 (assistace) which is itself vague and subject to interpretation.”

2.   Bannister was not the first British four minute miler -the honour maybe goes to James Parrott and he ran it in the 18th century and you can get the full story here 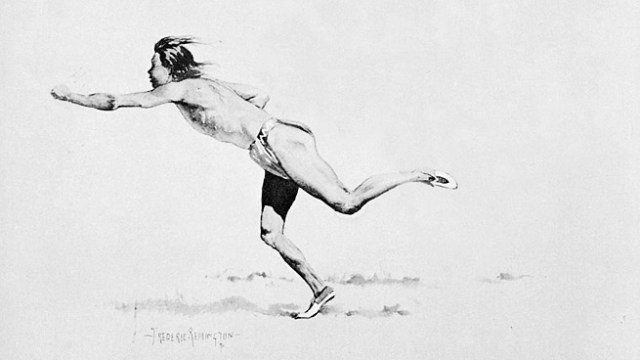 3.  Of course you can get a lot of fun testing yourself with questions like  –

Which of these four persons was the first to announce/claim to have run under 4 minutes for the mile, with a time of 3:45?

Big Hawk Chief, was an Pawnee scout for the US Army and did it twice in 1876 and 1877 in Nebraska, his real name was Kootahwecootsoolelehoolashar, his 3:58 is certainly more believable than Green. Cunningham (USA) and Wood (Britain) both did it in training, as I’m sure a few others have. Glen Cunningham broke the world mile record in 1934 (4:06.8). Ken Wood ran it 29 days before Bannisters official record, he did break 4 minutes officially, when he came fourth (3:59.3) behind Derek Ibbotson’s world breaking run in 1957 (3:57.2).

5.  A Tale of Sportsmanship 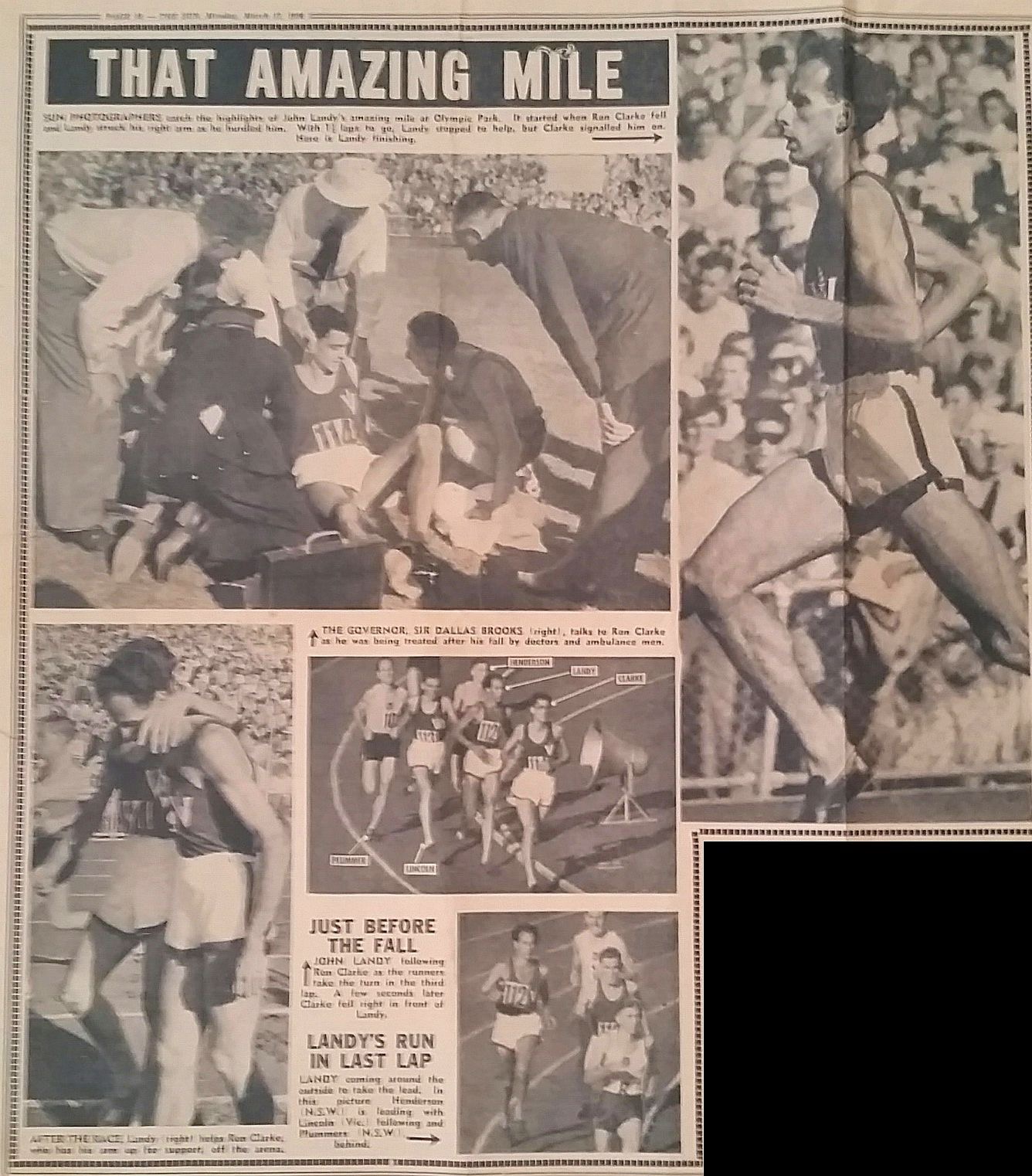 The page tells the story.   The authorities were so impressed that they put up a statue to the runners: the Spotrsmanship Statue: 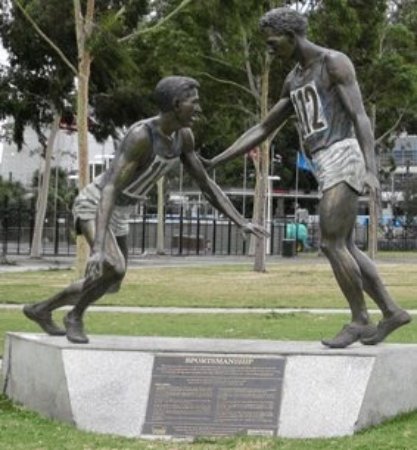 Much, much more to come