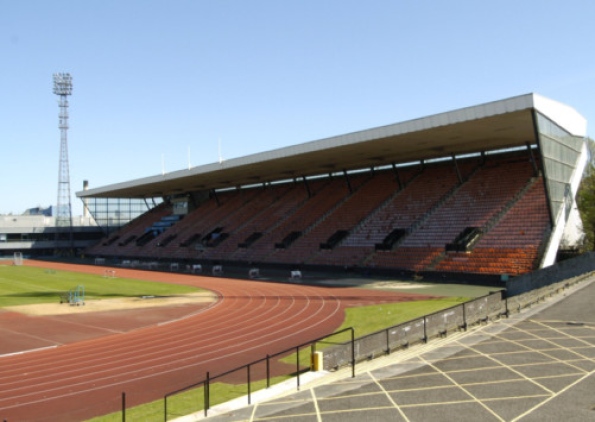 Meadowbank Stadium was built on the site of the old New Meadowbank which was used for athletics and football competitions.   It hosted the first post-war international match between Scotland, England and Ireland and also hosted the SAAA Championships from 1952 until 1966.   The Meadowbank that most of us know was built for the 1970 Commonwealth Games and was opened officially in May, 1970.   Two Commonwealth Games were held there – 1970 and 1986 – as well as the annual SAAA/SWAAA Championships and numerous international matches.

The stadium hosted many very close races and enthralling competition – for instance any distance running enthusiast must rank  Lachie Stewart’s 10000m victory in 1970 among his top three or four moments in the sport, and at the same Games the McCafferty/Stewart 5000m race was also quite outstanding.    One of my own favourites however was on 8th September, 1973, when Frank Clement won the Europa Cup 1500m in 3:40.8.   He went to the front early on in the race and won by a distance.   The best coverage was in the Athletics Weekly and it read:

Frank Clement started the ball rolling when, on Saturday, he delighted the predominantly Scottish crowd by destroying the opposition in the 1500m.   His rivals were men with fast times and greater international experience to their credit – Olympic finalists Jacky Boxberger (best of 3:36.8), Paul-Heinz Wellmann ((3:38.1), and Vladimir Panteley (3:37.8), wide-ranging international cross-country champion Pekka Paivarinta (3:37.2) and former European junior champion Klaus-Peter Justus (3:39.0) – and yet the bearded Glaswegian was utterly dominant.    One has difficulty in recalling a more convincing display by a British 1500m runner in a major competition.   The sky is the limit for the 21 year old Strathclyde University student, for not only does he bring to the event an under distance ability (1:46.0 800m) matched only by  handful of men in the world but he also clearly possesses those three most precious attributes:  a keen racing brain, a sense of adventure, and the knack of drawing the best from himself in the races which matter.

Clement went ahead soon after 400m (62.6), dissatisfied with the slow pace, and from then on there could be no turning back.   A 58.9 lap was followed by one of 57.5 (2:59.0  1200m)  and still faster he went on the last lap.   One by one his opponents dropped back until only Wellmann was left in contention.   He closed slightly some 60m from the end, but Clement saw the German’s shadow, accelerated again and easily disposed of the challenge.   No wonder the opposition was routed for Clement covered the last 800m in 1:53.6!” 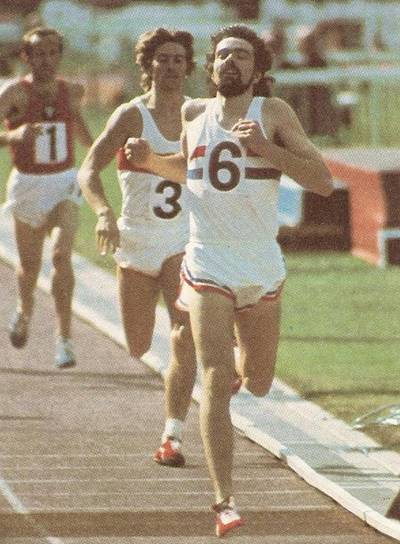 There were so many great races at this iconic Scottish Track and Field venue that it was a pity that the Council could not find their way to maintaining it.   The state of the stadium was allowed to decline until it was such that the cost of reinstating it as a state of the art facility was too big for them to bear.   This ‘Scotsman’ article ( http://www.bbc.co.uk/news/uk-scotland-edinburgh-east-fife-35726113 )  was sent  by Joe Small and holds out promises of wonderful things.   If the final provision is as good as the artist involved then it will indeed be a wonderful addition to Scottish athletics facilities and all 500 seated spectators.