Skip to content
We are told that John is a very unassuming, ultra-helpful gentleman.    A very skilled mountaineer, he is always sure and steadfast.    He’s one of the guys you’d always want to be near you, in his company.   A thoroughly superb guy and a ‘make-happen’ his word is his bond. Rarely has anything ever been too much of a bother.    John might not be ‘high profile’, but an absolute stalwart all his long and successful career.    A true Friend, a gentle man, an upstanding citizen, a real achiever!
He is however a very good hill runner indeed with many good races in his diaries.   He has run all over Scotland – the Isle of Jura seems to be a favourite with several appearances, he’s run in Strathyre at the fearsome Stuc a Chroin race and travelled to the south of the country for the Two Breweries race, run in the Birnam Hill Classic and many more but as a Lochaber AC runner, he has to run in the Ben Nevis race and in 2018 he received  the McConachie Plaque for having run in twenty one Ben Nevis races.
We start with some photographs of John running in the Ben Nevis race. 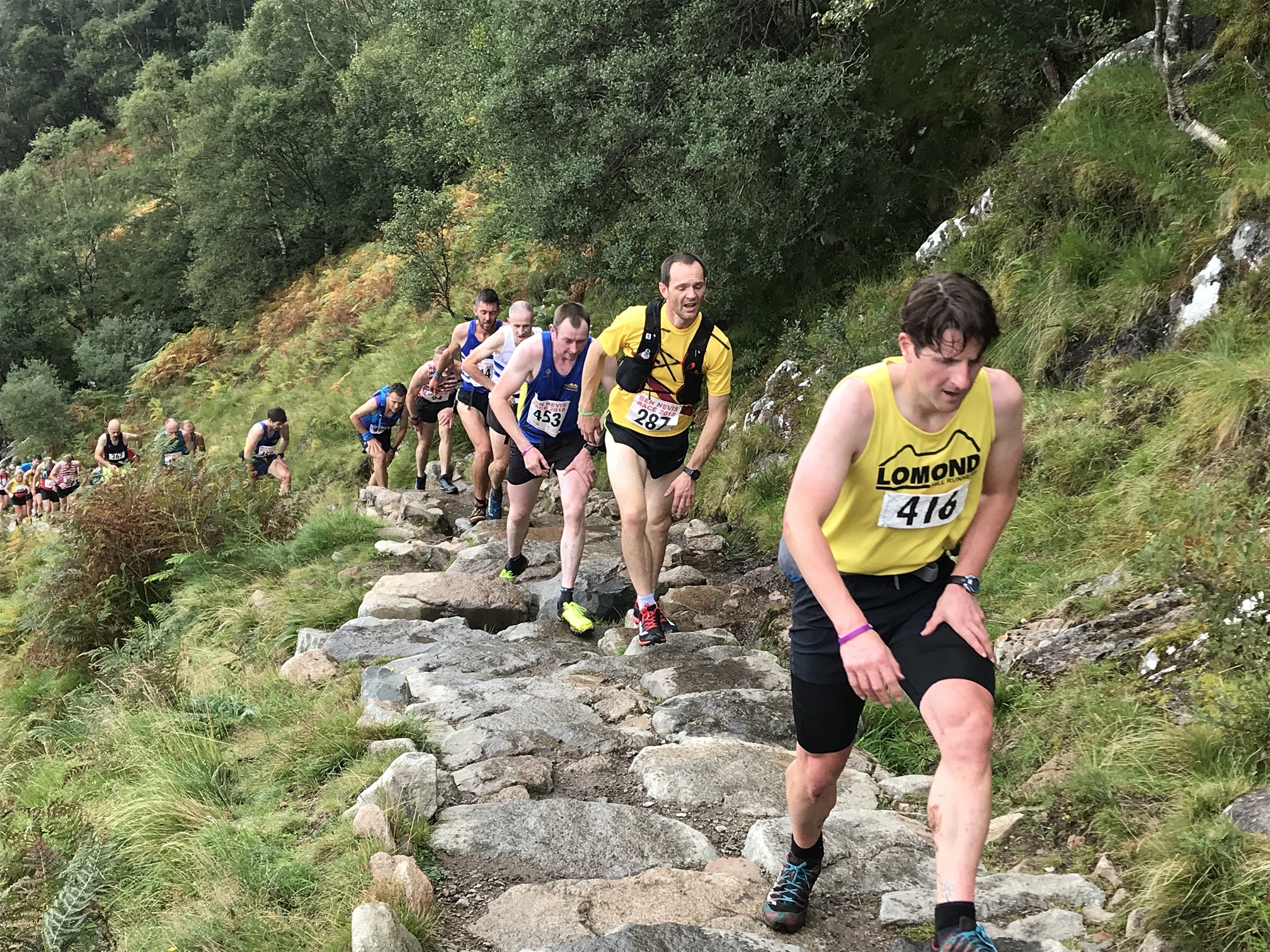 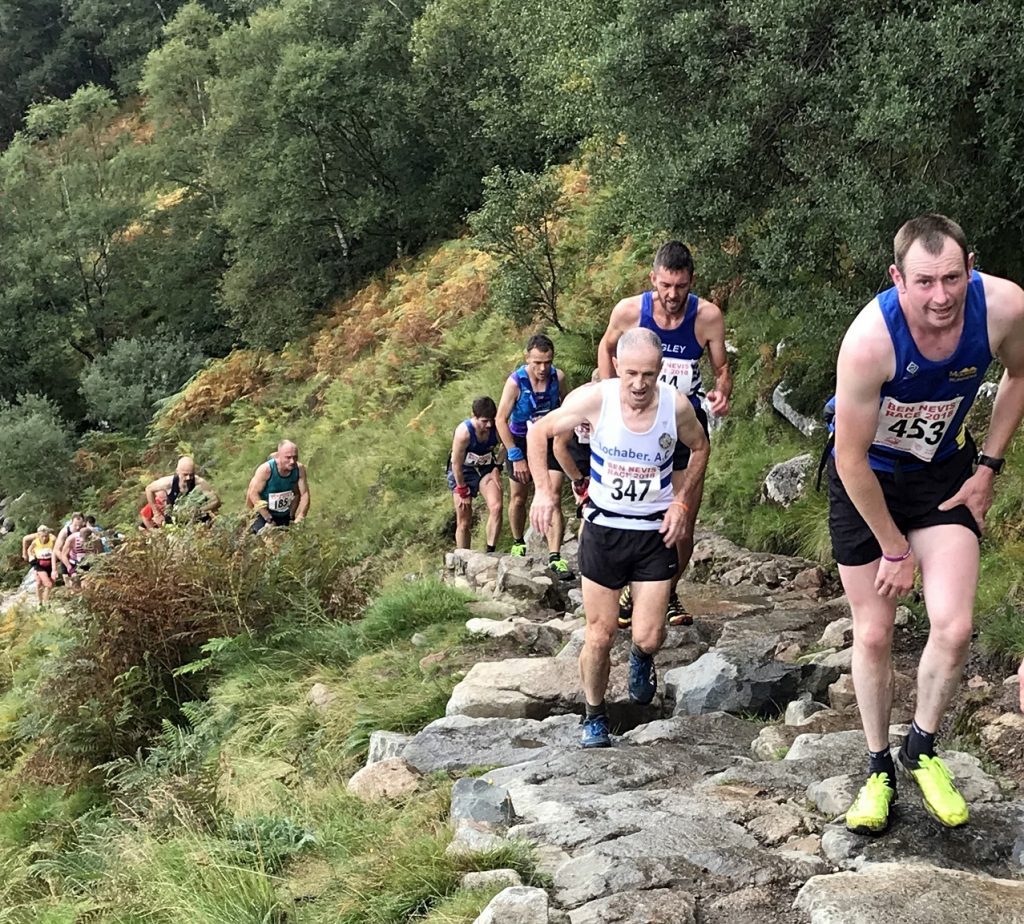 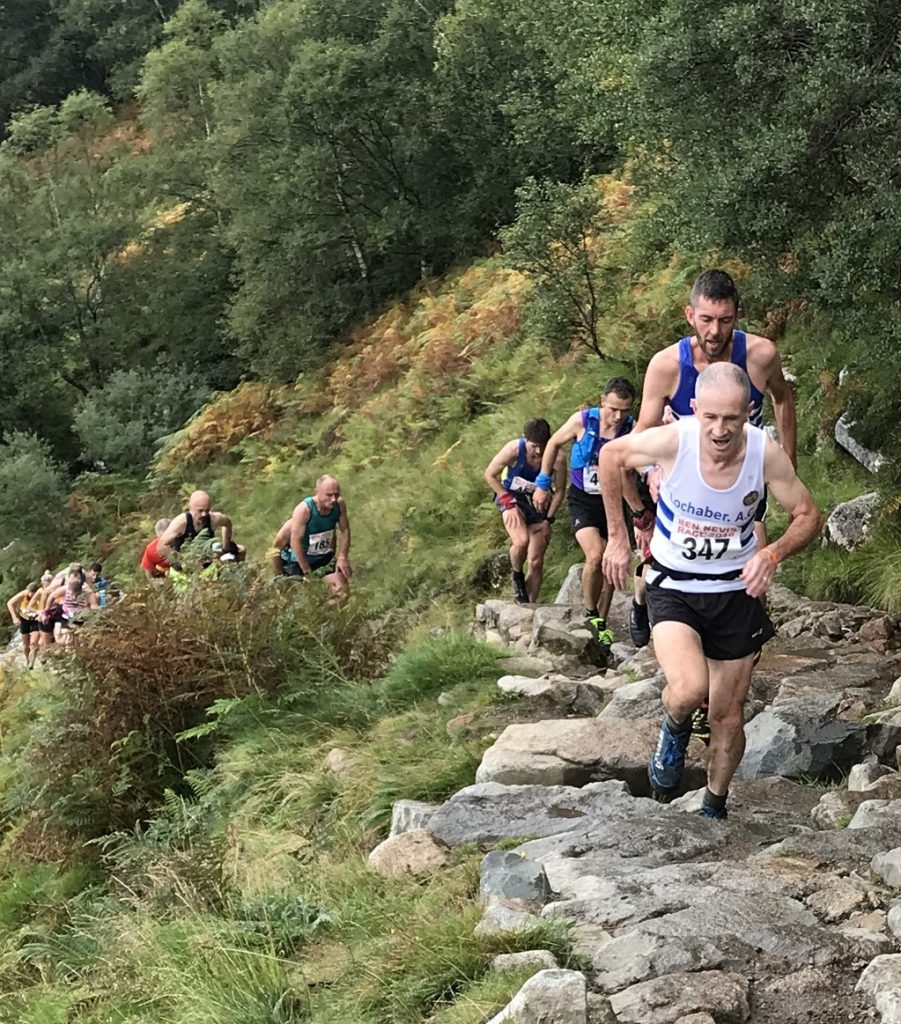 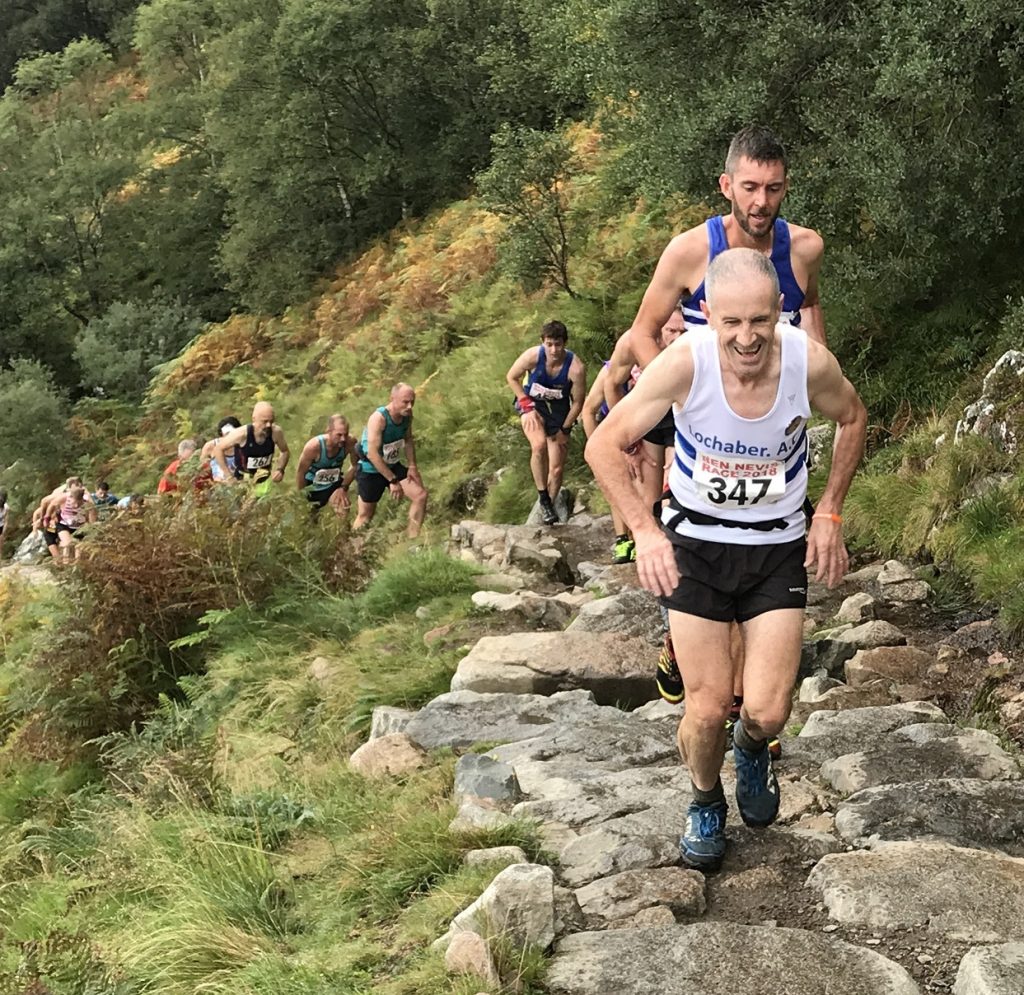 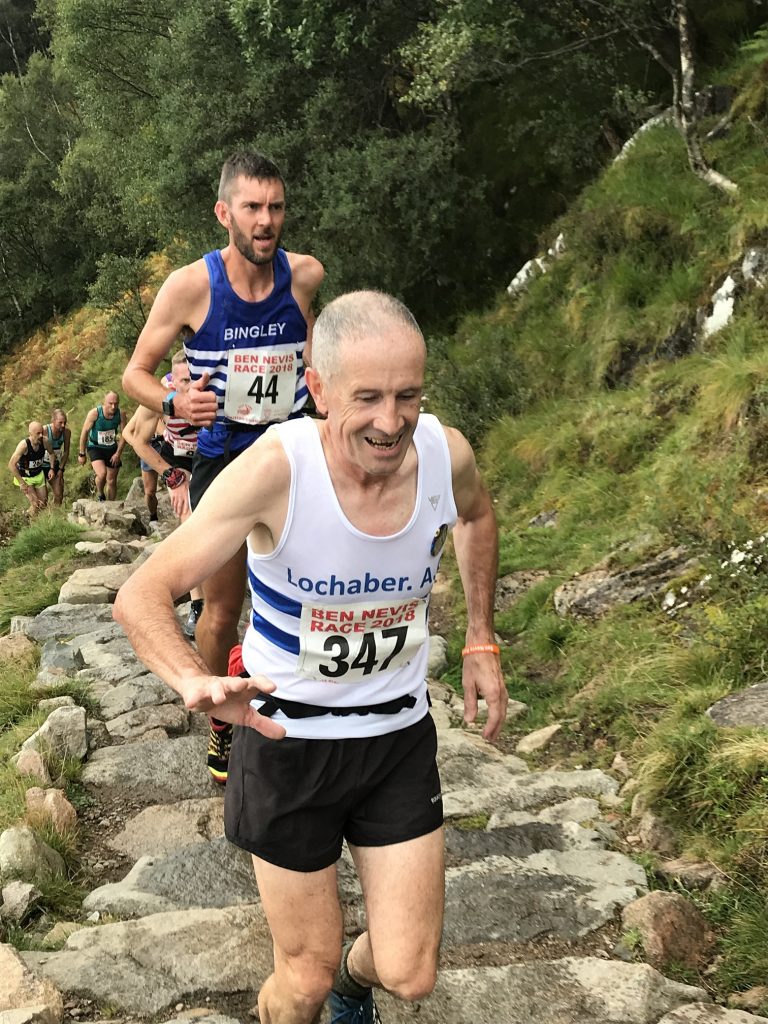 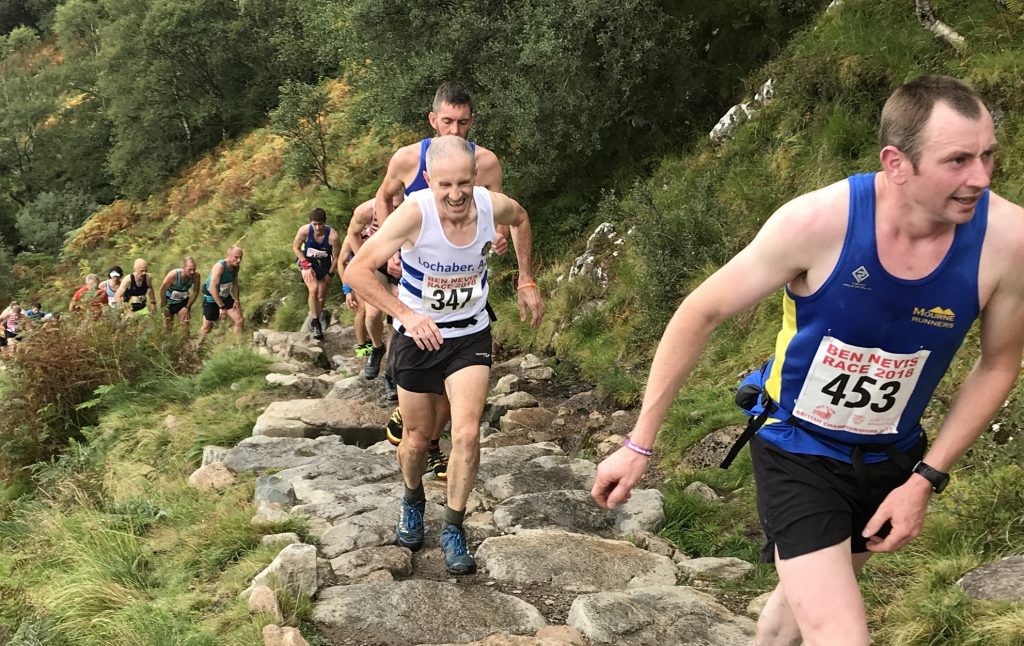 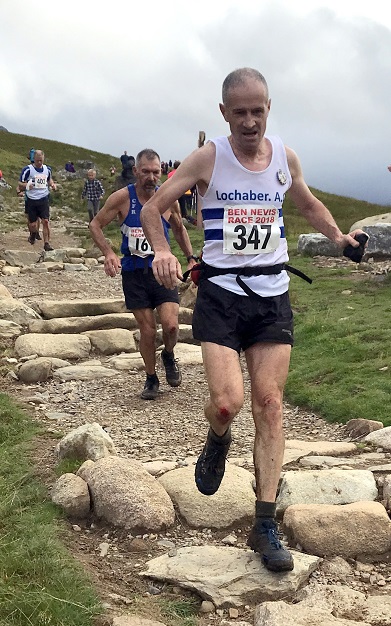 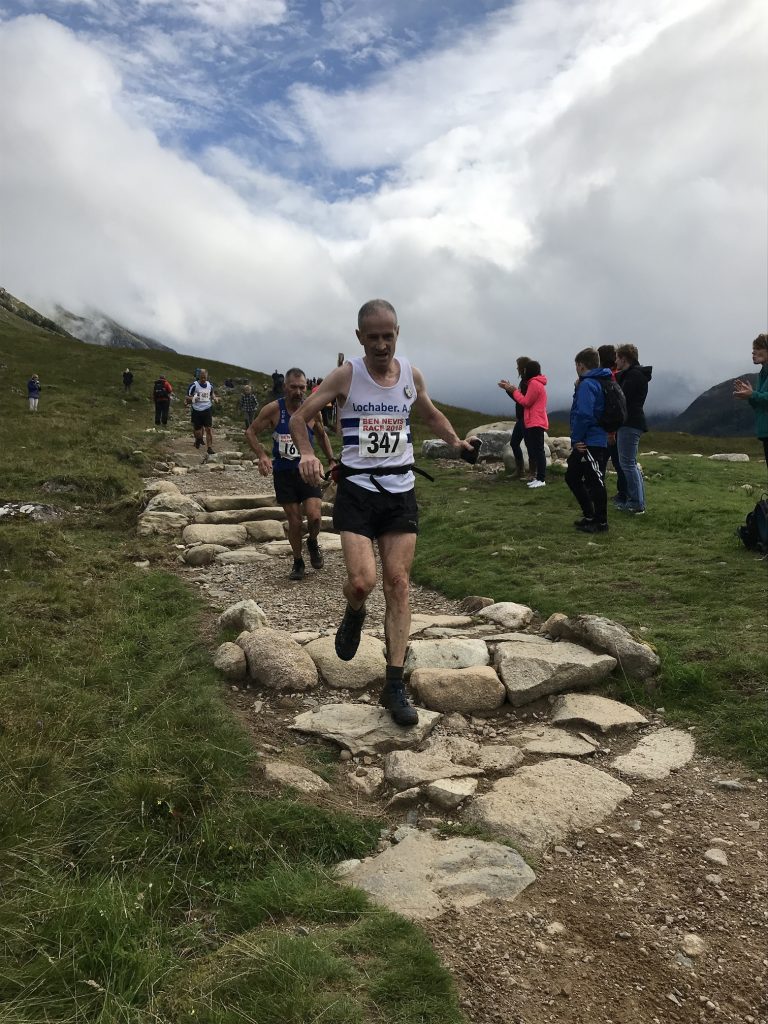 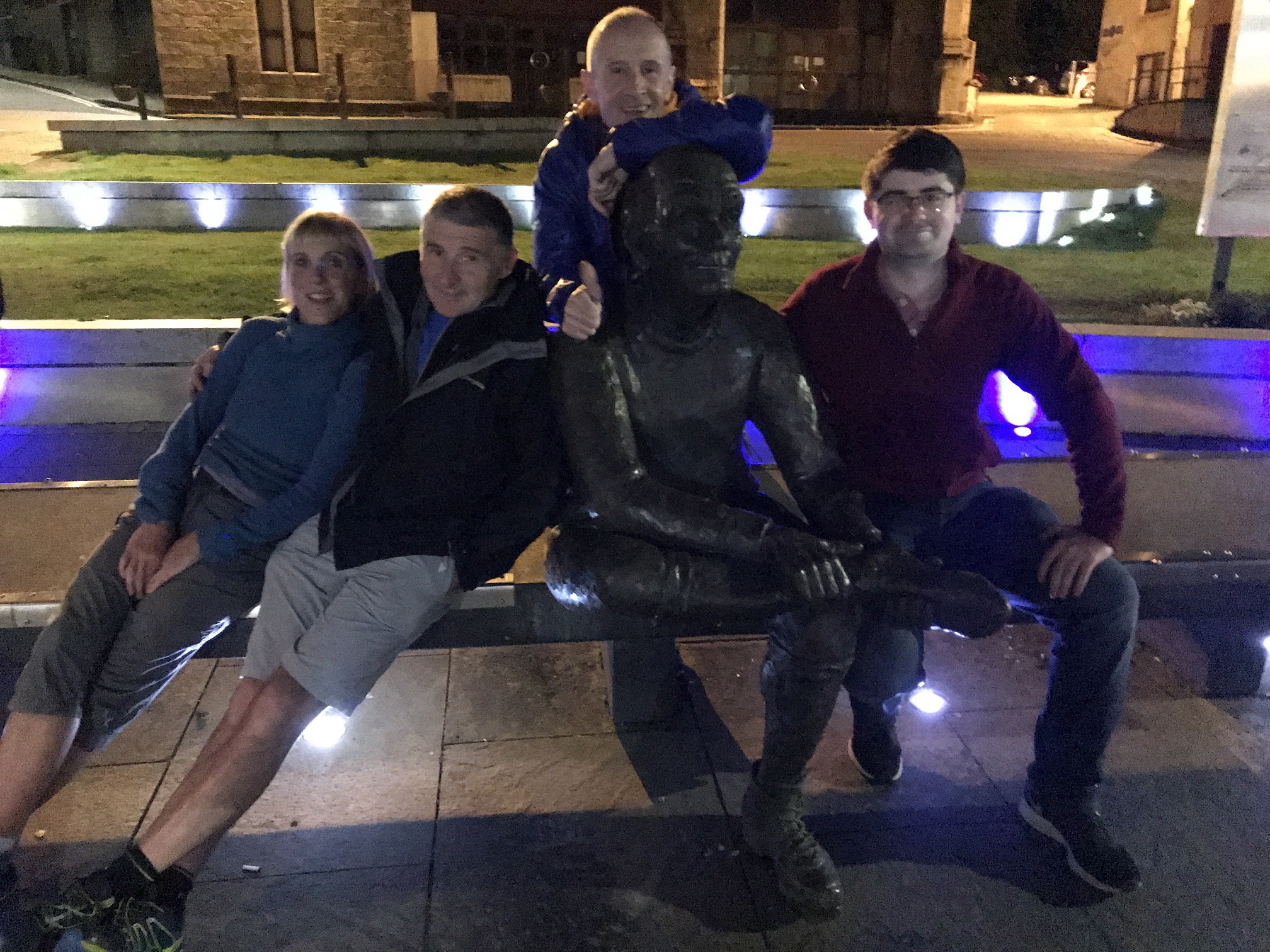 After the Ben race, John and some friends went to Mull; for two days, and all the cycling photos are from that trip.   As Denis said, I don’t know how he managed it!   The photograph above is one taken after the prize giving and social after the Ben race.   In the photograph are Alwynne Shannon, Des Crowe, John H and his son Andrew , a super piper.
The thing that impresses me about most hill runners is their whole healthy lifestyle – I have known hill runners to finish a race, shower (optional), dress, eat and head off on a hike arguing about whose pack is the heavier.   I know hill runners who walk, climb, canoe and sail.   Some even drive.  That is the justification for putting up so many of them just acting ‘normally’.   Well, it is for them. 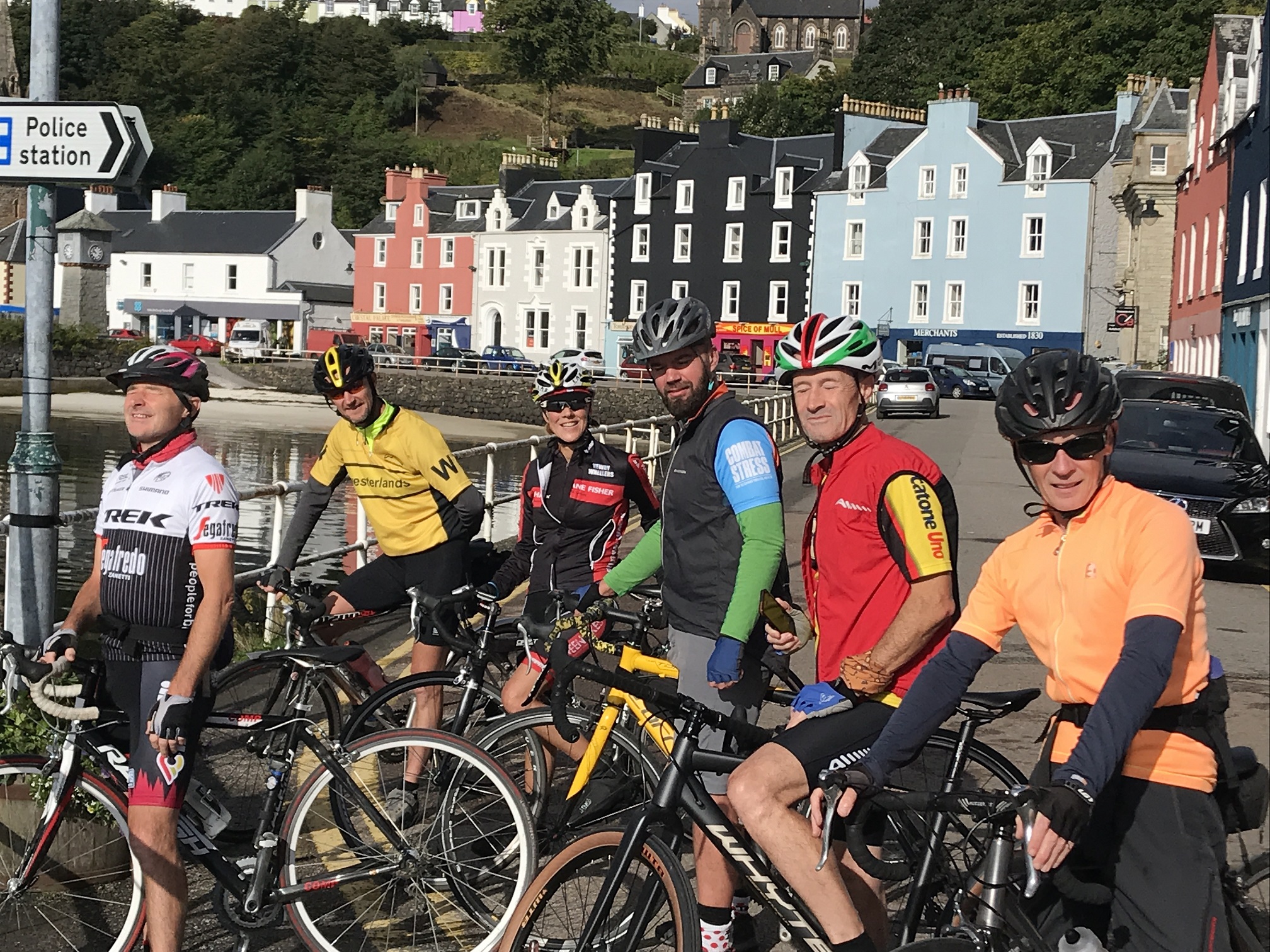 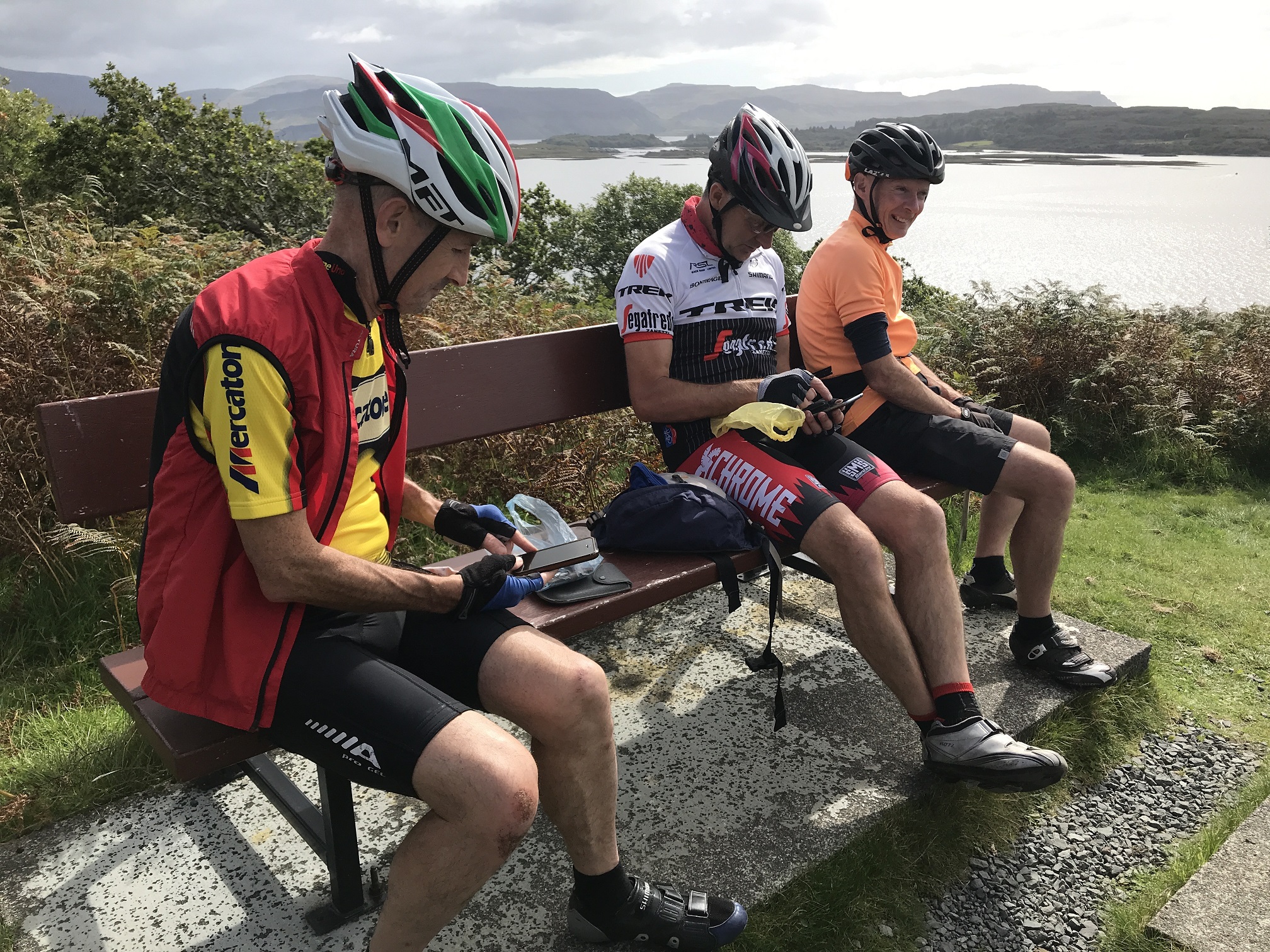 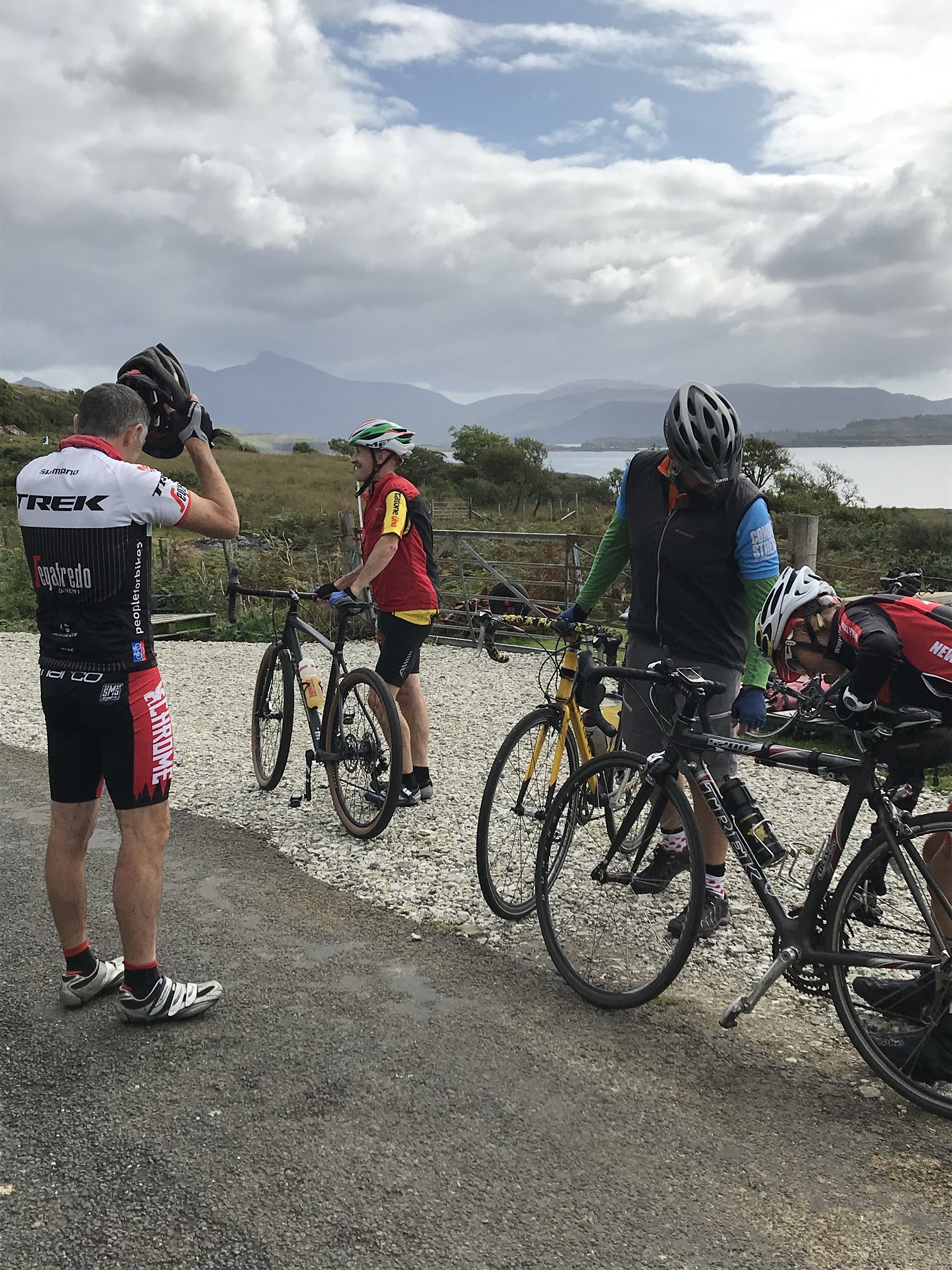 The above are just some of those available.   The next selection is of pictures from a  a trip to the Dolomites,    What we said above of the lifestyle and attitude to the world around us applies.   John’s way was always calm and trusted leadership with Mike Lindsay (another brilliant hill-runner).
…
This website uses cookies to ensure you get the best experience on our website.Learn More Got It