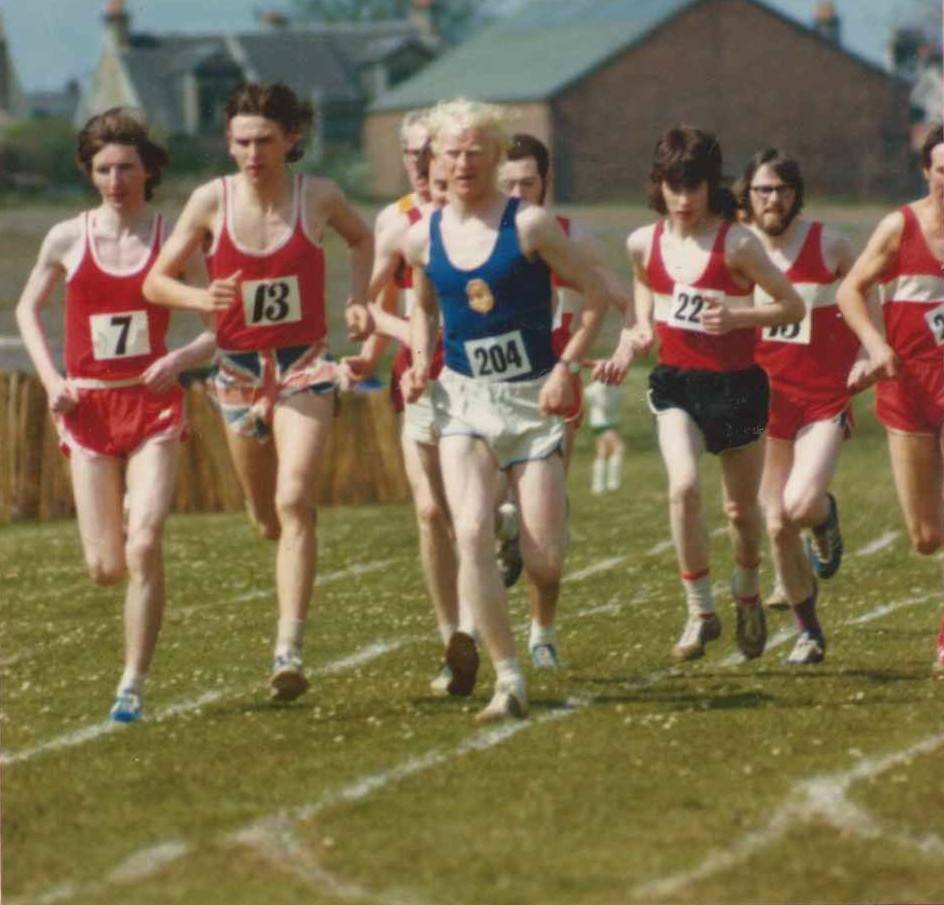 There are two kinds of club man that all Scots athletics supporters admire – those who love the sport for itself and always join the nearest club to where they live.  We all know these runners, get on well with them and respect them.    Then there are those who love the sport just as much but for whom that love is tied in with one club.   Scotland has been well endowed with such men and these are the ones whose motto is “Do what your club needs you to do”.   They run, they serve on committees, they drive mini-buses or lift athletes to races, they do some coaching and even sweep out the changing accommodation and wipe the floor after races.    All essential tasks that must be done – many use their day-job to fund their athletics activities.   Some of these men are included here – click on their names and wonder that so much work is done for no reward other than that of seeing a successfully functioning club.