Graeme Bartlett (Forres Harriers)
Graeme won the Ben Nevis Race in 1993. He ran for Scotland in the World Mountain Running Trophy (in Edinburgh 1995), finishing 4th counter when his team won superb silver medals. He won many Scottish hill races and set records. Graeme contributed to many team victories for Forres Harriers, including the North District championships and the cross-country relay.

This excellent interview, with the highlight a detailed description of Graeme’s dramatic 1993 victory in the Ben Nevis Race, featured in the very first Cosmic Bogtrotters ‘Cosmic Comic’ (Volume 1:1). 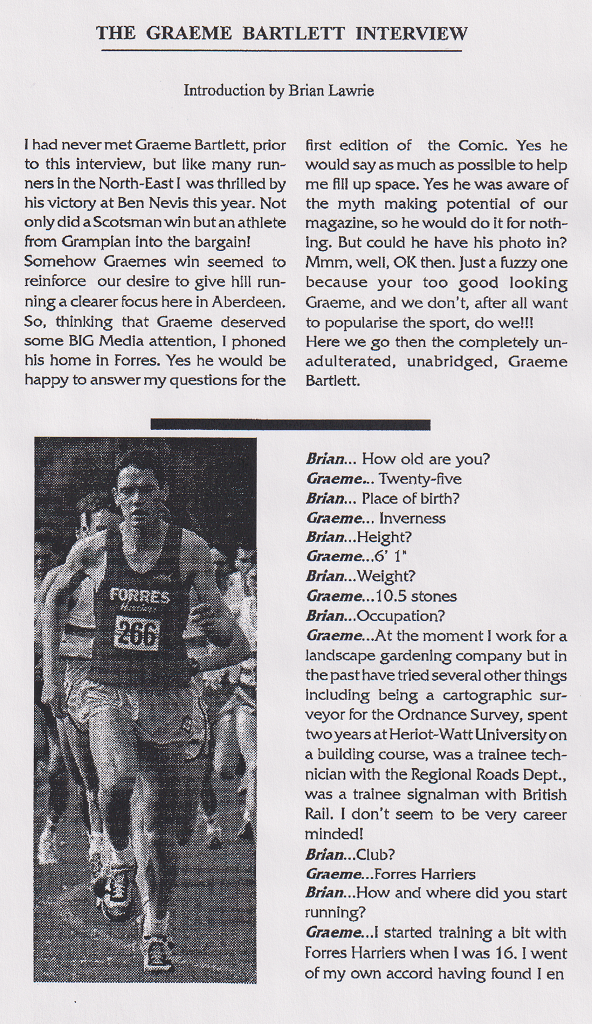 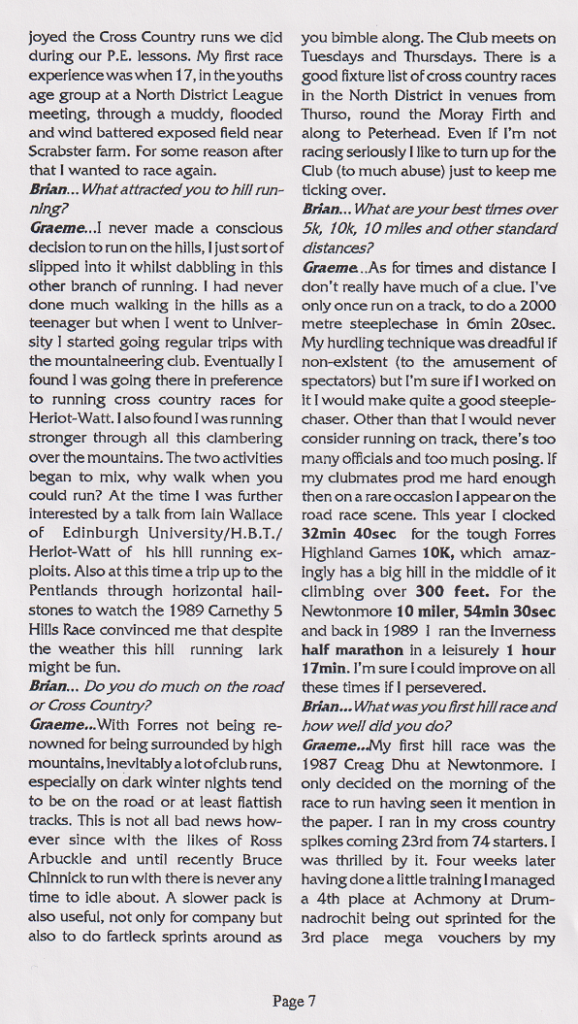 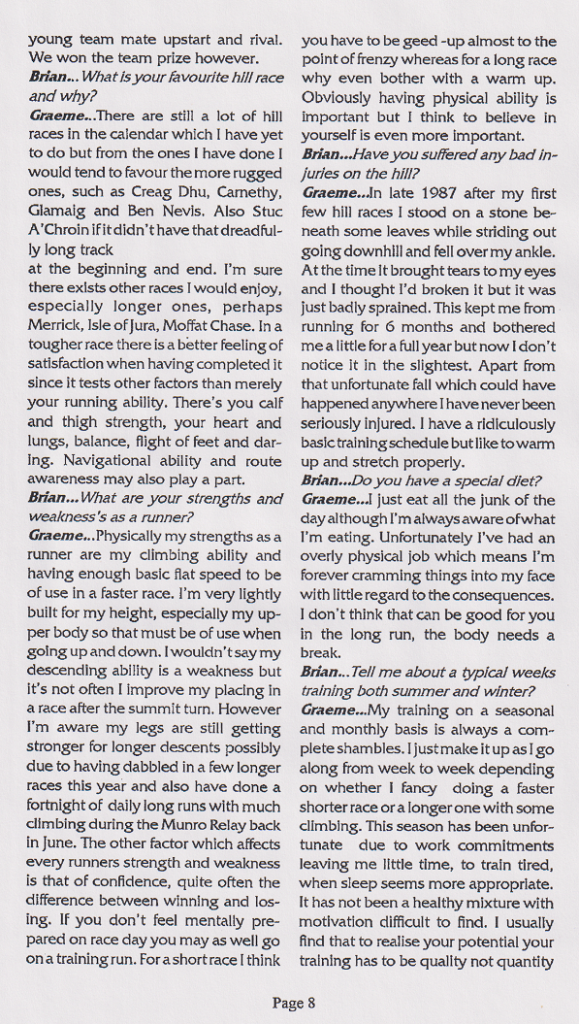 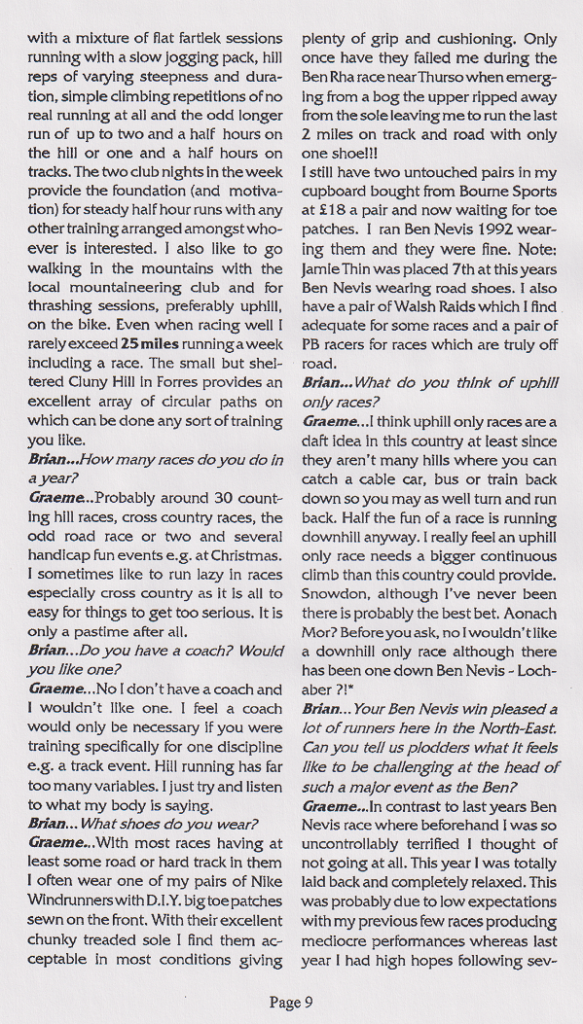 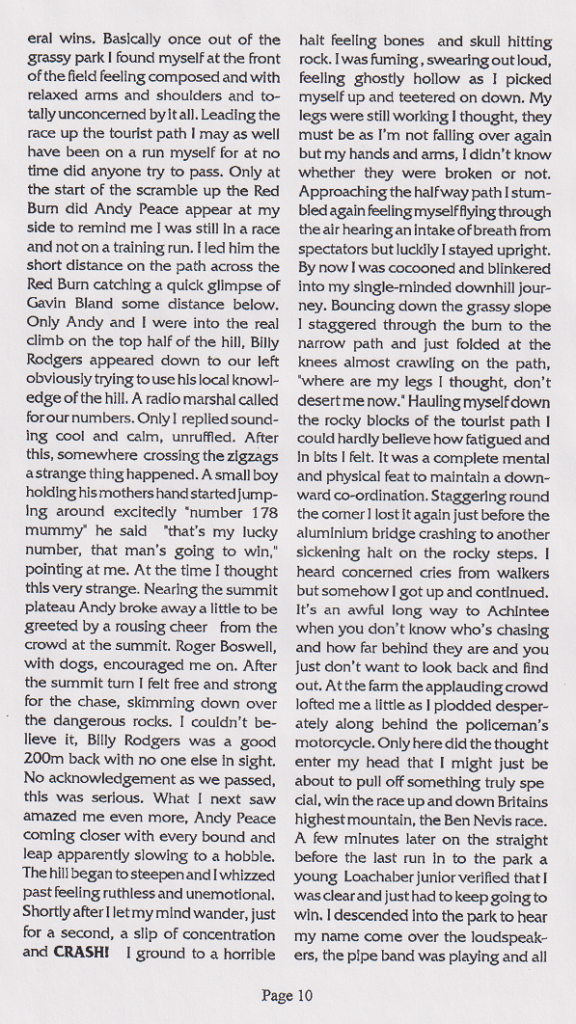 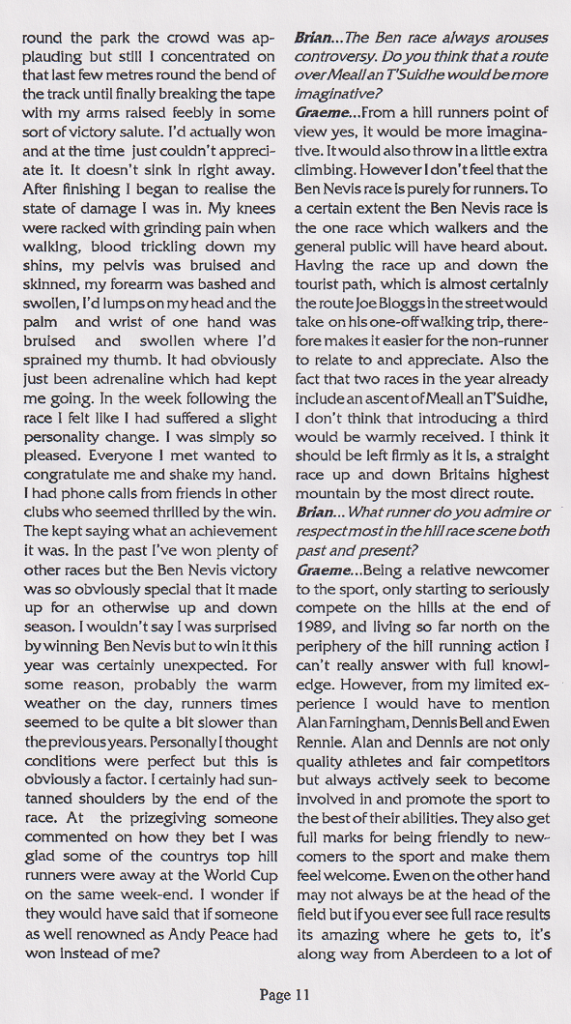 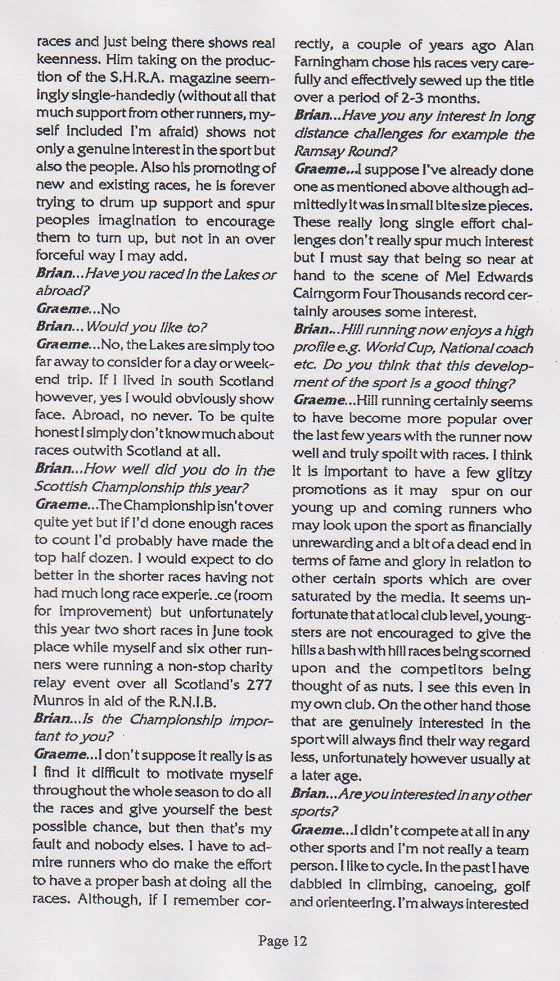 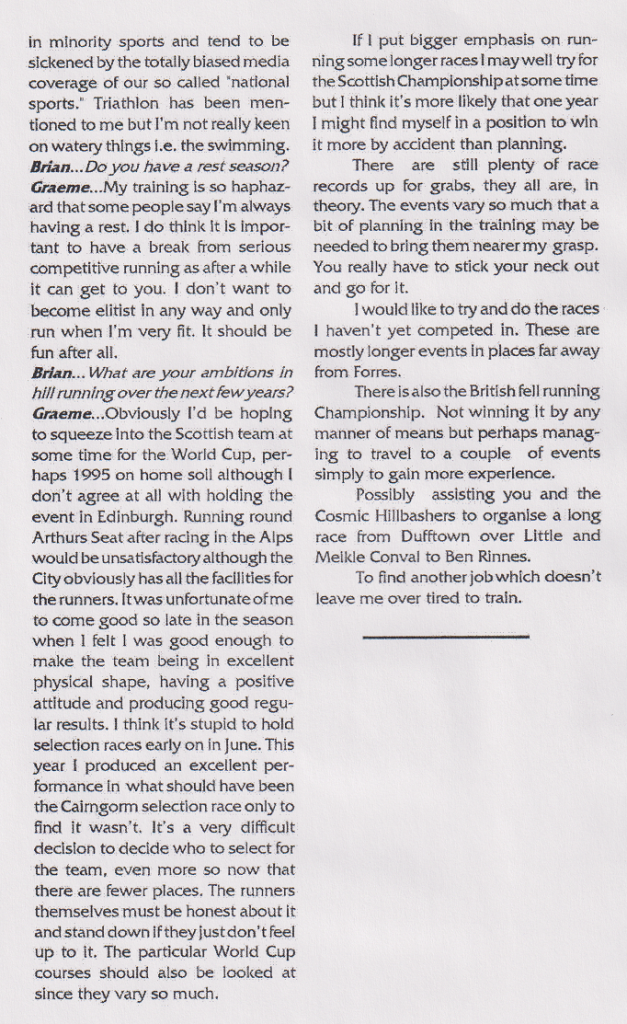