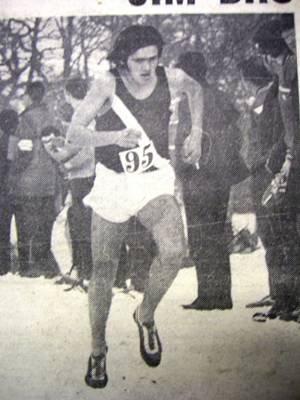 The Coatbridge Five is not really a classic as already defined – it didn’t last long enough, it wasn’t a regular high spot in the calendar.    But when it appeared on the scene in the early 1970’s it had everything – good quality runners, a fast trail with a hair raising descent to the finish, good quality prizes and big fields of real runners.   It used to be said that the value of the first prize mattered but if you wanted a really good field the second prize mattered even more!      Almost everybody wanted to run in it and Joes Small, who is from Coatbridge, has done a short profile of the event.

The Coatbridge 5 mile road race was a short-lived but very high profile race attracting very high quality fields.   The main reason for this was the very generous, for that era, prizes on offer, together with invitations being extended to top road runners from south of the border, whose expenses were paid.

The inaugural race was held on 15th September 1973 as part of the Coatbridge Festival: a music, culture and sport event.   Mainly through the efforts of Tommy Callaghan of Monkland Harriers, sponsorship was obtained from the then Burgh of Coatbridge.   Later, as Monklands District Council, athletics, road and cross country running were all backed financially by the council for a number of years.

The course for that first race consisted of a very fast, flat, three lap circuit around the centre of the town, run on a Saturday afternoon – in the years before the police decided that events couldn’t safely be run on the roads, unless a the crack of dawn on a Sunday morning.   Details of the event have been difficult to come by, but the prize fund for the 1973 race was advertised as being “£200:00, equivalent to £2000:00 in today’s money.   The race was won by GB international Ian Stewart running in the colours of Birchfield Harriers, reportedly breaking clear of the field after two miles and building up a large lead to win comfortably by 150m.   Andy McKean of Edinburgh University finished second with local runner Jim Brown in third.   First Junior was Graham Laing of Aberdeen AAC with Bill Stoddart of Greenock Wellpark Harriers taking the veterans award.

The team race was won by Edinburgh Southern Harriers from Edinburgh University and Liverpool Harriers. 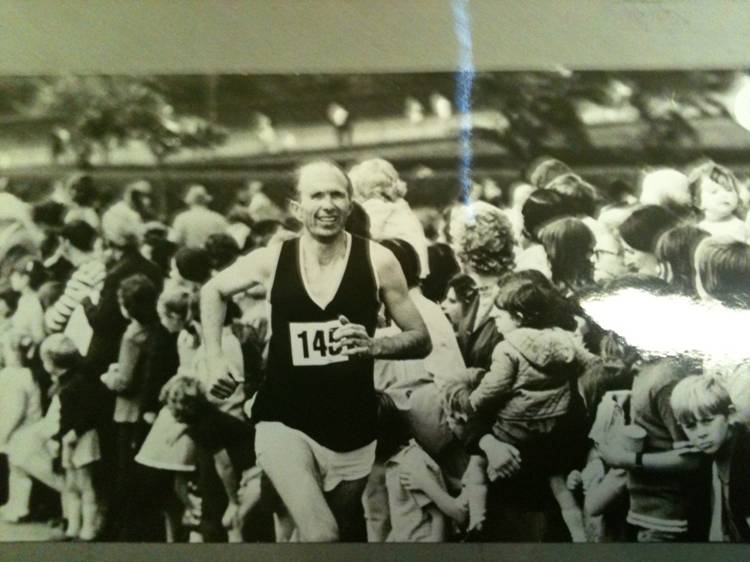 1974 saw the second coming of the race on September 14th.    The race saw the return to athletics of last year’s winner, Ian Stewart.   After a disappointing Commonwealth Games, Stewart had announced that he was retiring from athletics and taking up cycling.   This was to be his comeback race and was eagerly anticipated by athletics followers.   In the event he didn’t figure in the race and finished down the field.   A fast early pace was set by Jim Dingwall before Jim Brown of Monkland Harriers opened a 100m lead in the third lap to win easily in 23:41.    Dingwall finished second with Steve Edmunds of Sale Harriers third.   John Graham of Motherwell YMCA showed good promise to take the junior prize in eighteenth place with Alastair Wood of Aberdeen first veteran.

1975 saw the race move to an October date with a revised course.   Following the opening of the new all-weather track in the town, the route was changed to allow a finish on the track.   The early pace was set by Lawrie Spence, along with Jim Dingwall, Doug Gunstone and Colin Youngson.   However competing in the race for the first time, local Coatbridge runner  Ronnie MacDonald pulled clear on the second lap to record a good win.   Second, again, was Dingwall, with Spence in third.   First junior for the second year was John Graham in seventh.   Charlie McAlinden from Paisley Harriers picked up the vets award in twenty sixth.   MacDonald (1st), Graham (7th) and Joe Small (16th) won the team race for Clyde Valley.

1976’s race saw the runner-up for th past two years, Jim Dingwall record his first win.   Reportedly “storming past” the rest of the field with 600 metres to go he won by 50m from Jim Brown and Frank Clement.   Starting to make his mark in fourth place and winning the junior prize was Shettleston’s Nat Muir.   Jim Irvine from Bellahouston Harriers finished 48th and first veteran.

Although the race doesn’t qualify as a classic due to the fact that it only lasted a few years, in terms of the calibre of competitors and the performances produced, it certainly made its mark on the Scottish road running scene.

I would add that it also serves as an indication of the fact that the top men raced each other, head to head, willingly: not for a good time, although if you beat these guys a good time was guaranteed, but to win.   A race with very valuable prizes now would almost certainly not see invitations go to the best of the English northern brigade.   Scottish distance running was at a high level at that time and it remained so because the best would race the best – and often!