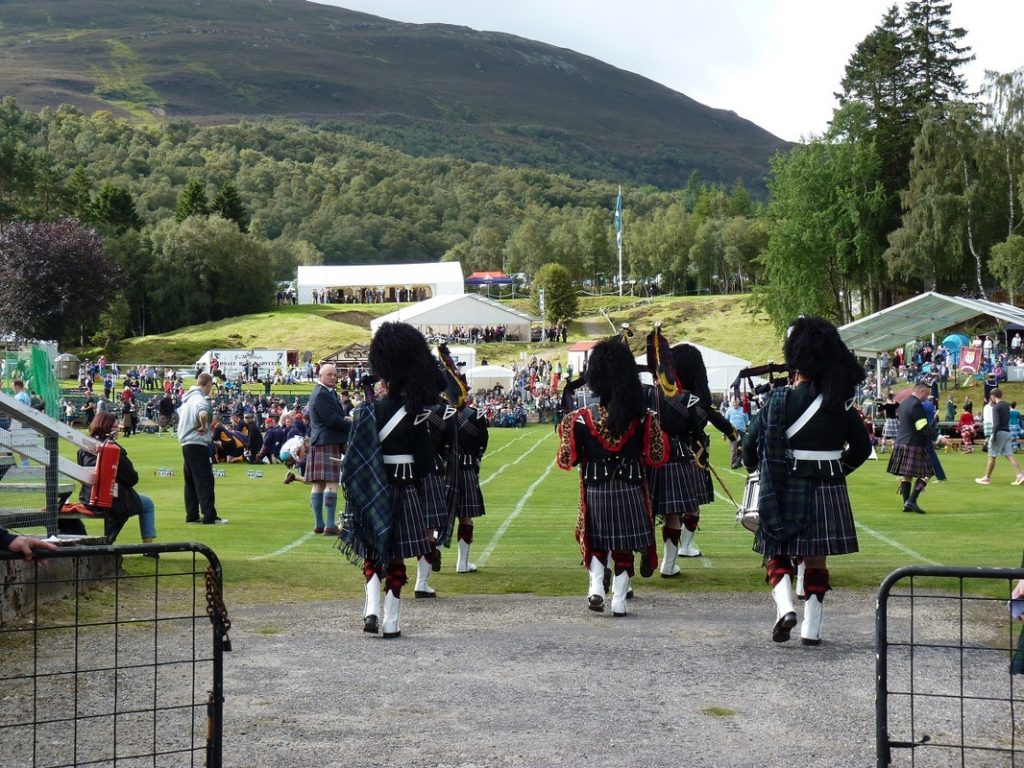 Looking for reports of the Braemar Gathering in the Press at the start of September, 1890, none were discovered.   Not in the Elgin Courant & Courier, not in the Dundee Evening Post, nor in the Morayshire Sentinel nor even in the Scotsman.   There were some minor Royals in residence, there was a gathering of sorts of local aristocracy but there was little in the way of shooting or picnics reported on.   In 1901 the Greenock Telegraph said briefly that ‘The Braemar Gathering is not likely to be revived.’   That was it in total, verbatim.   What was reported in the Press was the progress of the Boer War which lasted from 1899 to 1902.   The hostilities started effectively in October 1899 so were the Games held in that year?

The September issue of the Dundee Courier had headlines such as “NEARING WAR”,  “SENSATIONAL SIGNS”, and “AN ULTIMATUM”, “WAR IN 48 HOURS”, “ACTIVE PREPARATIONS”, “INDIAN TROOPS FOR THE CAPE”.   But the Games side of the Gathering did indeed take place as the following extracts from the Courier (first) and the Aberdeen Journal indicate.

The competitions took place, and there were many of them, and the list of results and presentations from the Journal are below.

The 1899 Gathering was a success by any measurement: Royal presence, march of the combined clansmen, number of spectators, appropriate weather, good competitive athletics and an appreciative crowd plus, of course, the social part of the Gathering for all regardless of status.    As we have seen, there were no Games at all in 1900 or 1901 but in 1902 ….

The Dundee Courier of 12th September, 1902 had one and a quarter full, closely printed columns covering the event.   Under the heading of “THE KING AT BRAEMAR” there were two more announcements – “ENTHUSIASTIC RECEPTION”  and “THE GATHERING OF THE CLANS”.     The King and Queen were there with the Prince and Princess of Wales and the Duke and Duchess of Fife.   The Courier remarked that various reasons caused the postponement of the Gathering for the previous two years.   An understatement.   The well attended Games were held at a slightly different venue – at Clunie, two or three miles from Braemar, on a large field close to the banks of the river Dee.   As ever the clansmen were early arrivals: the Balmoral Highlanders, the Farquharson men, and the Duff Highlanders were all there.   The King and Queen were to arrive at 3:30 and were preceded by outriders in scarlet coats, the various Highlanders were drawn up into an avenue down which the Royal carriages passed.   When they arrived at the ground, the massed pipe bands played the Invercauld March and the Royal carriages arrived at exactly 3:30.   The Games were back and everyone was happy.   As for the athletic and other events, “Among the concluding contests of the day was a hurdle race, part of which took the competitors through the River Dee”.   The King was so interested in this one that he walked down to the river to get a better view where he held a conversation with the headmaster of Winchester College.   The Royal party left at about 5:20 pm.   They had shown an interest in all the events – watching the two miles race ‘lap by lap’ and showed a great interest in all events with the King walking round the ground for a better view of several of them.   The results were as follows.

The 19th century had started in style: The war was over, the Games aspect of the Gathering was also back, Royalty was still interested and involved.   The traditions of the Games, many still followed in the 21st century, were continued.