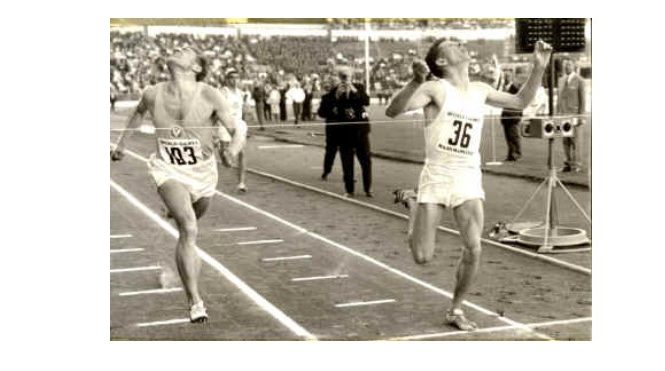 The photograph above shows Alan Simpson winning a typical early 1960’s domestic race.   The races, whether won by Simpson, Stan Taylor, Brian Kent Smith, Mike Wiggs, Brian Hall or any of the other top UK runners, were typically three and a quarter laps of keeping an eye on each other with a final desperate sprint finish.   Even runners who came from abroad fell into that pattern.  Have a look at these results of the AAA’s Mile Championships at the start of the 1960’s.

The times were not slow but the fact that the athletes were content to run as a pack until the final ‘burn up’ indicated to Frank Horwill and a number of other athletics coaches, officials and aficionados a lack of desire to commit themselves.    This was reflected in the coverage of the AAA’s championships where over the years in question the headlines were for Robbie Brightwell, Frank Salvat, Gordon Pirie, John Savidge and others with the mile at times not even mentioned in the reports.  The Daily Mirror report on the 1961 version, run on a wet and heavy track, read as follows: 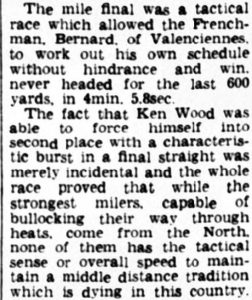 That’s the entire report and the final sentence stands out.  Almost the entire report was given over to Gordon Pirie who won the Three Miles.   That particular event was getting lots of headlines with Bruce Tulloh and Frank Salvat getting more than their share of the AAA’s headlines over the years.  Frank Horwill was  maybe a bit more vociferous than some others.  That was always the case though: I remember at a BMC two day AGM in Liverpool in the 1990’s watching coverage of a major Games with others when Frank stood up, announced “I am going to leave the room to throw up!”   The race on the screen was showing a heavily strapped up Said Aouita leading the field slowly round the tracK.   Frank thought like many of us that the other runners were showing too much respect to an injured runner – instead of having a go at winning it, they were in effect conceding the race to him and thinking only about second place. 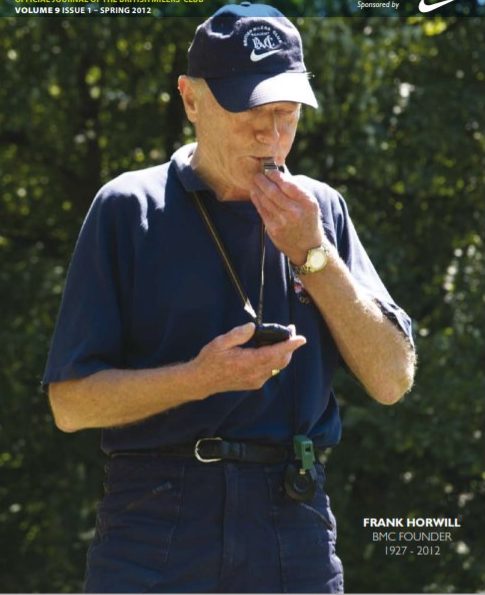 The tactic of sitting in and sprinting has its merits – Brian Hewson won the 1958 European Championships 1500m by doing just that, and, for the Scots the outstanding example of sitting and kicking was Lahie Stewart winning the 10000m at the Commonwealth Games in 1970.   At any rate, there was a feeling in the country at large that the ‘wait-and-see’ tactic had been elevate to an art form by that generation of milers while the rest of the world was passing us by.   Look at the result of the 1500m in the Rome Olympics:

Boring races over the classic mile distance, lack of success in any of the major Games (Olympic, European, Empire) and a lack of any perceived action by the governing led to Frank and some colleagues taking their own action.   That was the situation when the best British milers, like BMC member number one, Hugh Barrow, received a letter from Frank about a new club being set up to foster Miling in Britain to be called the British Milers Club.   That was the start of something which was to become the tremendous success that is the BMC that we all know and which has done so much for British middle distance running.