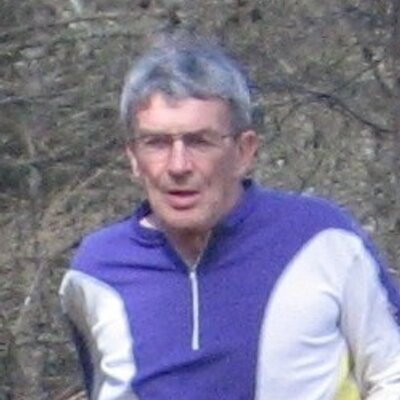 Bill Melville is a very good journalist indeed who is well respected.   He would have been a good journalist whatever his chosen specialism had been: we are fortunate that he chose sport rather than politics or any other subject.   But within sport he had a wide range of subjects that he wrote knowledgeably about.

That was the writer but he was more than that. As his friend and colleague Sandy Sutherland says. “Much of what he did was a service for the sport and he was often press officer for events I attended in a professional capacity and rolled his sleeves up and obtained the result sheets for others, unlike the present generation who are solely interested in getting their story out BEFORE the few journos who are left get their turn!”

Not entirely subjectively, it is possible to say that Bill Melville is one of the better writers and one who really loves the world of sport. One of the top three in Scotland in my 60+ years in the sport.  He has never received the credit that is his due. 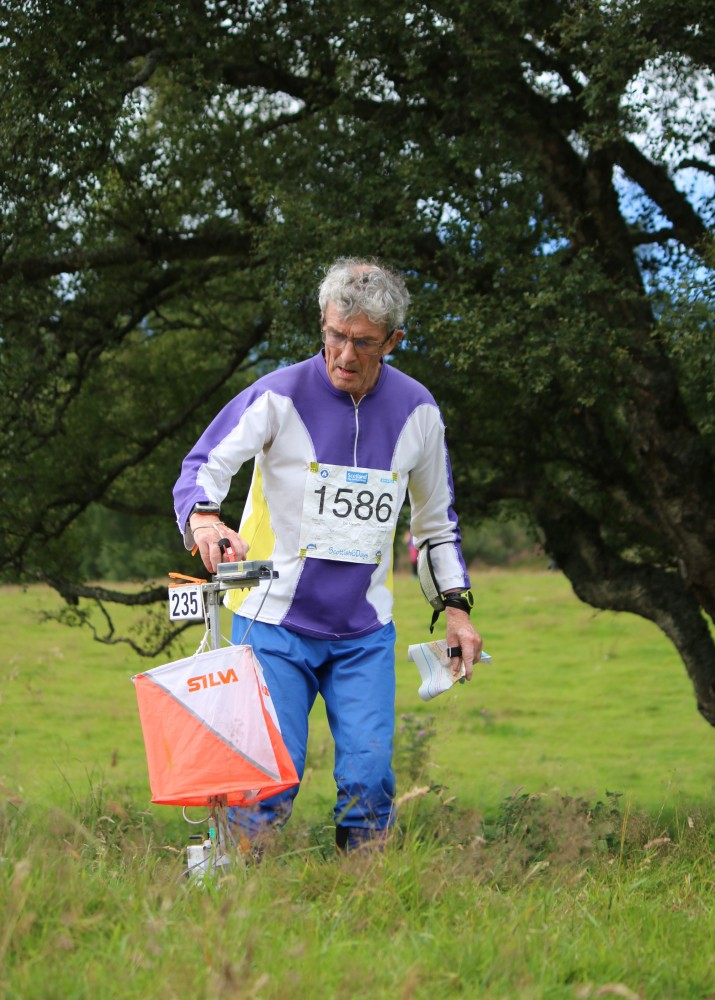 It is always interesting to see how someone gets into sport.   When he was asked about his own journey in his chosen sports, Bill was happy to give us the following outline.
I am  an inveterate sports spectator – everything except football.  Becoming a journalist let me do it professionally.   As a runner I am a participant – road racing, (cross-country a long time ago) and orienteering, which I still do.   I got into athletics by a side door.
When I arrived as a 24 year old in Kenya to take up a teaching job, headmaster Ollie asked if I knew anything about athletics. The American currently in charge of organising “track and field” was about to leave at the end of his contract and they needed a replacement.  Athletics was the after-school sports activity for one term in the year….. the one just coming up.   I had done athletics at school and had watched the Olympics on TV so I said – OK.   It was a decision that guided my life thereafter.
We had a few good athletes which was a pity because I knew nothing about coaching and training them.   They were competing at about 5000 feet in altitude, on grass, in bare feet, which made some of their performances nothing short of remarkable.   Heading the list of talents was 18 year old Abdul who could clear over 22 feet in the long jump.   And then there was Peter, same sort of age, who was around 4 Min 20 sec for the Mile.   Both competed in bare feet on rough grass.   That came out of two hours training each week during athletics term time..
As the term got underway we were looking forward to a couple of inter school matches, which we duly won (my predecessor had done a good job), and the local area championships with teams from all over the district supplying the opposition.   These were not school teams. They were local area squads and included everything from tiny girls (mostly running the six miles), to big, well built blokes like Magwe who won all of the running events from 440 yards up to the three miles.
(If you want to see what it was like – look up the You Tube page  https://www.youtube.com/watch?v=iYSCbprPbDw  .
The track was in better condition in my day but it catches something of the atmosphere).
Magwe went on to the national championships in Nairobi as the core of the local team taking on the likes of Wilson Kiprugut, Kip Keino, Temu, and Kogo.
Next year Abdul won through to the long jump in Nairobi, enjoyed his trip into the big time but finished out of the medals.
I always said, and still say, that the Kenyan system  – feeding athletes from local areas up to the national championships on an annual basis was a major reason for Kenya’s international strength in the sport. This was the way that their hidden talents were unearthed and passed on to athletics nurseries in the police force, prison service and army.
The school staff was mainly made up of young foreign guys like myself from the UK and USA. That first athletics term, someone suggested that we should see if we could run a mile – NON-STOP. The very thought of it was breath taking. It took a few weeks of trying but in the end we all managed it.   And that was me started in my life long running career, and it must be said, a life long interest in going to athletics events. 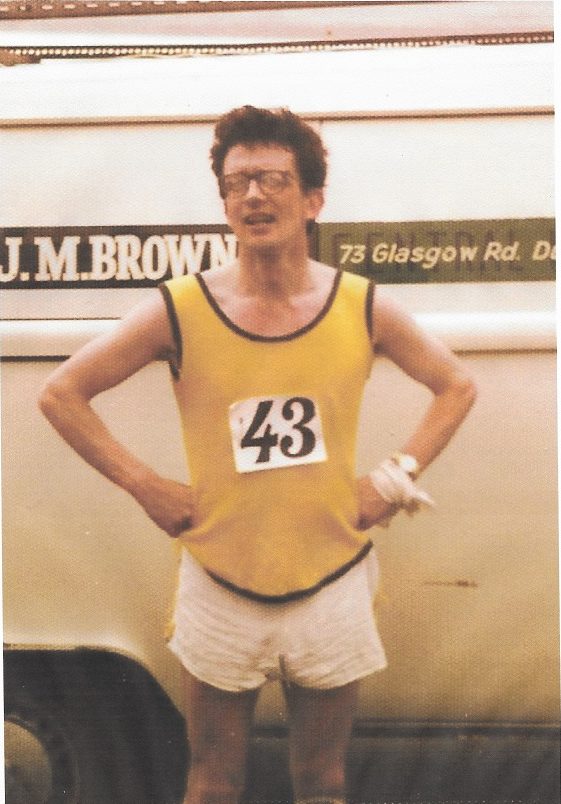 Bill after the Clydebank to Helensburgh 16+ miles in 1976
(Note the old road runner’s dodge of the hankie tied to the wrist for easy mopping of sweat)
On my return to Scotland I joined the long since defunct YMCA club in Kirkcaldy before going on to play a leading roll in setting up and organising a new club in Glenrothes. After a move to Ayrshire I joined the Kilmarnock club and helped develop the short lived Ayrshire Club amalgamation designed to give our top athletes a place at the top table in the summer leagues and at road and cross-country events.   I competed without distinction across the spectrum in search of league points for my various clubs- everything from sprints to throwing the hammer, a close to disastrous outing in which the hammer almost threw me.  I threw the javelin with style but not very far.
“I was out regularly on the country and roads – one of the many who targeted and bettered 6 minute mile pace.  Good enough to see me well up in any of today’s mass turnout road races.
My best outing came in the Balloch 12.1 miler which finished up the main thoroughfare in Clydebank.  I arrived late at the line, started back in the field and found my pace slowed as I worked my way through the slower back markers. But then I picked it up slowly and found myself passing and dropping people I had no right to better. I went through 10 miles in around 56 or 57 minutes – my best ever time for the distance. But shortly thereafter, i was in trouble. I didn’t exactly hit the wall. I had done that in the Edinburgh – N Berwick and knew exactly how that felt. But my legs tightened, muscle hurt and my pace didn’t just fall away, it collapsed. While sub-70 had been on the cards  I crossed the line in just under 72 minutes.
I was heavily involved with Irvine AC by that time, represented the club at the West District Committee meetings for some years and helping Jim Young and his organising squad at many of the local races. “
Bill is being a bit hard on himself here.   Six minute miling is not bad running at all – it would give you a 2:36 marathon for a start and not too many years go (ie after 2010)   there were only two marathons run by Scotsmen in Scotland in 2:30 or faster.   But running is also about competing.  Bill’s comments on cross-country, based in his experience are worth reading. 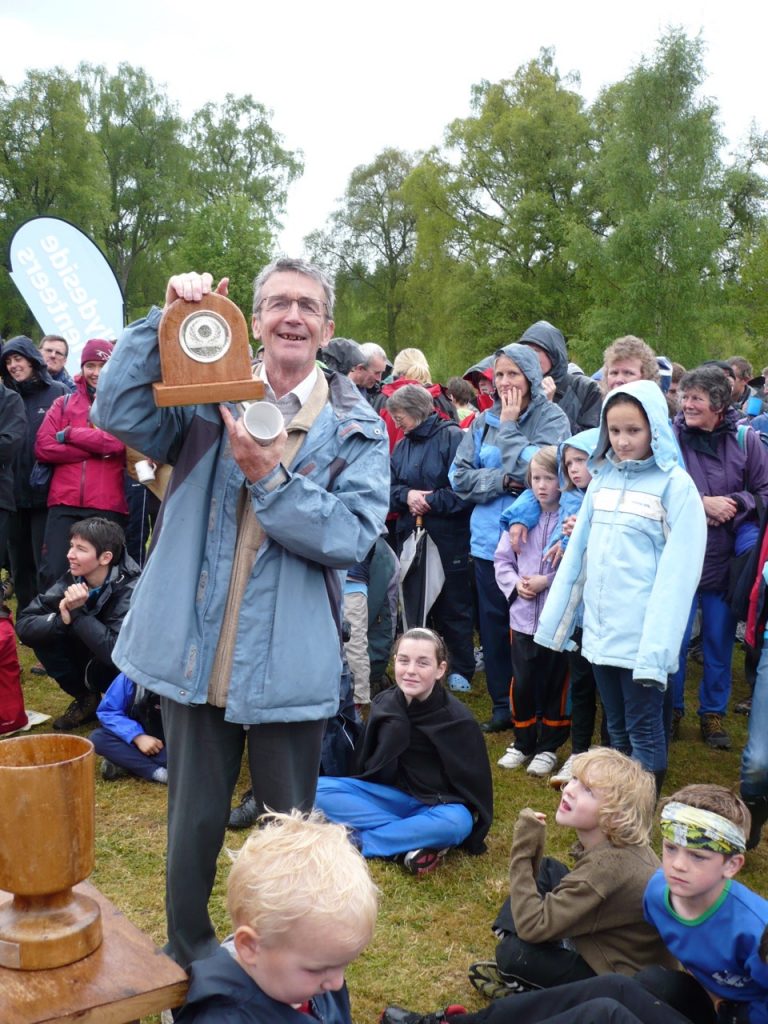 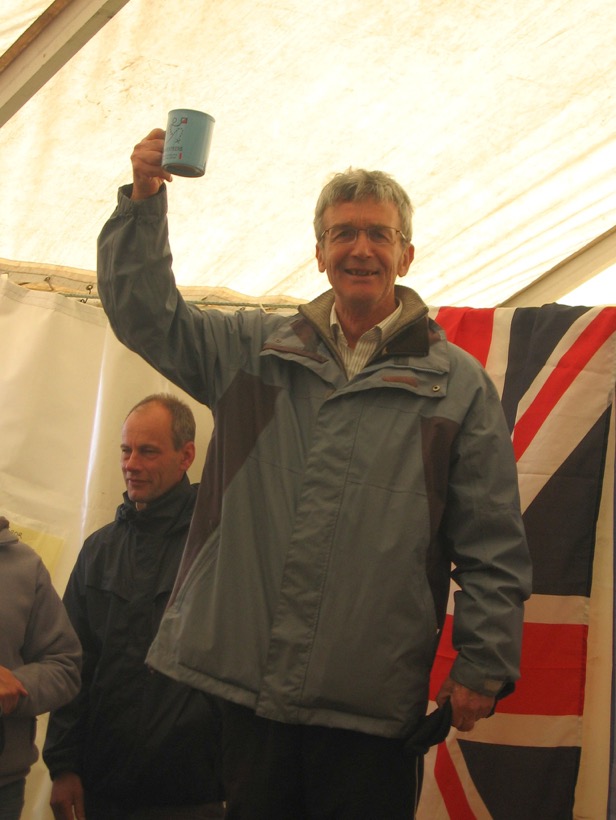 Winning in Yorkshire
He goes on: By this time I was also very involved with orienteering. A handbill on my car windscreen at a cross-country event aroused my interest. I went along to what turned out to be a district championship and finished runner-up in the M35 class.
My family took to orienteering more than I did. They could walk around a short easy course finding all the control sites while playing in burns or climbing on trees and  boulders on the way. Meanwhile, I was running too fast for my orienteering skills. Inevitably the man walking the course in wellies and raincoat would catch me up as a I searched out the next control.
But orienteering offers something road or country running does not. It is less monotonous, you have something to think about as well as running and like sinking a good putt you can get that certain feeling by running around a tree or boulder or over a hill and finding the marker just where you thought it would be.   I have orienteered all over the UK,  In Canada, New Zealand and Hong Kong in multi day events in half a dozen European countries.  There is more detail in my book – free on Kindle – Year of the Perfect Run.
In 2013, a friend introduced me to parkrun. I ran a few times at Dundee’s Camperdown course before getting the idea that something closer at hand and a bit less hilly was needed in my advancing years.  With a lot of help from the local authority and other runners I set up Perth parkrun. I am close to my 200th run and have volunteered 79 times as of January 2020. What is it they say – running is dangerously habit forming.”
How good is Bill as an orienteer?   Olympic, Commonwealth and world class athlete as well as very talented orienteer, Gareth Bryan Jones says, “Bill was always a very skilled orienteer, challenging for places in each age class as he moved up the age brackets.   He is still competing regularly in the M75 class.”   Every runner has his own opinion of what was his best ever run.   For some it was in a minor county championship or some race like the Beith New Years day race, for others it might have been a national event like one particular run in the national championships or a stage of the Edinburgh to Glasgow relay.   When I asked Bill what was his best race/s he said:   “Very few awards for competition success. As I said, I am a participant athlete not a medal winner. I have, however, won a few Scottish age group trophies in orienteering from about M60 onwards and a third place (age group) at the British Jan Klellstrom Festival. The Hungarian win was M70 at the Hungarian Cup Five Day Event.”
For me, the Hungarian win was the tops.   Five races over five days, against the very best in his category, was a real test.   Look at the variables – unknown trails, where at home he knew the different conditions at every race he entered, opponents that he knew not of, a time difference (and that matters more than many realise), language – and you see the magnitude of the task.   And it was not covered in any of the Scottish papers that I checked
. 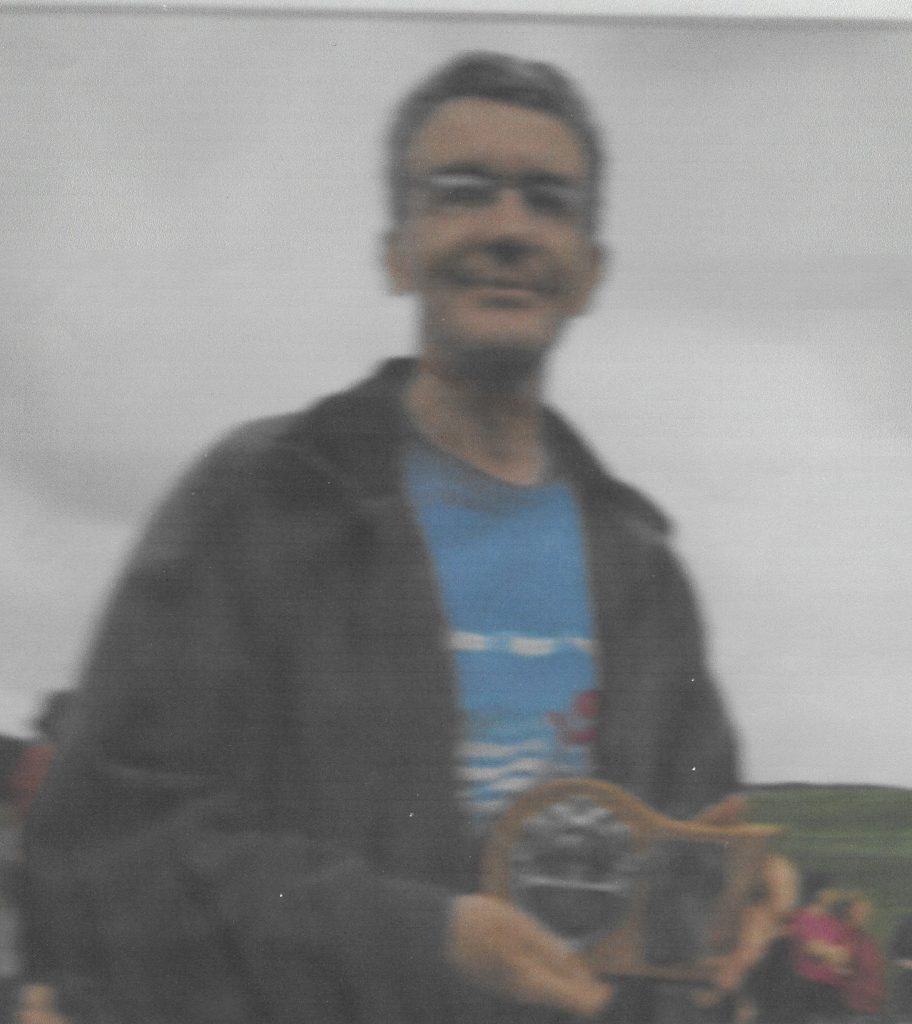 My own opinion is that running is more a disease than a sport but Bill’s comment about it being habit forming is accurate – there is much more detail in his book – which is free on Kindle.   Bill goes on to point out that   “Journalism was then my second career.”    We will look at that on the following page.
Bill Melville: Journalist
This website uses cookies to ensure you get the best experience on our website.Learn More Got It