There are pages of Alastair’s photographs on www.anentscottishrunning.com but we have recently received some more from the 1970’s and 80’s which are reproduced here with some of his comments where they are appropriate. 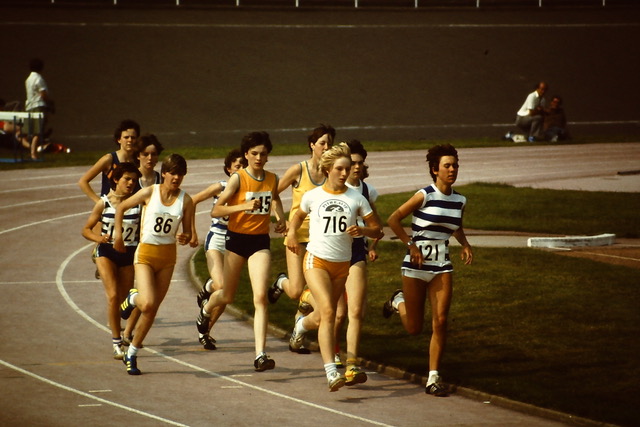 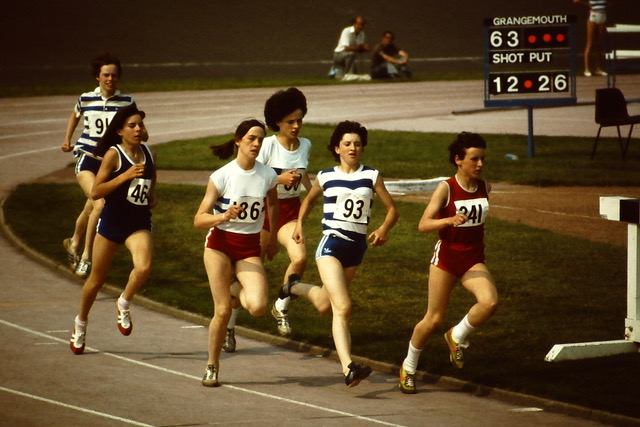 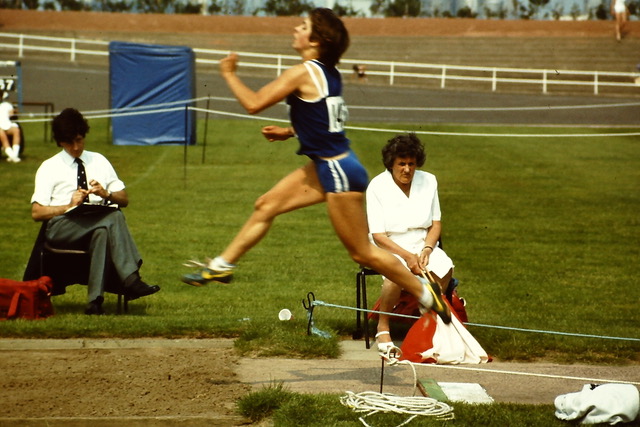 Madge Carruthers with the flags 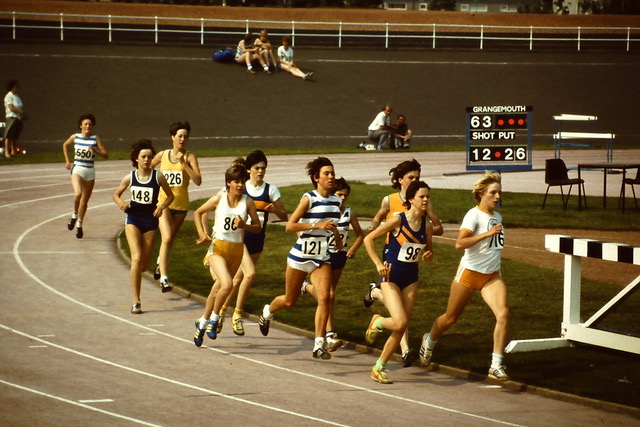 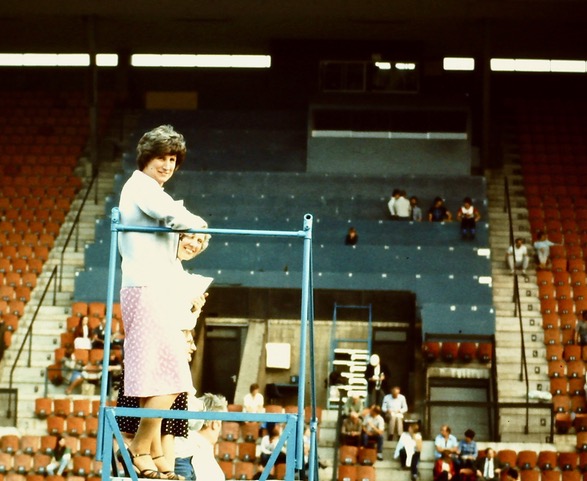 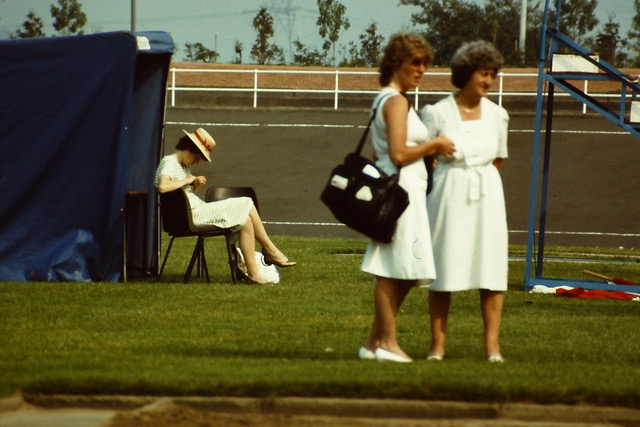 Alastair says: Former 400mH Internationalist Sarah Booth lounging about in her boater whilst Hilda Everett and Isobel Robertson have a natter.

The next group is from the Dundee BA Games in 1984, 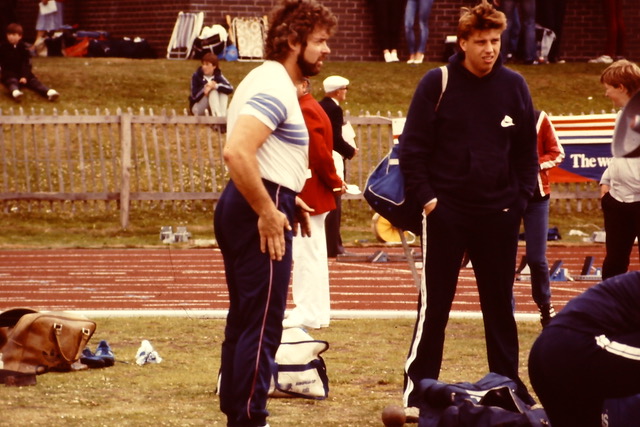 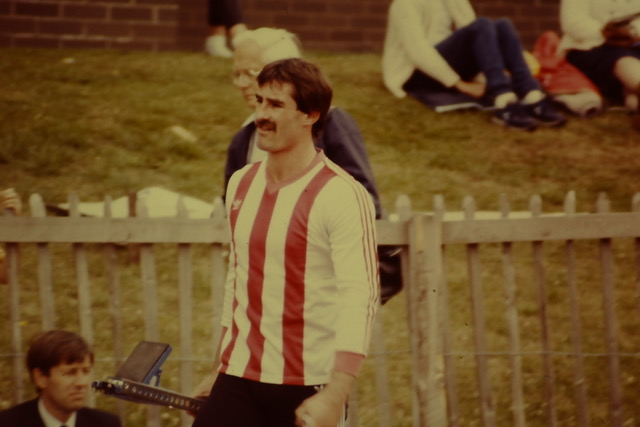 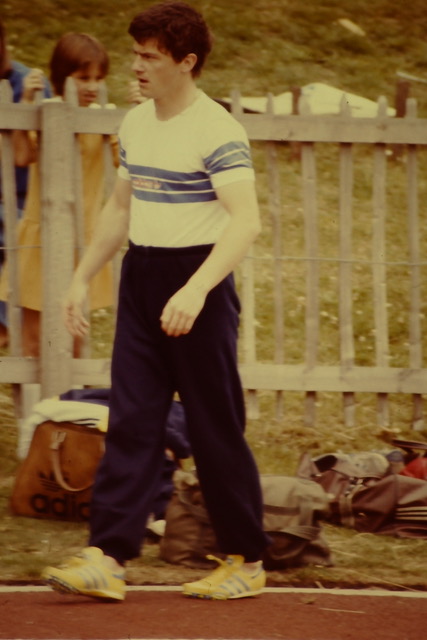 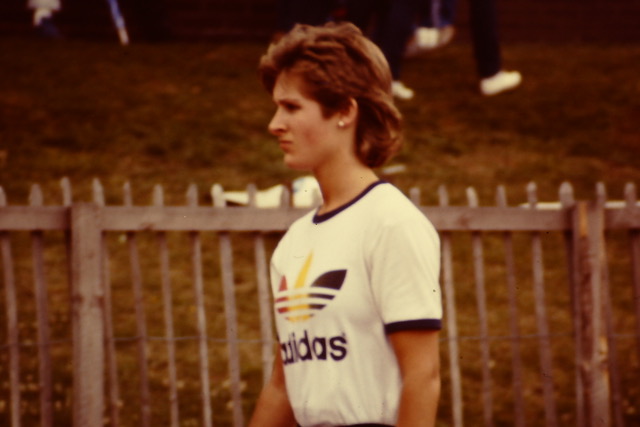 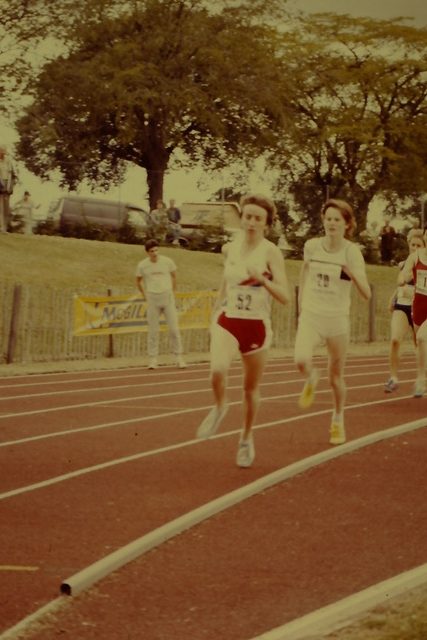 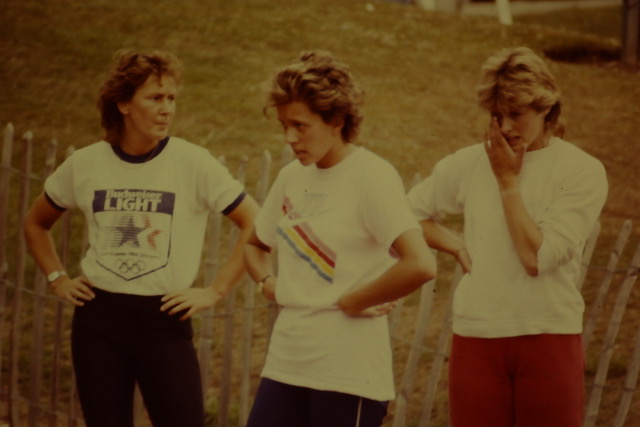 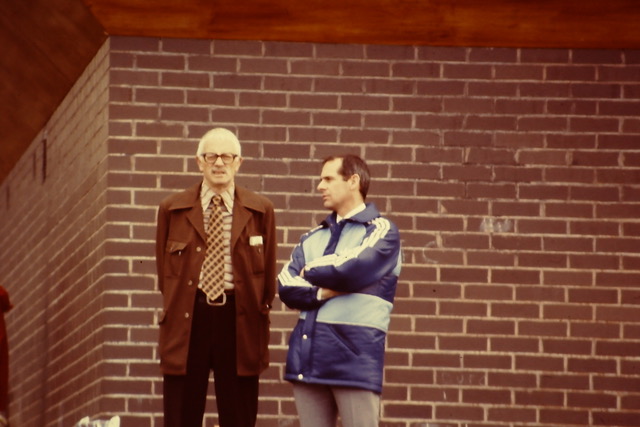 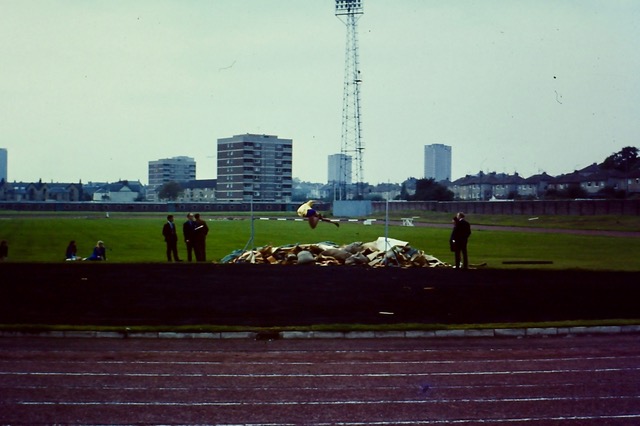 Alastair says:  The slide is marked as being Moira. I seem to recall she started out using the Western Roll before the Fosbury Flop came into fashion. A good example of how basic high jump landing areas used to be. From the clipboard in the hand of the man to the left I guess it was a competition, possibly a pentathlon as there is another photo of the shot which, whilst not marked as Moira Walls, is someone of her build in the same Western colours. 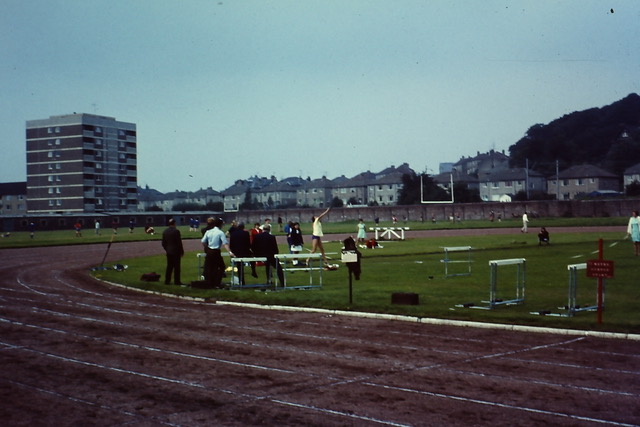 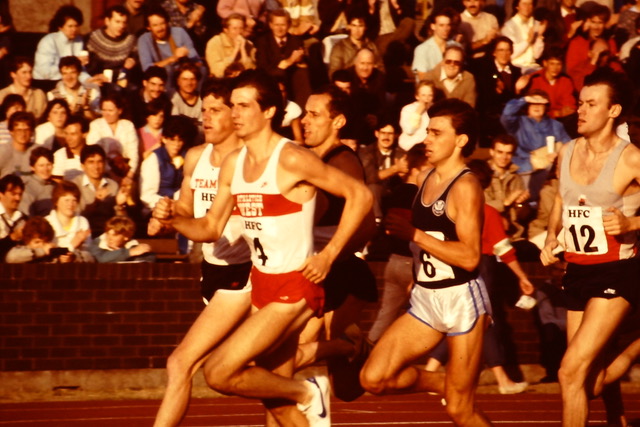 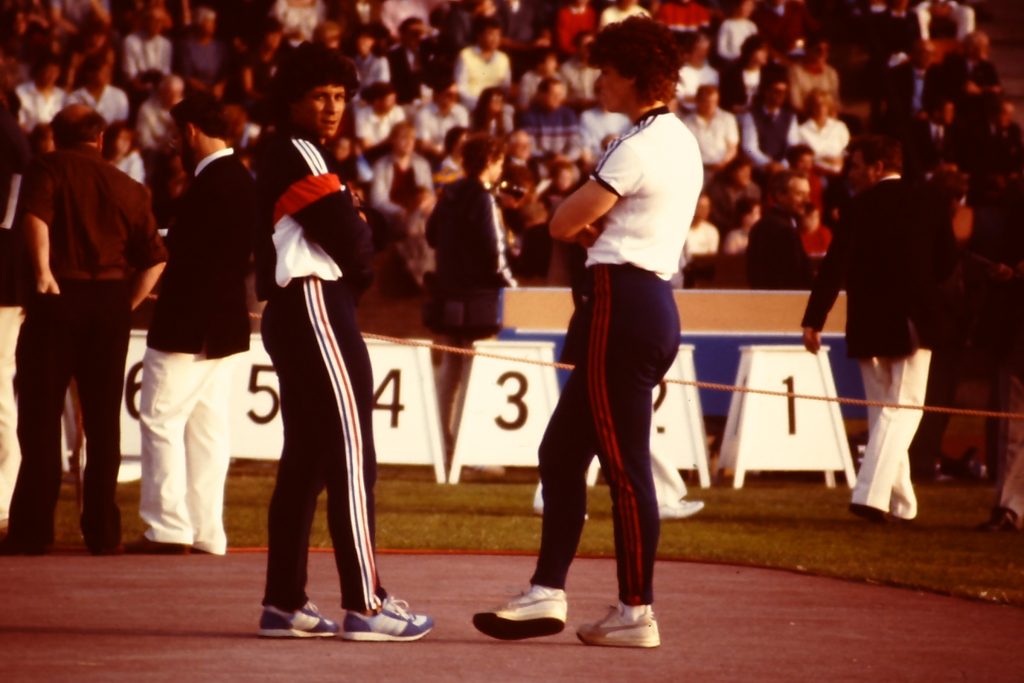 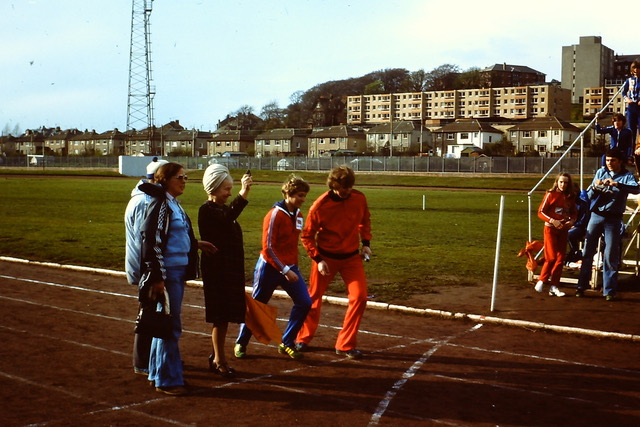 I took this one but I can’t recall the specific event which may have been a fundraiser. However you may remember Connie Methven put forward a proposal in the late 1970’s for Glasgow to host the Olympic/ Commonwealth Games and I think it may be related to that. This would square with Christine wearing the GB tracksuit as she ran at the Montreal Games. Alan would have been at the peak of his career at the time if we’re talking 1976/77
This website uses cookies to ensure you get the best experience on our website.Learn More Got It